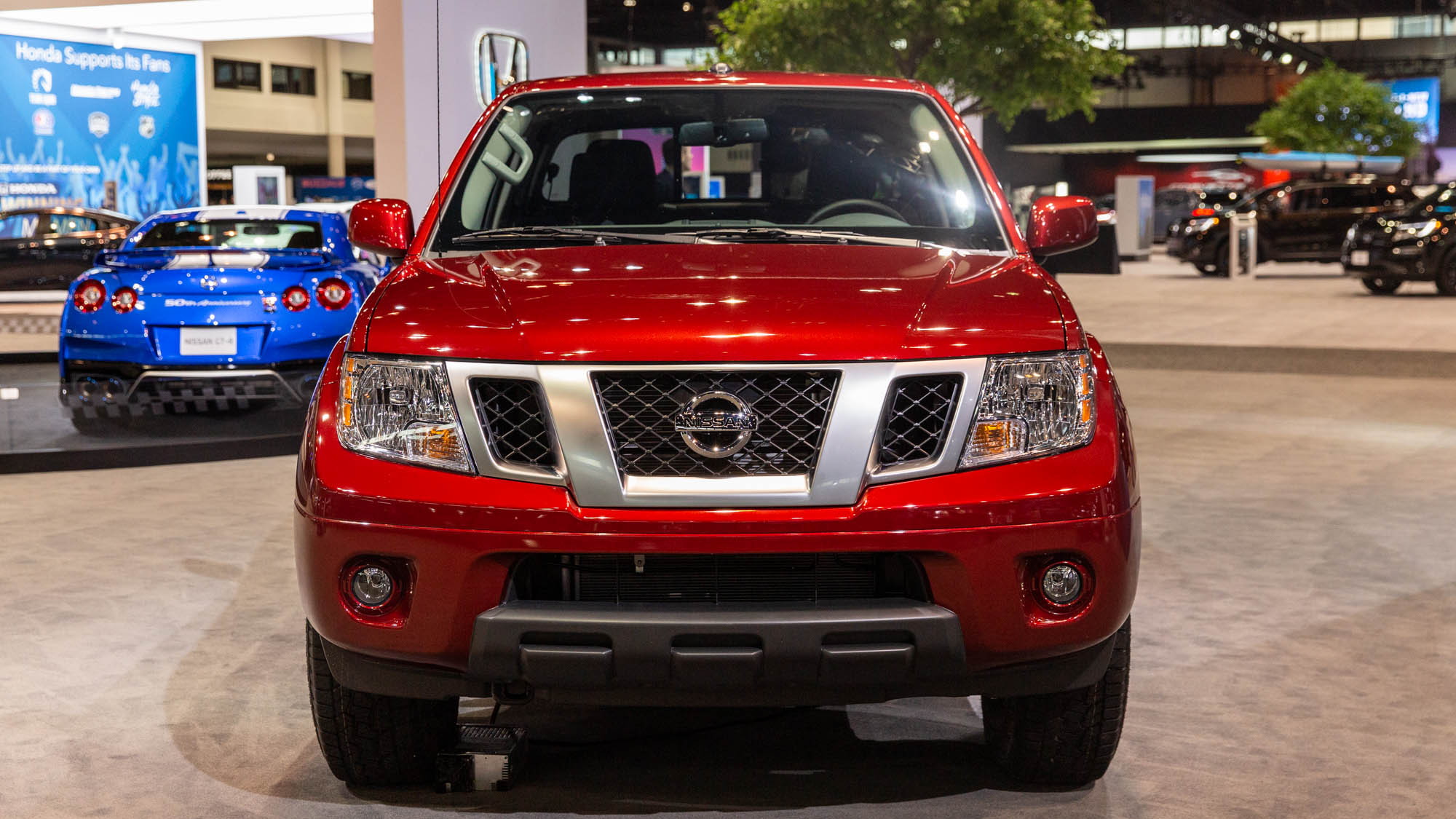 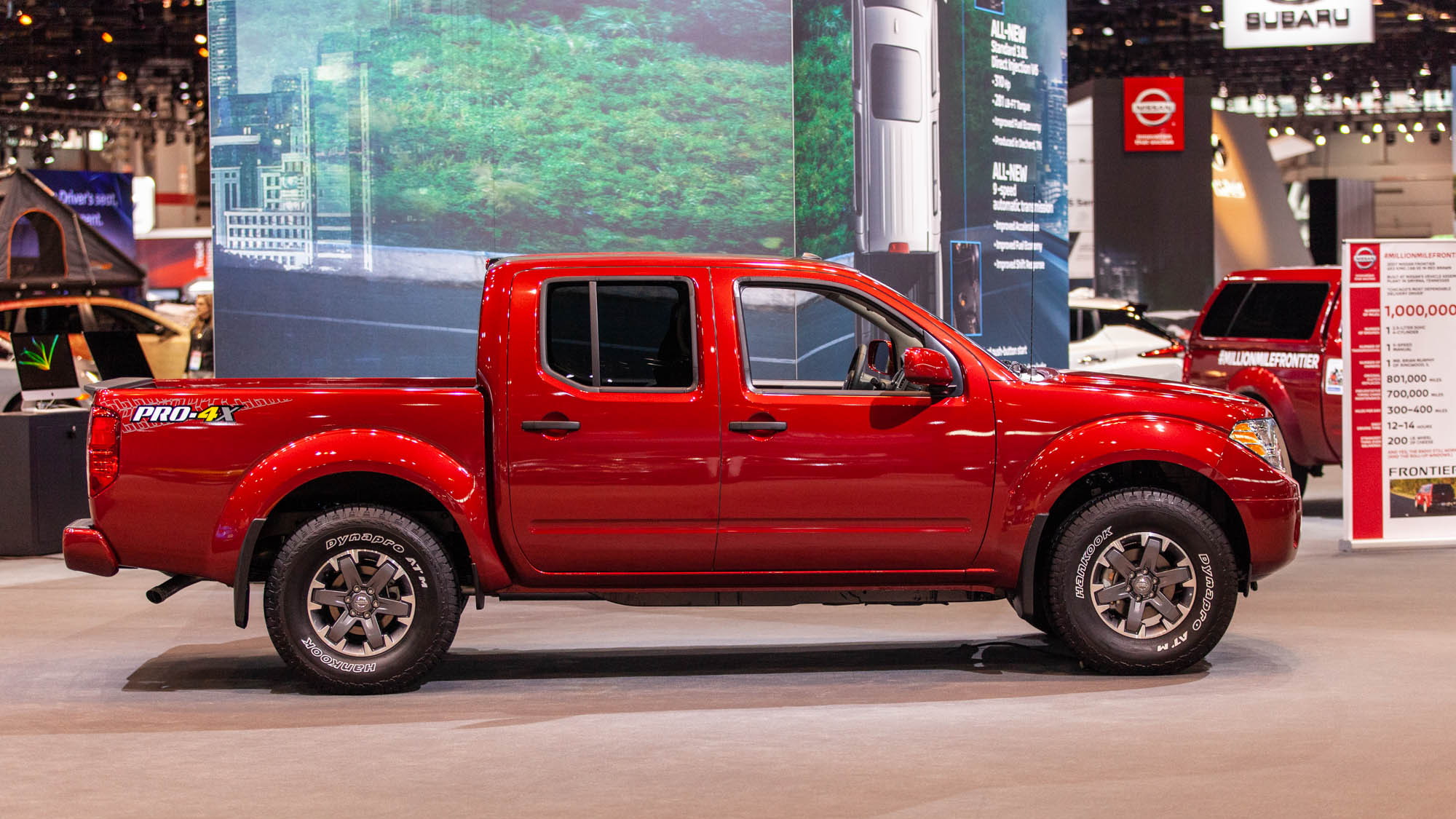 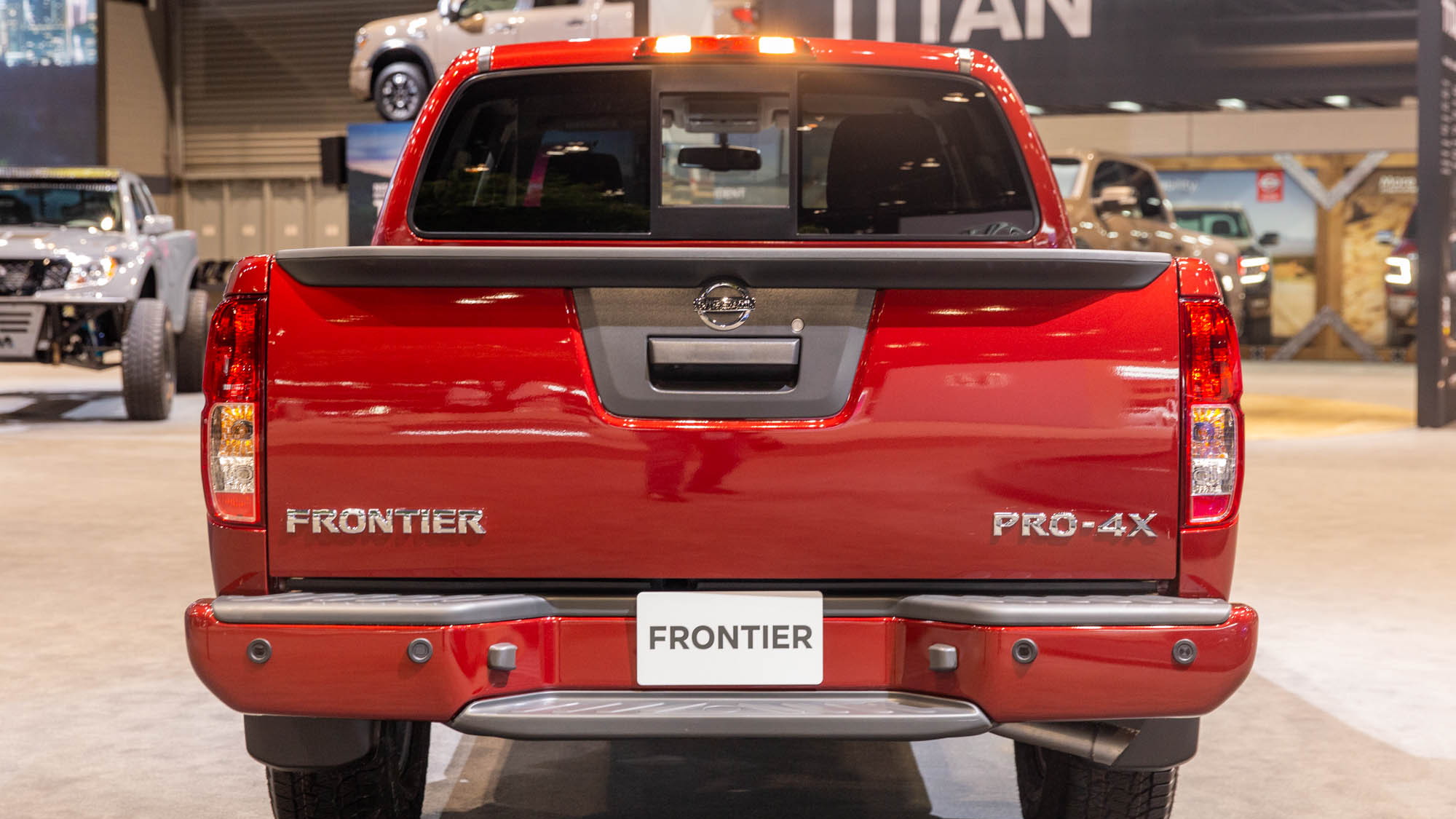 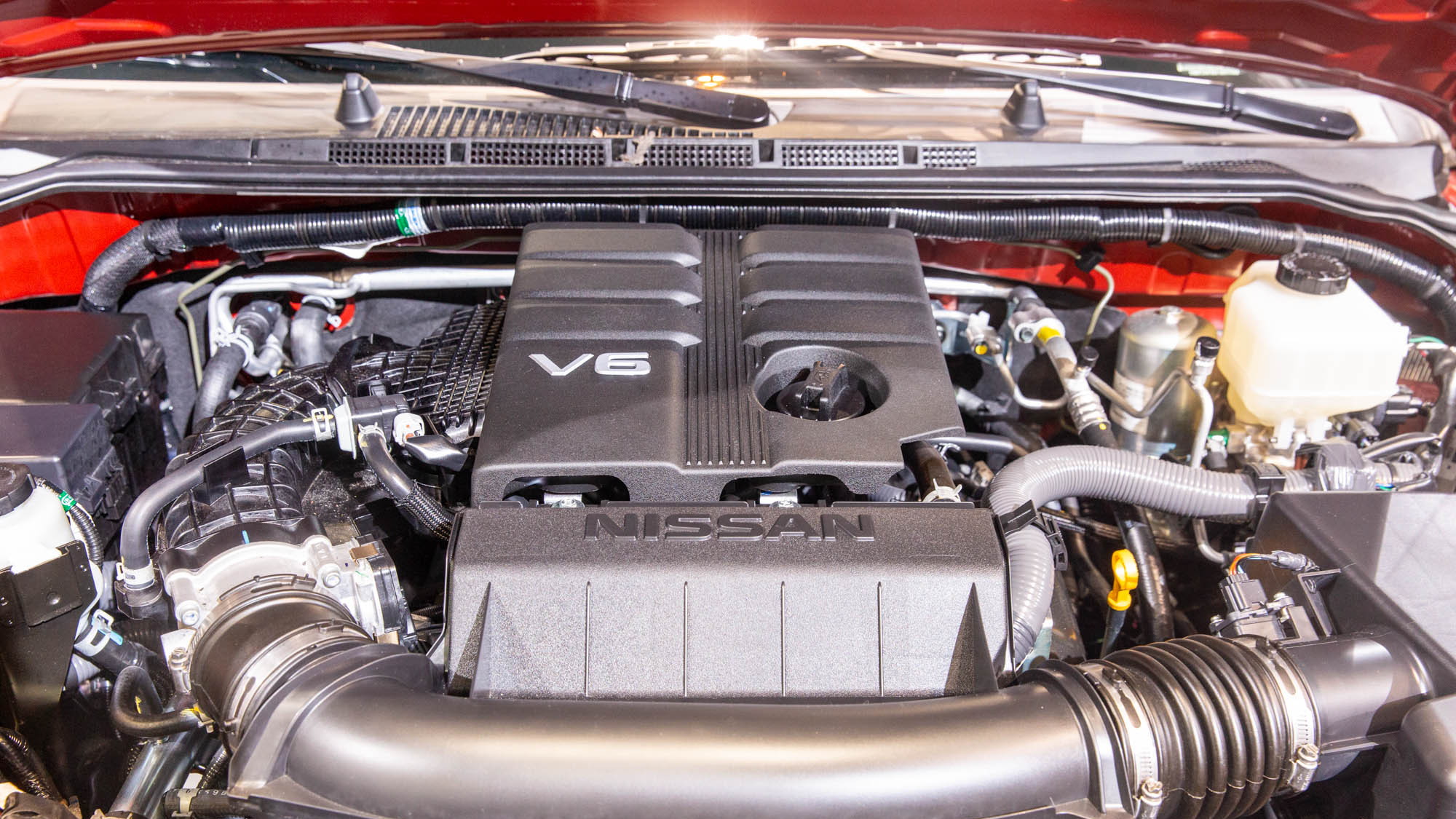 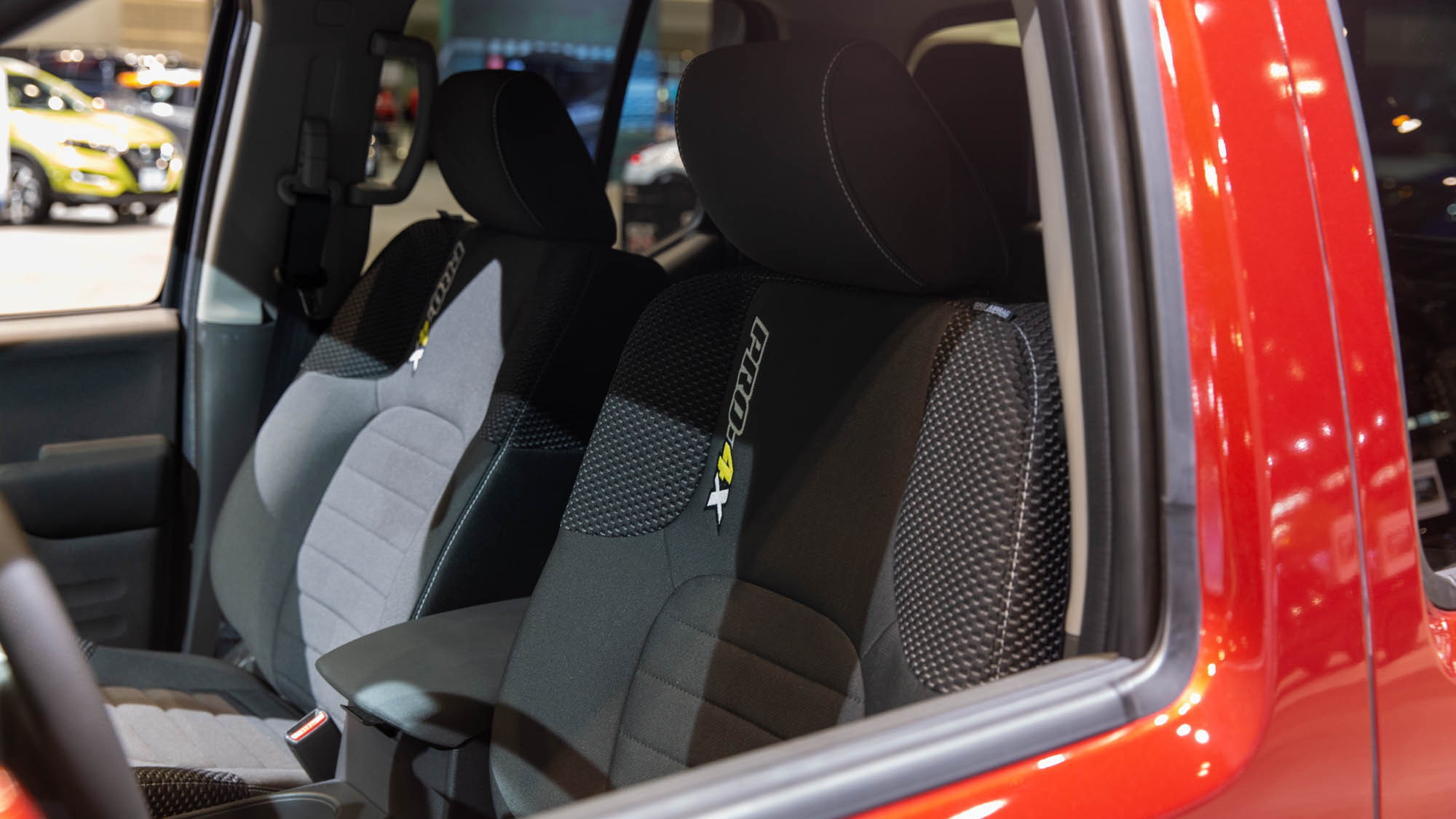 With the 2020 Frontier, Nissan is taking the unusual approach of swapping the bulk of the mid-size pickup’s powertrain for a short final model year before a redesigned truck bows late in 2020. Nissan showed the revised pickup on Wednesday at the Chicago Auto Show.

A new, direct-injected 3.8-liter V-6 provisionally rated at 310 horsepower and 281 pound-feet of torque sends power to the rear or all four wheels through a new (for the Frontier) 9-speed automatic transmission. The V-6 is a clean-sheet redesign rather than an evolution of the 4.0-liter V-6 used in the Frontier for the last decade and a half, and it is unrelated to the twin-turbocharged 3.8-liter V-6 in the GT-R supercar.

The automaker didn’t comment on whether the new engine was designed for a full hybrid or 48-volt mild-hybrid powertrain, and it has not said whether it will be offered in the larger Titan pickup.

Nissan promises fuel economy will be about 10 percent better than that delivered by the base 2019 Frontier, which uses a 2.5-liter inline-4 that has been discontinued. 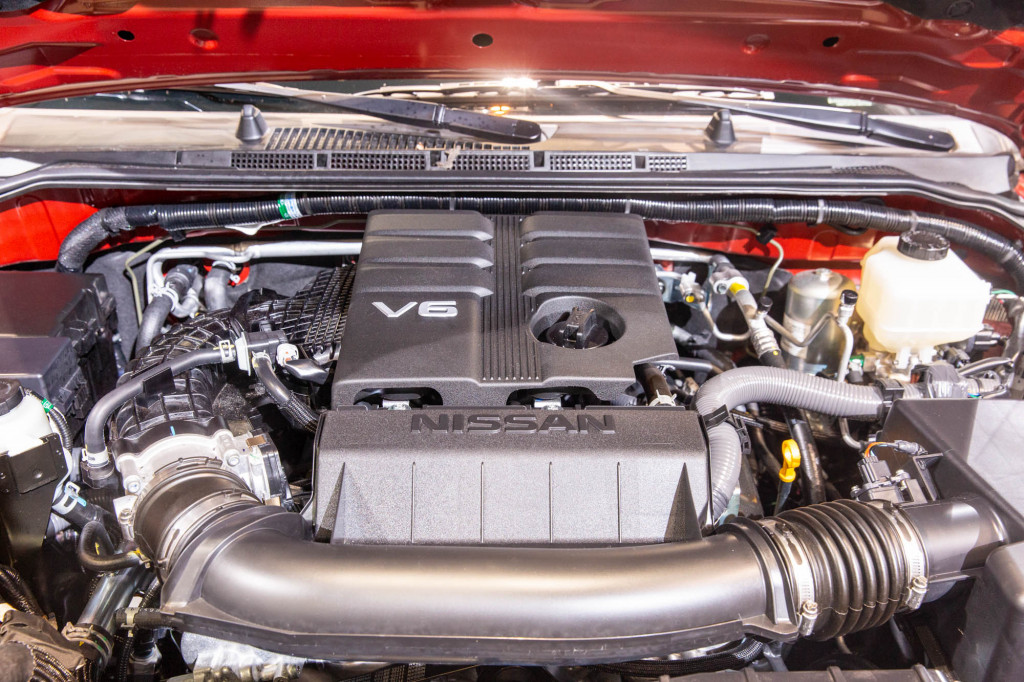 The 9-speed automatic replaces a 5-speed automatic. It made its Nissan debut in the 2020 Titan, and it arrives largely unchanged in the Frontier other than gear-ratio tweaks. The 6-speed manual transmission that accounted for about 5 percent of Frontier sales last year has been dropped with the arrival of the new engine.

Rear-wheel drive will again be standard and a carryover part-time 2-speed transfer case that can be paired with a locking rear differential is optional. The Frontier will be available in S, SV, and Pro-4X trim levels. Minor trim changes include newly standard power windows and locks for the base S as well as the discontinuation of the SL.

The 2020 Frontier is a dead-ringer for last year’s model, as well as the truck that first went on sale in mid-2004. The only cosmetic change is on the inside, where a revised center console accommodates a different transmission lever. Additionally, push-button start is newly available. Active safety features such as automatic emergency braking remain unavailable.

What’s to come for the Frontier

Changing the powertrain for a short model year—it arrives in showrooms by late spring but will go out of production before the end of the calendar year—is a largely unprecedented move, though it provides some hints about what’s to come for the long-anticipated third-generation Frontier expected to arrive in 2021.

The automaker confirmed to Motor Authority last week at a media event held at its Canton, Mississippi, assembly plant that the next-generation truck will not be the Navara pickup sold globally. The 2021 Frontier will use the new V-6, and it’s possible that it will retain the 2020 model’s frame and thus its proportions, which are on the small side for a mid-size pickup truck.

Nissan will continue to build future Frontier trucks alongside the Titan in Mississippi for the American market.

For more from the Chicago Auto Show, see our dedicated hub.