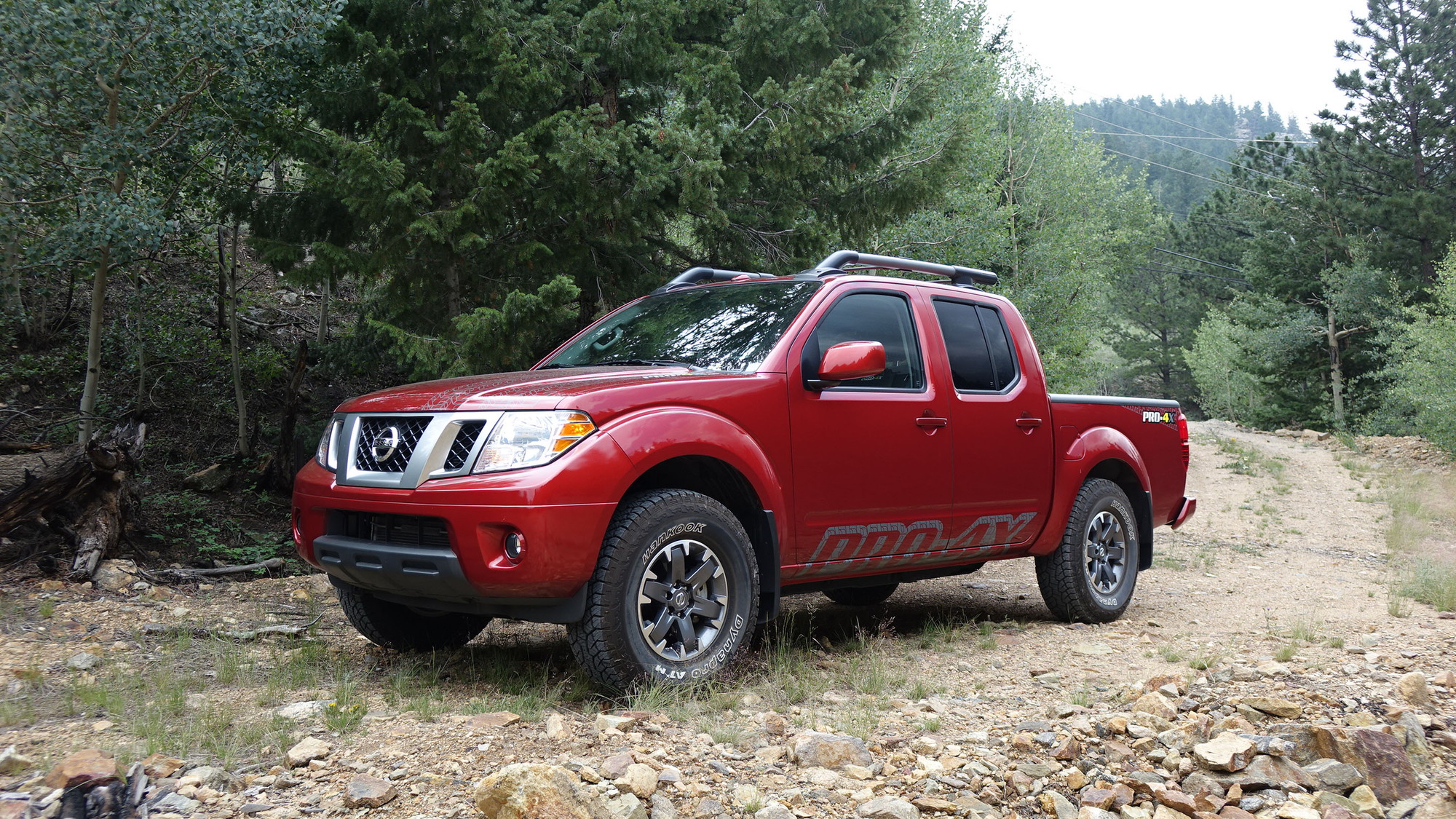 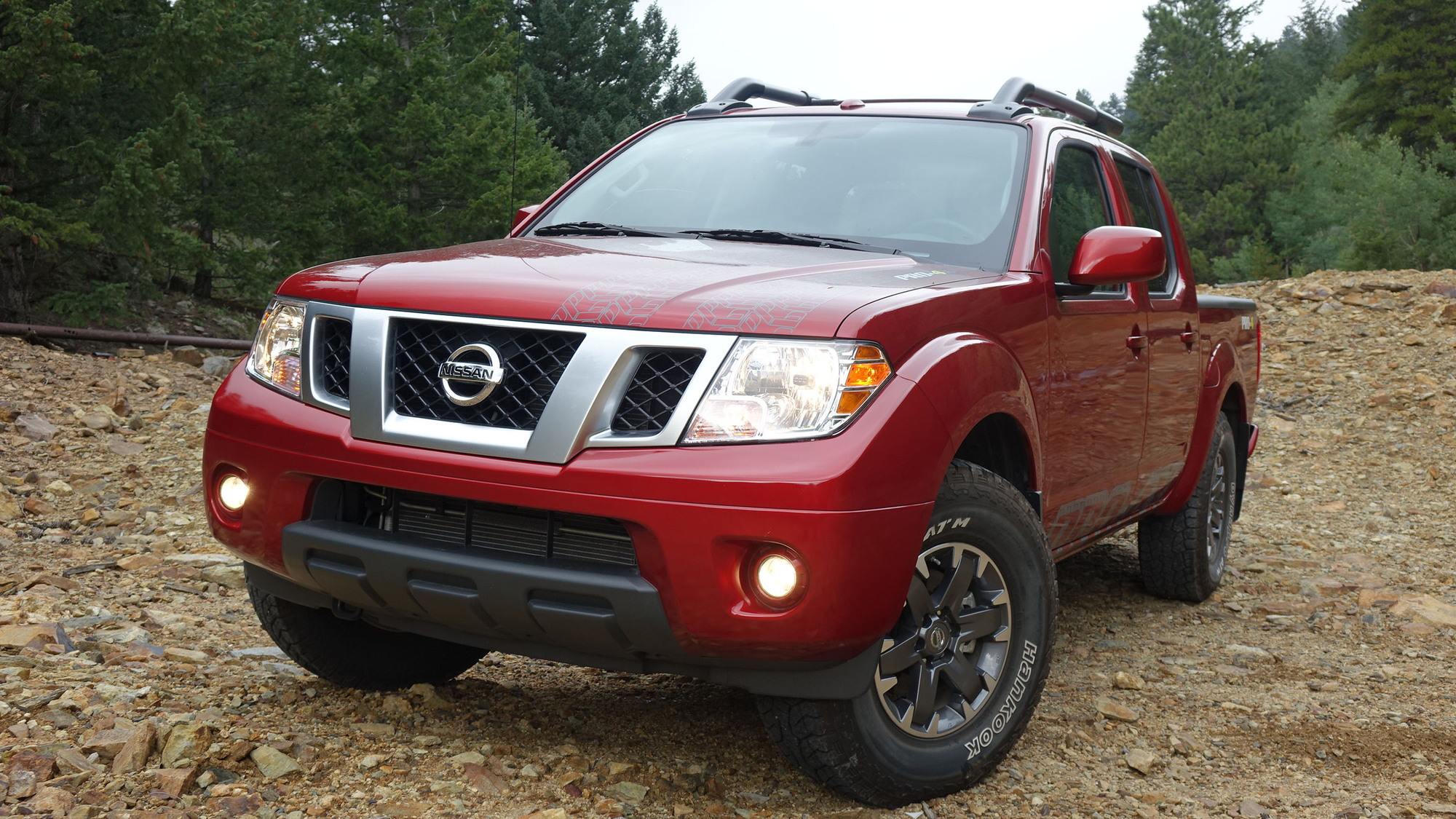 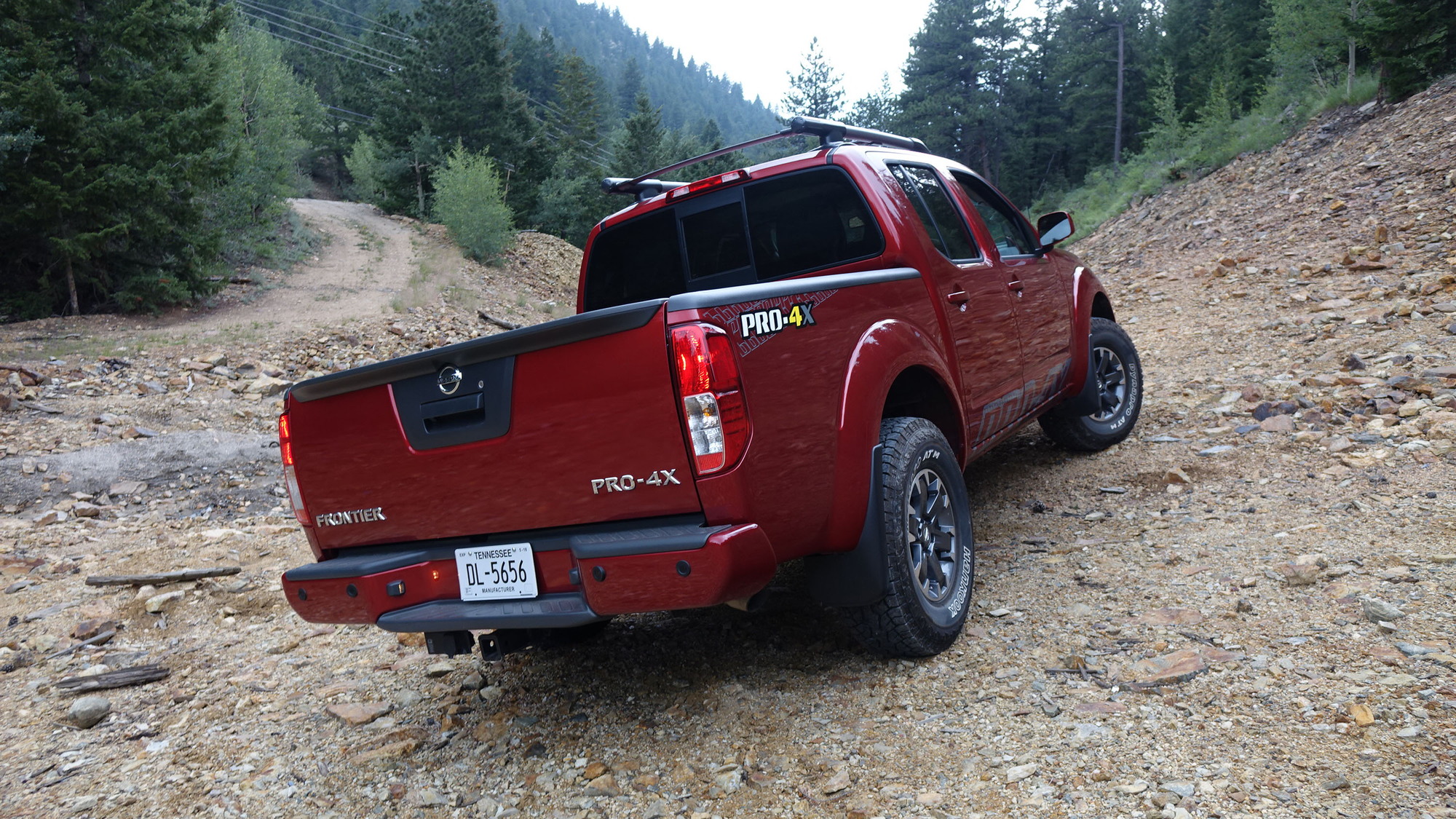 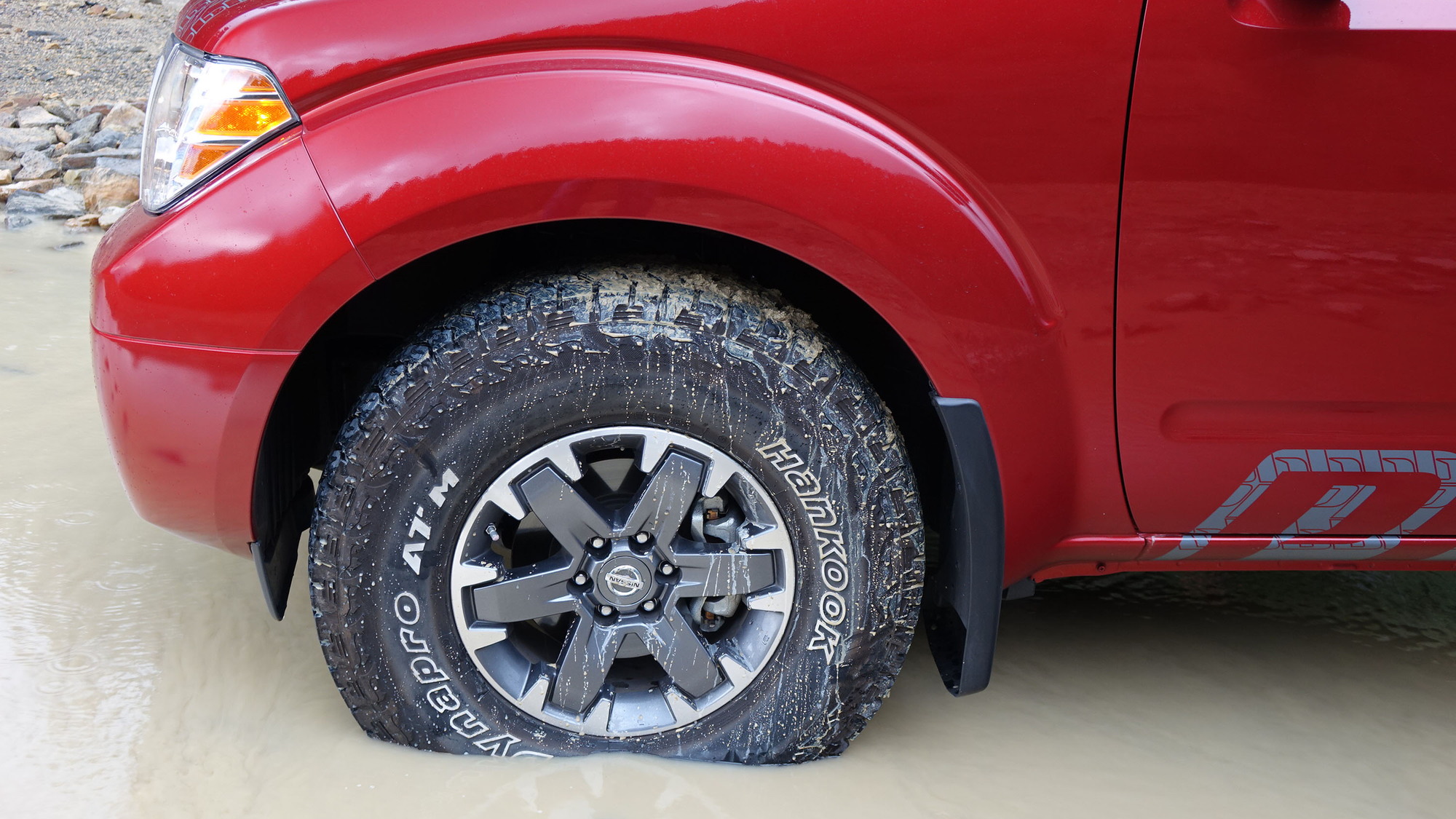 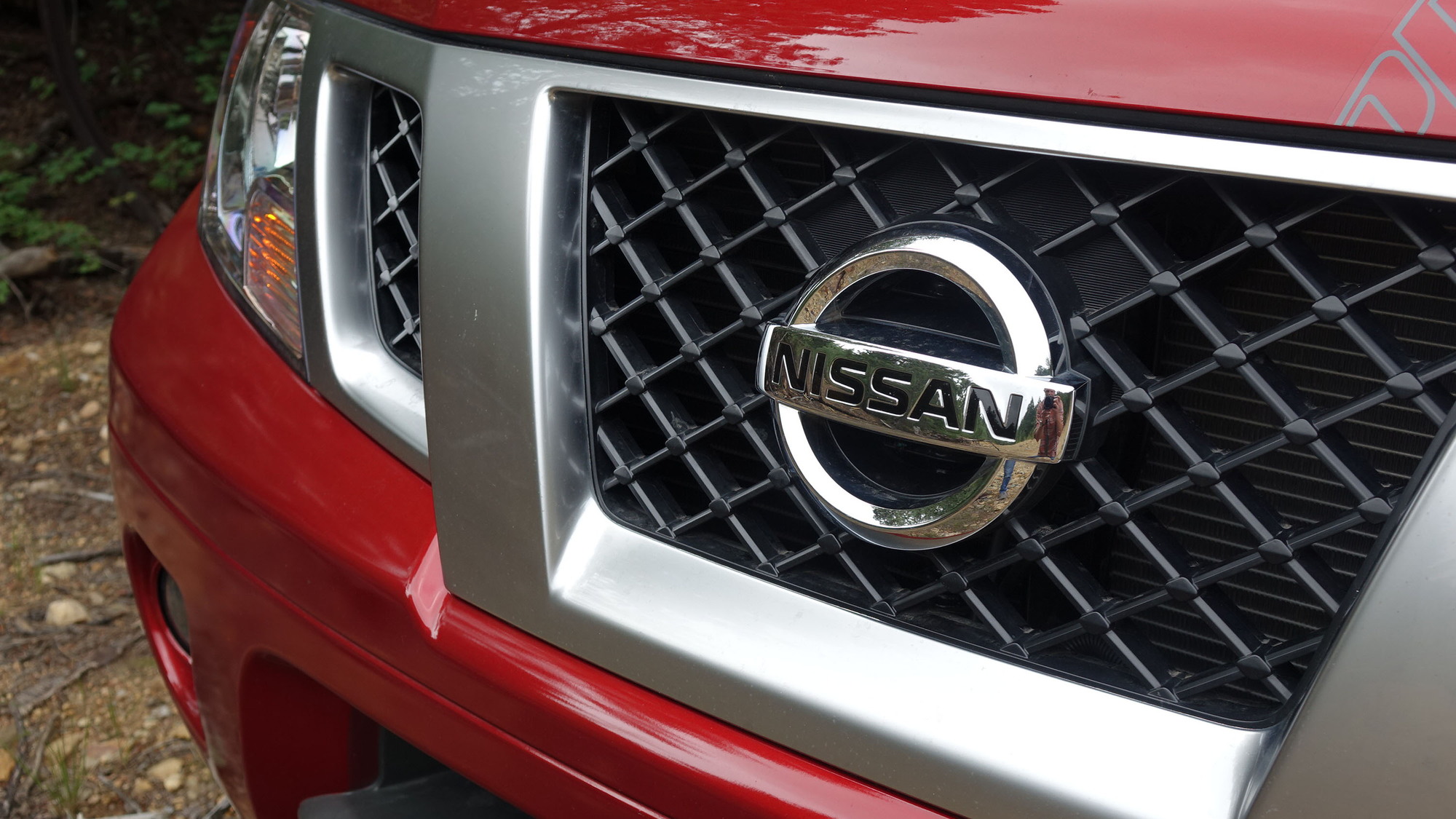 Term limits don't apply to the new car industry. If they did, the 2017 Nissan Frontier you see here wouldn't be a dead-ringer for the 2005 Nissan Frontier that hit dealer lots during George W. Bush's first term.

A lot has changed since 2005. But not the Frontier. Sure, it's up for a redesign, but the current Frontier persists, and, frankly, it's a testament to the design and engineering work Nissan did a decade and a half ago. At $37,000, the 2017 Frontier Pro-4X we tested recently represents the cream of the Nissan mid-size pickup crop. That's big coin, but it's still well under what you'd pay for an equivalent Toyota Tundra TRD Off Road or Chevrolet Colorado Z71.

The Frontier still has some life left in it. Consumers continue to snap them up—they're rarely discounted and used ones sell for almost as much as a brand new one. It's distinctly dated, but it still holds plenty of appeal. Here's a look at what you need to know about the 2017 Nissan Frontier Pro-4X.

Behind the times, but big on value

Don't look for blind-spot monitors, automatic emergency braking, ventilated seats, an 8-speed automatic transmission, or Apple CarPlay in the Nissan Frontier. Even our fully loaded Pro-4X was light on luxuries aside from standard navigation—but you won't get as many features for the $37,000 as-tested price in the Frontier's rivals. Pickups are expensive, even smaller ones.

What the Pro-4X does include, however, are off-road goodies like Bilstein shocks, knobby Hankook Dynapro AT/M rubber, a locking rear differential, skid plates, a spray-on bedliner, and even a first aid kit.

Our crew cab tester started at $34,290 including a $900 destination charge. Another $2,100 brought heated leather seats, a power moonroof, and a gigantic roof rack. Nissan charges a silly $120 for floor mats and our tester was swathed in gaudy, $465 exterior graphics. Pass.

Mid-size pickups are plenty big, but the 205-inch-long Frontier is more than half a foot shorter than its rivals. That's because, back in 2005, 205 inches was about the average length of a mid-size truck. It's also almost two inches narrower than the Colorado and the Tacoma.

That's hardly an advantage when it comes to interior room since the Nissan is a bit tighter in every dimension, especially our tester's cramped back seat. But when it comes to back country four-wheeling on roads that may simply be too narrow for a large truck, the Nissan can squeeze where its siblings cannot.

Around town, the Frontier Pro-4X rides softly thanks to its tall sidewalls. After all, that Hankook rubber is sized at a very meaty 265/75R16. The structure feels tight and solid, even after this many years, and its hydraulic steering is surprisingly quick. It feels more nimble than its 43-foot turning radius suggests. The Frontier is also quieter on the highway than I expected and it tracked straight and true even in a hefty crosswind in the foothills of the Rocky Mountains.

Underhood, the 4.0-liter V-6 delivers an acceptable 261 horsepower and 281 pound-feet of torque. It rumbles at idle but furnishes decent passing power, aided by the smooth-shifting 6-speed automatic. The torque peaks at a reasonably low 4,000 rpm, which helps the Frontier feel more torque-rich than its figures would suggest. It's not a flat curve like you'd find from a boosted engine, but the Frontier's 6-speed will quickly downshift to get the revs up for easy highway passing.

The tires' adhesion limits are easy to reach on pavement, but they come progressively and naturally. There's an inherent athleticism to the Frontier that becomes more apparently on an unpaved surface.

Like its competitors, the Frontier only offers part-time four-wheel drive. A twist of a knob engages the front axle. Stop, go into neutral, and twist the knob further for 4-Low. A tap of the rear-differential lock button provides an added safeguard when the going gets really rough.

We noticed more body drumming over washboard terrain in the Frontier than in the Toyota 4Runner TRD Off Road that we recently took over the same terrain, but the Frontier never gave up grip and bounded over obstacles like a jackrabbit. Its V-6 provides decent grunt at low engine speeds, which helped us lope over rocky terrain.

A decent 8.9-inches of running ground clearance helps the Frontier bound over rocks, but it's a bit strange that the Pro-4X doesn't ride any higher than a standard four-wheel drive Frontier. In fact, aside from its locking rear differential, the Frontier Pro-4X doesn't offer much that couldn't be replicated with a visit to a tire shop in a Frontier SV or SL.

Why you'd buy one

Think of the Frontier like a pair of old jeans. It's a little tight in some places and a little loose in others, and its look isn't quite ready to come back in style yet. But it's comfortable, a default go-to.

In our eyes, the Frontier Pro-4X isn't the one to buy. Stick with a modestly optioned, $32,000 Frontier SV with four-wheel drive and you'll have the basics, plus a few luxuries like heated seats and dual-zone automatic climate control, at a price point where you're still sticking the key in the door to gain access to your Chevy Colorado. If off-roading's your thing, the Toyota 4Runner and Tacoma TRD Off Road offer a hair more capability at similar prices.