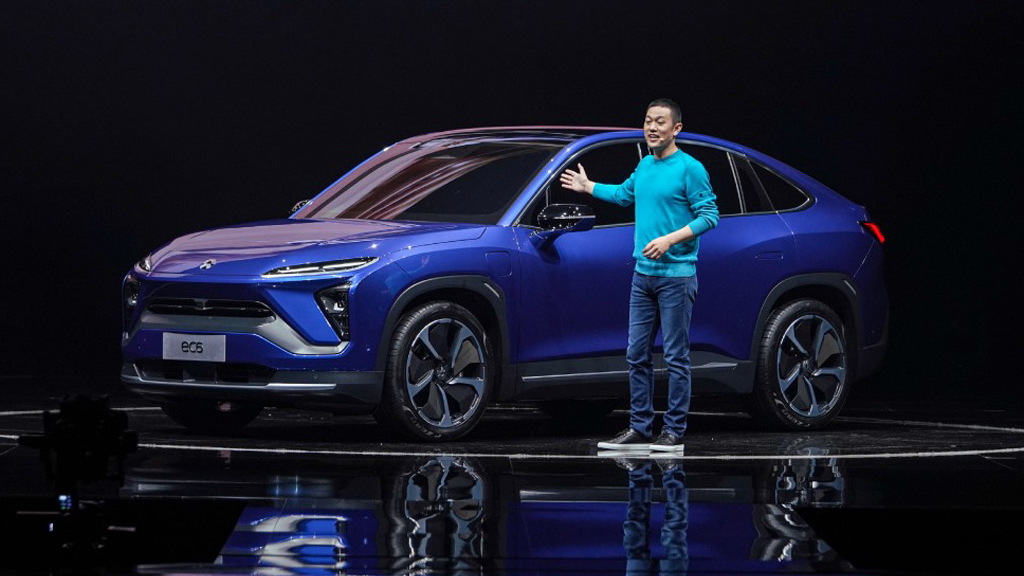 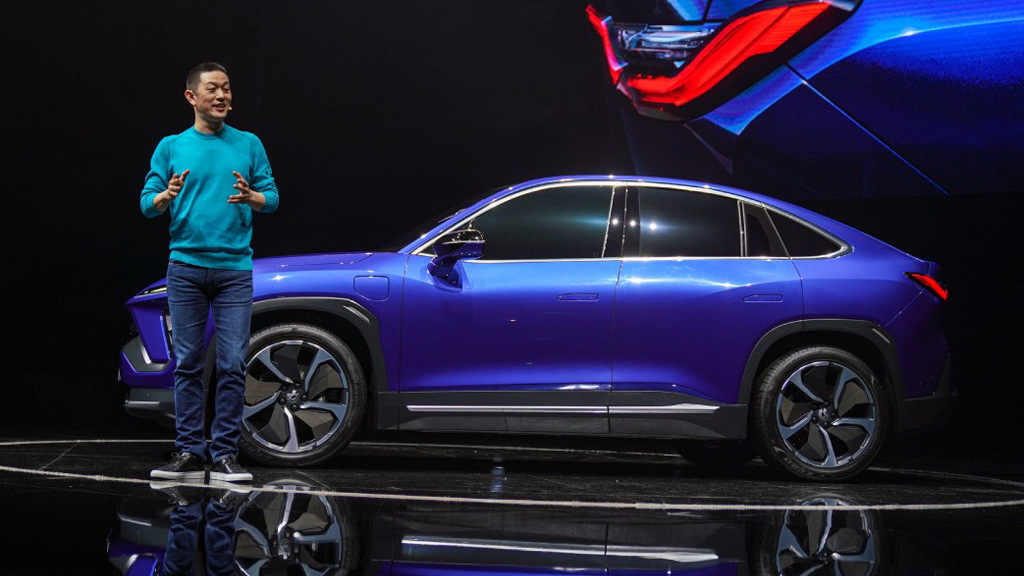 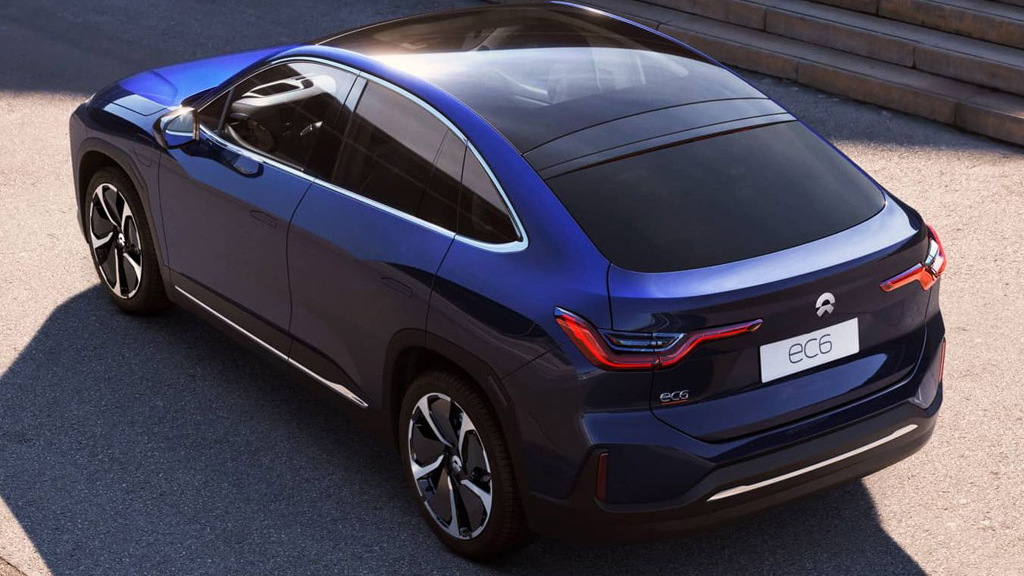 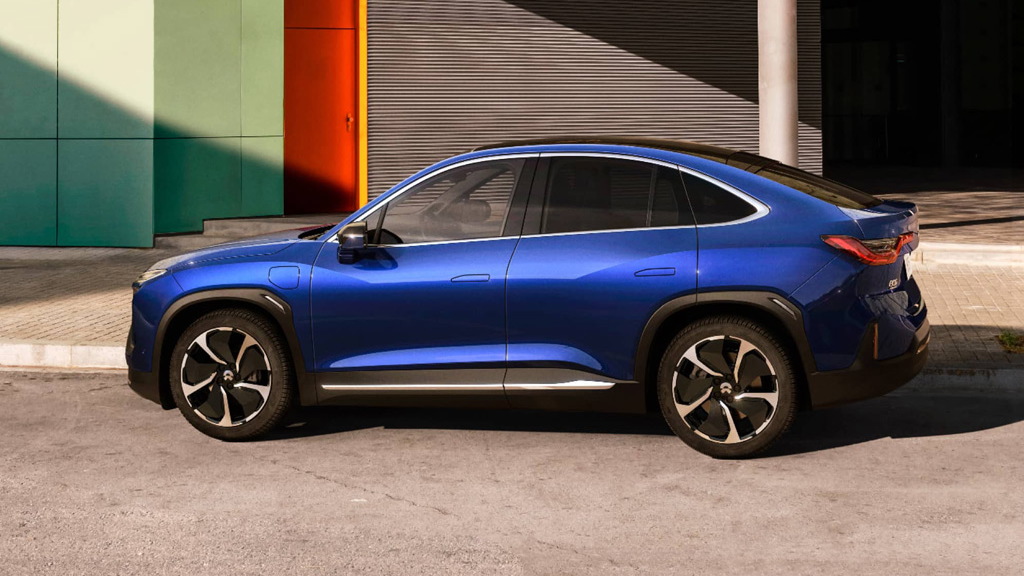 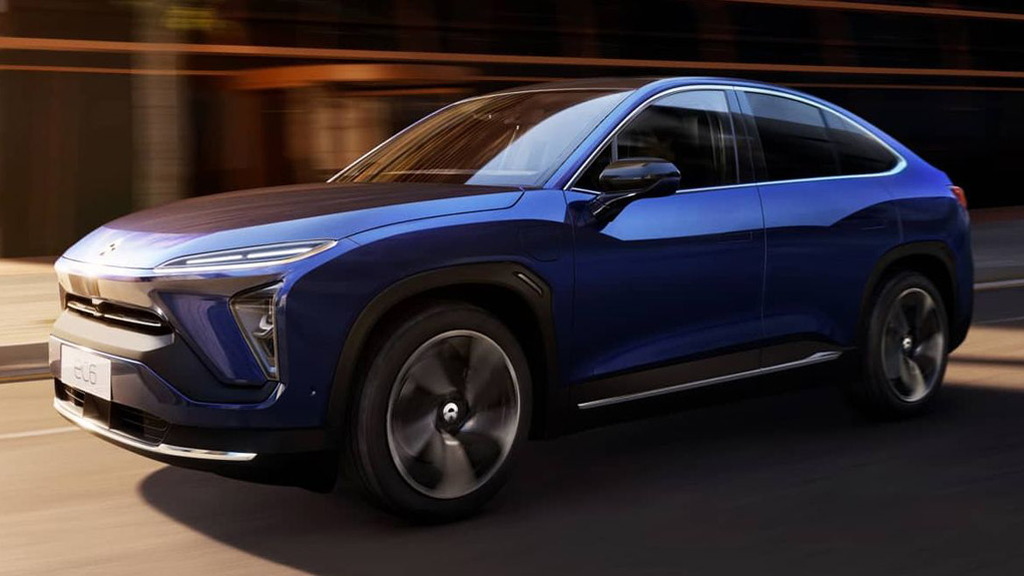 Chinese EV startup Nio on Saturday unveiled the third of its mainstream models, the EC6.

The vehicle is a small, coupe-like crossover SUV similar to the recently revealed Audi E-Tron Sportback. It's related to the ES6, Nio's Tesla Model Y rival, but thanks to its more coupe-like profile the EC6 has less drag. Nio quotes a drag coefficient of just 0.27 Cd.

Two powertrains are offered, a standard and Performance option. The latter features a 217-horsepower motor at the front axle and a 326-hp motor at the rear, which together help the vehicle scoot from 0-62 mph in 4.7 seconds.

The EC6 also introduces Nio's new 100-kilowatt-hour battery, which will be made available on existing Nio models starting with the ES8 mid-size SUV, either as an outright purchase or via subscription. In the EC6, owners should expect a range approaching 300 miles on a charge.

Nio's batteries are designed to be swappable. The company has even developed a self-contained, fully automated battery swap facility that it is rolling out along major highways in China. You drive into a booth similar to an automatic car wash and robotics take care of the rest. This option is designed for Nio customers who having battery subscriptions.

The EC6 is scheduled to go on sale in China by September 2020, with pricing to be announced closer to the market launch.

Though Nio only sells cars in China right now the company plans to expand to Europe and eventually the United States, though timing is unclear.

Nio has run up steep losses as it develops its new models and the company's share price has reflected this, dropping from a high of $10 at the start of the year to $2.17 in September. The share price soared nearly 60 percent on Monday, currently sitting at $3.72, after Nio surprised the market with better-than-expected sales for the third quarter of 2019. The company said it delivered 4,799 vehicles, earning it sales of $242.5 million, which was up 22.5 percent from the previous quarter. However, Nio still reported a net loss of $352.8 million, though this was down 23.3 percent from the previous quarter and down 10.3 percent from the same period a year ago.