Future Ford Mustangs might use a windshield that extends into the roof similar to the setup of the Tesla Model 3.

First noticed by eagle-eye Mach-E Club forum member, ReturnOfTheMack, and reported by CarAdvice, the patent was filed with the United States Patent and Trademark Office on May 14, 2018 and published on Nov. 14, 2019. 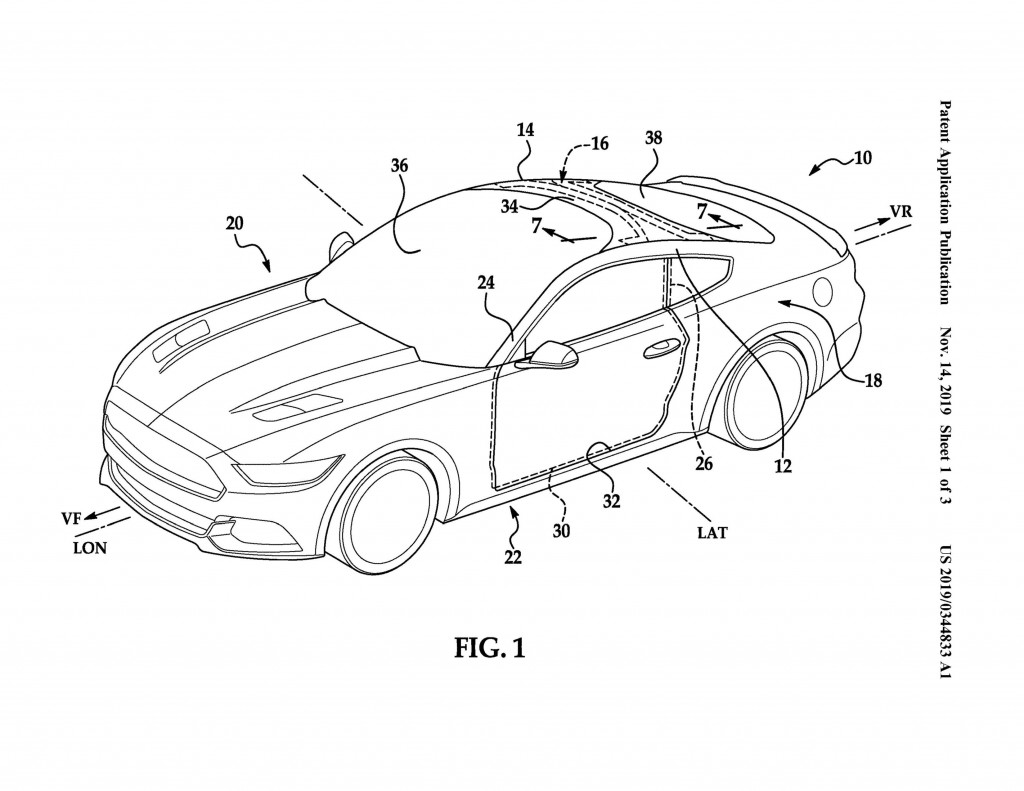 The patent details what Ford calls a "vehicle roof bow" and describes a structural design that acts as a joint between the extended windshield and rear glass.

Ford's design calls for the usual pair of side roof rails connected with front and rear bows or beams that slot into those rails via "fingers." The concept outlines how the roof bows will transmit energy from the rails during a side impact crash. The joint between the two pieces of glass might be made of metal, according to the patent filing. 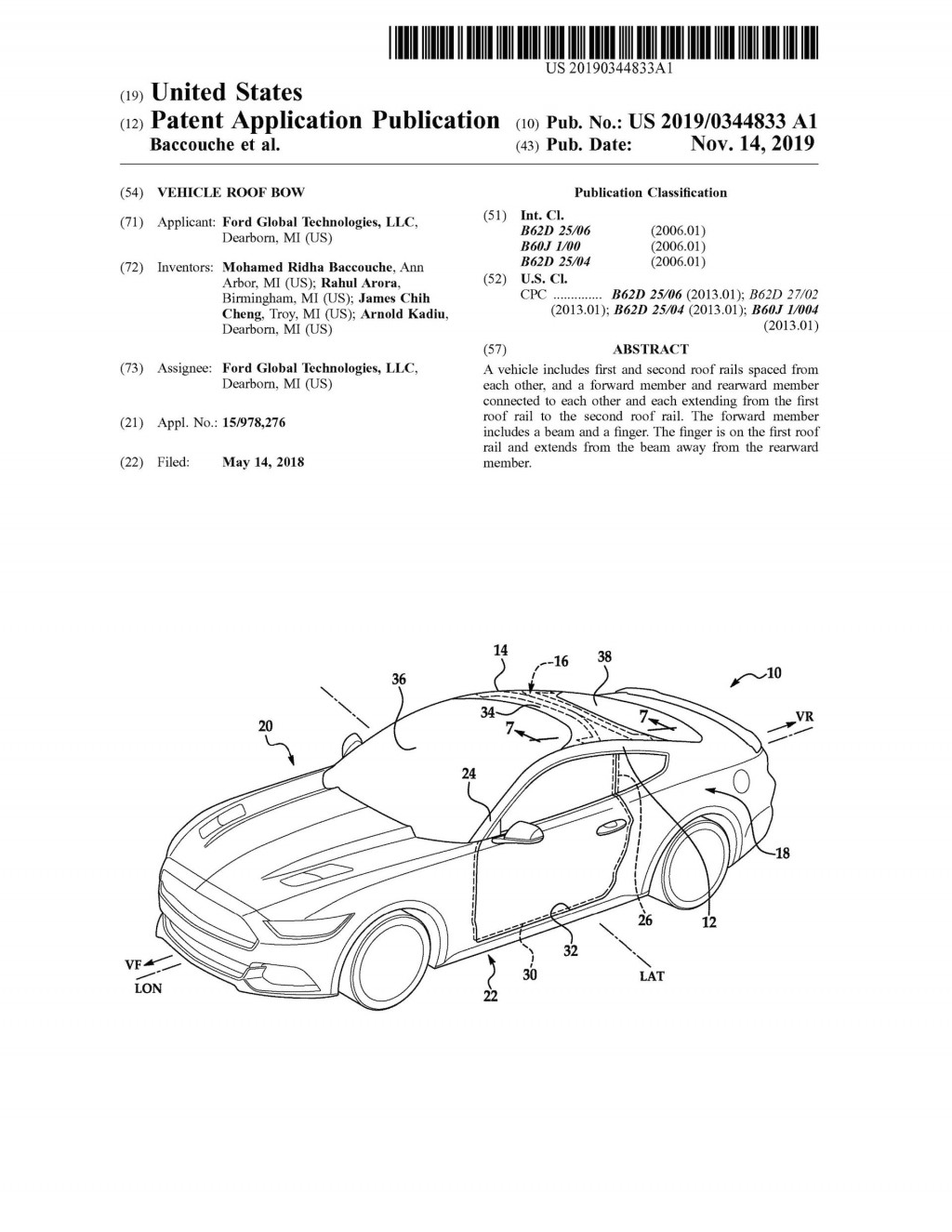 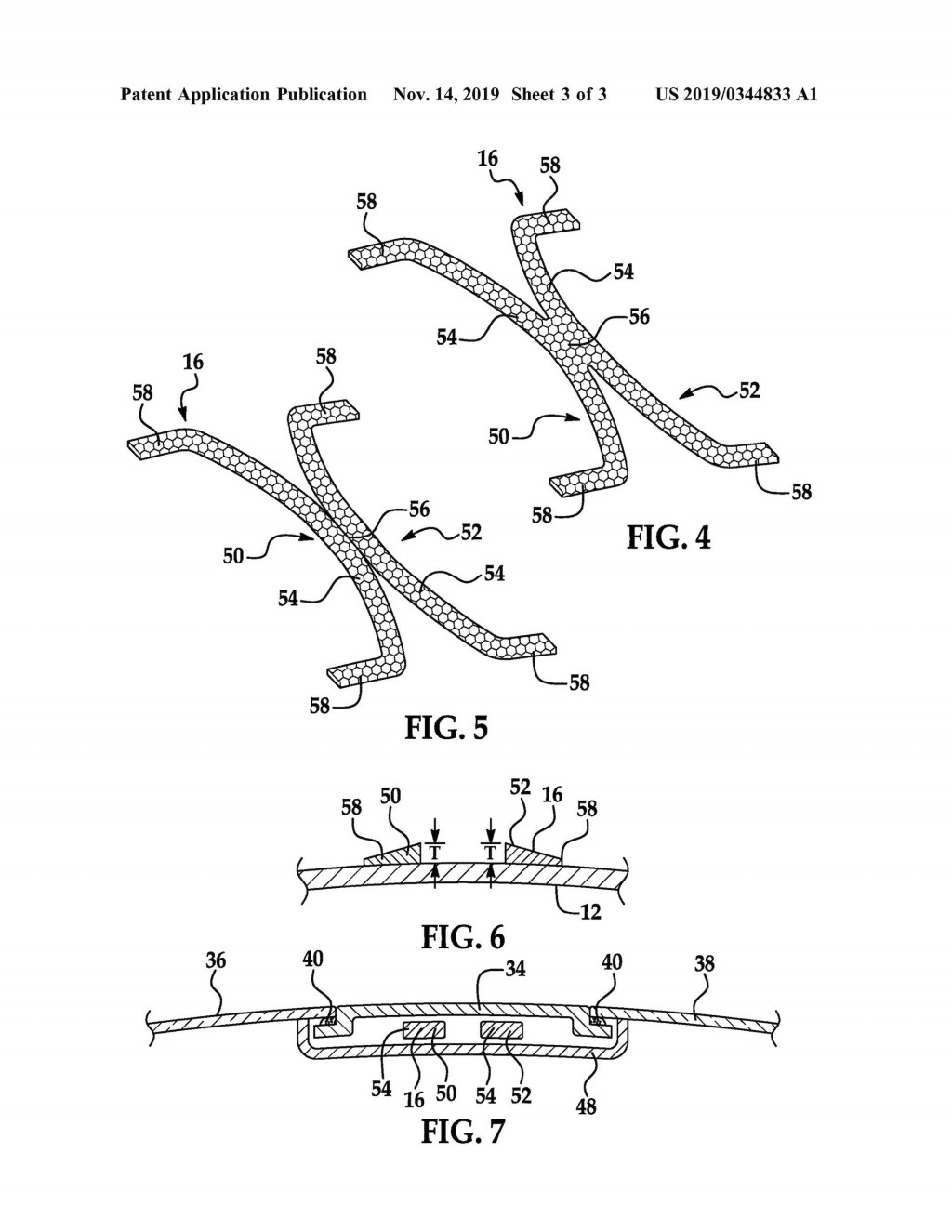 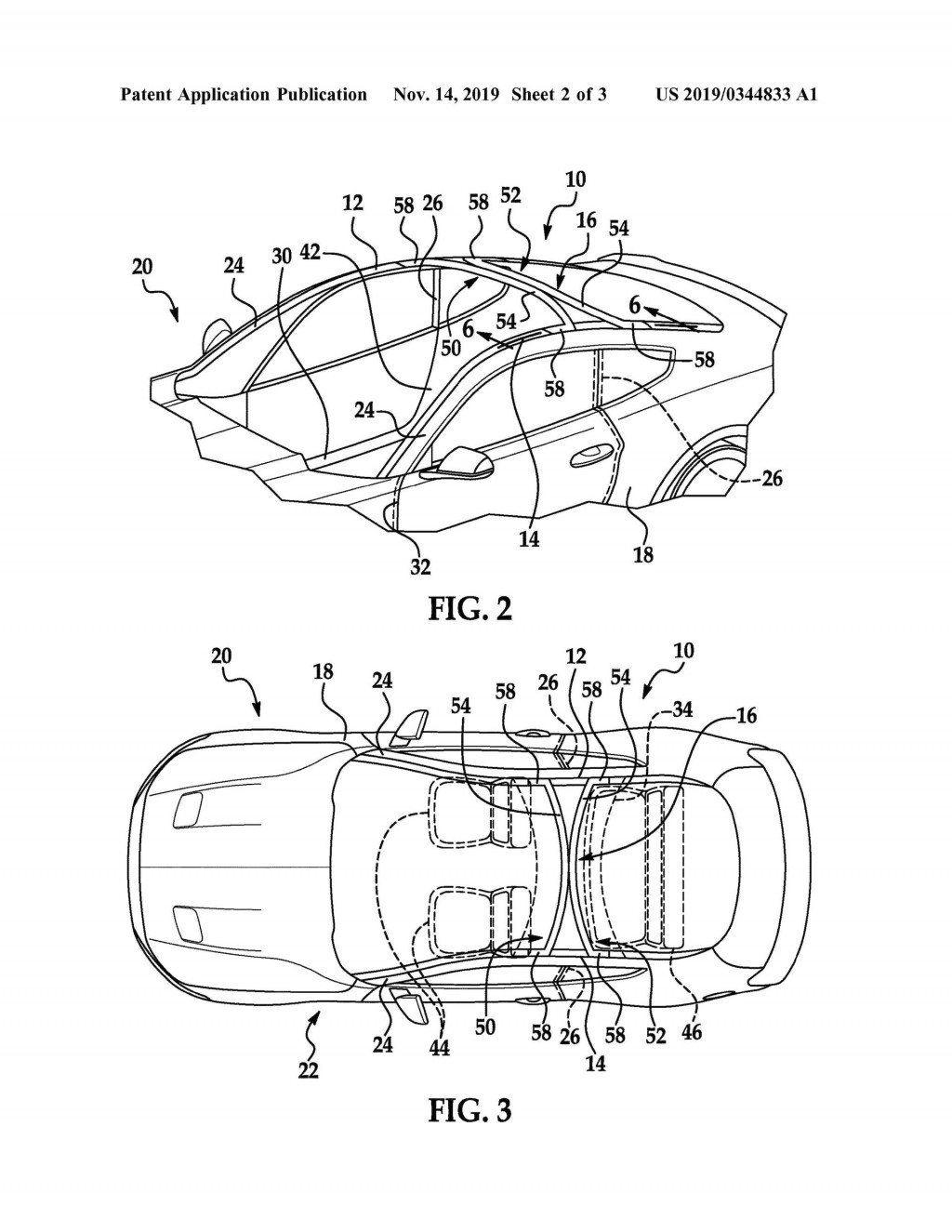 The vehicle depicted in the patent filing is the current-generation Ford Mustang, but that's likely just for visual purposes. It's unlikely such a design feature would be introduced on the current Mustang, which is near the end of its life cycle.

It's possible the canopy-style windshield depicted in the patent could see the light of day on the next-generation Mustang or on the Mustang Mach-E, which will launch in 2020 as a 2021 model.

Adding more glass at the highest point of a vehicle hurts handling because it raises the center of gravity by placing more weight up high. The Mustang is a muscle car that has morphed in recent years into a true sports car. It's unlikely the canopy-style windshield would see the light of day on a high-performance variant of the Blue Oval's icon, but it makes sense to let the sun shine in on plusher trims. Just imagine this feature on a Mustang with the California Package.

The patent description is just structural. It does not mention how the extended windshield will block out the sun on a bright day.

A canopy-style windshield would provide a fighter-jet like driving experience. Could Ford call it the P51 option? Cue Kenny Loggins' "Danger Zone."