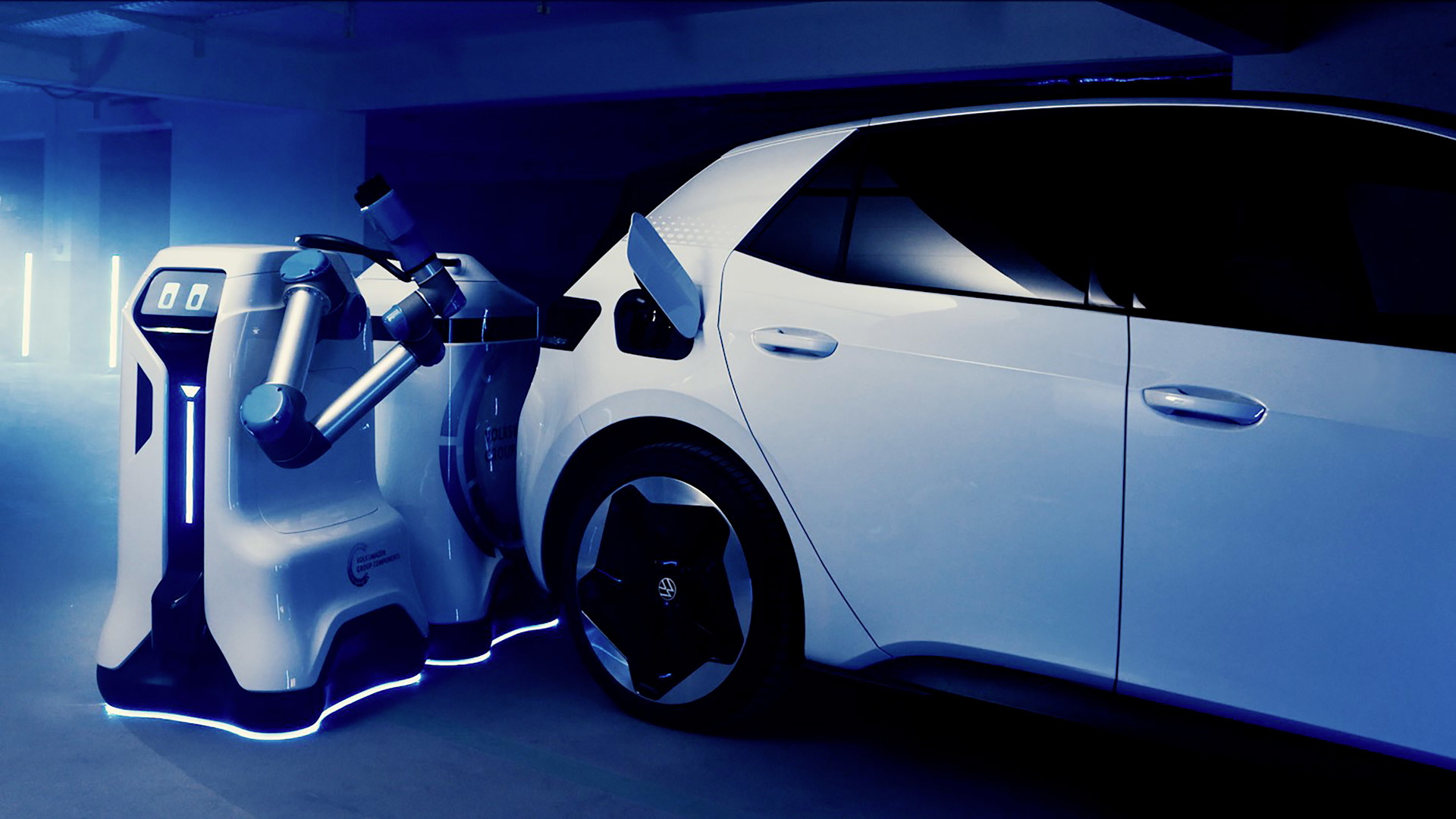 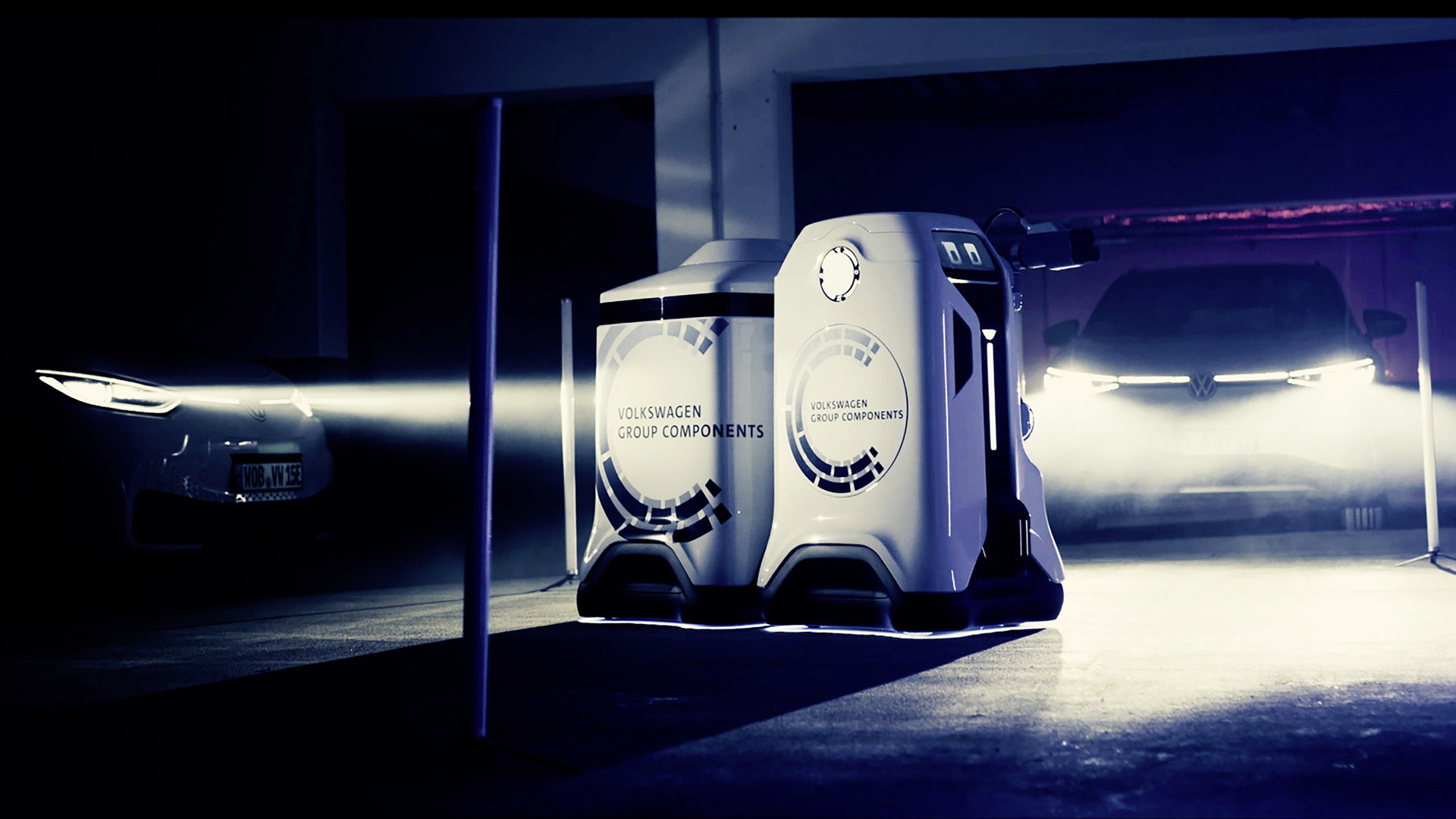 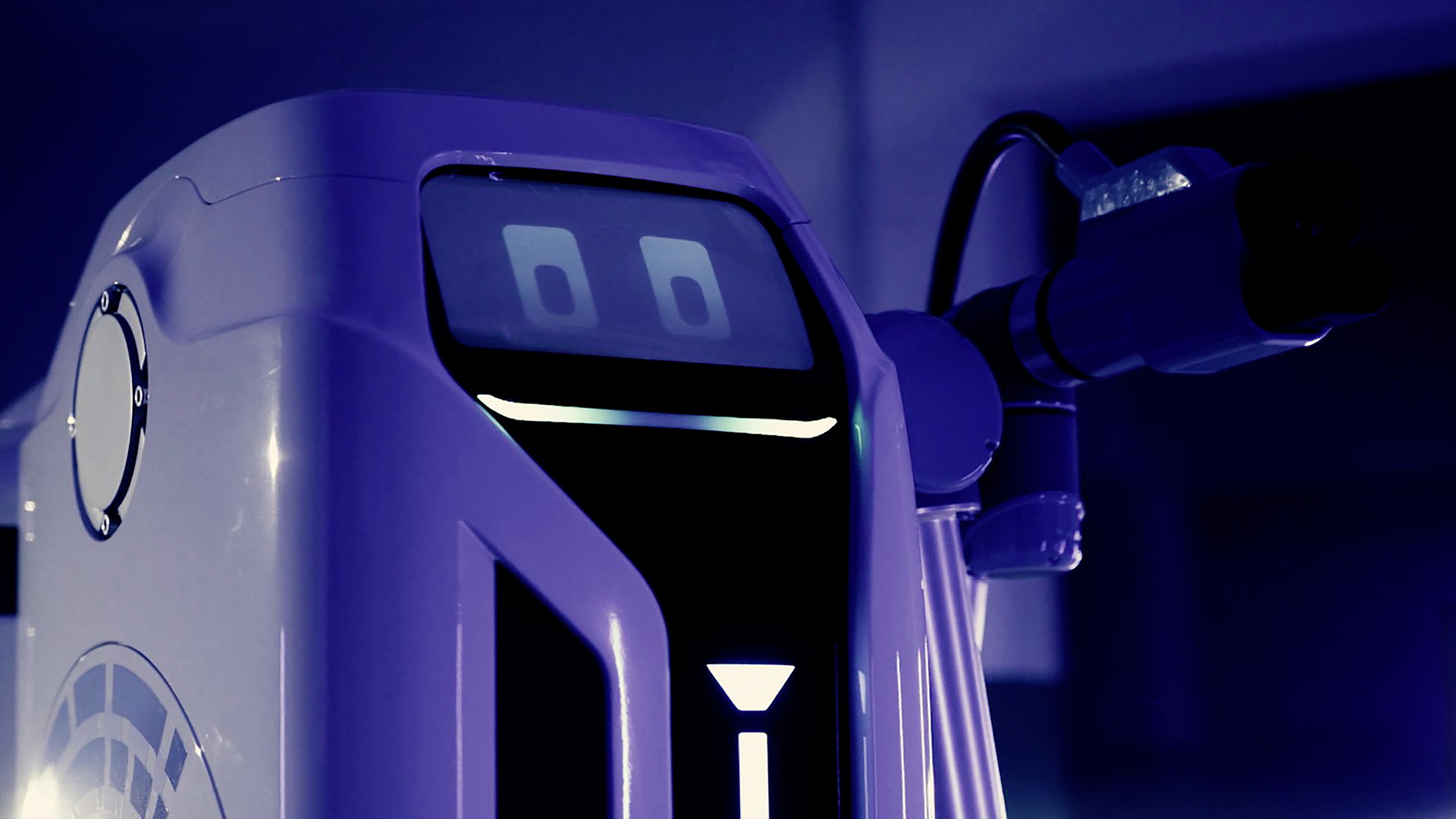 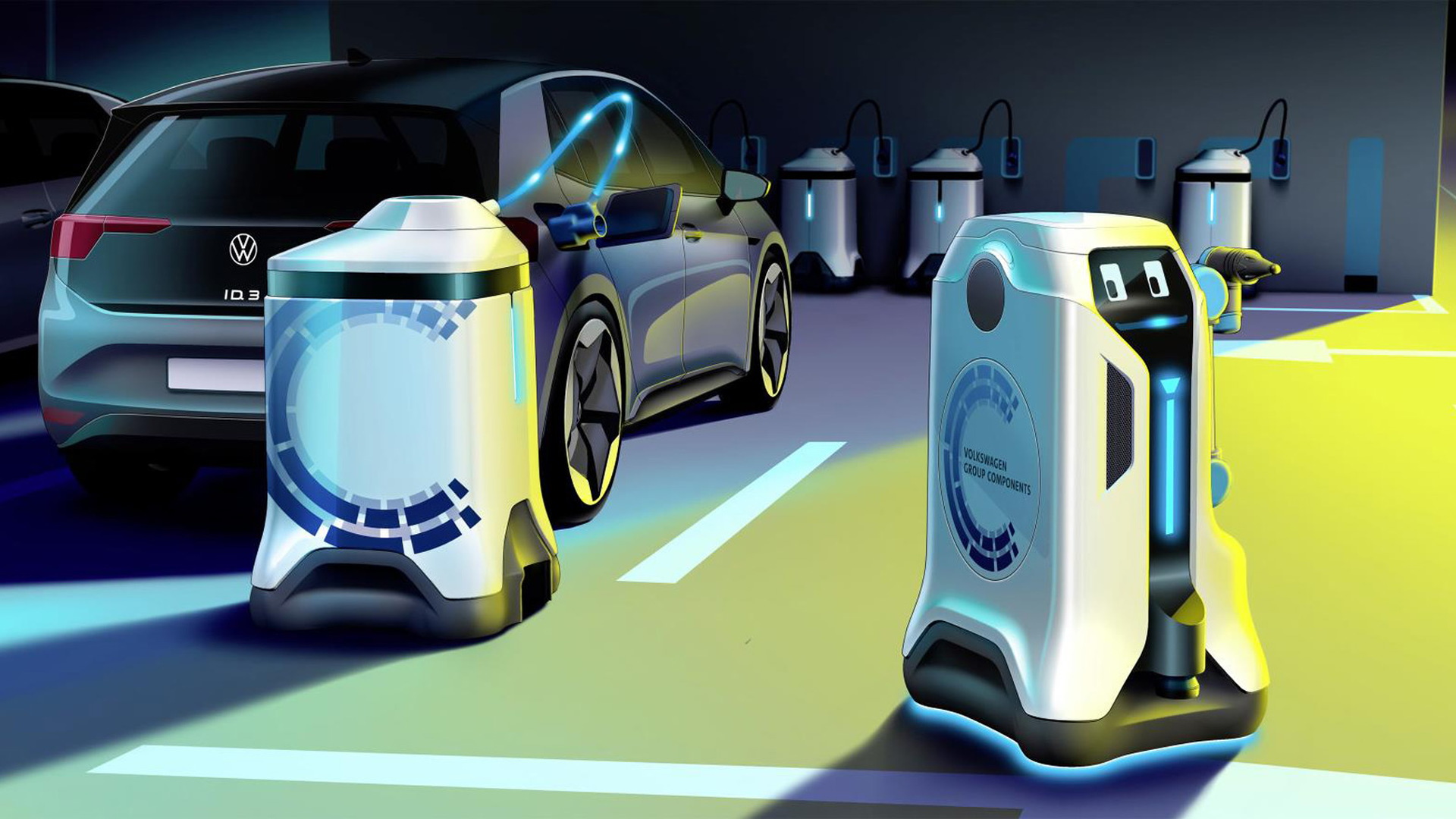 In a world where cars are able to drive themselves, the question of how they will be refueled often comes up.

In the case of electric vehicles, we've already seen some solutions for automatic charging, and the latest from Volkswagen is among the most impressive.

The German automaker on Monday unveiled a prototype for a mobile charging robot that looks like it might have been a prop on a “Star Wars” movie. However, the solution not only solves the problem of how to charge an EV when there's no driver present, but also how to charge multiple cars in a garage that doesn't have the infrastructure in place for charging in individual bays.

The robot transports a mobile battery to and from a waiting car and a central charging dock. When called via an app or vehicle-to-infrastructure communication, it autonomously travels to the car and then connects the battery via an extending arm. The robot then leaves the battery to charge the car and drives off to connect up another waiting car, and returns later to remove the depleted battery.

Multiple sensors on the robot guide it through the parking garage, and depending on the size of the garage, several charging robots can be employed simultaneously so that multiple vehicles can be attended to. VW is quick to point out that the solution doesn't require much in the way of installation, making it a simple solution for garage owners looking to electrify their parking bays.

VW first presented the mobile charging robot as a concept one year ago, and now the concept has progressed to the prototype stage. Don't be surprised to see it, or something like it, show up at a parking garage in the not too distant future. It would be a great companion for garages also equipped with autonomous valet systems currently being developed.