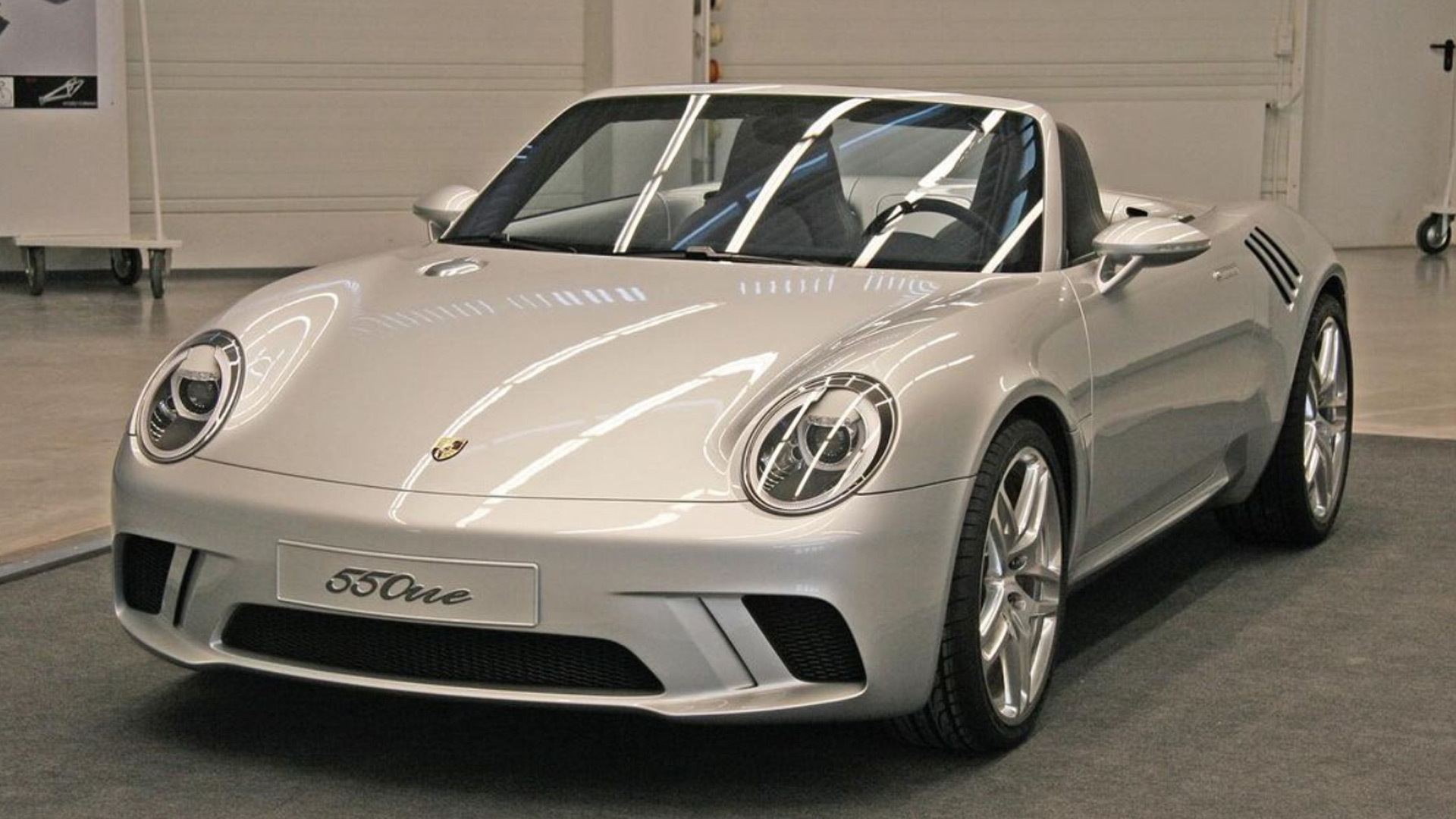 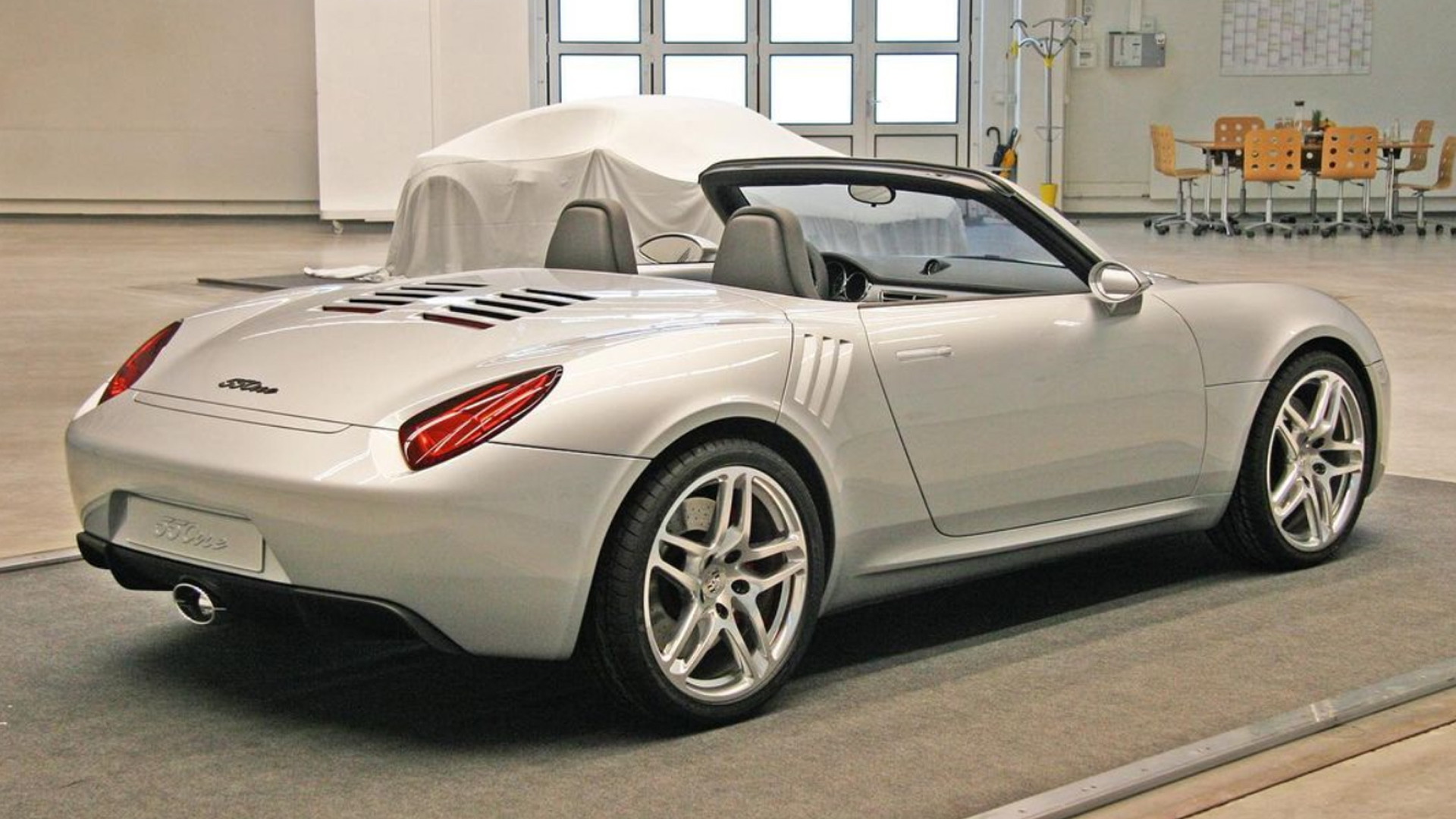 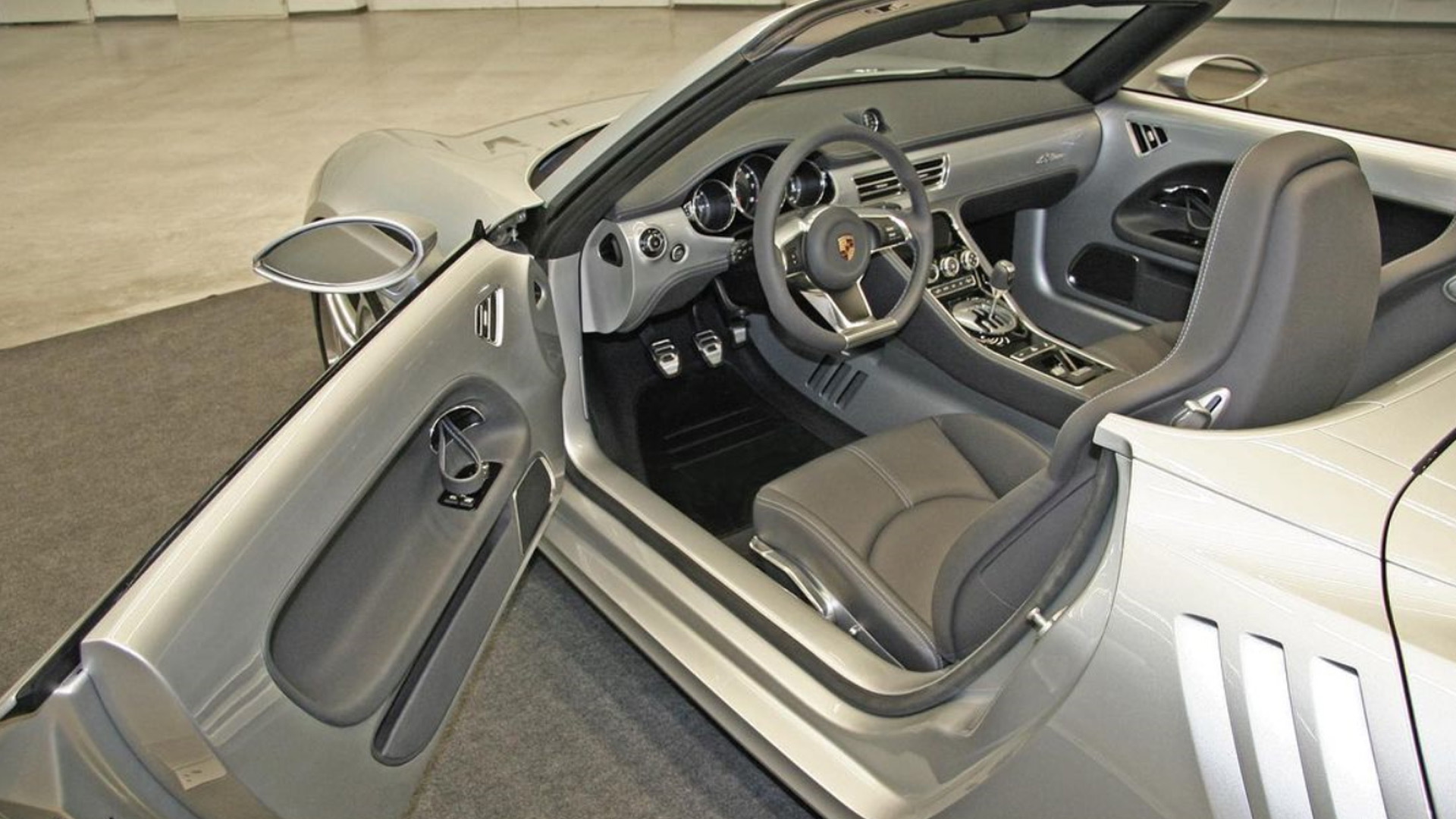 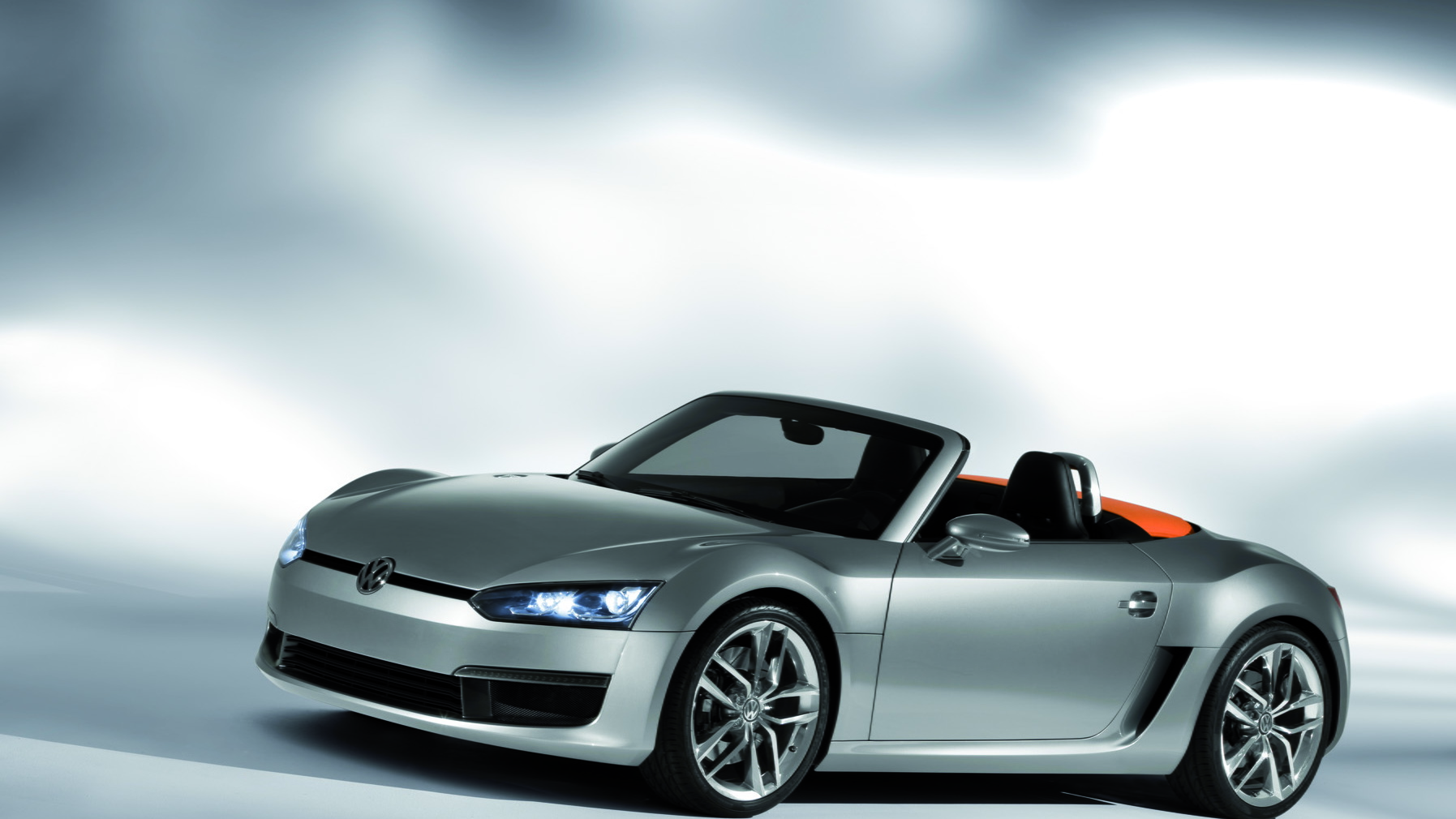 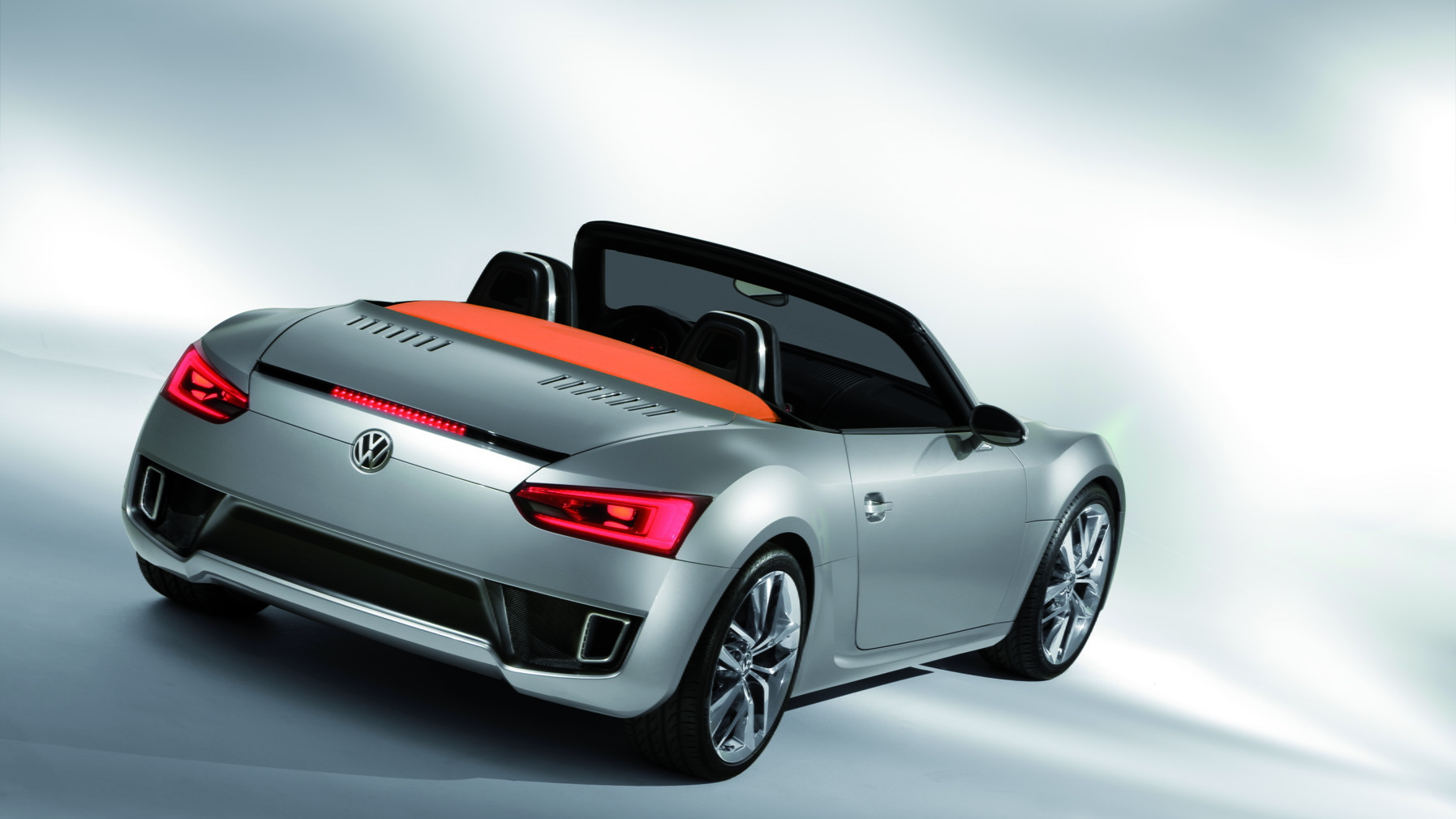 Porsche last November revealed a treasure trove of secret concept cars built over the past 15 years to mark the launch of the new book “Porsche Unseen,” which provides a glimpse behind the scenes at the German automaker's normally super secret design skunkworks.

There was one concept developed in 2008 that wasn't previously shown however—this modern interpretation of the legendary Porsche 550 Spyder. Photos of the concept were posted over the weekend on the Instagram page of Walter de Silva, the former Volkswagen Group design chief who oversaw the concept's development.

The concept goes by the name Porsche 550 One, and according to de Silva it has never previously been shown to the public. It was developed at the behest of former Volkswagen Group Chairman Ferdinand Piech and a production version was the subject of rumors for years.

In his Instagram posts, de Silva mentions the Volkswagen Bluesport Roadster and Audi E-Tron Spyder concepts (shown in gallery) unveiled around the same time, two open-top sports cars that could have potentially shared underpinnings with the 550 One if the production green light was given. Given the global financial crisis at the time, it's no surprise the green light never came for any of them.

According to Italy's Quattroruote (subscription required), which first spotted the photos, the 550 One was the first of three concepts to be developed. Apparently the Volkswagen Group experimented with the VW and Audi concepts to help build a business case for Porsche, but in the end the decision was taken to develop a second SUV which resulted in the Porsche Macan.

Interestingly, Porsche hasn't given up on the idea of a lightweight, bare-bones roadster. One of the secret concepts in the “Porsche Unseen” is a design by the name of the Porsche Vision Spyder, which was developed in 2019. Porsche design chief Michael Mauer also said as recently as last year that he'd like to develop a “puristic” Porsche along the lines of a modern 550 or 914, but that getting it approved for production would be a challenge.