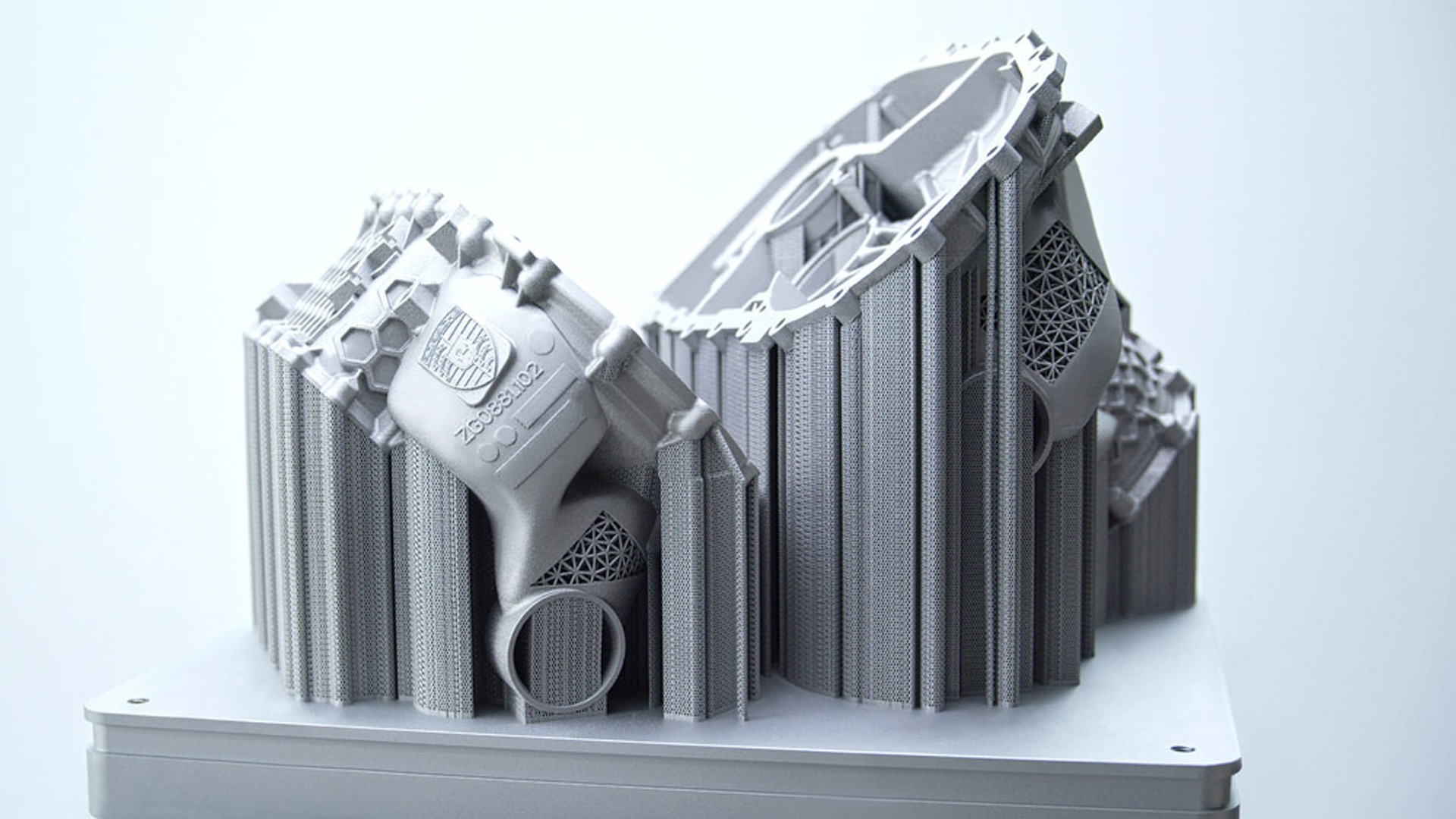 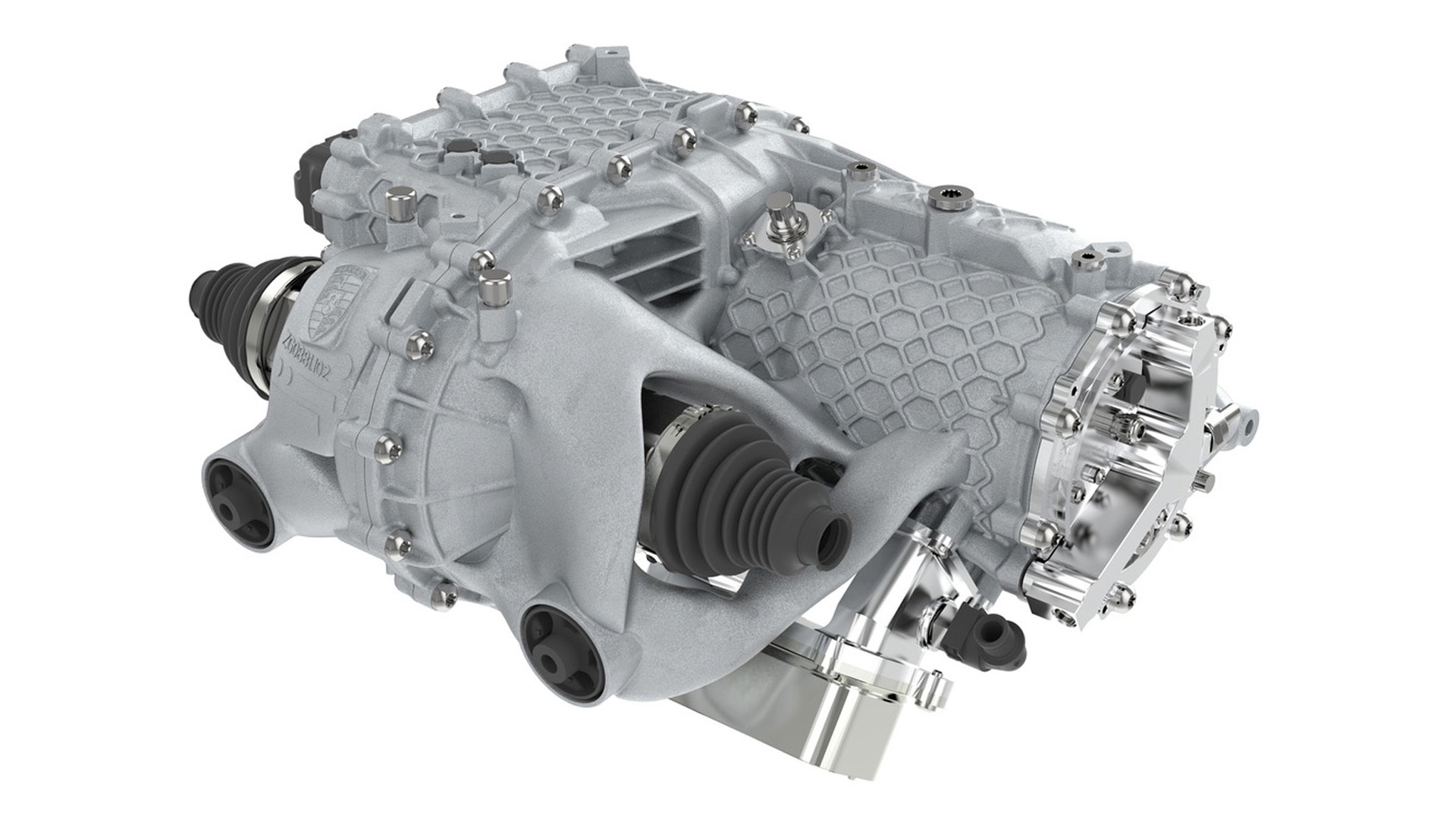 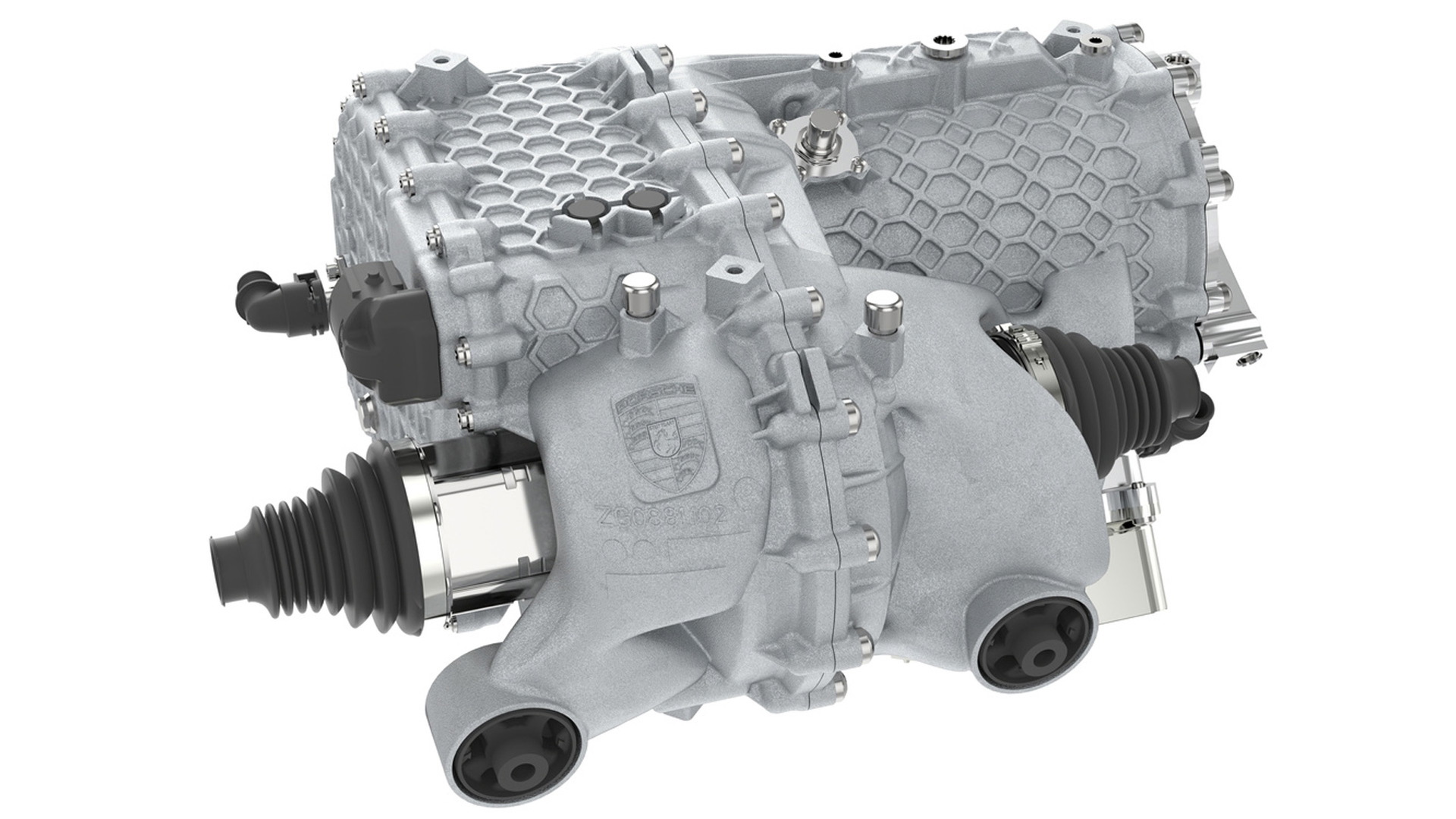 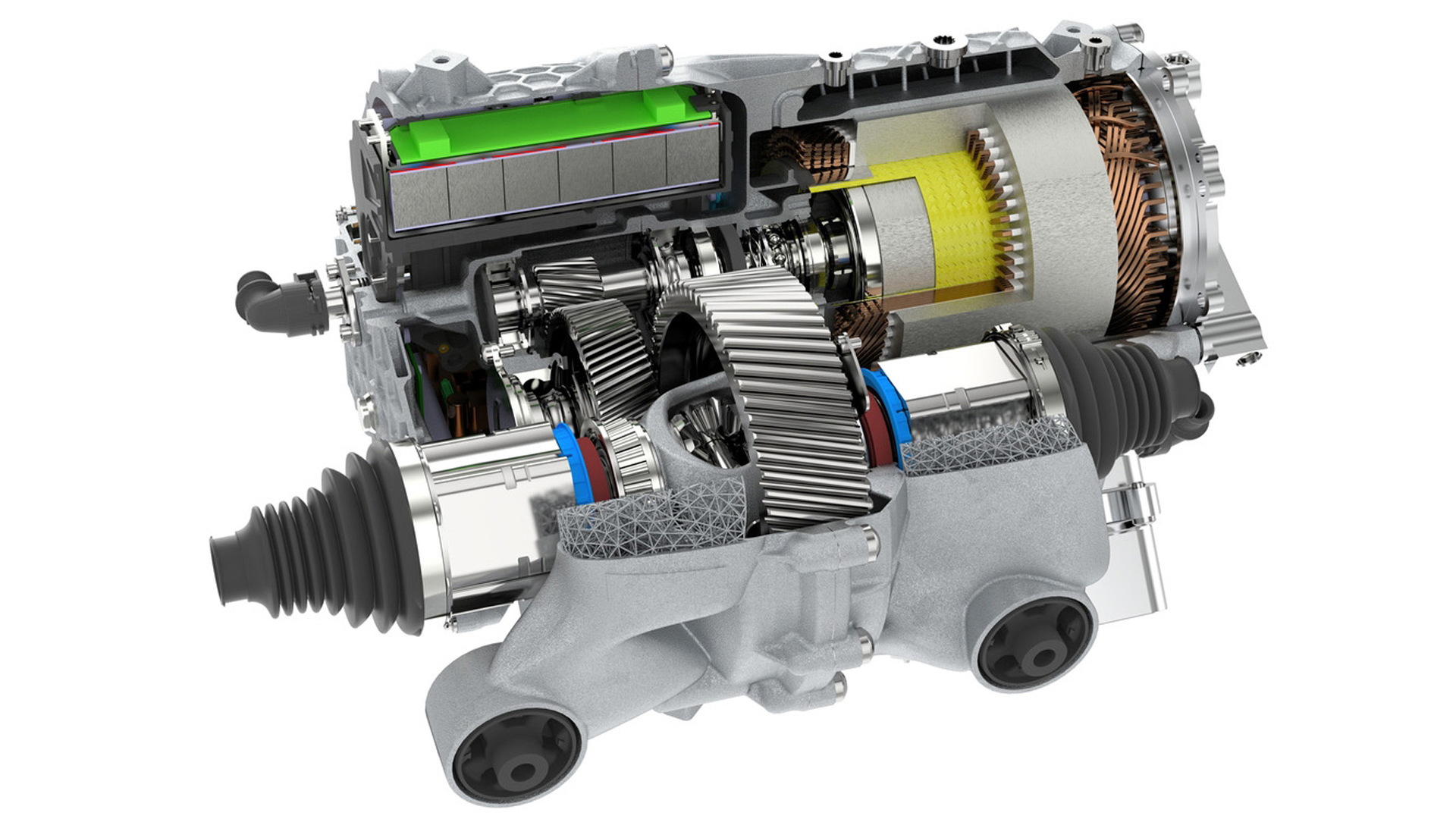 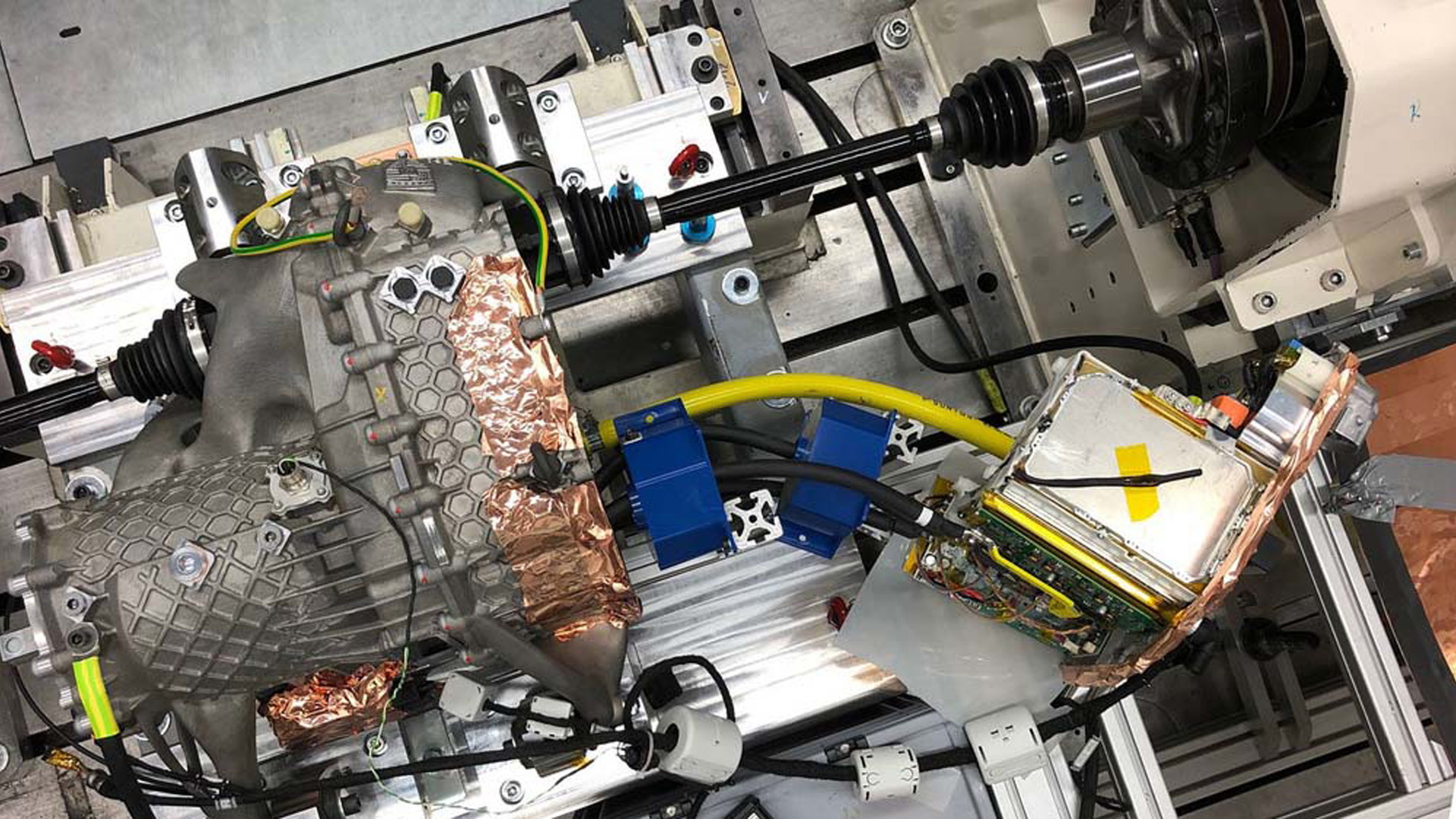 Last summer, Porsche started experimenting with 3D-printed pistons. The results were impressive, as the automaker was able to design a piston that weighed 10% less than a conventional forged unit, while also integrating a closed cooling duct in the piston crown. In the case of the 911 GT2 RS, the use of 3D-printed pistons saw power increase by 30 horsepower to a new total of 730 hp.

Now Porsche is experimenting with 3D-printed housings for electric drive systems like the ones used in the Taycan. Electric drive systems consist of the motor and transmission and sometimes the control unit. The 3D-printed housing Porsche is testing is designed to fit a motor and 2-speed transmission, as well as additional key components like bearings, heat exchangers and oil supply.

The 3D printing process for metal parts uses a laser that melts and fuses powdered metal in the desired shape. Compared to conventional casting of metal parts, much more complex forms can be created using 3D printing, including internal honeycomb-like structures that can reduce weight in some areas while increasing strength at others. Porsche has even started to use artificial intelligence to help design some of these complex forms.

The initial results are promising. The prototype unit is smaller, lighter and more rigid than its conventionally produced counterpart, and it has also passed Porsche's strict quality and stress tests without issue.

According to Porsche, the weight of the 3D-printed housing is about 40% less than a conventionally produced unit, which in turn results in a 10% weight reduction for the complete electric drive system. At the same time, the stiffness of the section separating the motor and transmission was increased by 100%. And by being able to integrate more components within the drive unit, Porsche said the assembly time for a drive unit could be reduced by around 20 minutes.

The limiting factor is that 3D-printed parts are difficult to produce at high volumes. Because of this, Porsche said the technology at present is more suited to producing special parts for low-volume models or for use in motorsport.