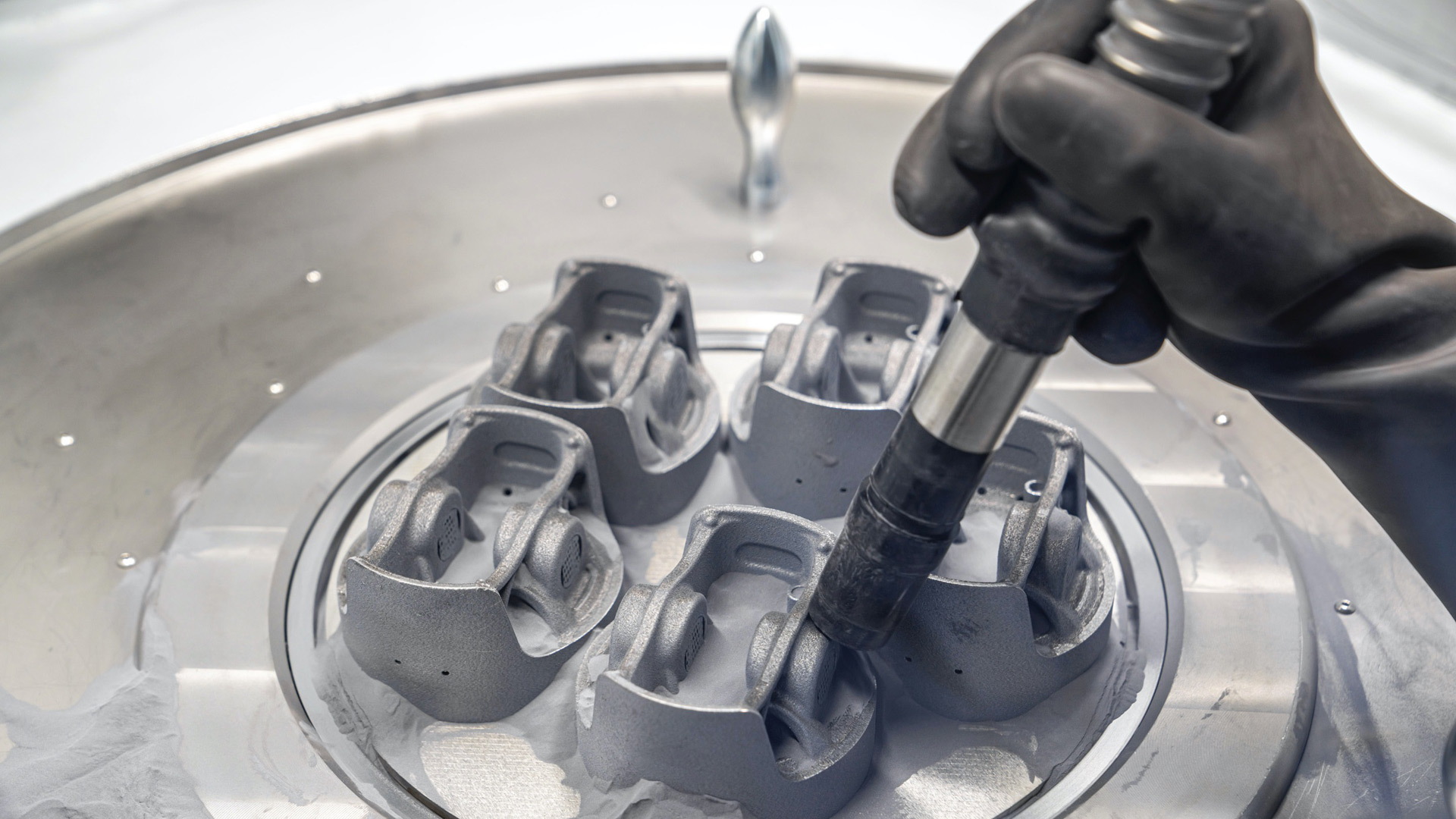 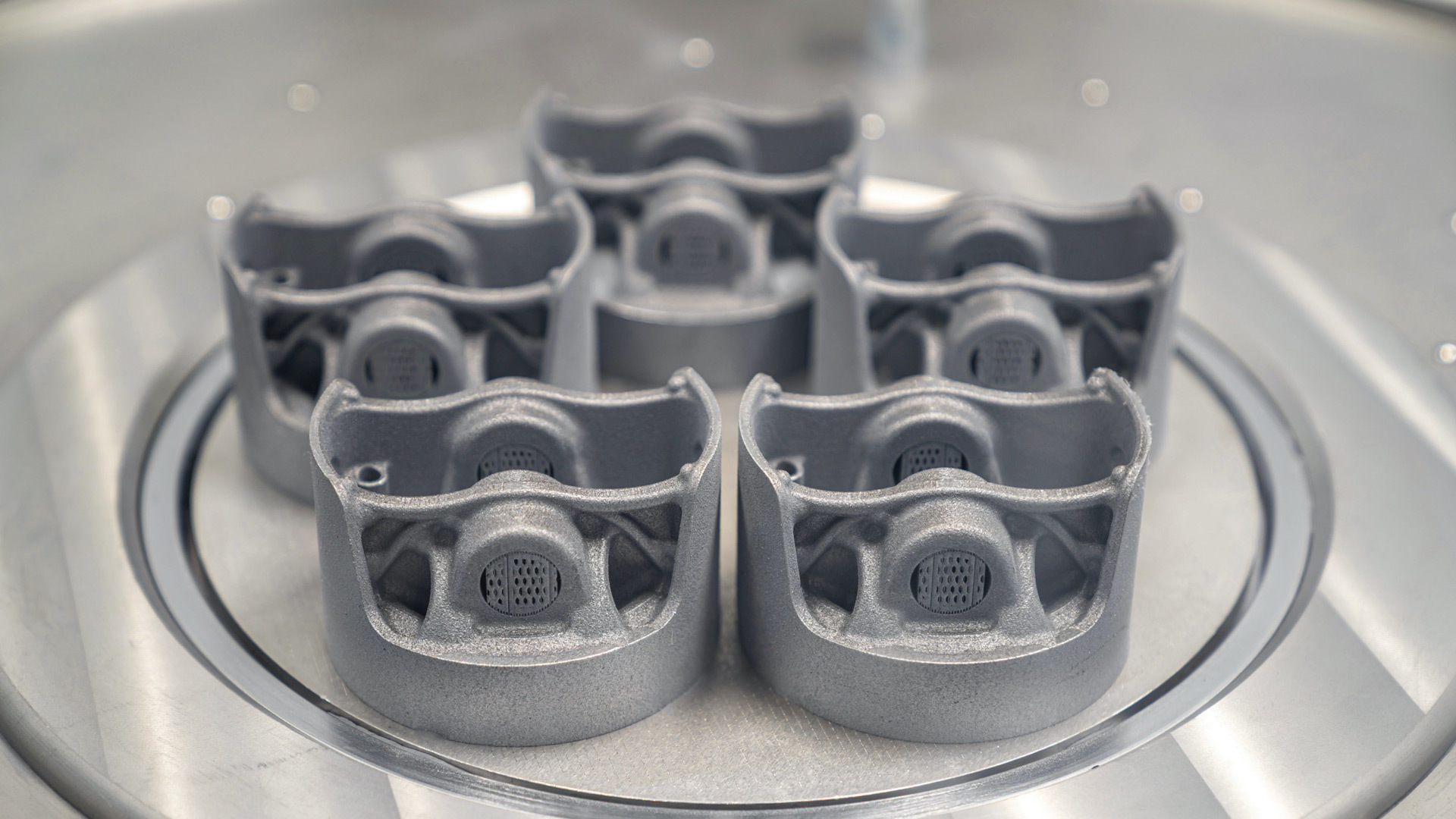 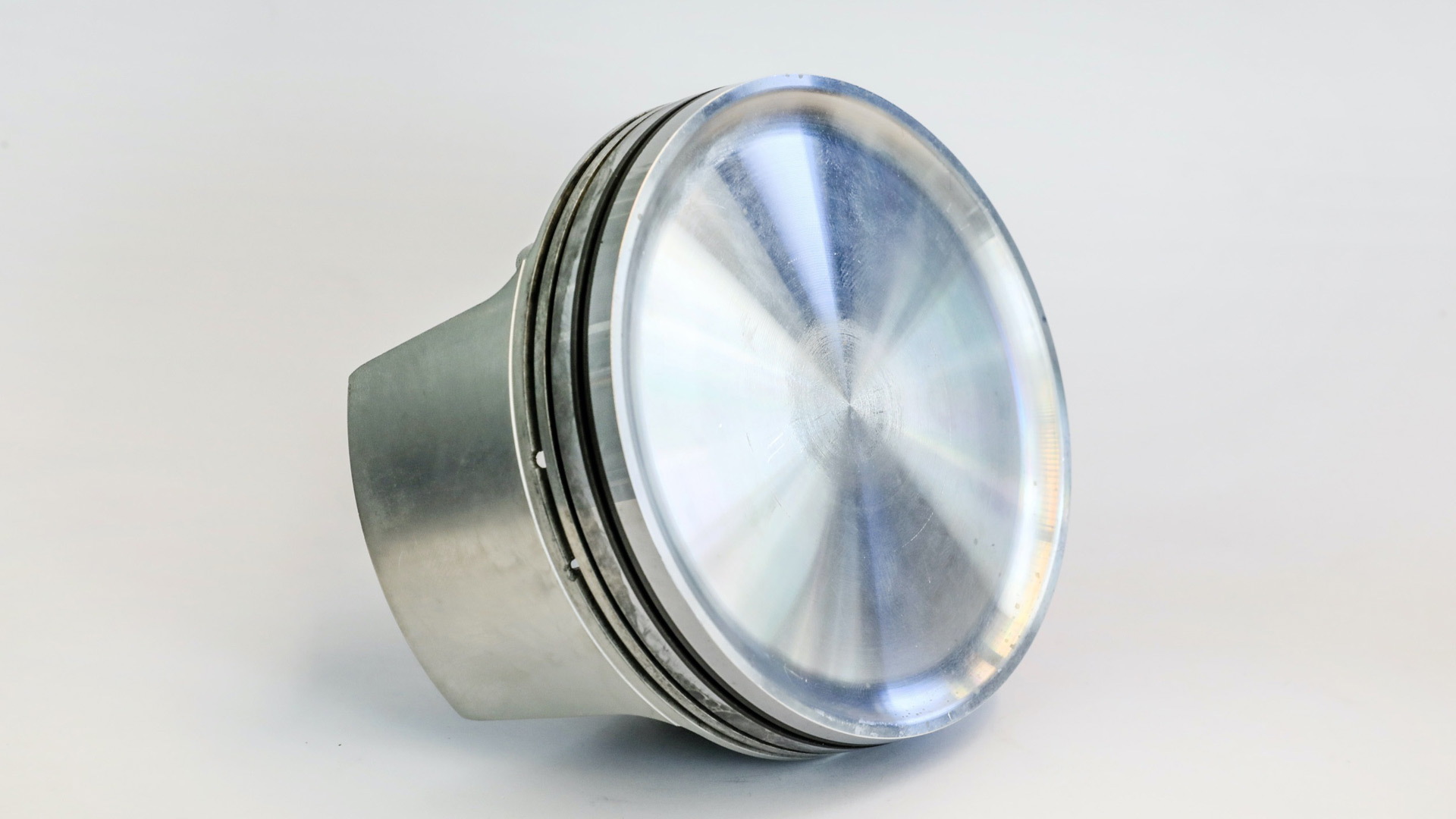 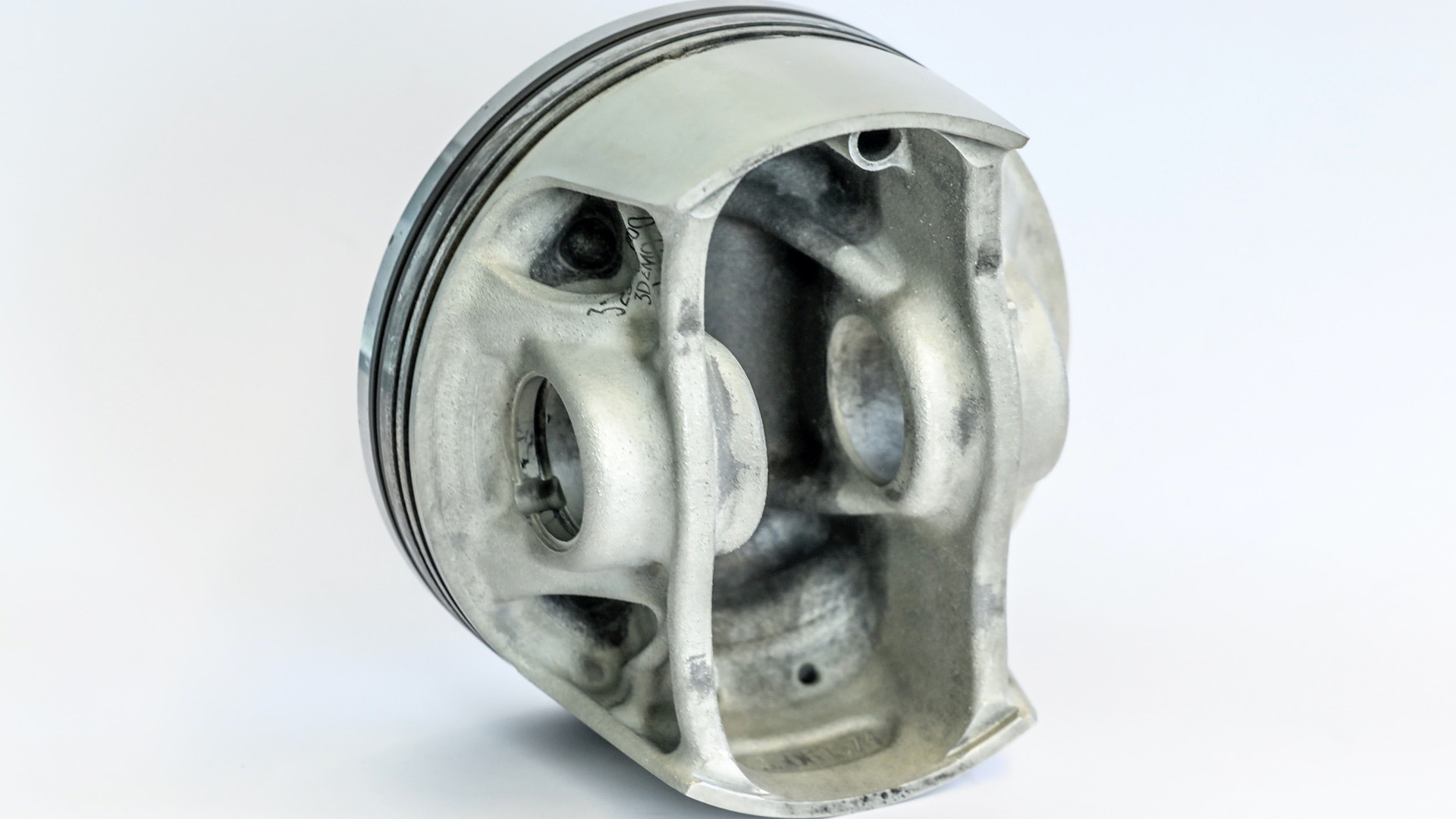 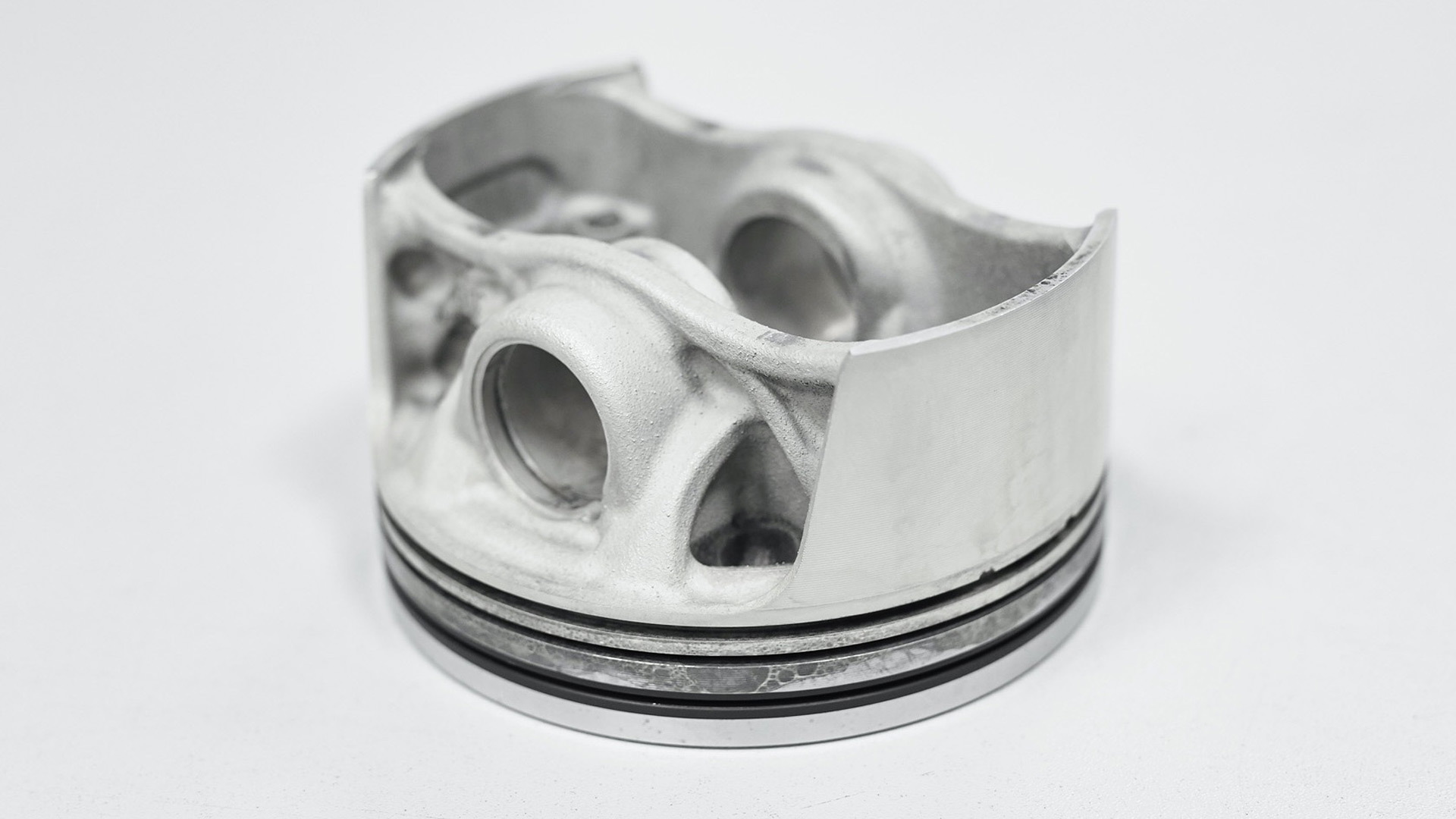 The process of 3D printing makes it possible for automakers to develop parts that conventional production methods just can't achieve. This is particularly true when it comes to metal components which can be made with extremely complex shapes with 3D printing, and this in turn can deliver real benefits.

Porsche for several years has been using 3D printing for low-volume manufacturing, such as building parts for classic car restorations or one-off parts for prototypes. Recently, though, the automaker has experimented with 3D printing highly-stressed drivetrain components, specifically the pistons that go into the 991-generation 911 GT2 RS.

With 3D printing, Porsche was able to design a piston that weighs 10% less than a conventional forged piston, as well as integrate a closed cooling duct in the piston crown. This might not seem like a remarkable achievement but it means Porsche could increase the engine revs, lower the temperature load on the piston, and optimize the combustion process. The result is improved efficiency and performance, according to Porsche.

In a release issued earlier this week, Porsche said the quality and performance of the pistons were validated. The automaker didn't say if they were going to be used in a production model, however.

Porsche already uses 3D-printed seat components in the latest 911 and 718 sports cars. Fellow Volkswagen Group brand Bugatti is also 3D printing low-volume components for its hypercars. And taking the concept to the extreme is America's Czinger which in March unveiled a hypercar that uses 3D printing for almost every metal component.