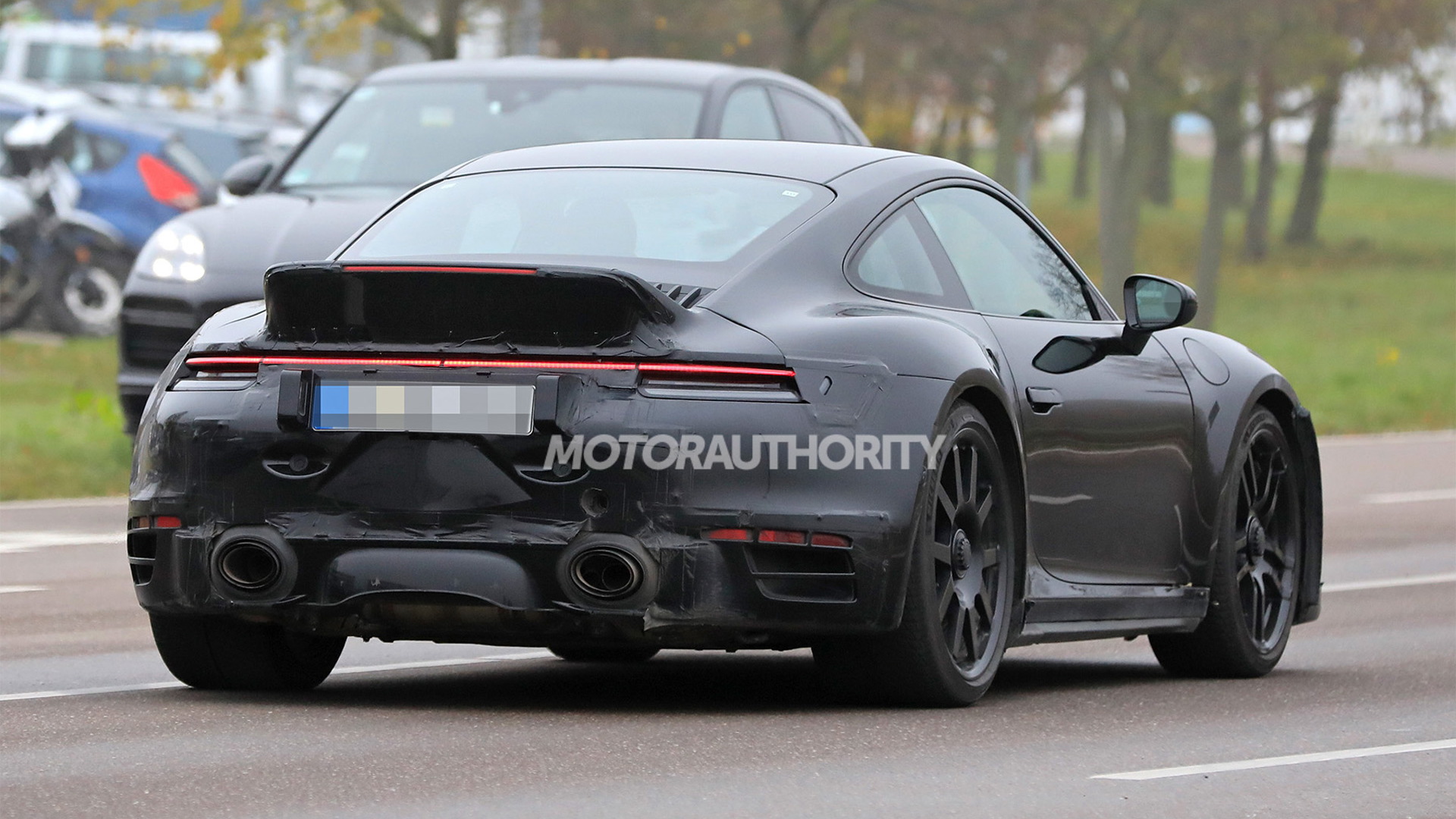 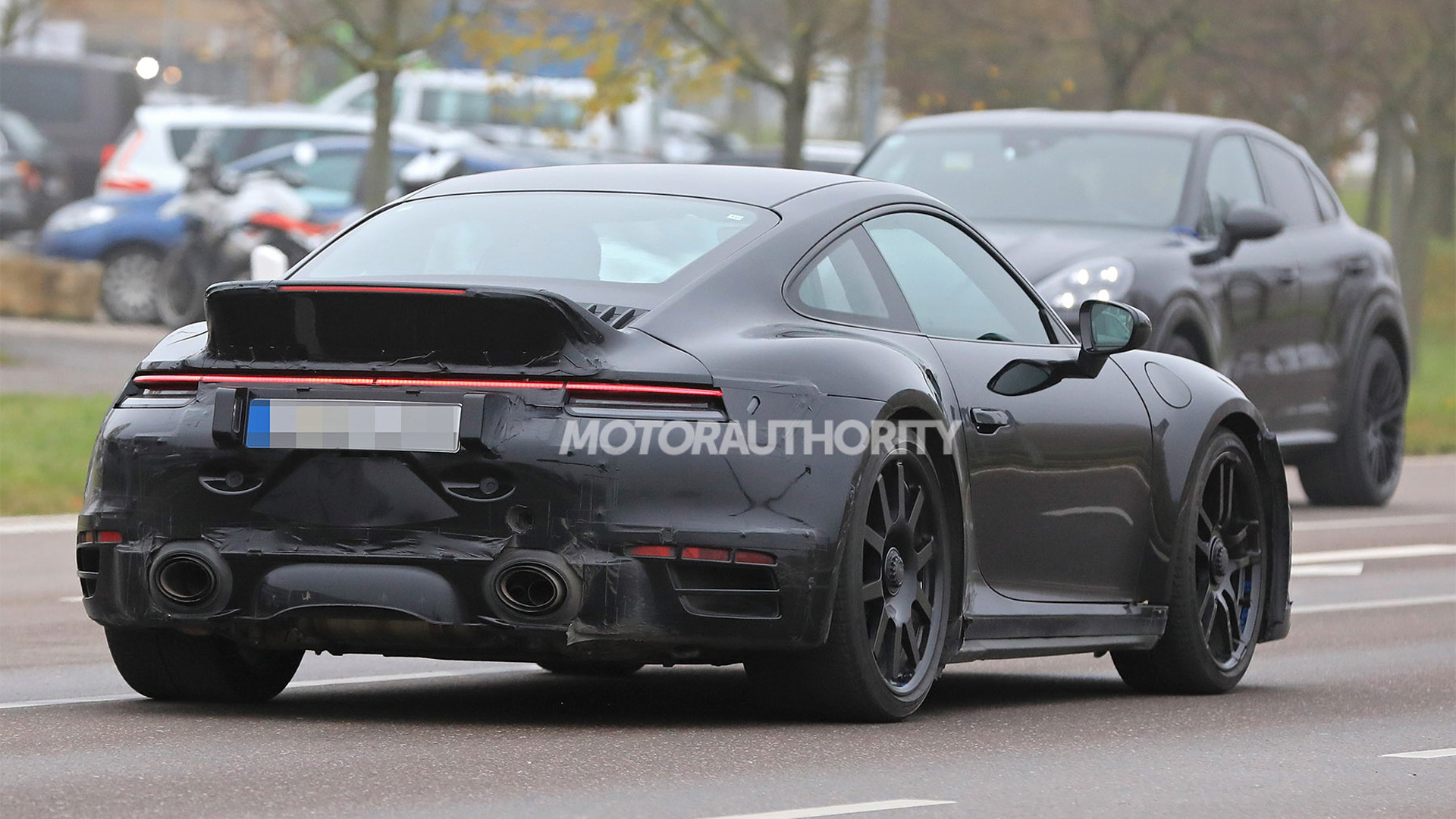 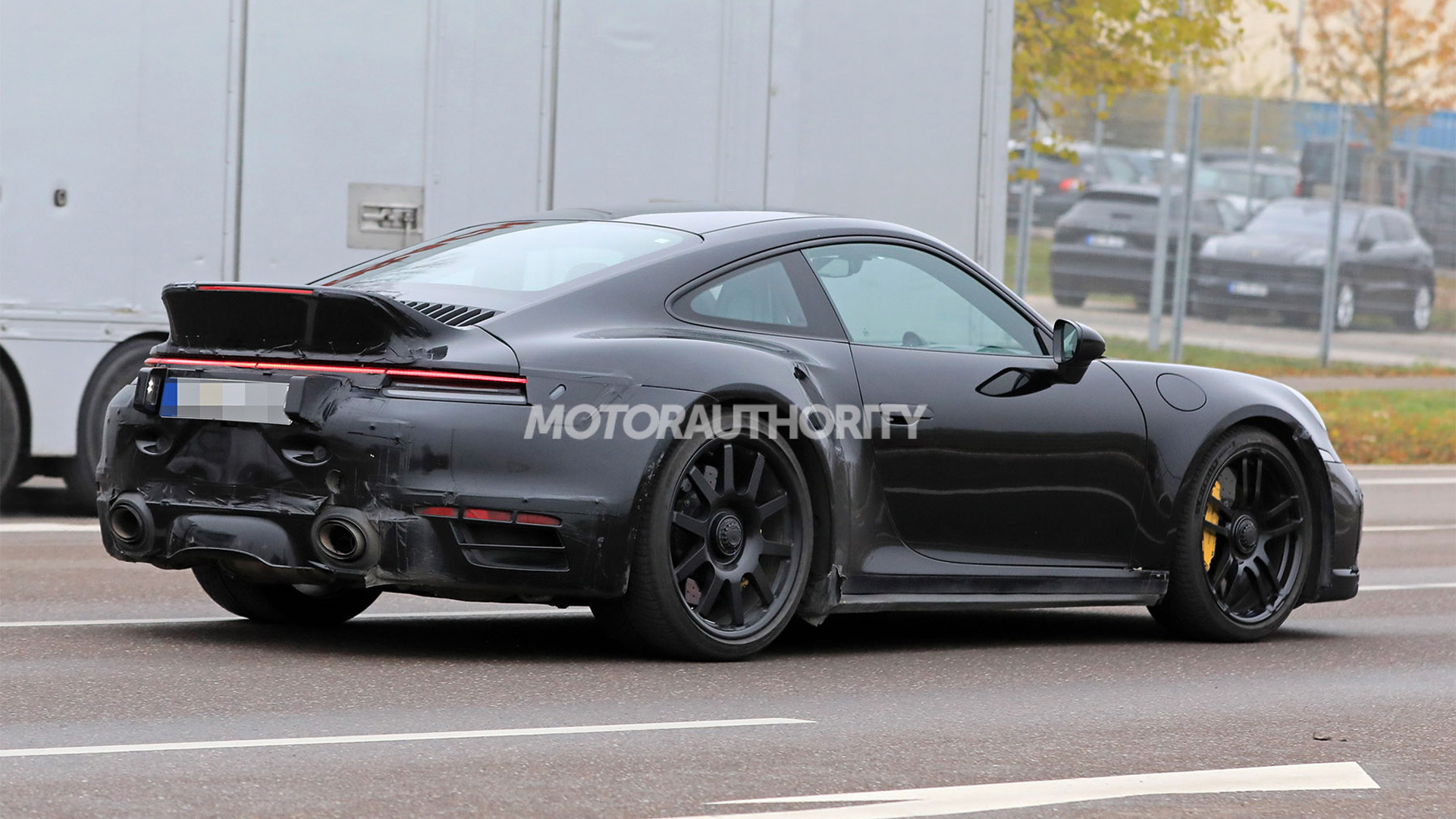 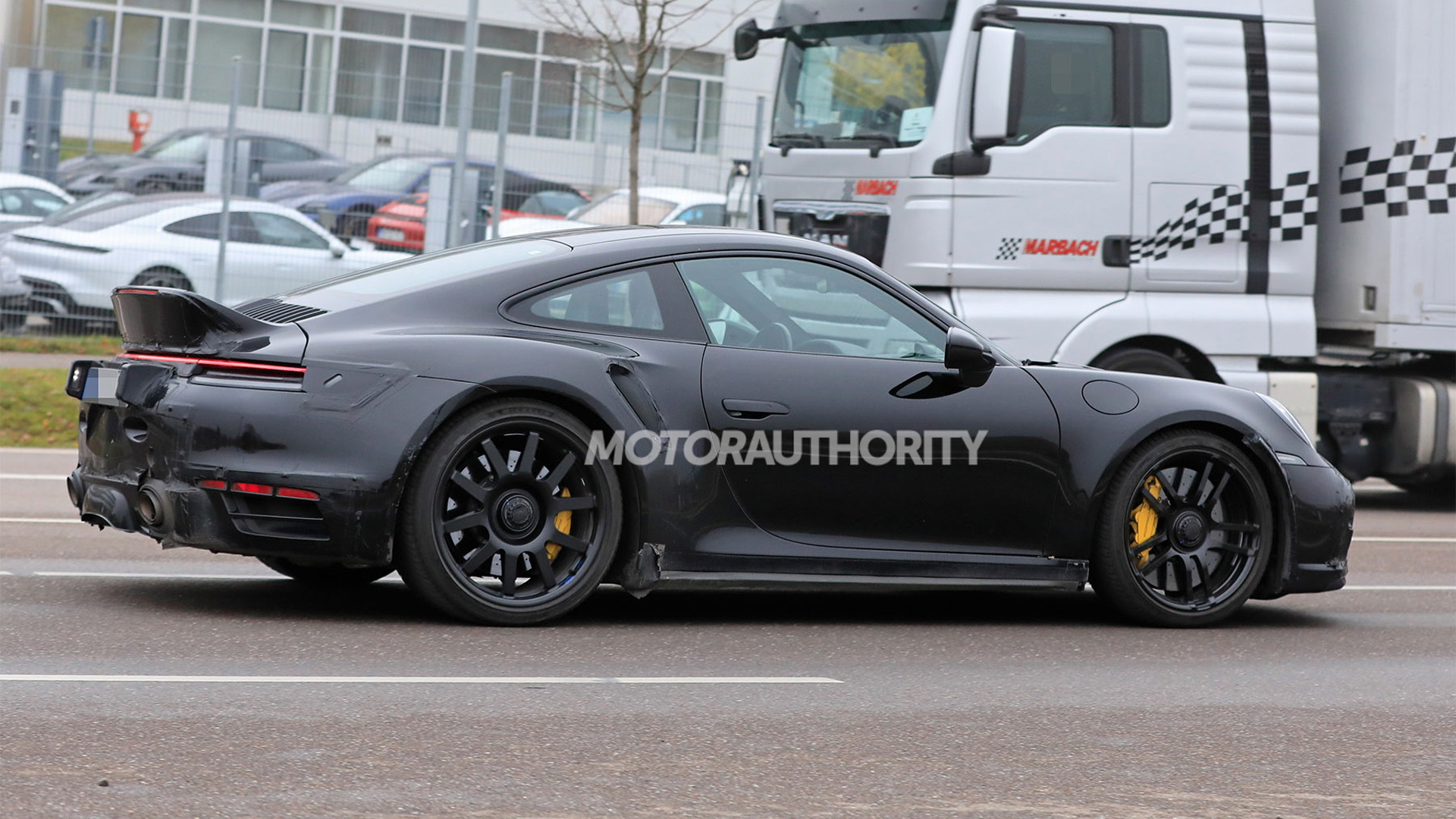 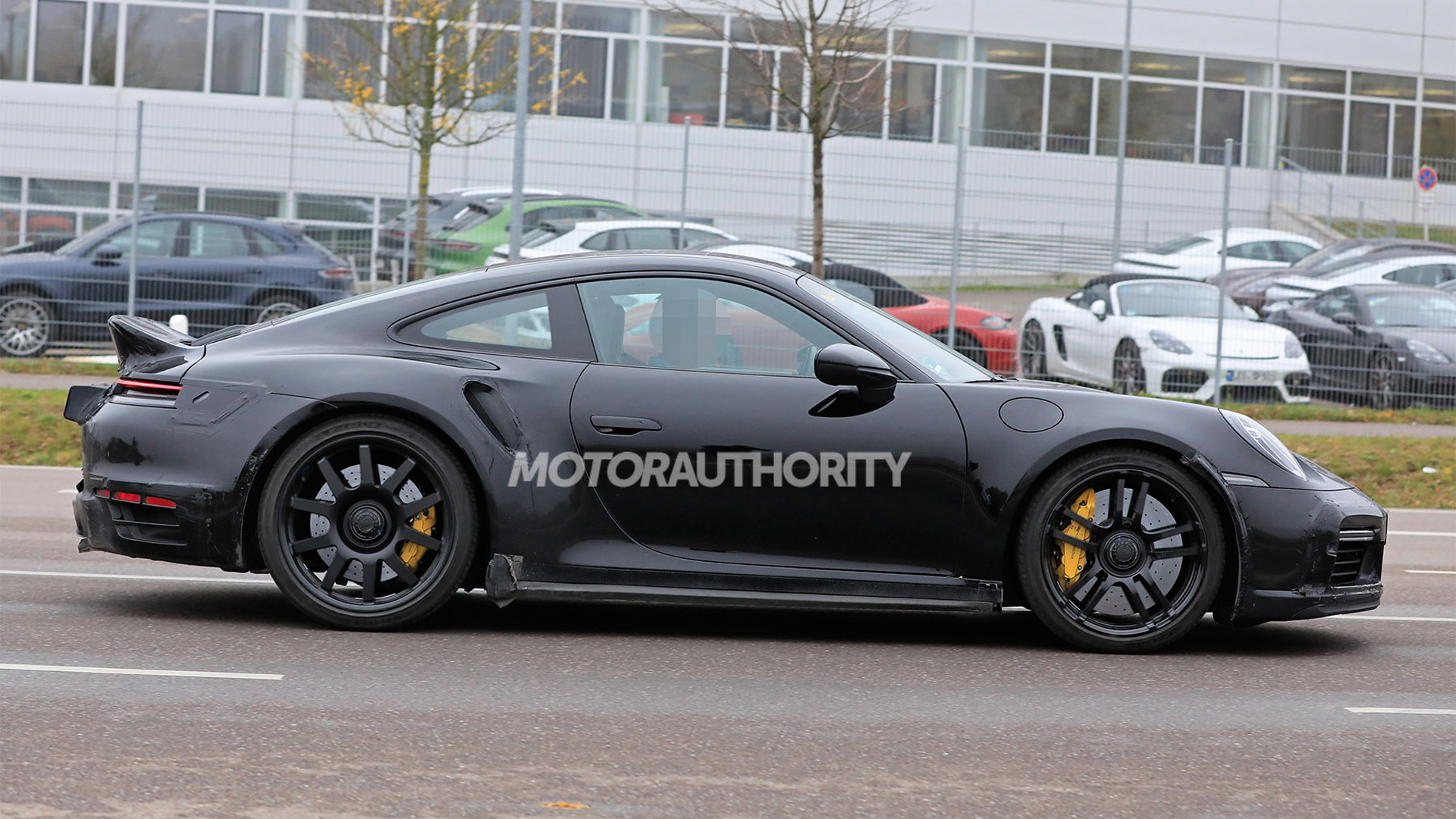 Porsche is very close to unveiling a new 911 Turbo based on the latest 992-generation 911. Our newest spy shots show one of the prototypes, though this particular tester differs from the earlier ones due to its prominent ducktail spoiler.

Beyond the spoiler, the prototype looks identical to previous testers seen for the new Turbo. There's a wider body compared to the body of the current Carrera models and new intakes in each of the rear fenders and at either side of the rear fascia. The brake rotors also fill up the center-lock wheels, which measure 20 inches up front and 21 at the rear.

Power in the new Turbo will come from a twin-turbocharged flat-6 mated to an 8-speed dual-clutch transmission and all-wheel-drive system. Peak power should hover around 600 horsepower and as much as 641 hp in the spicier Turbo S.

The new Turbo is due next spring and expected to arrive in both standard and S guises. If Porsche is planning an additional Turbo RS, we wouldn't expect it to arrive until after the launch of the traditional Turbo models.