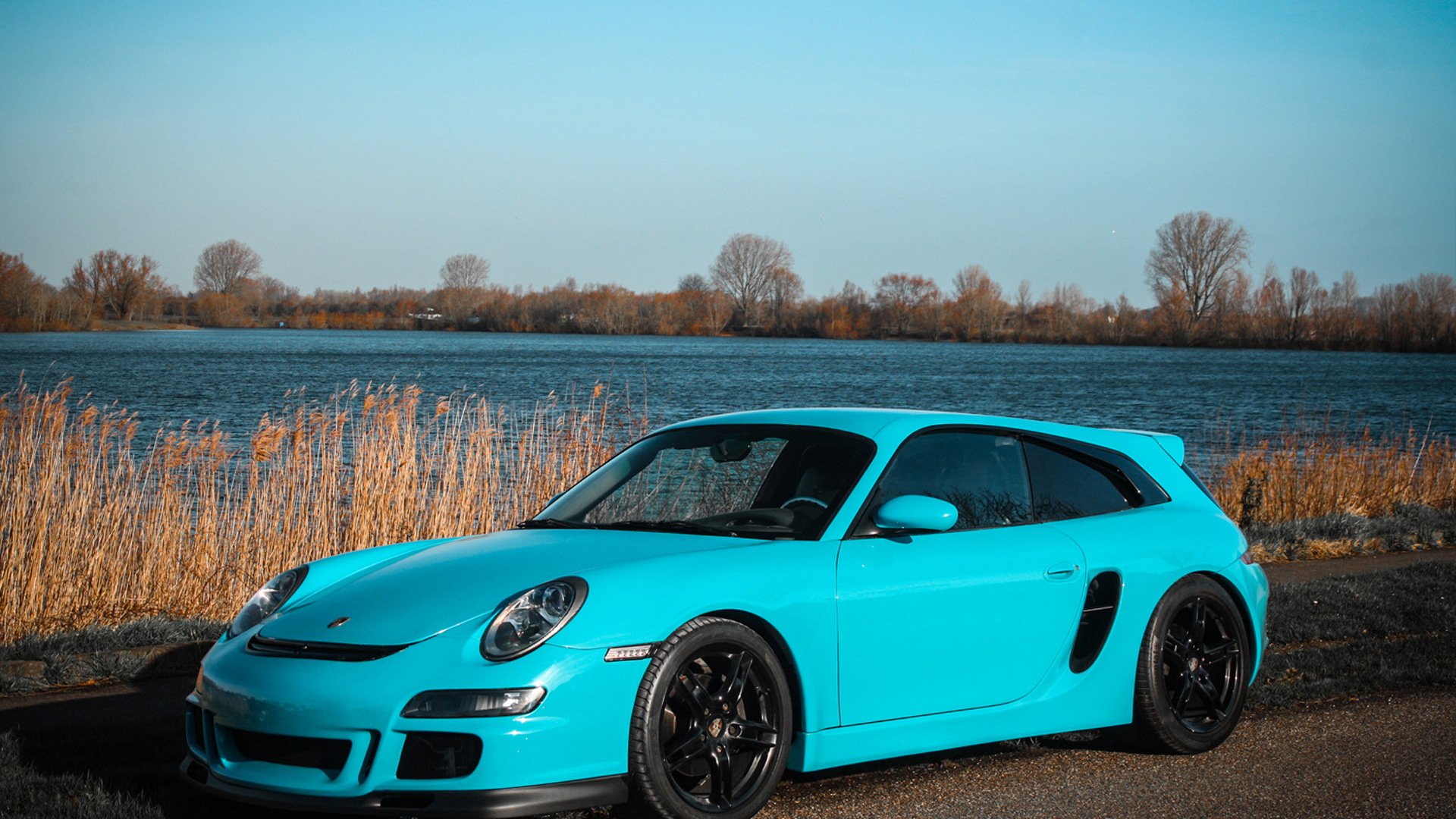 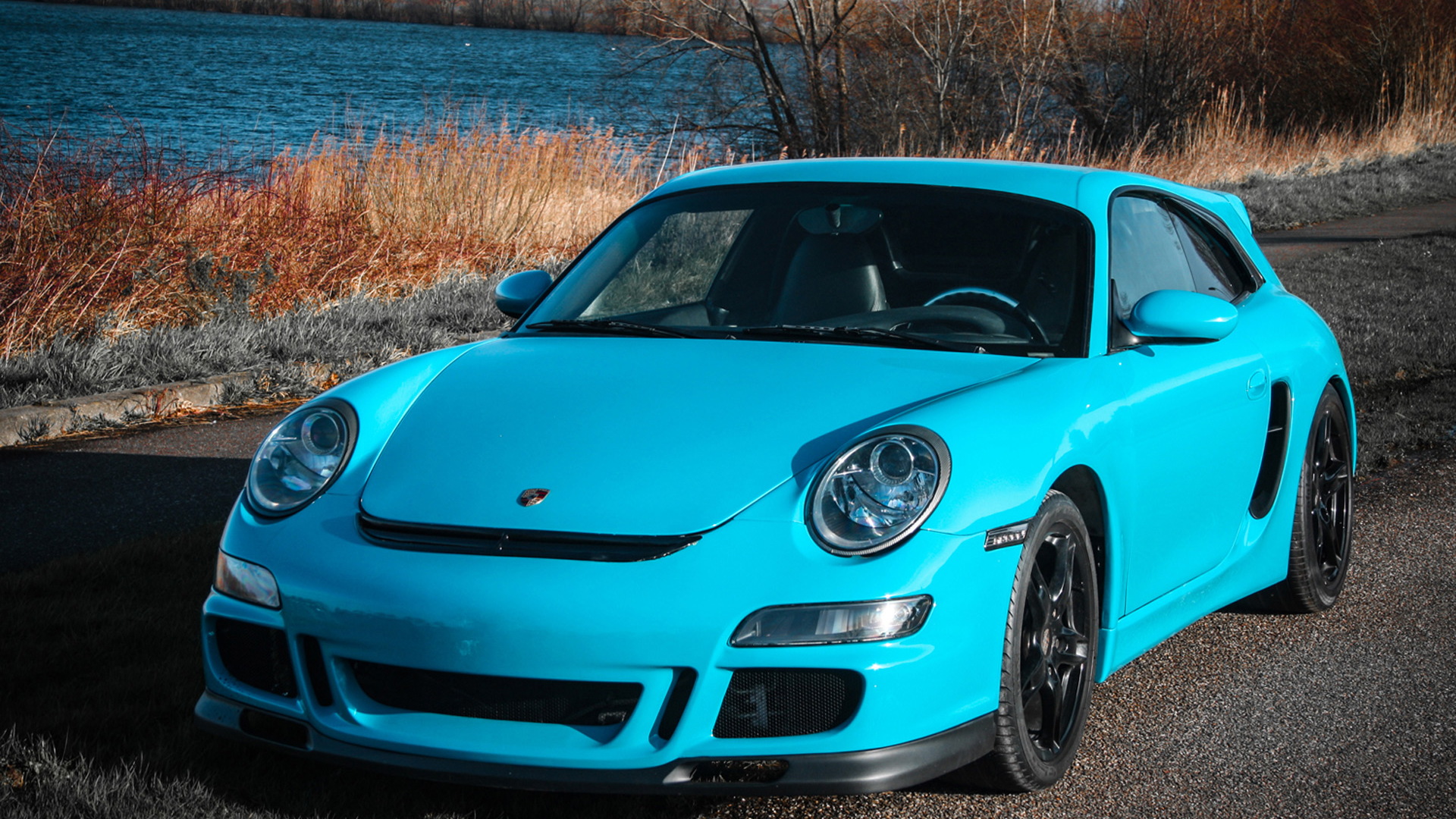 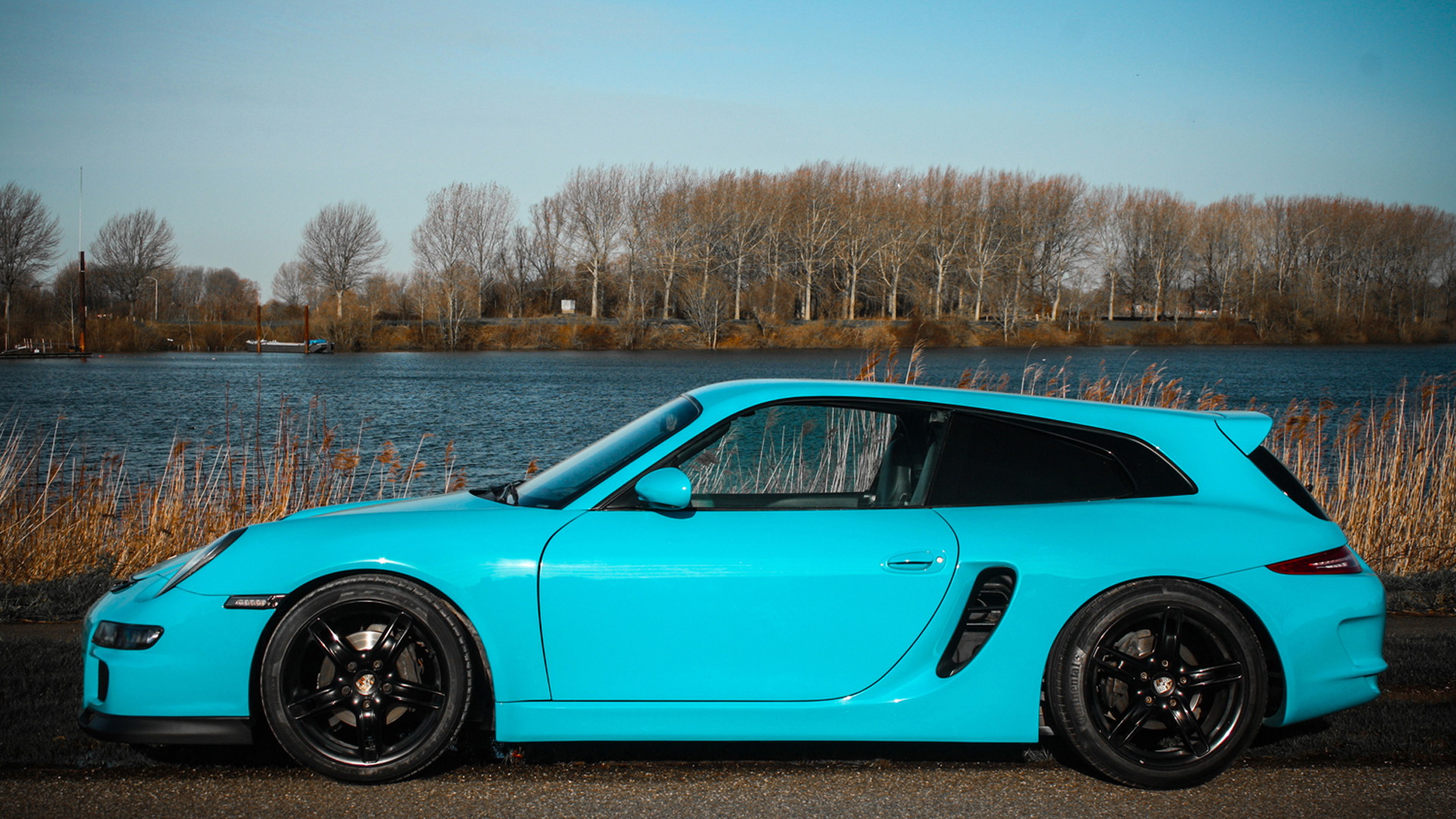 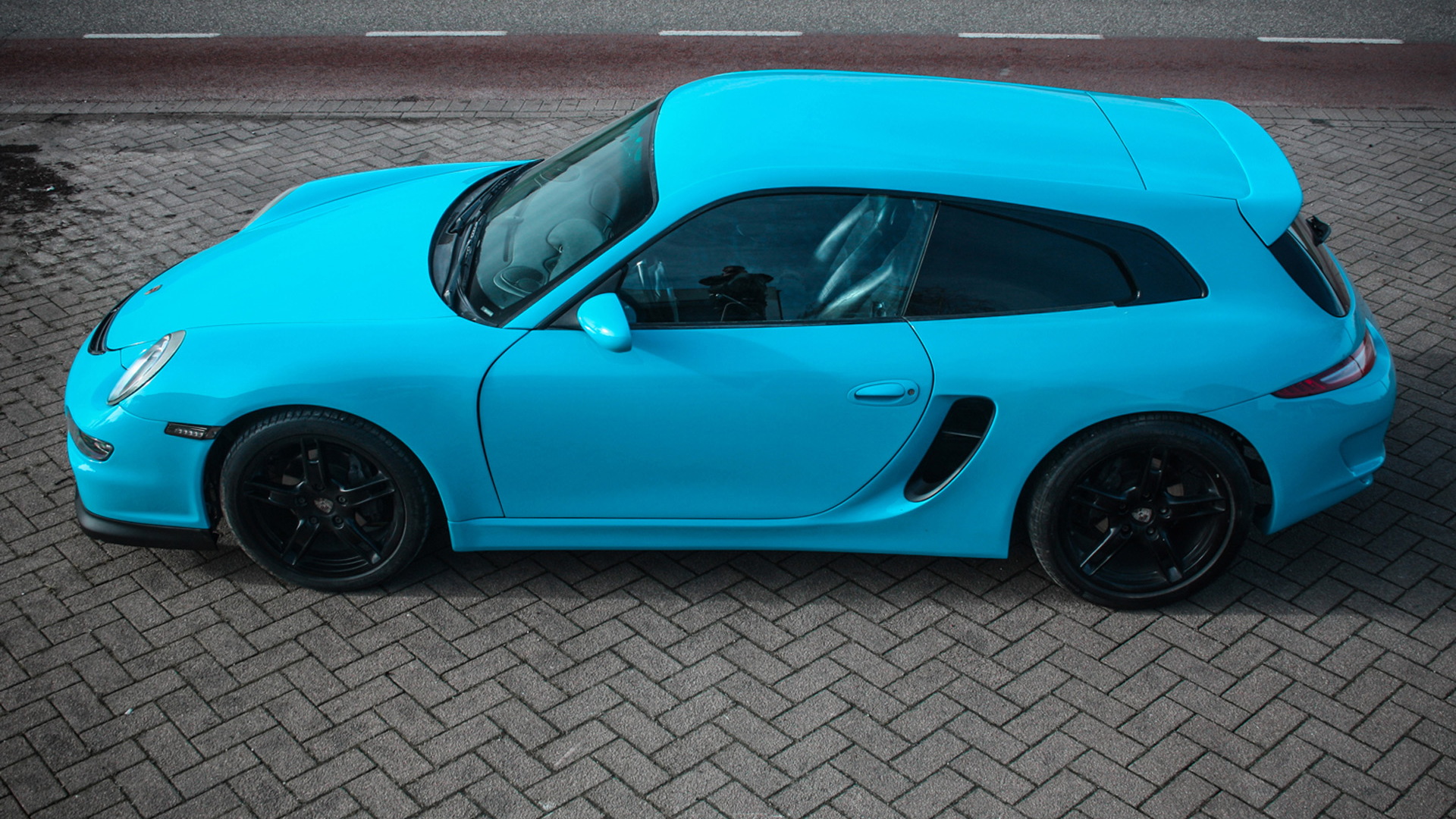 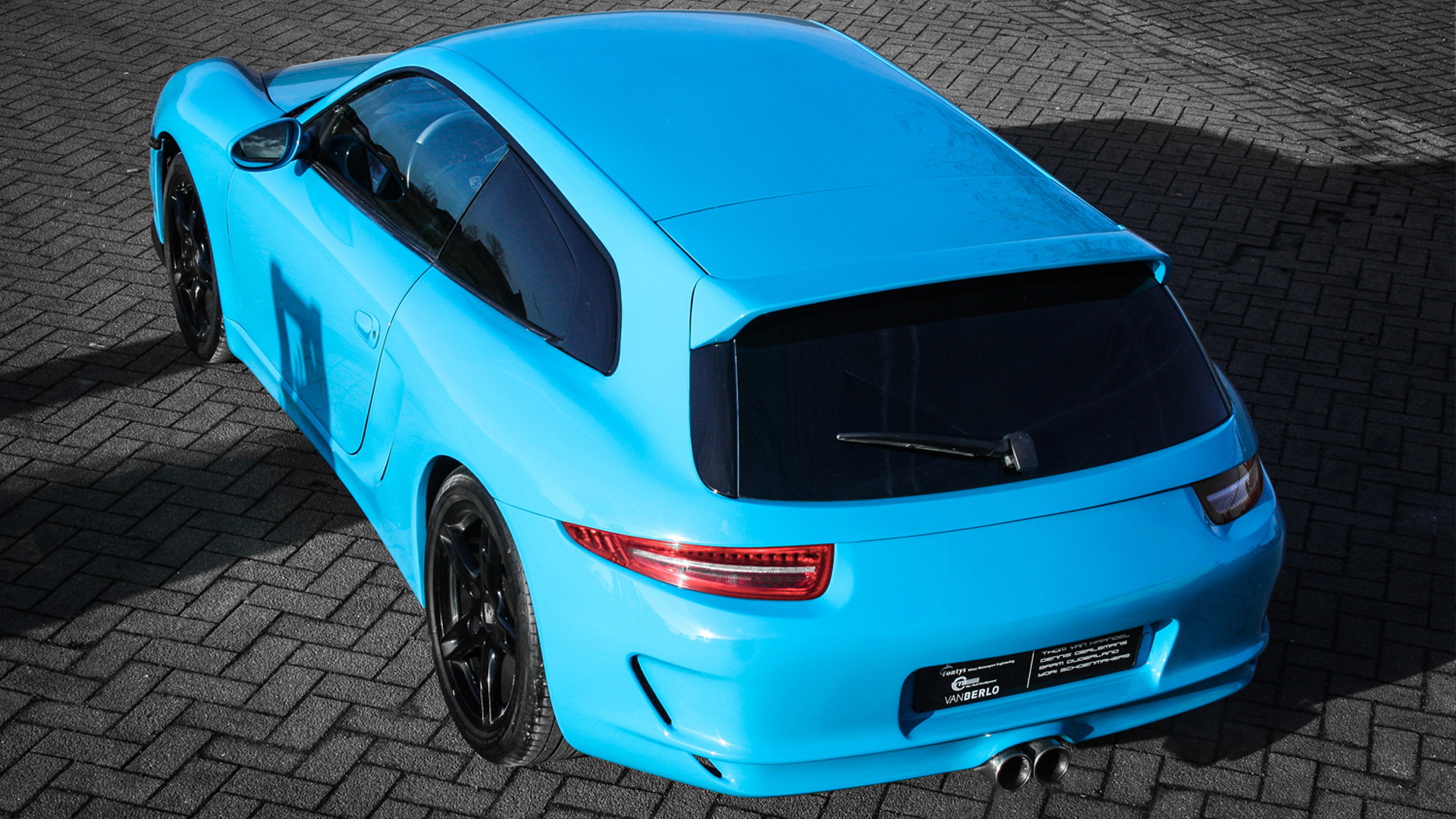 Enthusiasts frequently have strange tastes, and while we may swoon over anything that adds practicality to a high-performance car, not everybody sees it the same way—especially the bean counters in an automotive accounting department, who often cite silly notions such as "marketability" or "profitability" as good reasons to buy a car.

Even when automakers shelve these neat ideas, car folks take notice. Inevitably, somebody will end up building one, oftentimes with only so-so results. Take for example this Porsche shooting brake from the Netherlands, which was developed by students at Fontys Hogeschool Automotive Eindhoven in partnership with Van Thull Development, an expert in crafting composite body panels.

While it may resemble a Porsche 911 (there are elements from the 996, 997 and 991 generations), the donor car in this case is actually a 986-generation Boxster. The engine is still behind the rear seats but is hidden by a panel that provides a generous storage area above.

We aren't quite sure if the design was inspired by any existing cars—the Ferrari GTC4 Lusso is an obvious candidate—but some angles conjure up images of other cars. The three-quarter view taken from the front, for example, actually gives off some pretty serious 1990s Honda Civic hatchback vibes, but there are worse cars to imitate when it comes to custom creations.

Work on the car was completed in February and impressively the modifications were designed with as many off-the-shelf parts as possible so that more Boxsters would be able to undergo the transformation, assuming there's demand for it. Anyone interested should contact Van Thull Development based in Lith, the Netherlands.