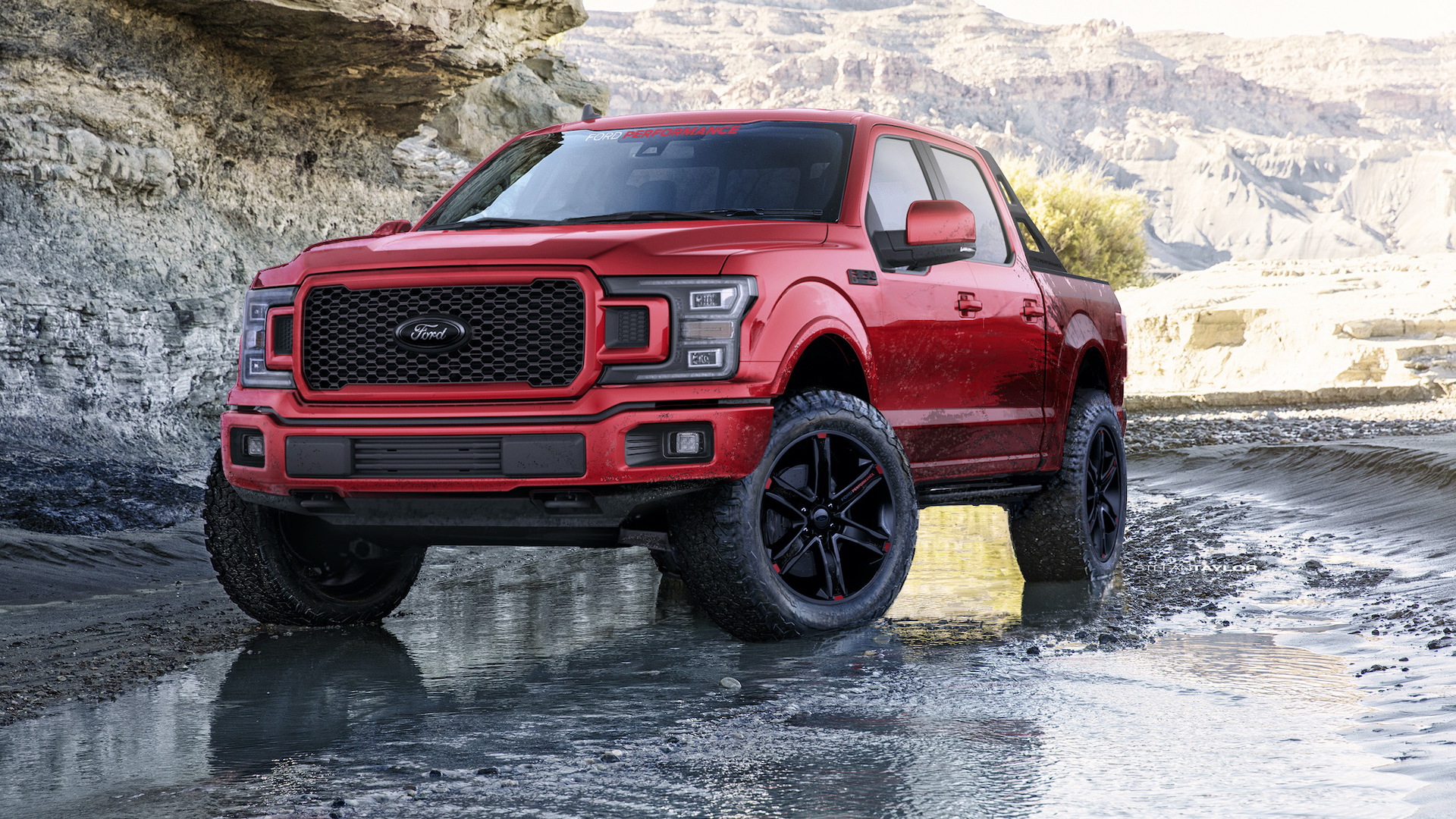 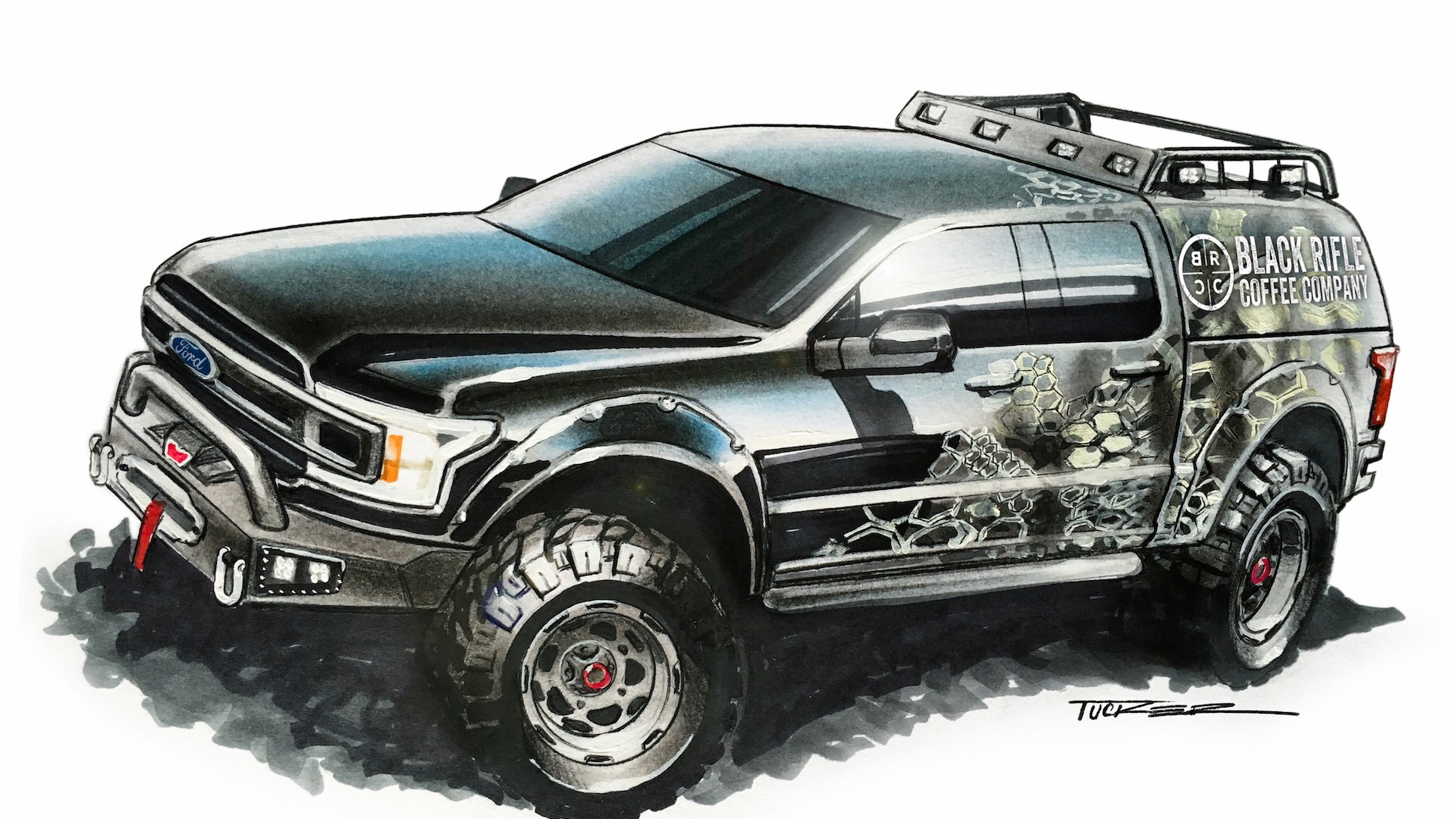 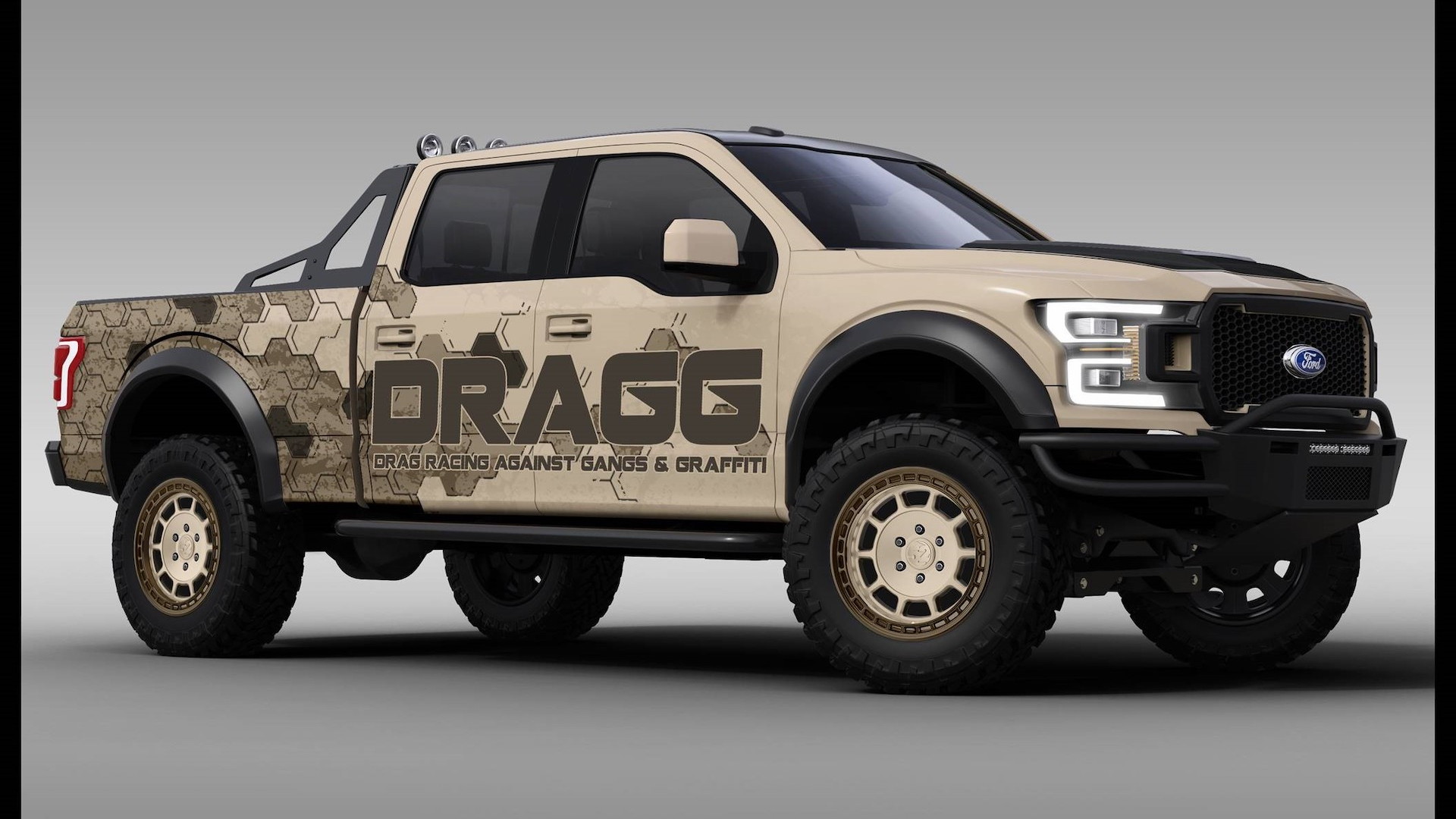 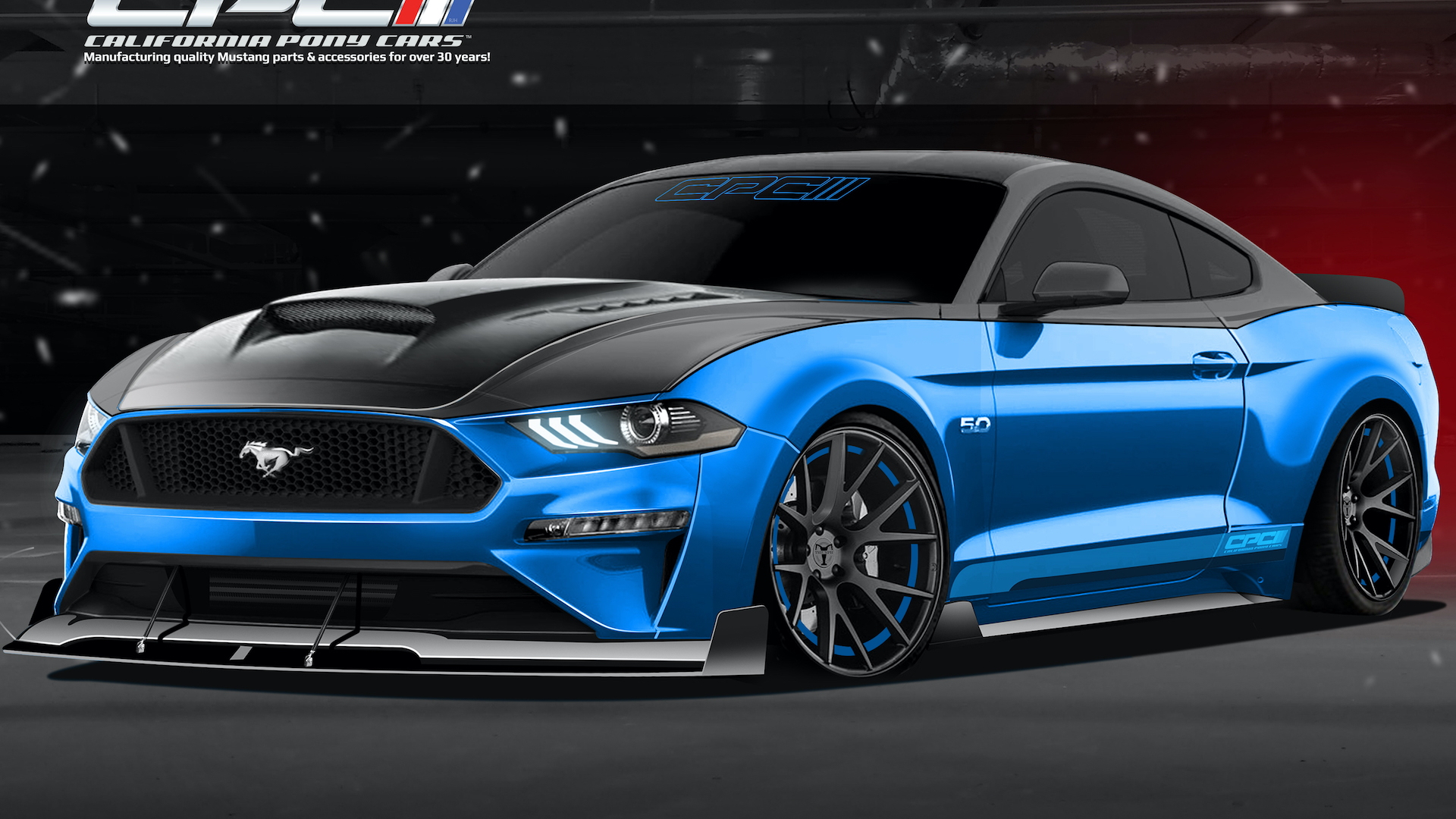 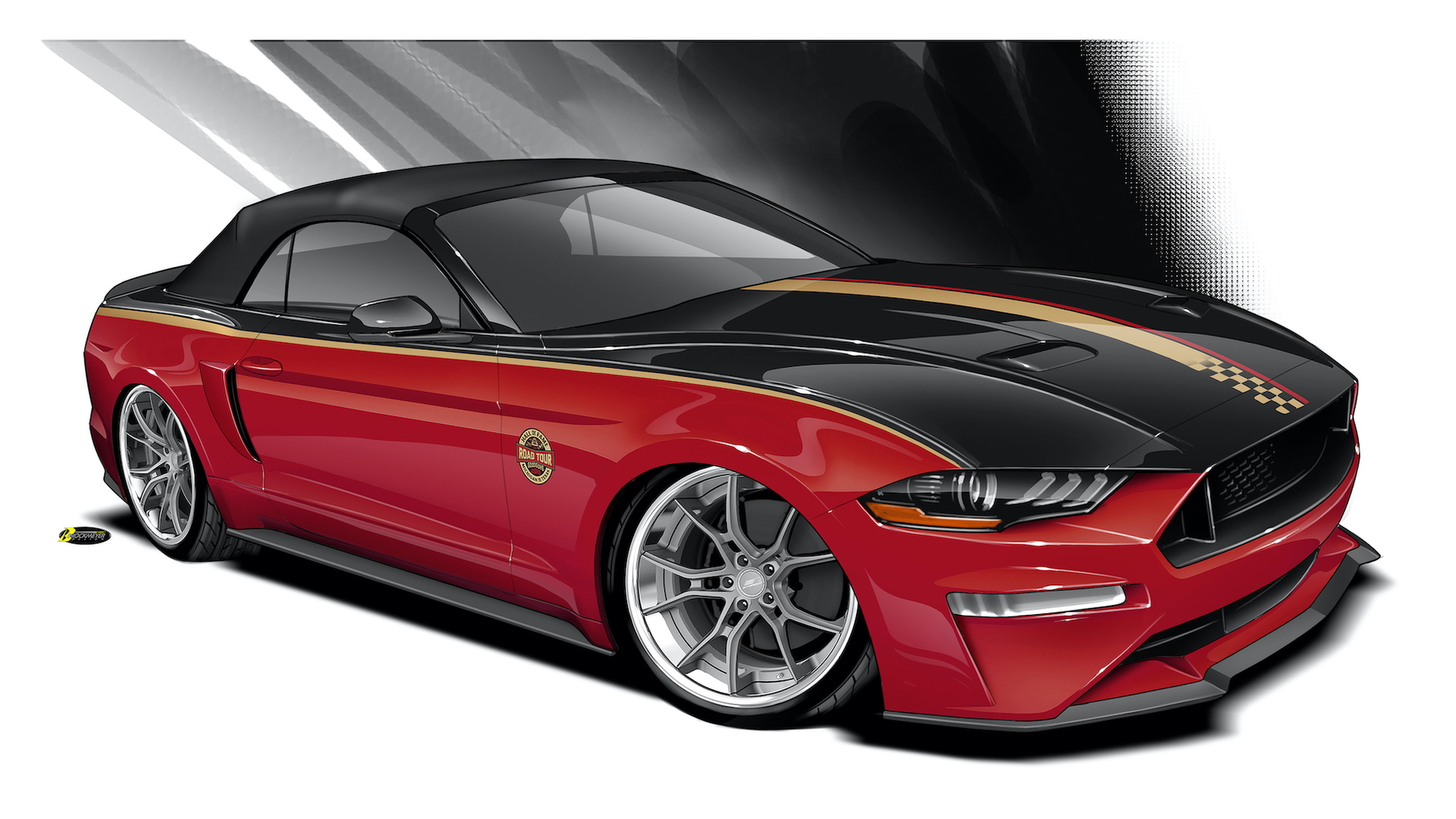 Ford will have more than 50 custom builds on display at next week's SEMA show and you can bet that the vast majority of them will be Mustangs and F-150s.

The two nameplates are among the most popular for modifying, which is why there are numerous companies offering up parts for them, including Ford itself. For example, the Ford Accessories division will have an F-150 Lariat Sport Crew Cab on display sporting a Fox-tuned by Ford Performance off-road suspension leveling kit, an LED lighting kit, and a Ford Performance cat-back exhaust. The truck also features a new black accent package and 22-inch wheels with Mickey Thompson Baja ATZ P3 tires.

Another F-150 sure to grab attention will be the F-150 Lariat Sport SuperCrew 4x4 from Drag Racing Against Gangs & Graffiti. The truck boasts power improvements from a Ford Performance supercharger for its 5.0-liter V-8, plus a cold-air intake and Borla cat-back exhaust. Its chassis features a BDS Suspension 6.0-inch lift kit, Fox race series shocks, Wilwood Performance brakes, and DSM&T Co. harnesses and fasteners. Those wheels you see are 20-inch Fifteen52 TurboMac wheels wrapped in BFGoodrich All-Terrain KO2 tires. To dress up the truck, the designers added Bushwhacker fender flares, extra lights, and a stealth bumper package.

For Mustang fans, Ford has detailed two builds. The first is from California Pony Cars and is based on a Mustang GT whose 5.0-liter V-8 has received a Ford Performance supercharger. The car also featuers a Borla cat-back exhaust, 21-inch Triumph Performance wheels with TOYO Proxes T1R tires, and a powerful Baer EradiSpeed brake package. The final touch is California Pony Cars's own body kit.

The second Mustang build detailed by Ford is a Mustang EcoBoost with the convertible option. Responsible for the build is Goodguys Rod & Custom Association, which added Ford Performance lowering springs, Brembo brakes, B-forged 20-inch wheels and Michelin Pilot Sport tires. A number of body enhancements have also been added, most notably the side scoops by Air Designs, and the whole thing has been painted a combination of red, black and gold.

This is just a taste of what Ford's bringing to SEMA. The show gets underway in Las Vegas on November 5 and you can learn about some of the other vehicles set to appear by visiting our dedicated hub.