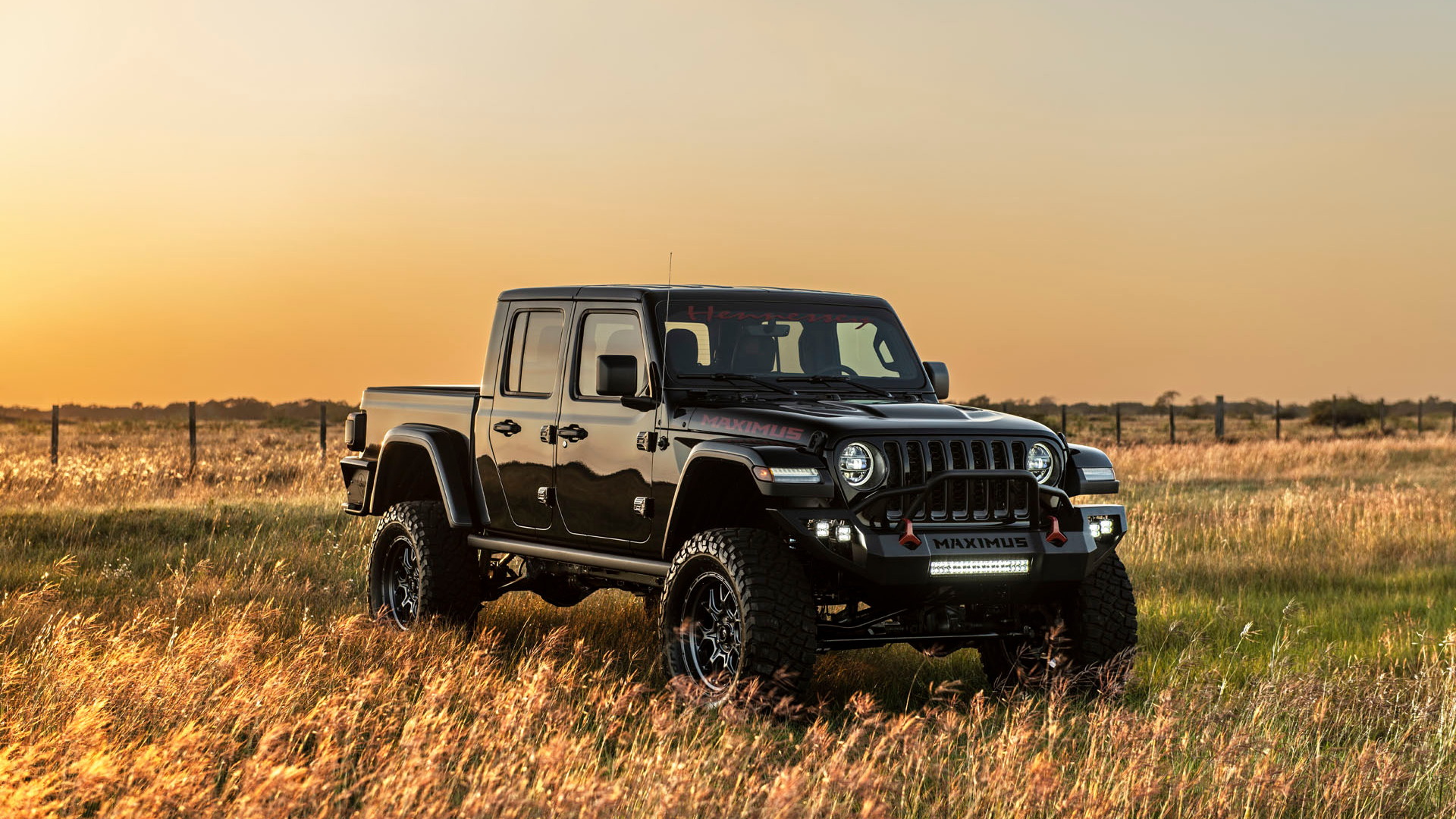 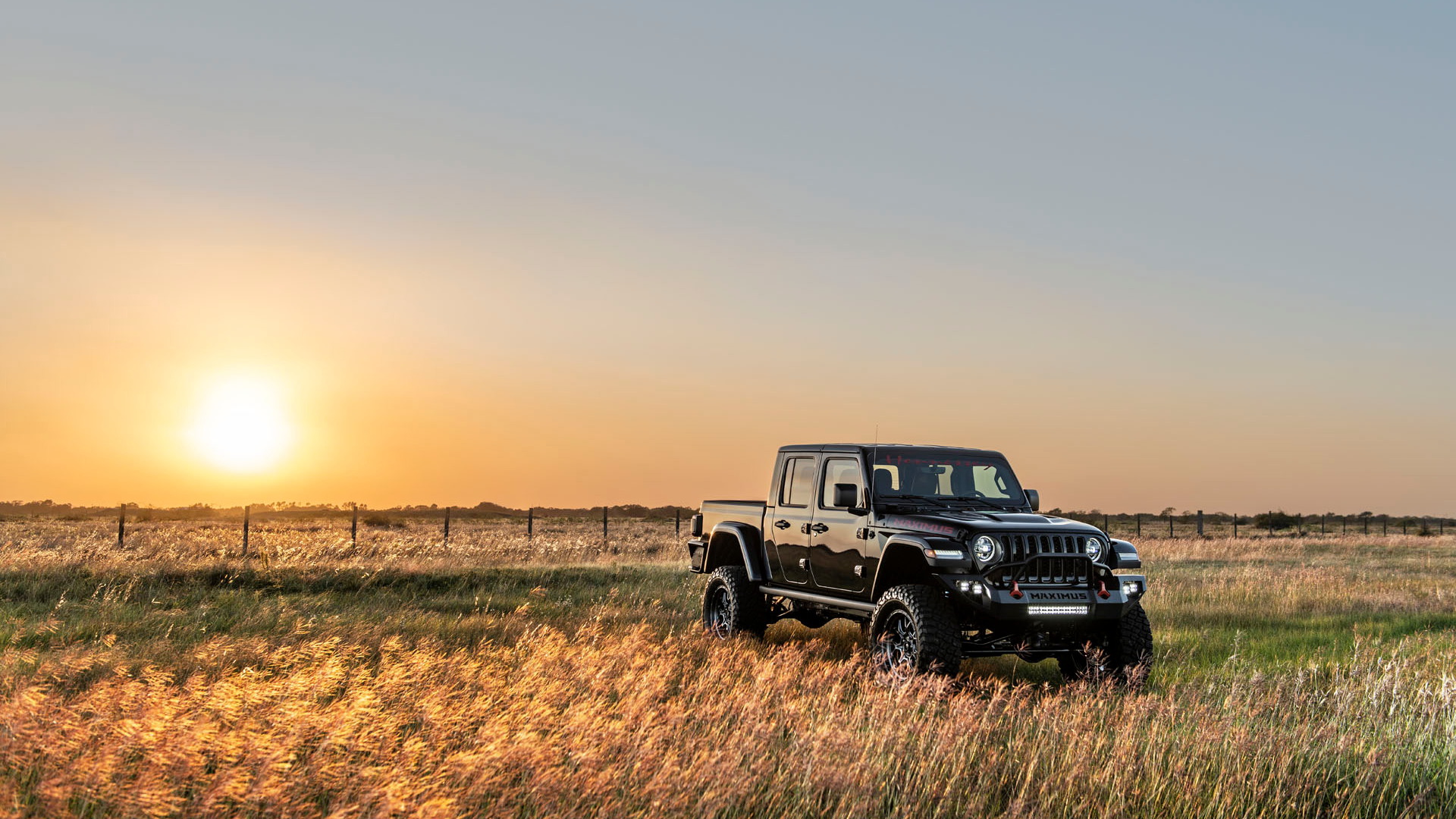 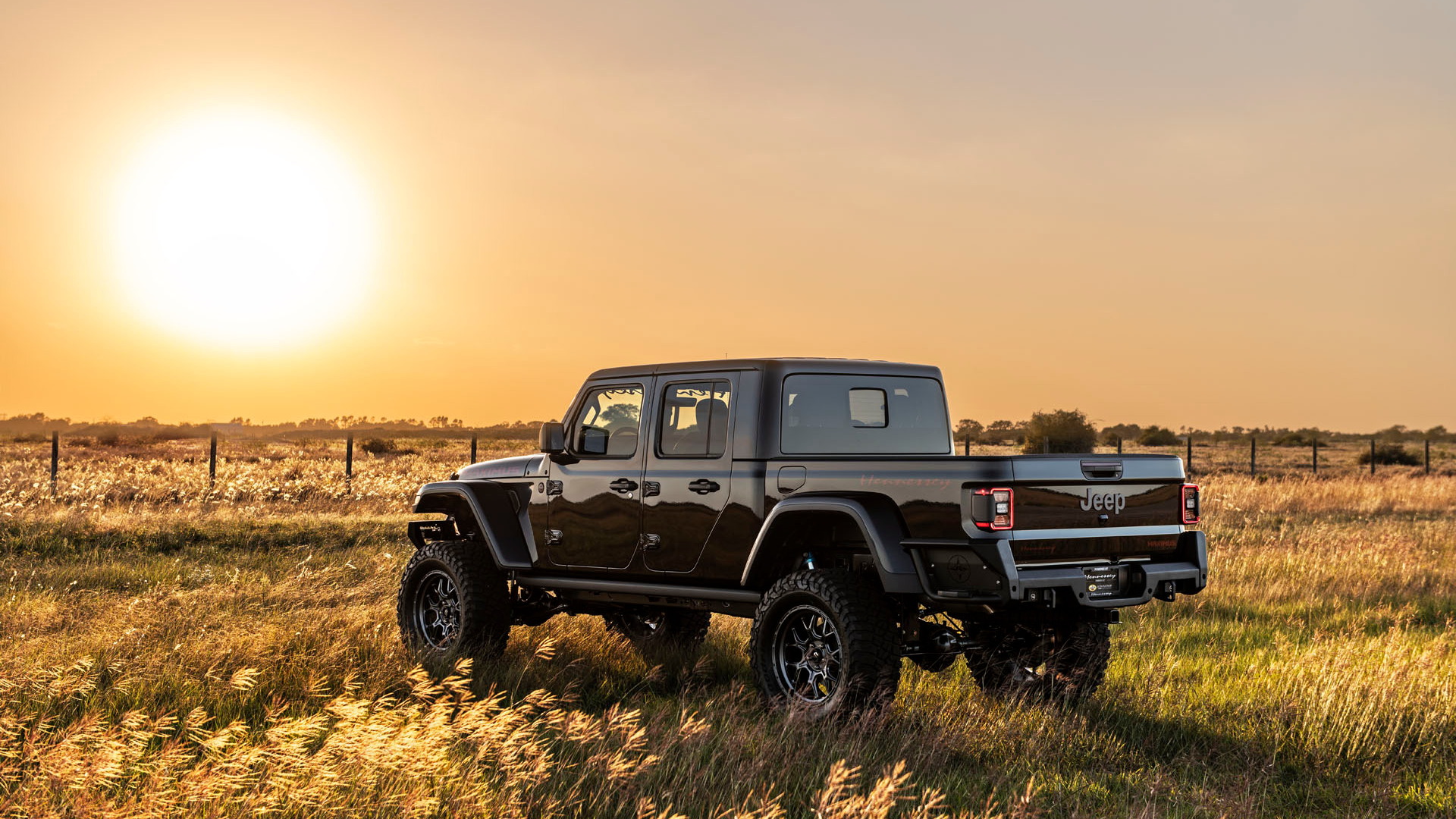 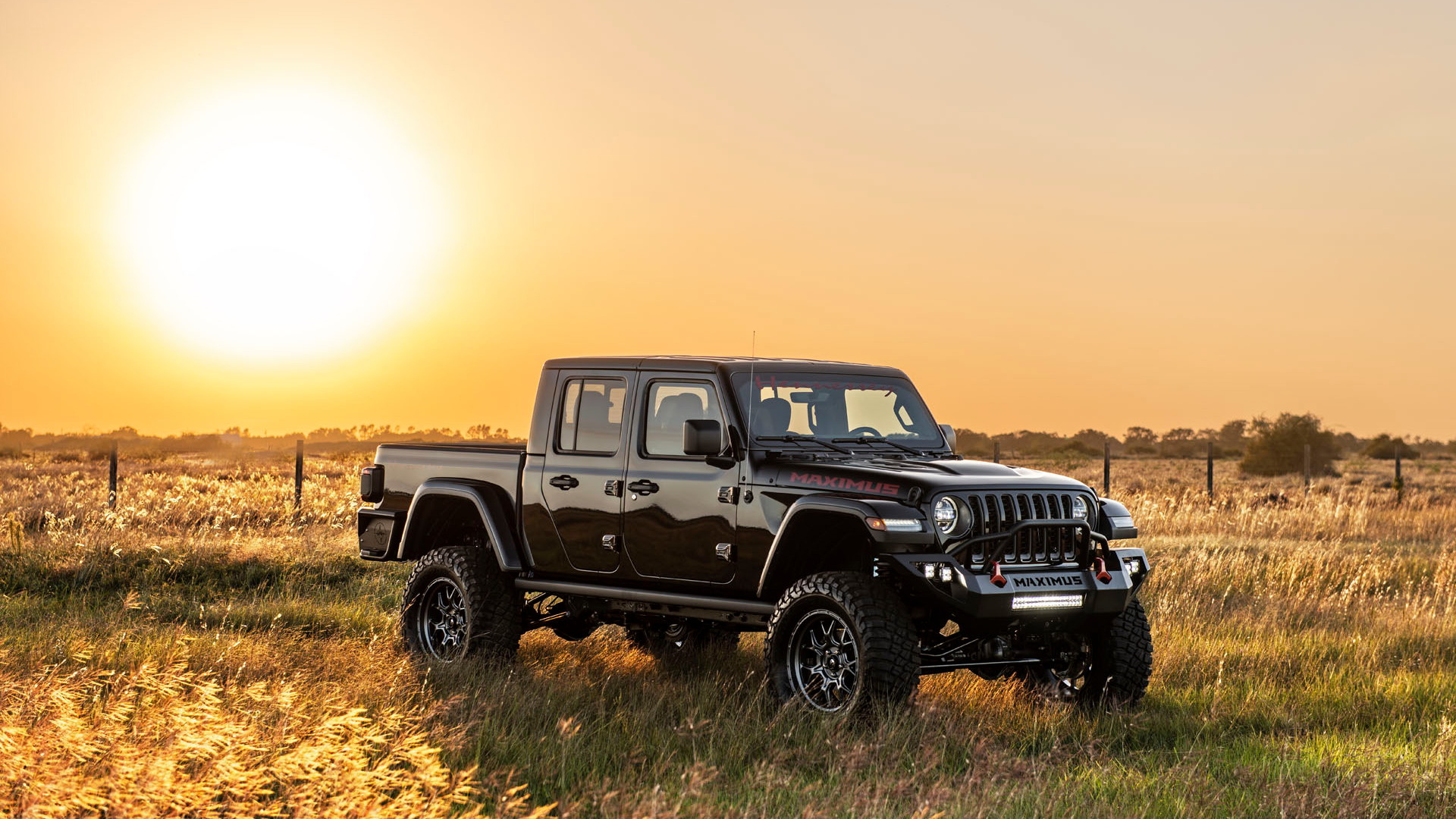 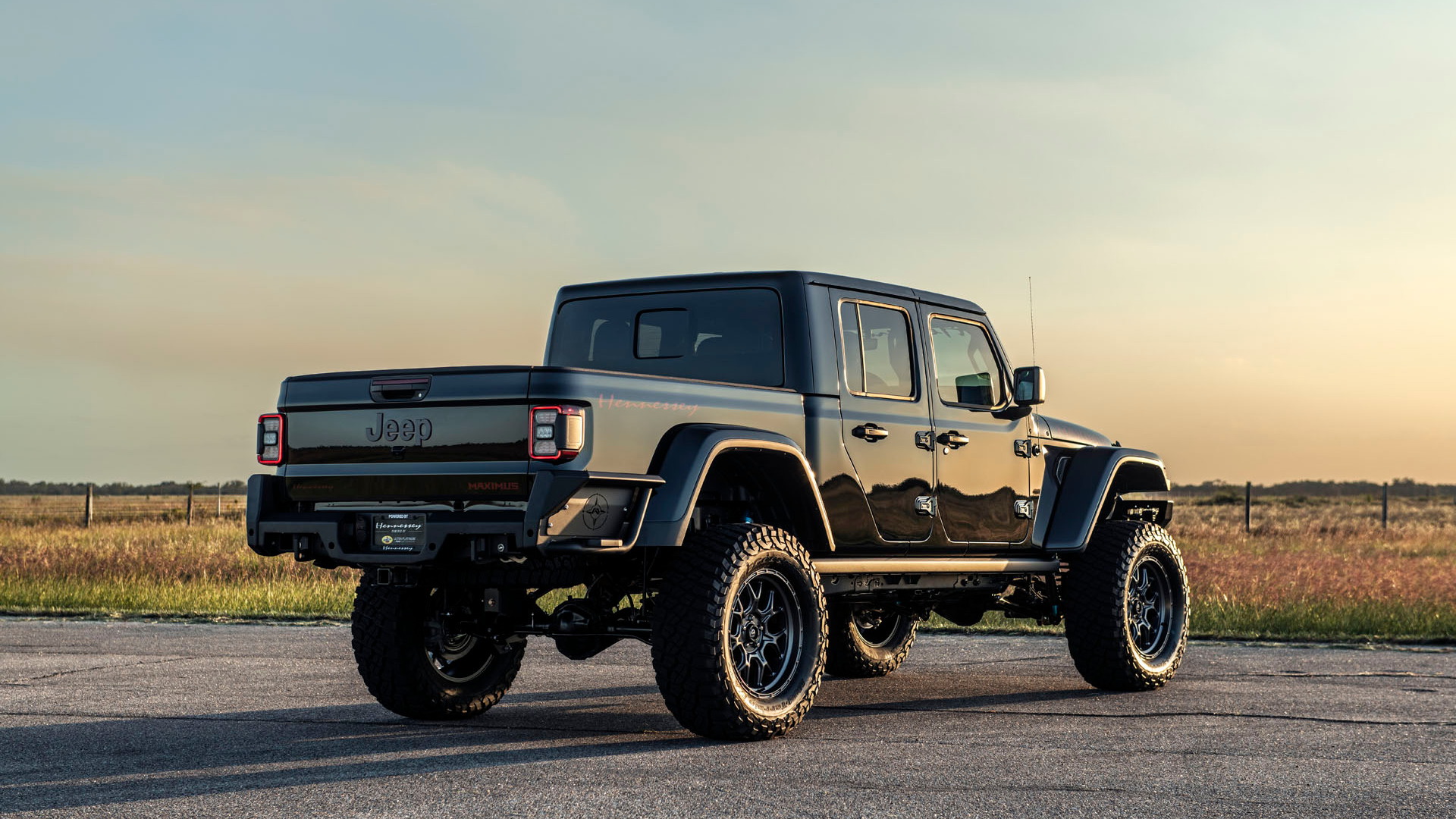 Hennessey Performance Engineering's new 1,000-horsepower Jeep Gladiator Maximus is fired up and ready to go just in time for the annual SEMA aftermarket show, HPE announced Wednesday. Since Jeep won't build it, HPE has, and the Texas-based tuning house has turned up the wick to boot.

At the heart of the Maximus 1000 you'll find the Hellcat supercharged 6.2-liter V-8 pumped up by the company's HPE1000 tuning package. Along with its nutty power output, the tuned Hellcat V-8 also makes an astounding 933 pound-feet of torque. This steroidal powerplant is mated to the heavy-duty version of FCA's 8-speed automatic transmission.

The engine upgrades come by way of a new ECU program and a new stainless steel exhaust. HPE also updgrades the wiring harnesses, radiator, and fuel system. With all that power, the Maximus can hit 60 mph in 3.9 seconds, according to HPE.

There's more to the Maximus 1000 than a power upgrade. It also includes heavy-duty axles, Dana 60 front and rear differentials, uprated driveshafts, and aluminum wheels with an 8-lug bolt pattern to fit the beefed-up axles. There's also a King off-road suspension with a 6-inch lift, and fancy drop-down running boards.

"We wanted to create the ultimate Jeep Gladiator," said founder John Hennessey. "Maximus 1000—the name says exactly what it is: Badassery on 4-wheels. We are excited to unveil our first production MAXIMUS with the Shell Pennzoil team at the SEMA Show in Las Vegas."

Inside, each Maximus gets unique leather upholstery with special embroidery, along with a plaque marking the individual model's place in the production run of just 24 units. It's also plastered with "Hennessey" and "Maximus" badges inside and out.

HPE will show off this low-volume monster at the Shell "Pioneering Performance" booth (#60003) at SEMA on Nov. 6.