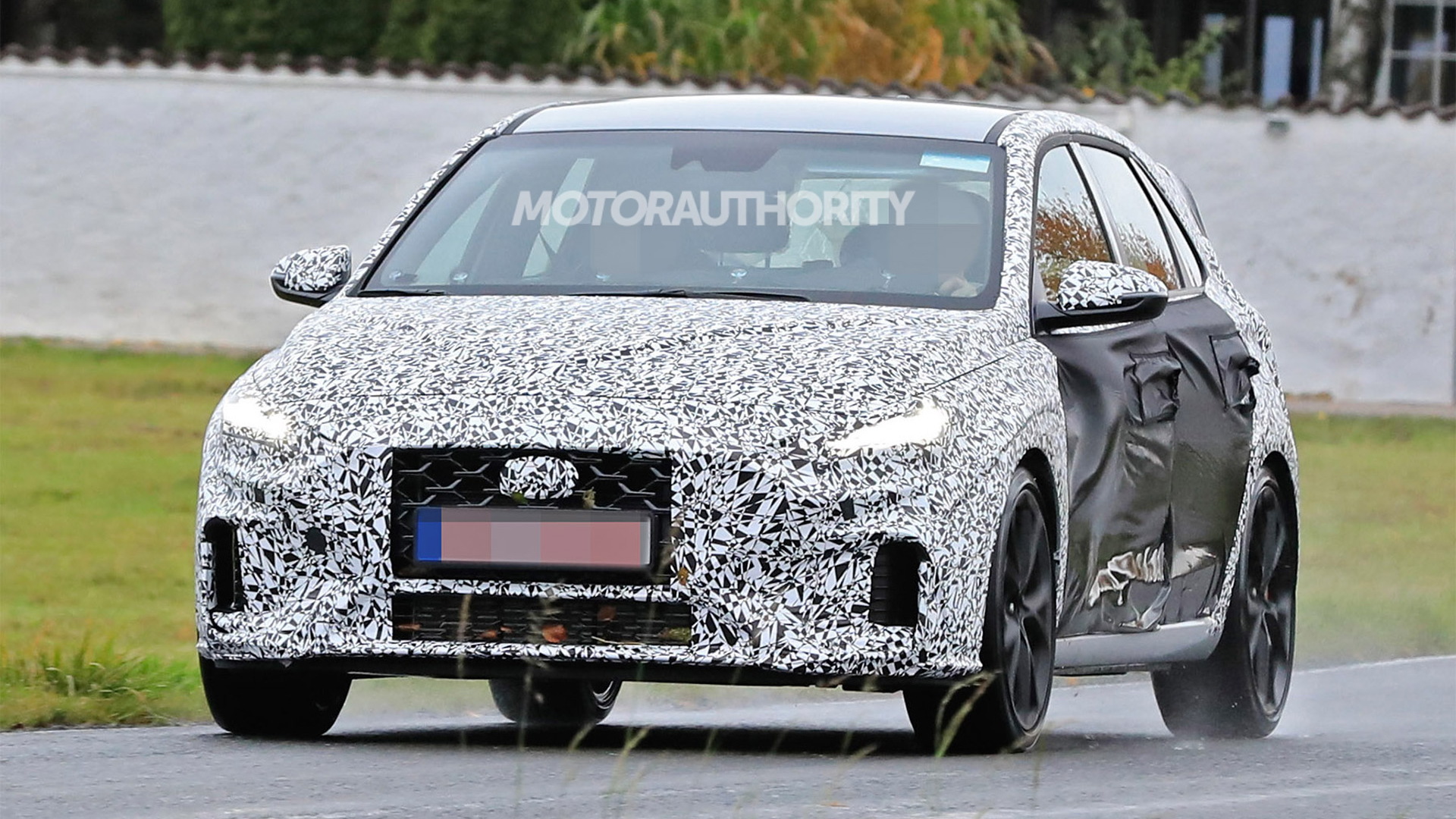 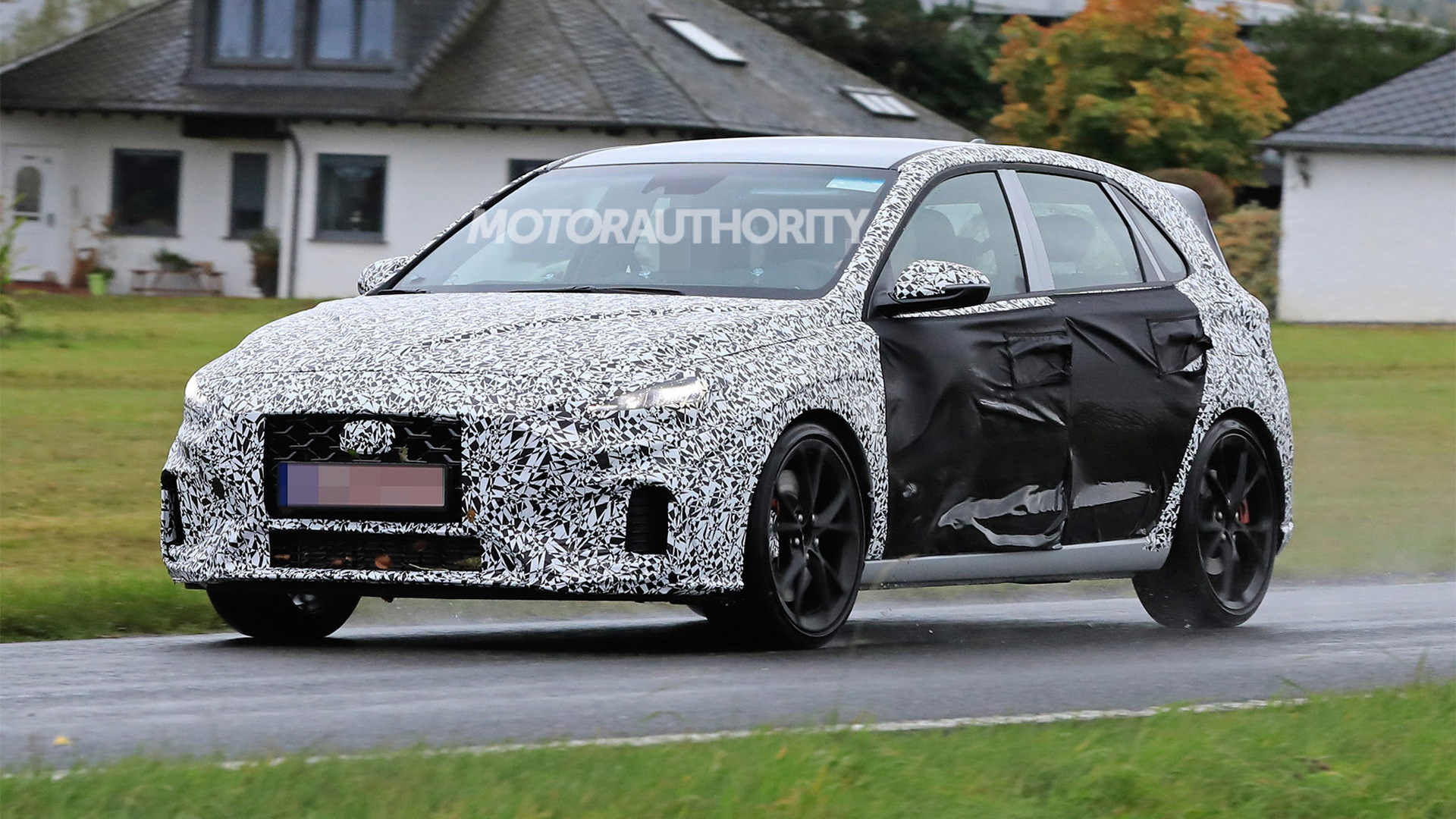 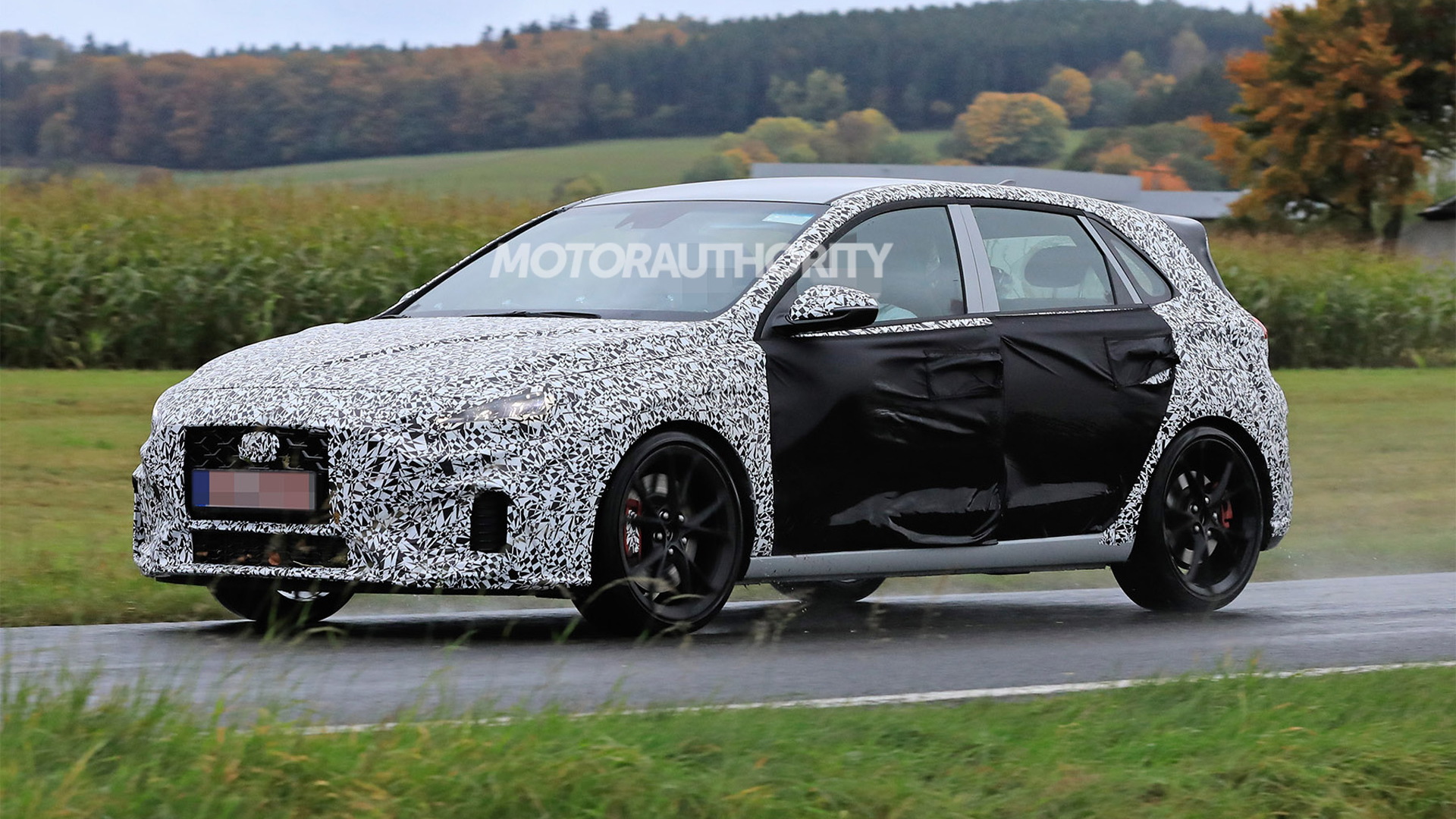 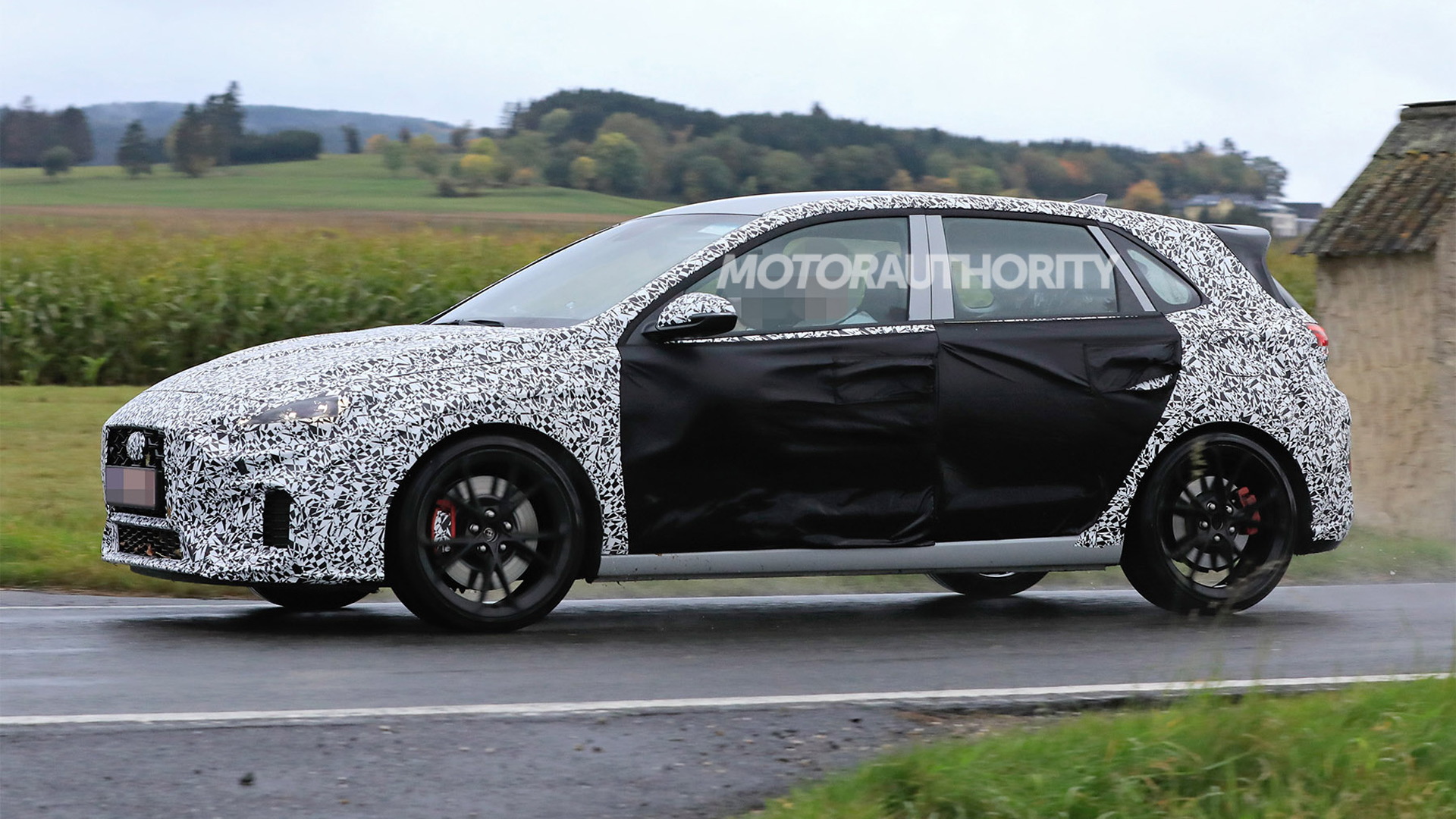 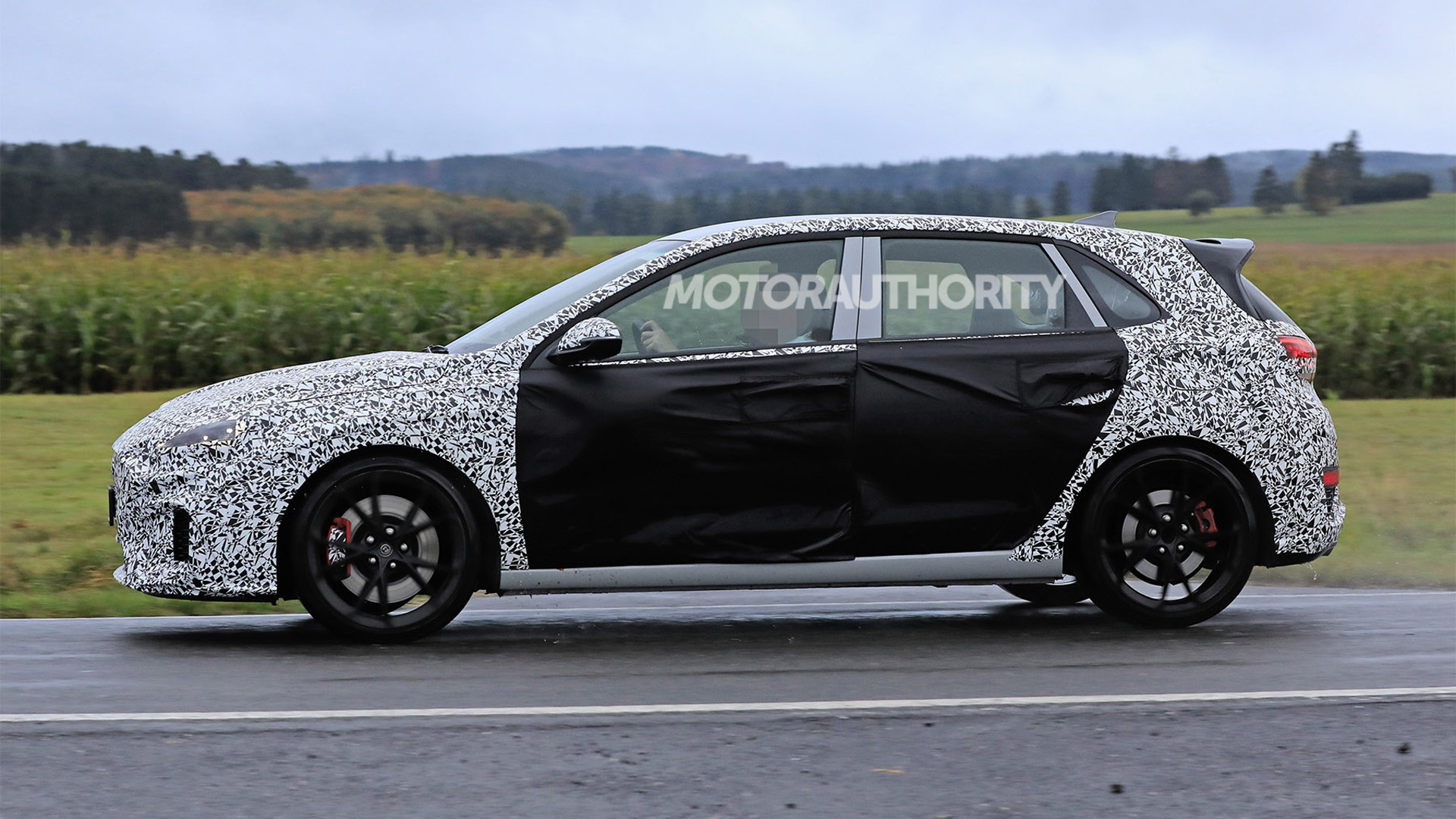 Hyundai is testing a facelift for the i30 N, the performance version of the i30 hatchback that we get in the United States as the Elantra GT.

There are new fascias front and rear, with the rear design sporting larger mesh sections. The internals of the taillights also sport a new design, though they're hidden by the camouflage gear.

It also appears that the exhaust tips have been enlarged, which may hint at extra power. The i30 N is currently fitted with a 2.0-liter turbocharged inline-4 that develops 246 horsepower in standard guise and 271 hp with an available Performance Package.

It isn't clear what other changes are planned with this facelift, though there are rumors a dual-clutch transmission is being developed for the i30 N/Veloster N, so perhaps we could see it offered as an alternative to the standard 6-speed manual with the facelift.

There's also talk of an all-wheel-drive system being developed for the car.

It's also possible that some of the modifications developed for this year's i30 N Project C special edition will be made available with this facelift. Among the mods were carbon fiber-reinforced plastic components, 19-inch light alloy wheels, a rear strut tower brace, and lowered suspension.

Look for the i30 N's facelift to be introduced in the second half of 2020.