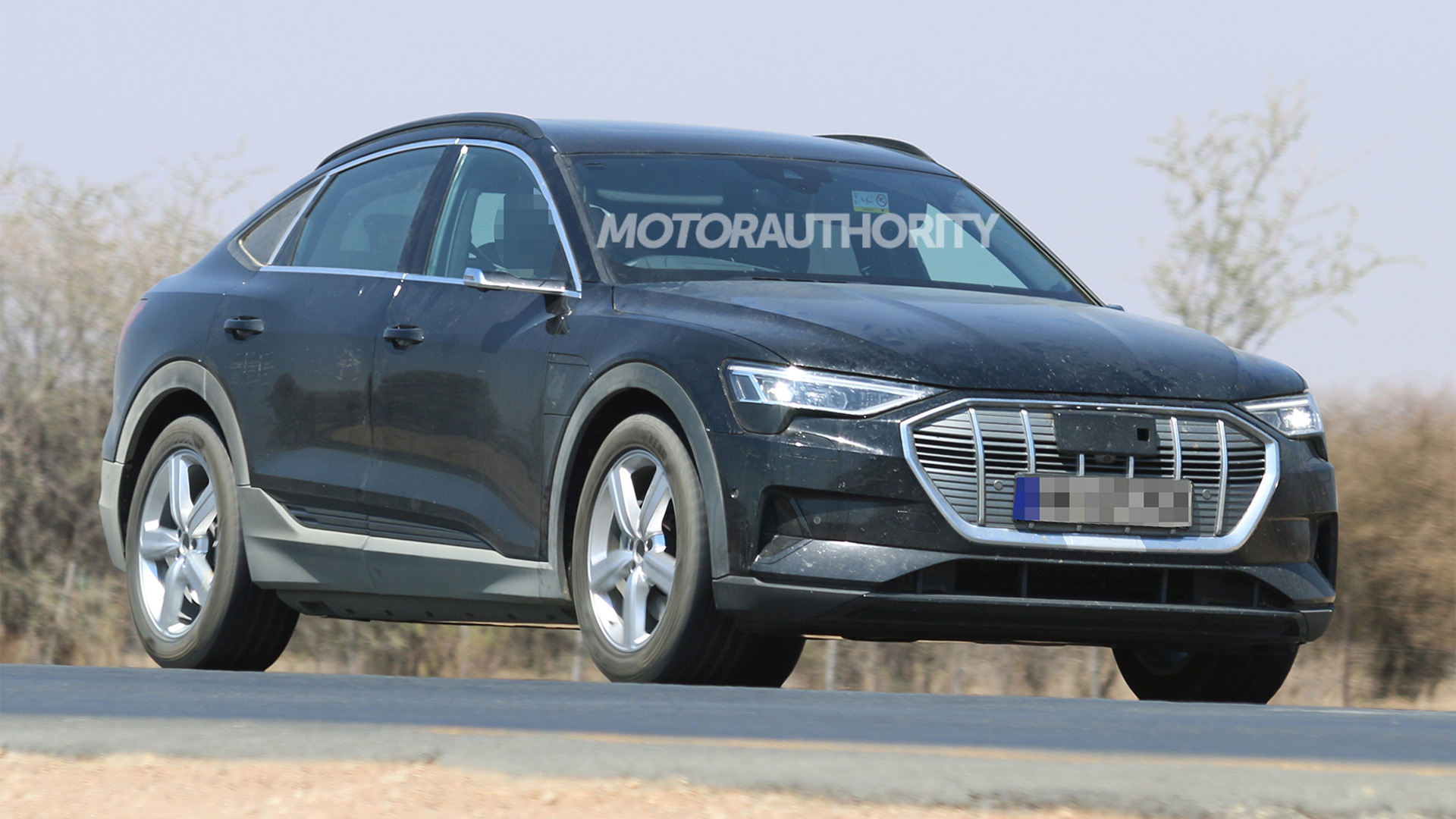 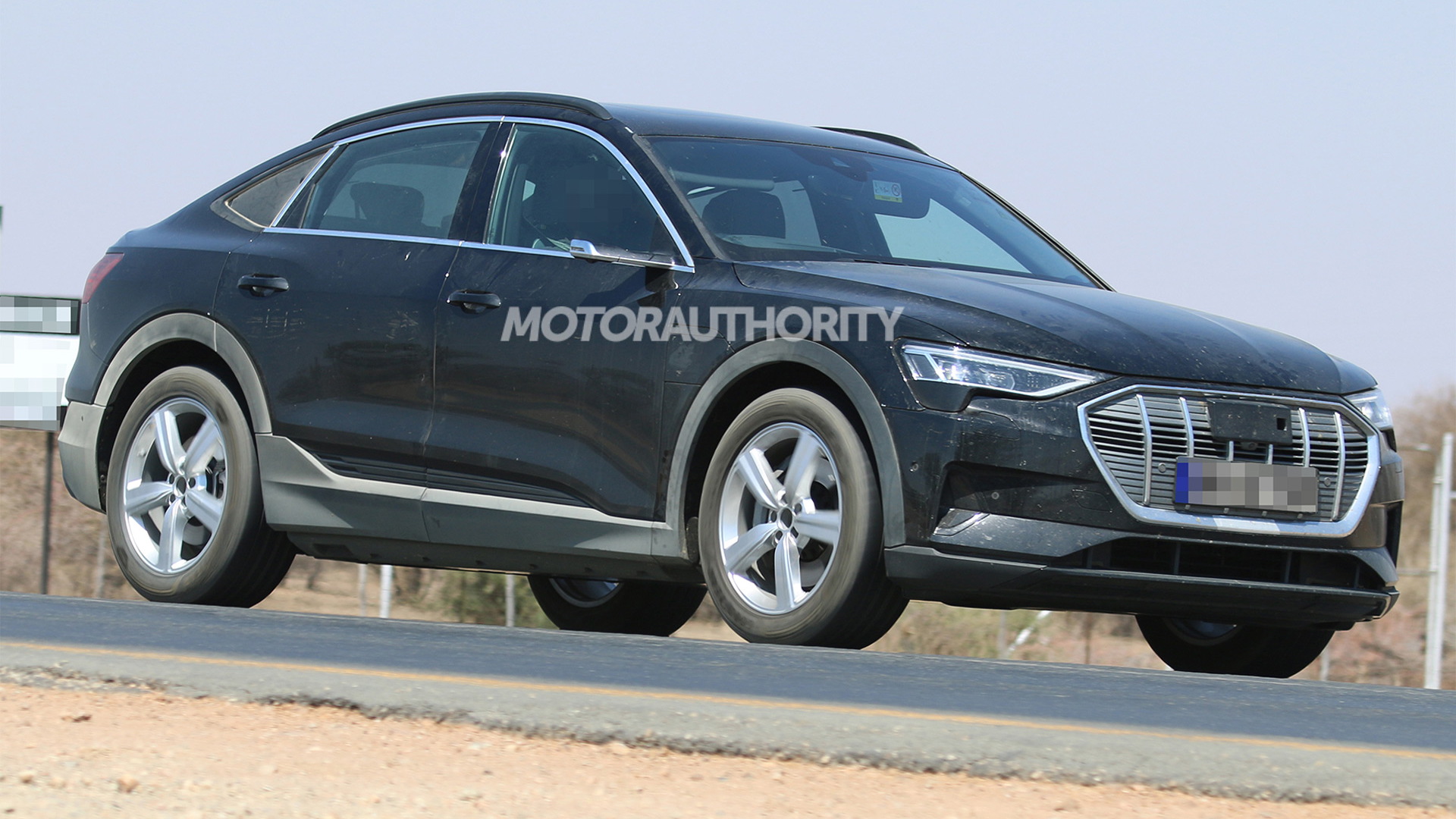 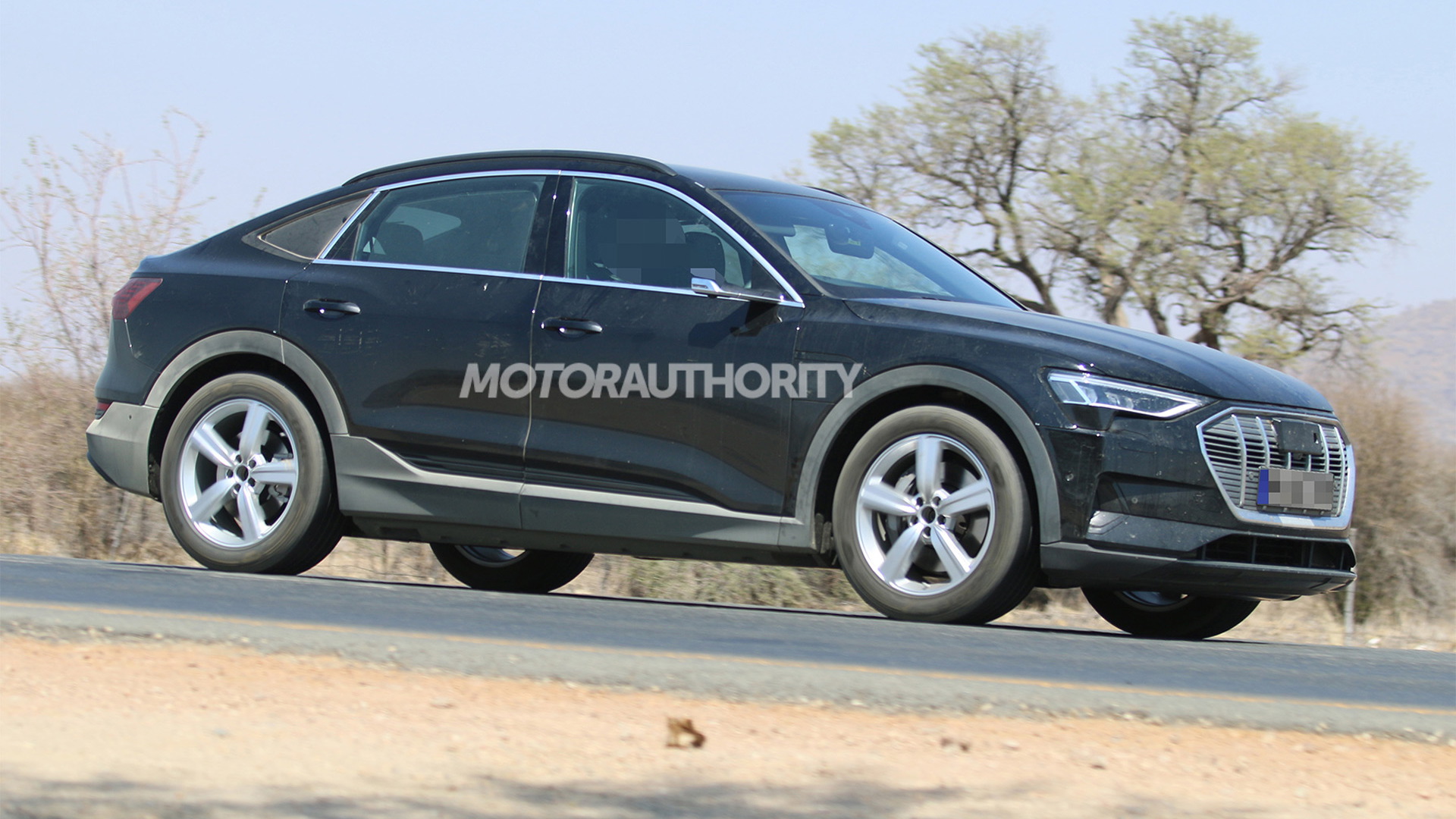 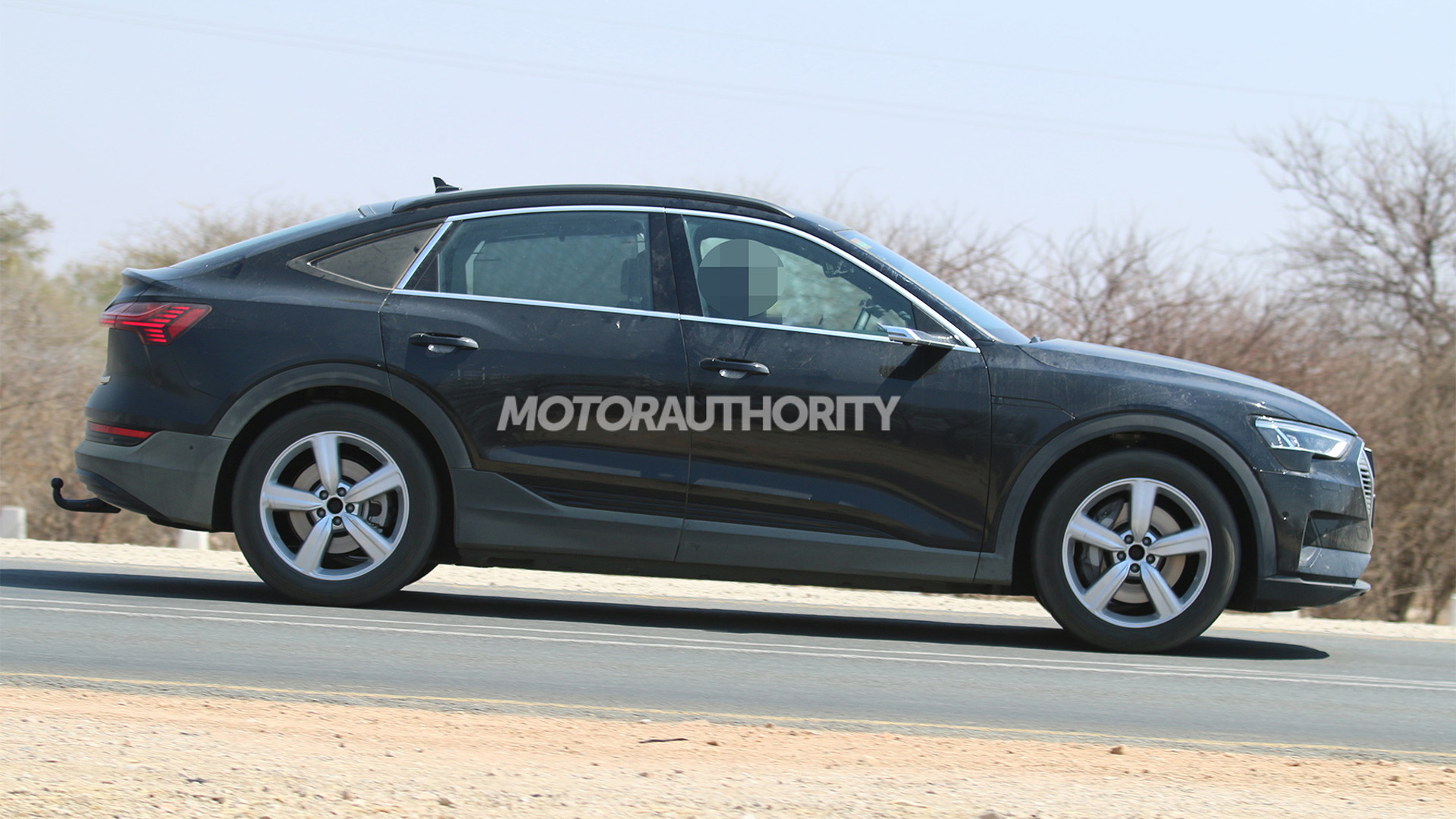 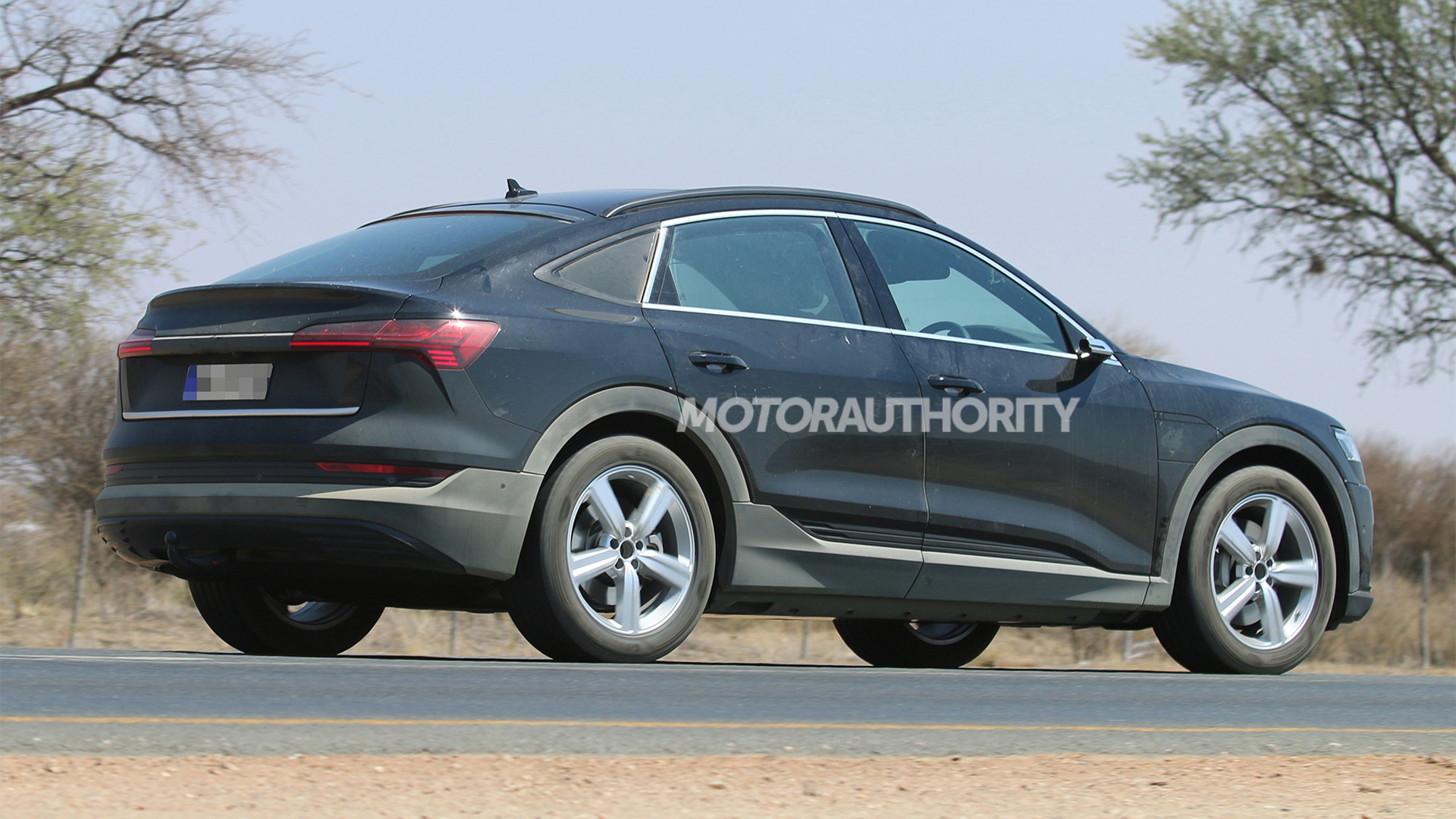 Audi's next electric car has been spied.

The car is a more rakish, style-conscious alternative to the current E-tron crossover SUV, to be known as the E-tron Sportback. We'll see it unmasked this November at the Los Angeles Auto Show, suggesting that it will be a 2020 model year arrival.

Audi previewed the design with a concept of the same name rolled out in 2017. Judging by the prototype in our latest spy shots, the production version will stay true to the design of the concept though some details like the lights and front fascia have been simplified.

We can also see that the production version uses small cameras instead of side mirrors to help reduce drag, just like the E-tron. The United States will see conventional mirrors due to regulations, though that may change eventually. Much like it is doing with its matrix LED headlights, Audi is working with the authorities to make the technology available here in the future.

Inside, the design should match up with the E-tron meaning a trio of screens forming the dash, with one serving as the instrument cluster and two more integrated in the center stack for infotainment and climate settings. Models with the camera side mirrors will also feature a screen on each side of the dash. Naturally, with the more coupe-like profile of the vehicle, cargo space will be lower than in the E-tron.

Powertrains should be shared between the two EVs, too. At launch, we should see a twin-motor powertrain delivering a maximum 400 horsepower and 490 pound-feet of torque. It should result in 0-60 mph acceleration in 5.5 seconds and a top speed of 124 mph for the E-tron Sportback. A 95-kilowatt-hour battery should mean a range between 200 and 250 miles on a single charge.

Further down the track, a more powerful model with three electric motors (one at the front and two at the rear) is expected.

Production of the E-tron Sportback will run alongside the E-tron at Audi's plant in Brussels, Belgium. Pricing should come in at a slight premium to the E-tron's $75,795 sticker.

Even before the vehicle's arrival, Audi has confirmed production of three more electric cars. The list includes the E-tron Gran Turismo super sedan due in 2020 and two electric crossovers due in 2021, one of which will be a Q4 E-tron. The automaker has also hinted at putting an electric supercar in production based on the PB18 concept unveiled last year.