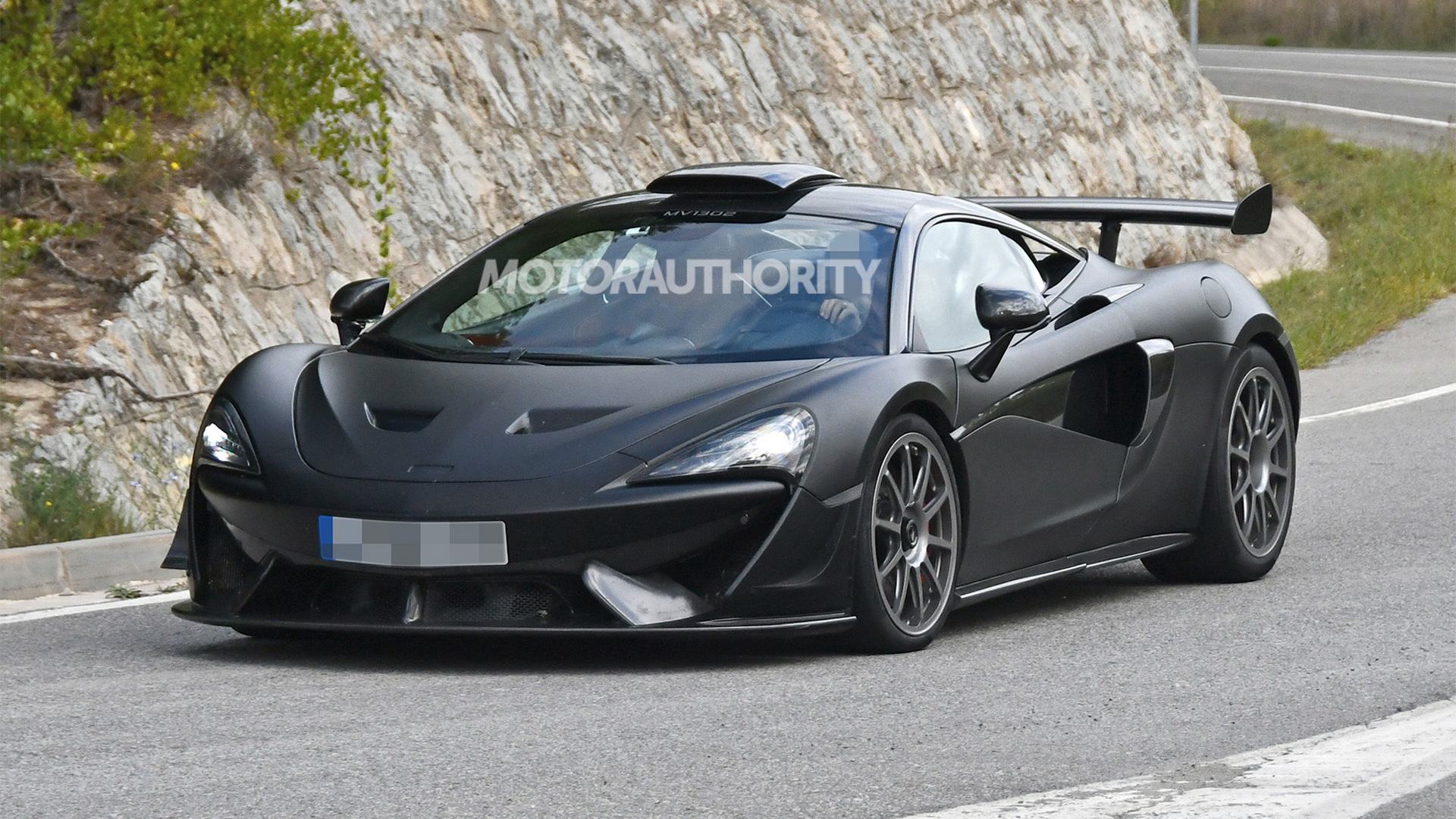 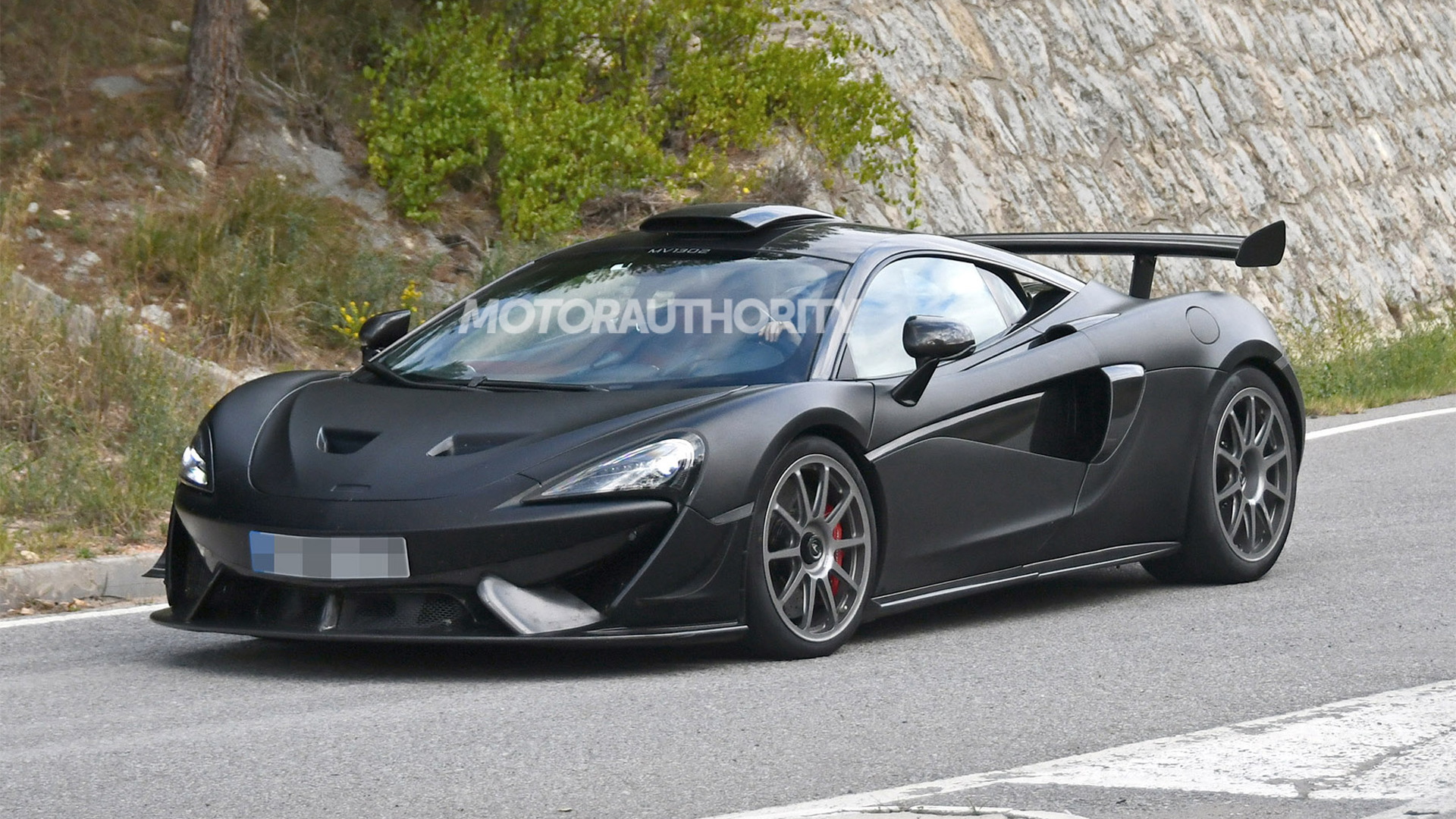 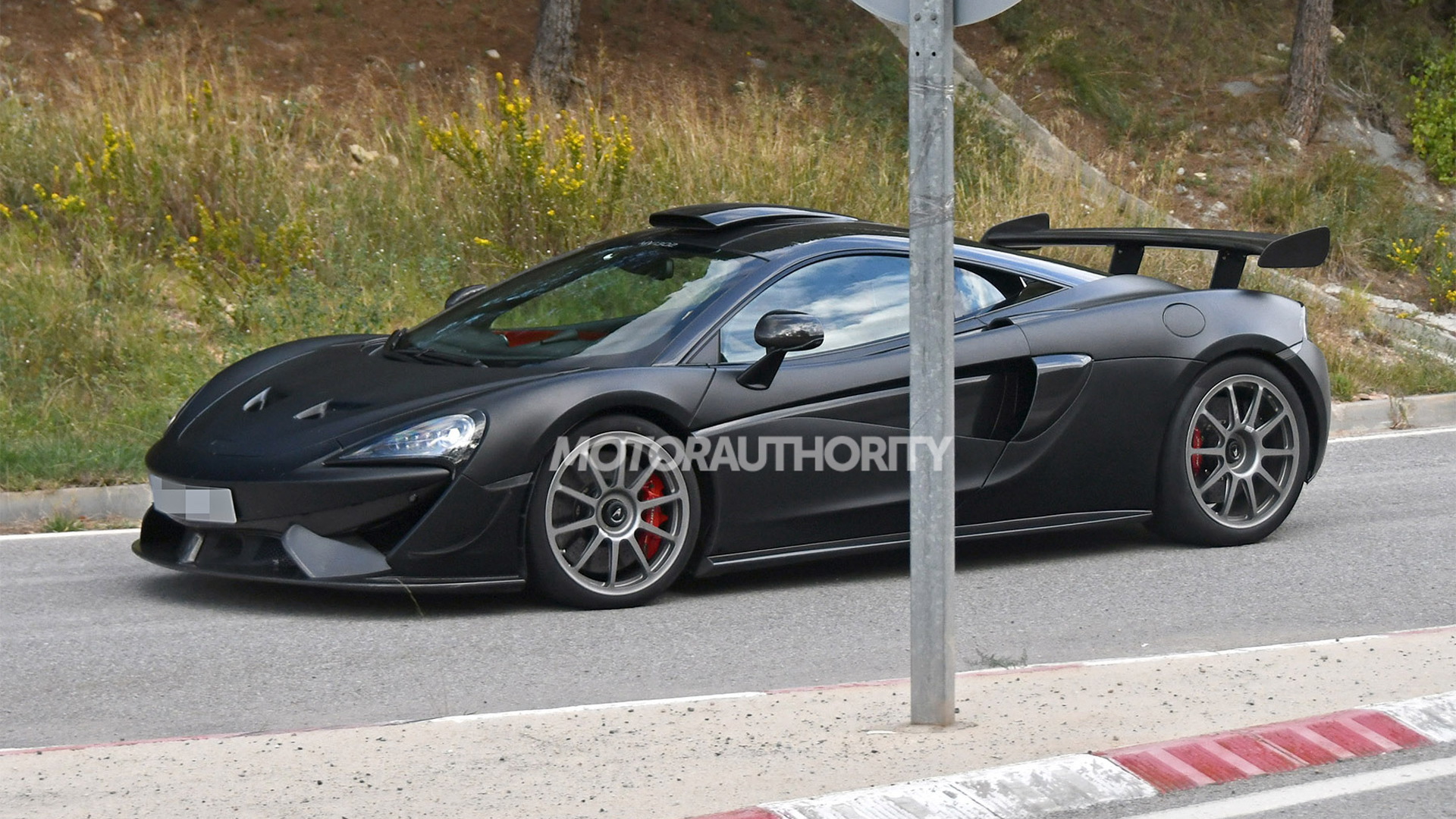 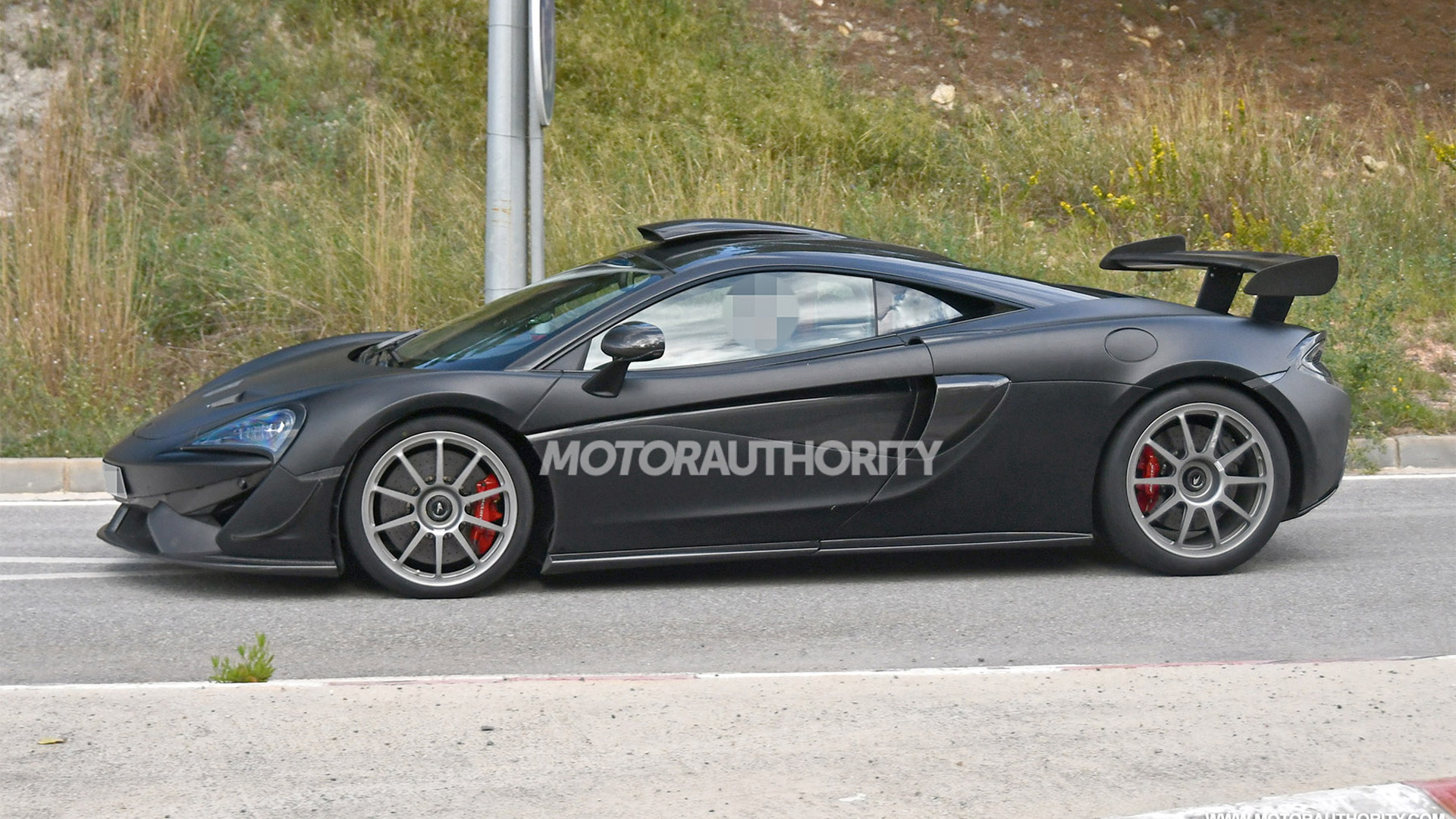 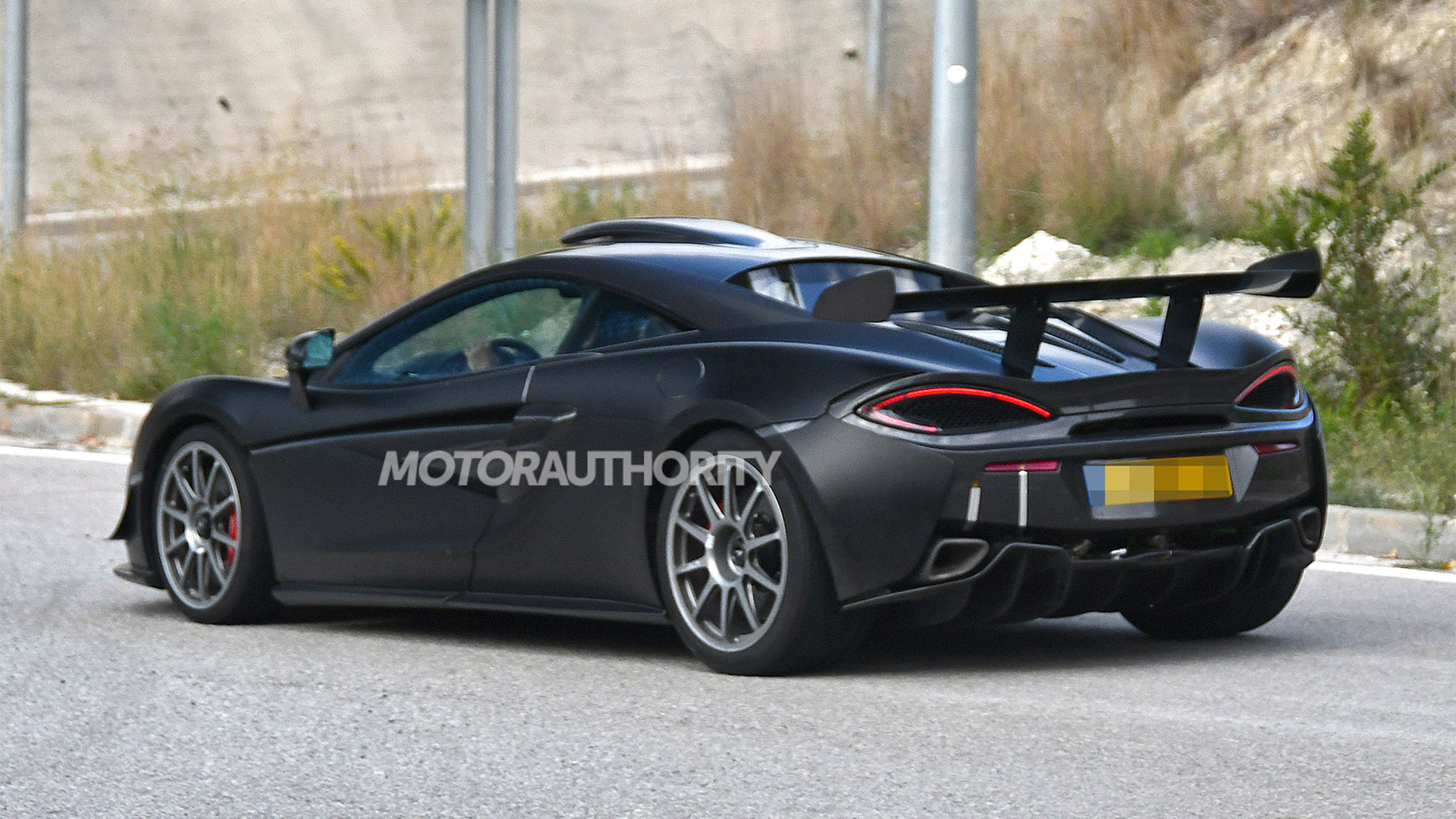 McLaren has been spotted testing a new Sport Series model that will sit above the already extreme 600LT.

The new car will go by the name 620R, Piston Heads reported on Friday, and it will essentially be a road-going version of the 570S GT4 race car.

We first learned of the car more than a year ago when McLaren chief engineer Paul Burnham said he wanted to develop a Sports Series member even more hardcore than the 600LT, and the sighting of a virtually undisguised prototype suggests the debut can't be far.

The prototype looks a lot like last year's 570S MSO X, a special edition fitted with a number of aero elements including a roof-mounted air intake, plus a titanium exhaust, a vented hood, and Pirelli P Zero Corsa tires. The rear wing of the special edition added around 220 pounds of downforce alone, and a similar number should be the case for the 620R.

A unique feature on this prototype are the center-lock wheels, which hopefully make it onto the production model. There could also be a slew of weight-saving mods to bring the production car closer to the race car.

Power will come from the familiar 3.8-liter twin-turbocharged V-8 fitted to all Sports Series members, though peak output should register at 611 horsepower, if the 620R name proves accurate. Recall, McLaren's model names use a number referencing the power output measured in metric horsepower.

The 600LT is an already vicious machine, but a lighter version with GT4 aero would be focused on decimating corners and devouring apexes.

Yes, there's no doubt the 620R will be a welcome addition to an already amazing lineup, and it shouldn't step on the toes of the Super Series too much since there's a LT version of the 720S coming to raise the bar further.

Production of the 620R will almost certainly be limited, and we hear it might even be offered via invite only. That means if you aren't already a McLaren owner you can forget about it.