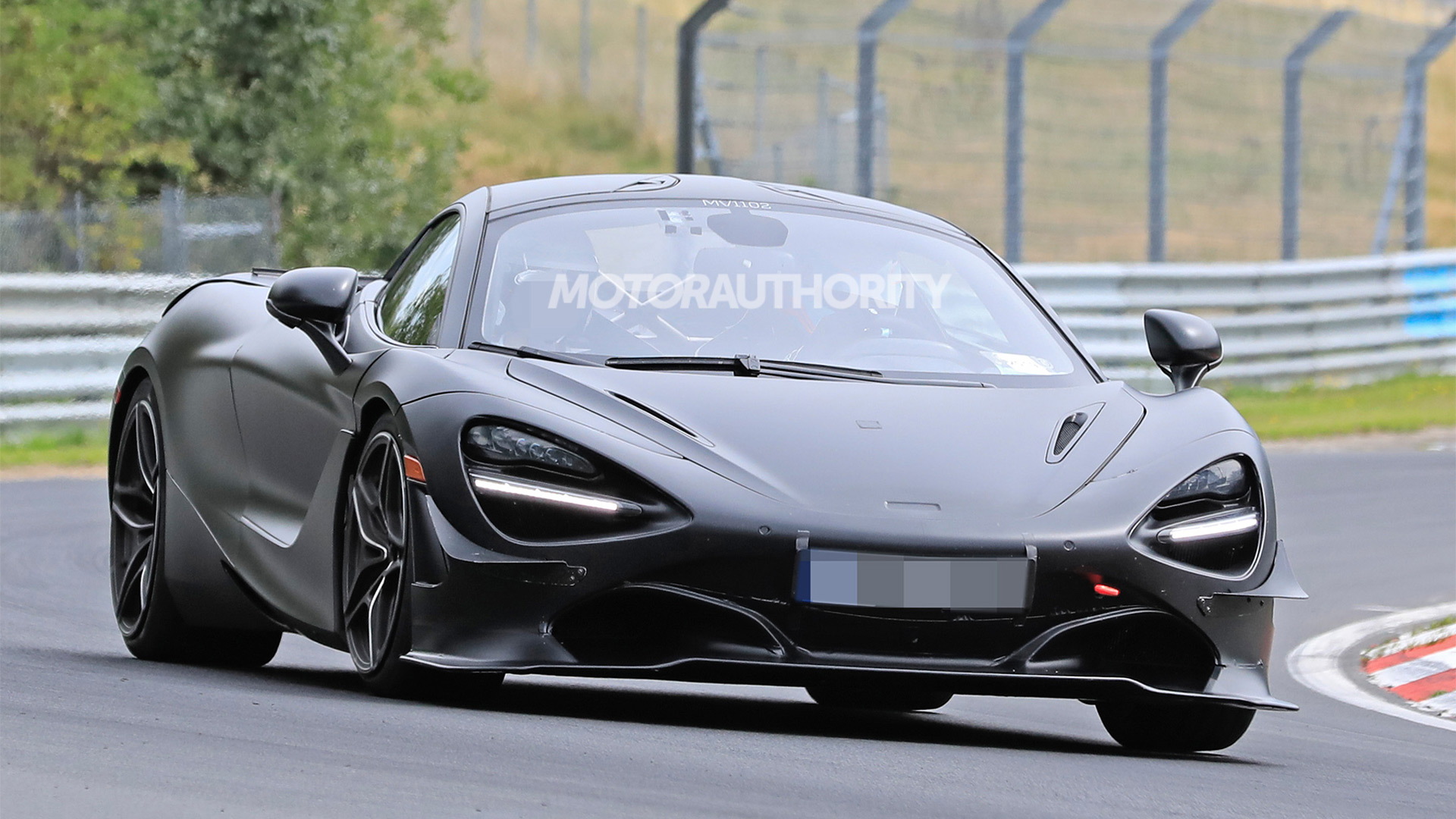 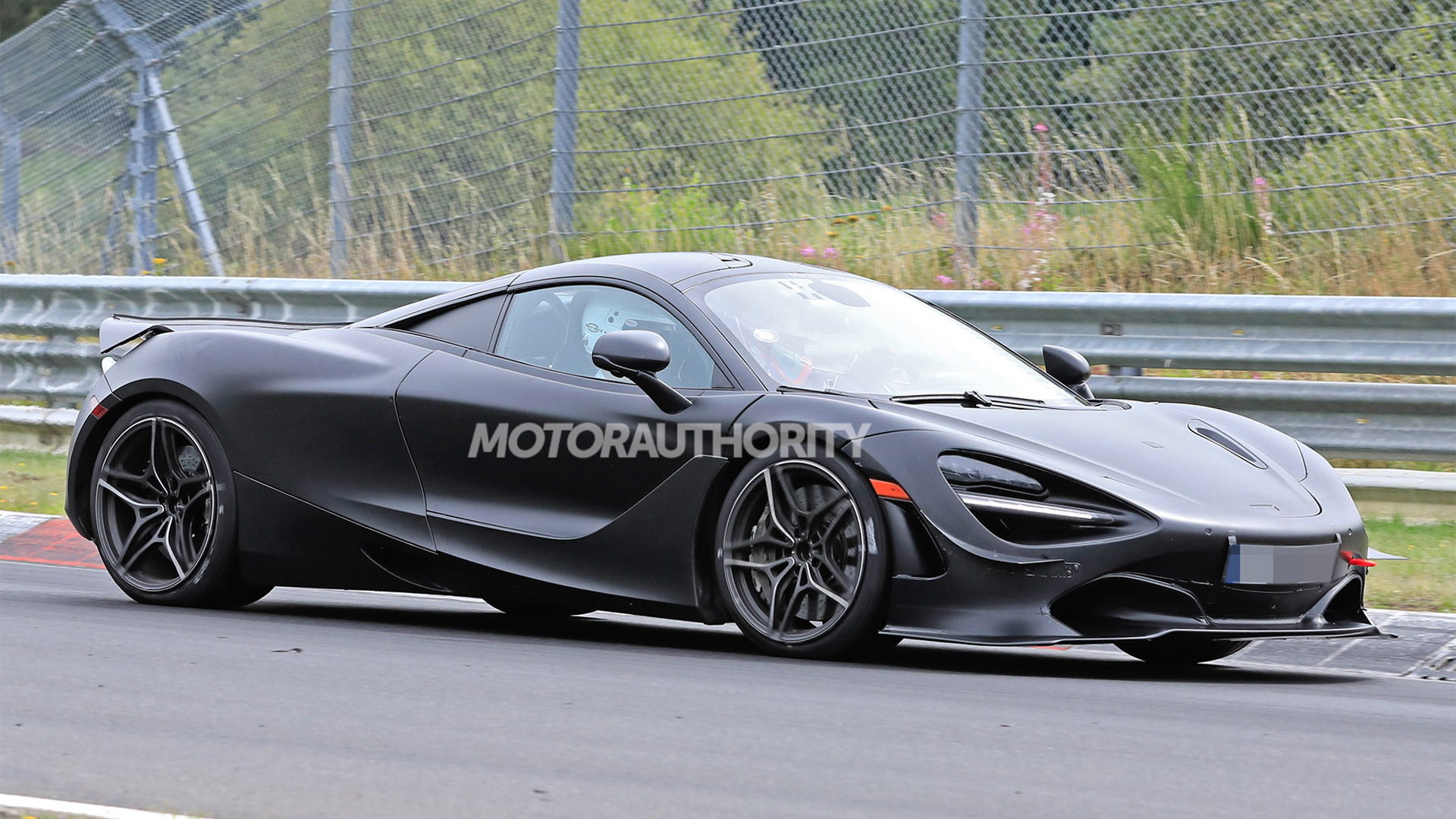 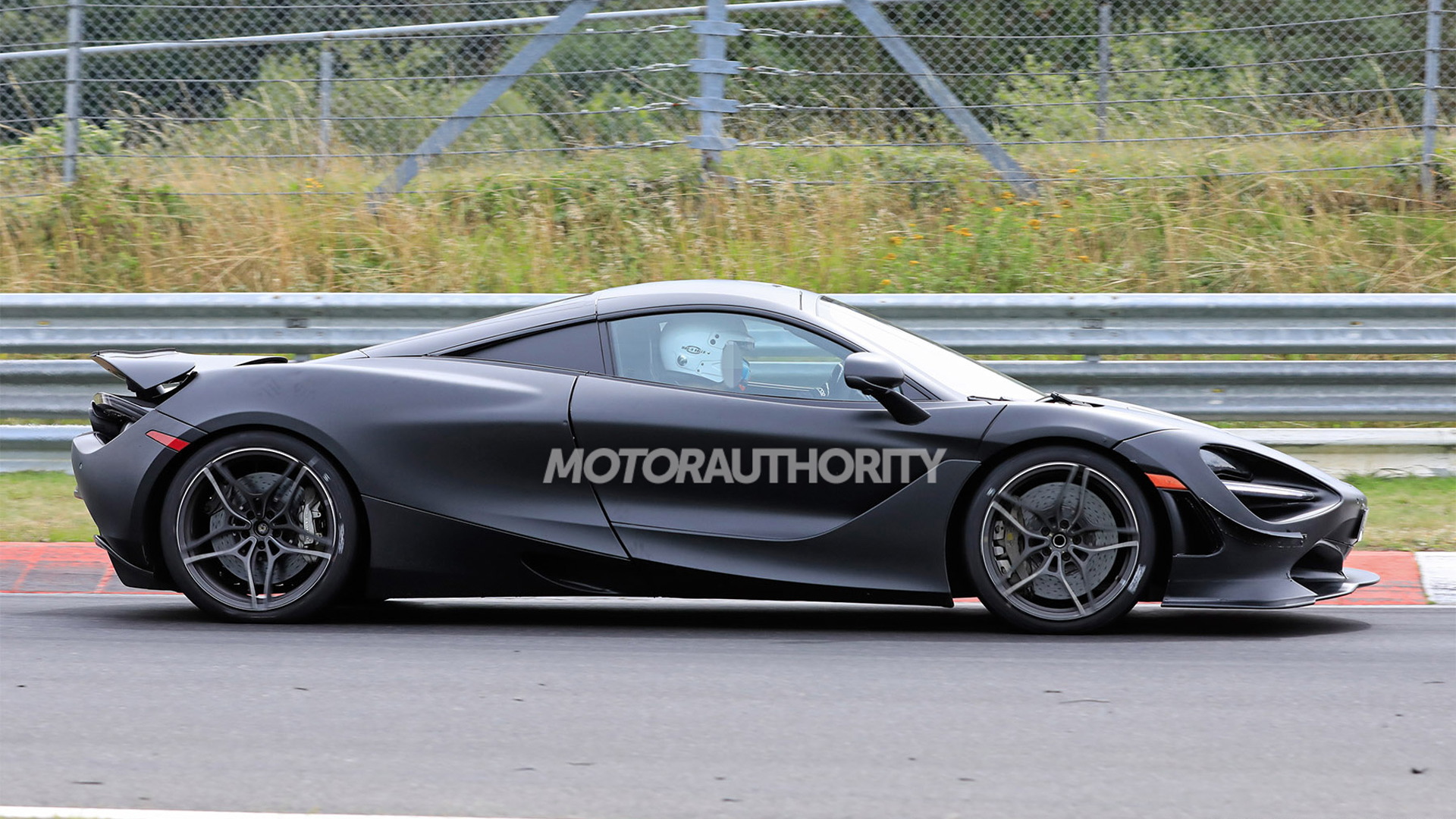 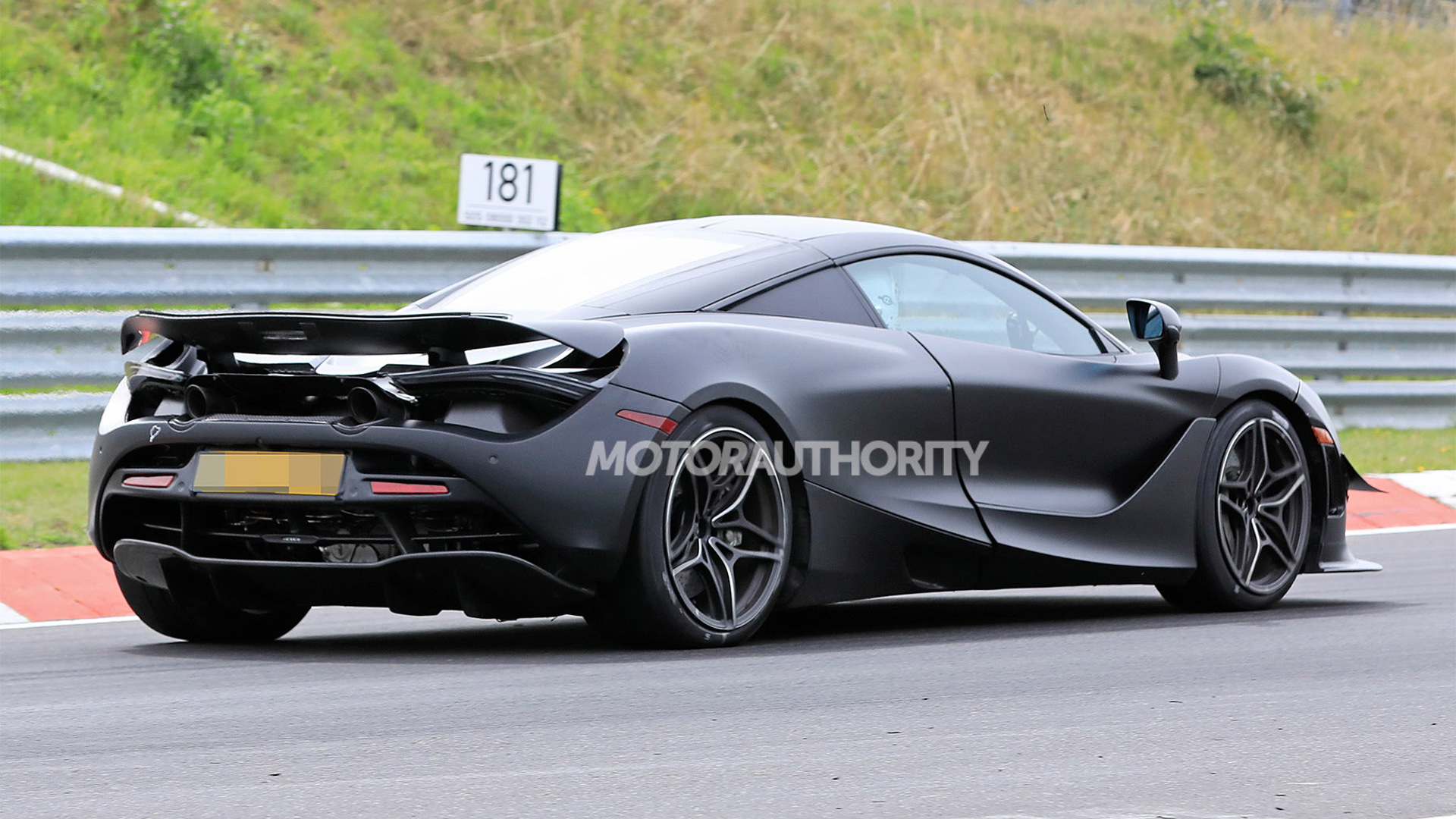 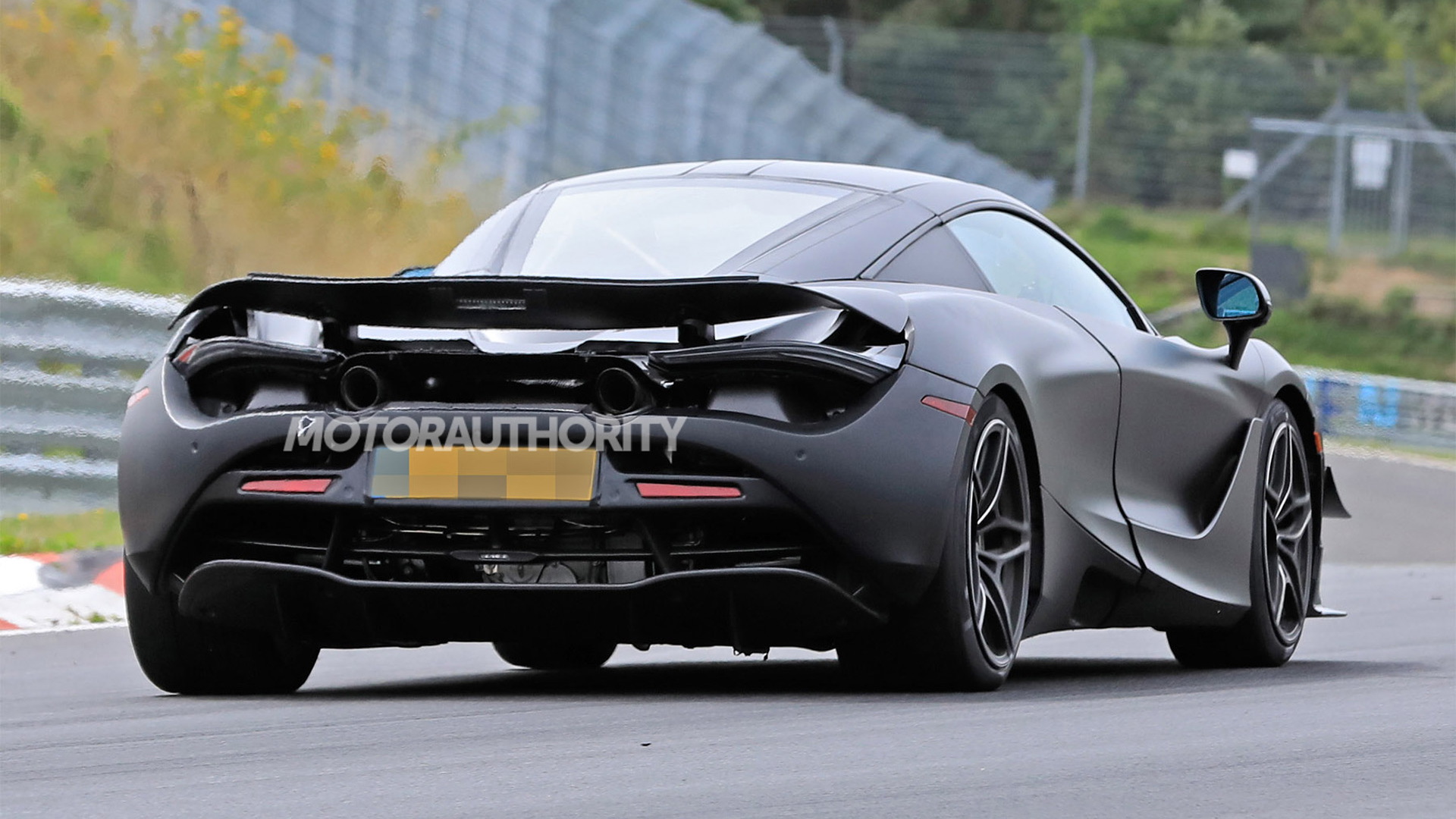 McLaren has a relatively short, but solid, track record of not resting on its laurels. While other supercar makers are content to produce the same basic vehicle for a decade or longer, McLaren is always coming out with new models. And thanks to that rapid vehicle cadence, we’ll soon see a Longtail (LT) version of the McLaren 720S.

Early testers for what's likely to be the LT version of the McLaren 720S has been spotted testing hard at the Nürburgring. The testers may resemble the standard 720S but if you look closer you'll notice the additional spoilers at the front of the car and the makeshift wickerbill spoiler attached to the rear wing. The latter is likely to simulate additional downforce to be generated by a modified tail destined for the production model.

The car is expected to debut in 2020 as a 2021 model. It will be the third modern McLaren to get the Longtail treatment (it originally appeared on a racing version of the McLaren F1).

The new LT will almost certainly use a higher tune of the 720S’s 4.0-liter twin-turbocharged V-8. Exact output for the LT remains unknown, but we can at least make an educated guess. McLaren uses a vehicle’s metric horsepower rating as the basis of its nameplate (the 720S has 720 PS, or 710 hp) and the company likes to make incremental improvements for LT models. Given that fact, look for the newest Longtail model to debut as the 750LT with about 740 hp.

McLaren will likely combine that more-powerful engine with a lighter curb weight, more track-focused suspension, and carbon-ceramic brake rotors. Previous LT models have shed about 220 pounds from their waistline, and we expect something similar for the 750LT. That should enable the 750LT to eclipse the 720S’s 0-62 mph time of 2.9 seconds and deliver quicker lap times.

It’s too early to tell what McLaren has planned for the 750LT on the styling front, but the main element will be its extended rear tail that will improve aerodynamics and also contribute to better track performance. A Spider version of the 750LT is a distinct possibility as well.

When asked for comment on the possibility of a LT version of the 720S, McLaren spokeswoman Laura Tilley told Motor Authority, "unfortunately we can’t comment on future product."

The McLaren 750LT is expected to debut next March at the Geneva International Motor Show; the Spider version, if approved for production, will likely trail its coupe counterpart by about a year.