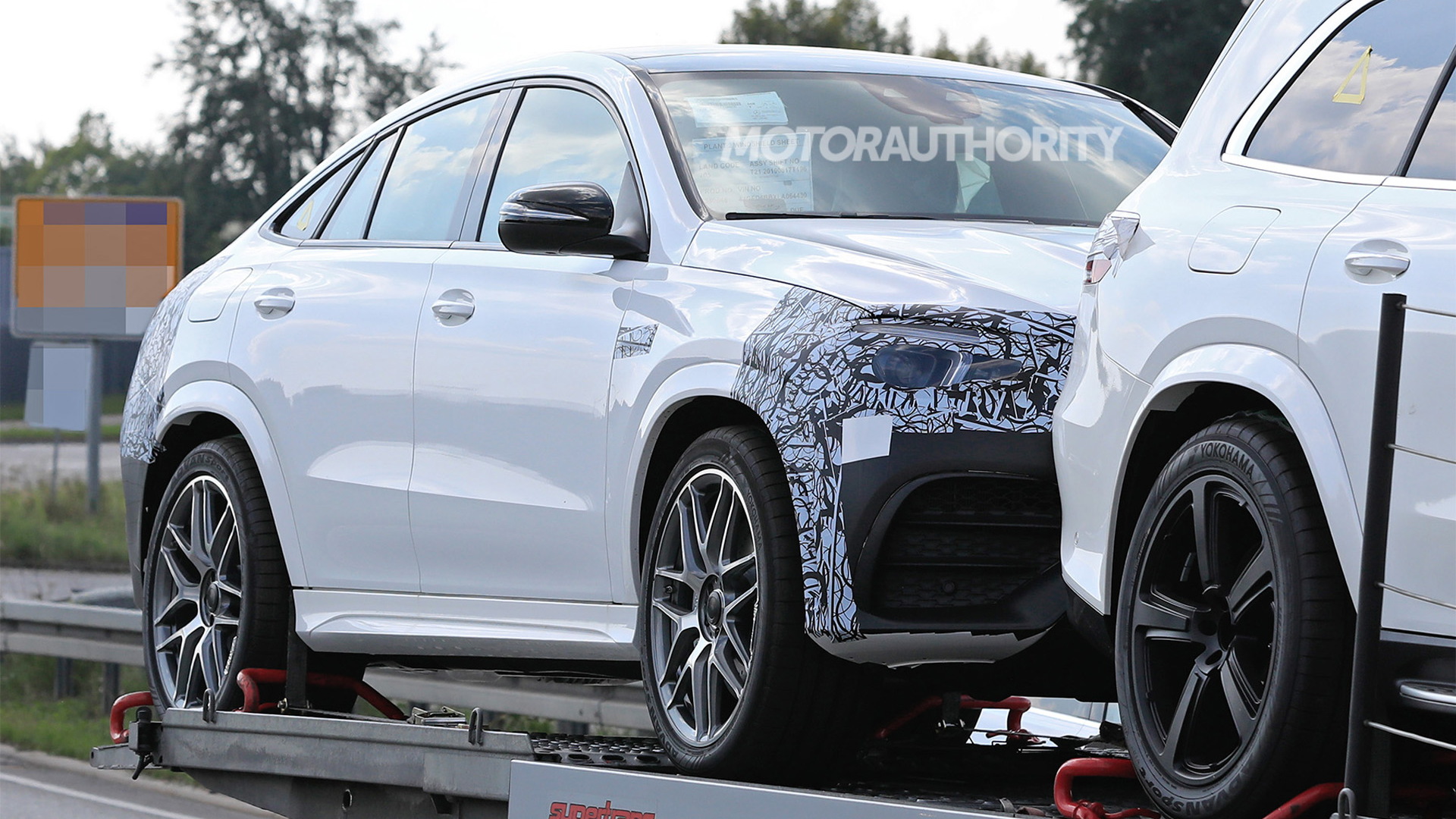 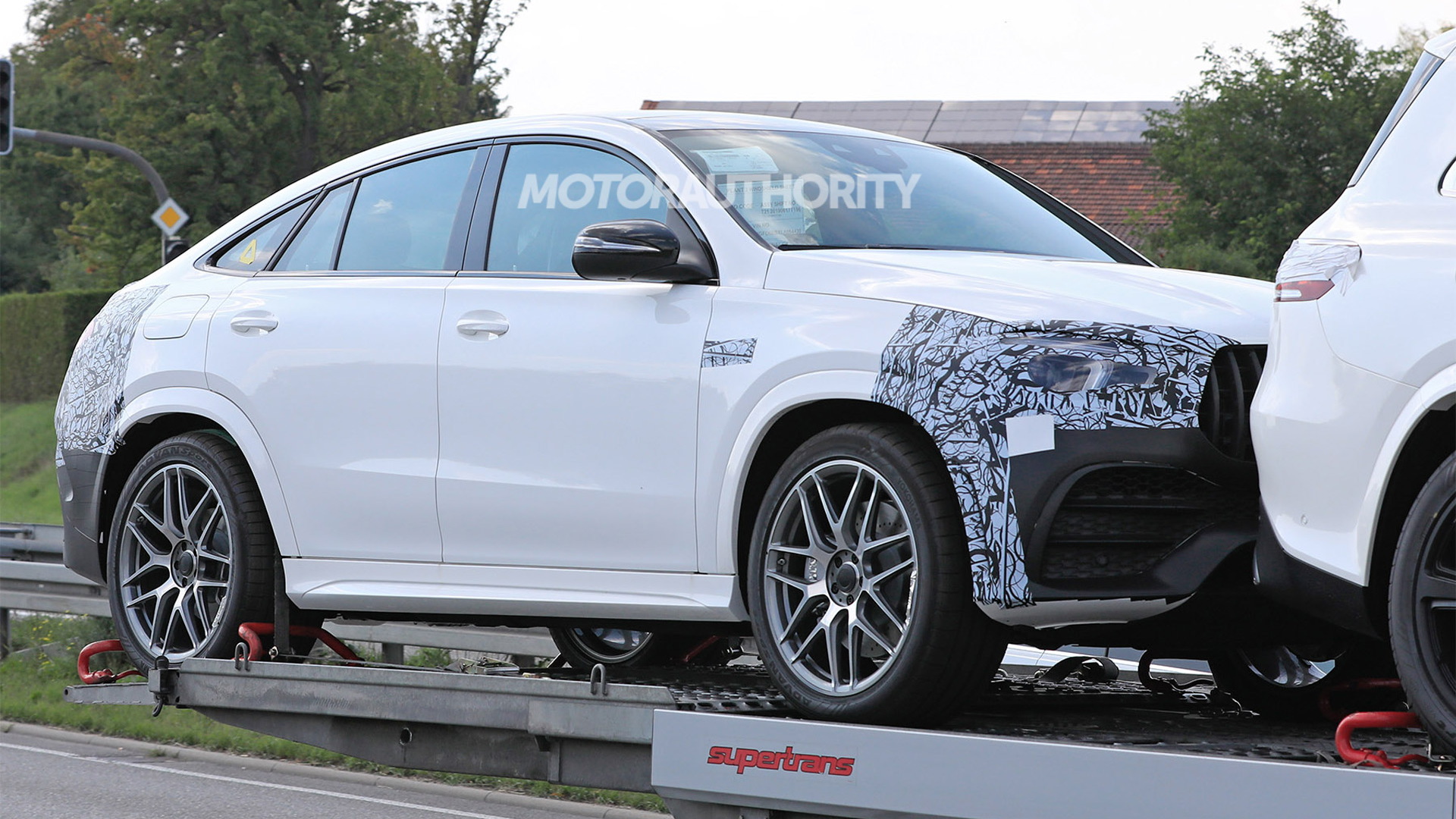 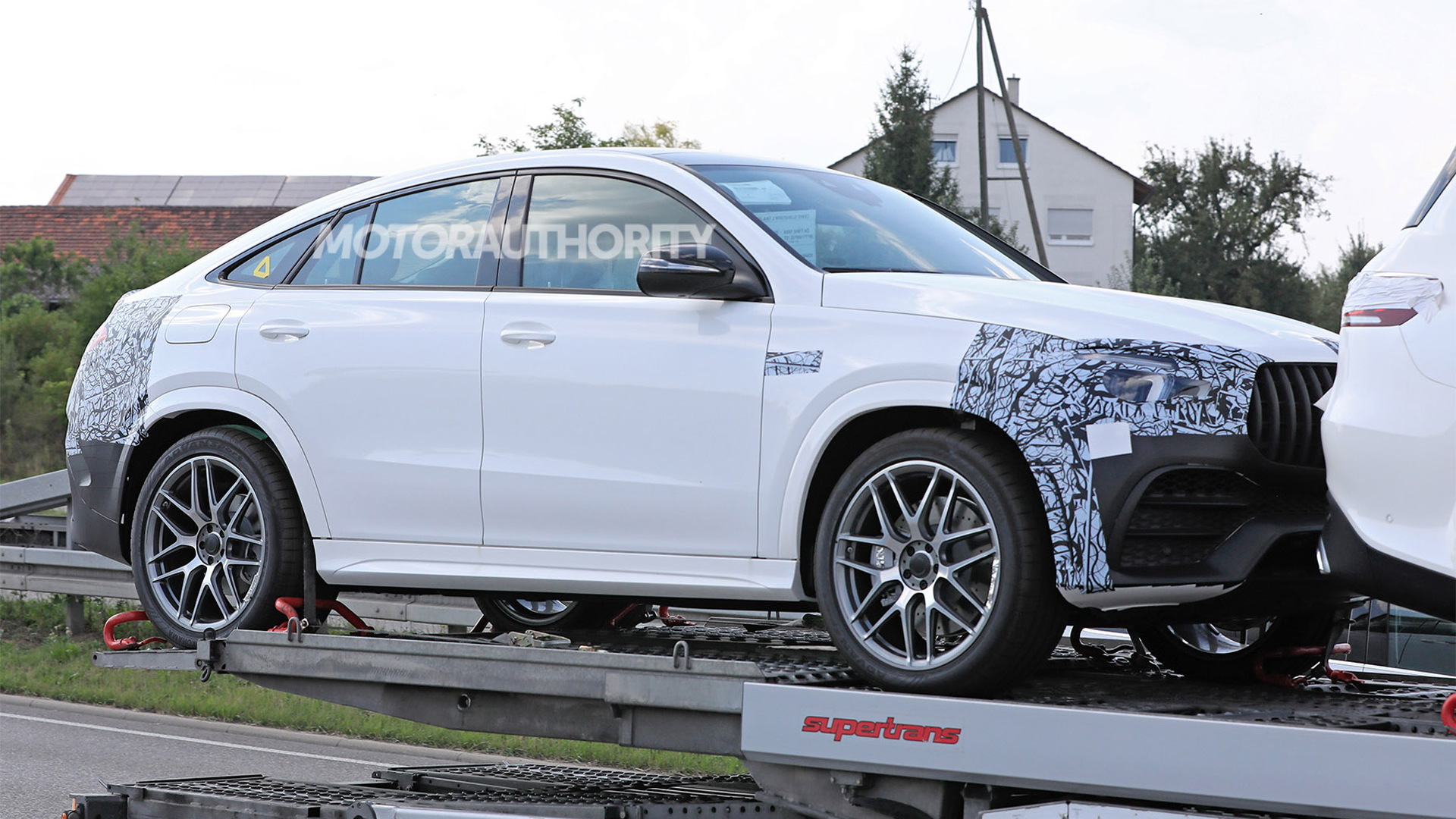 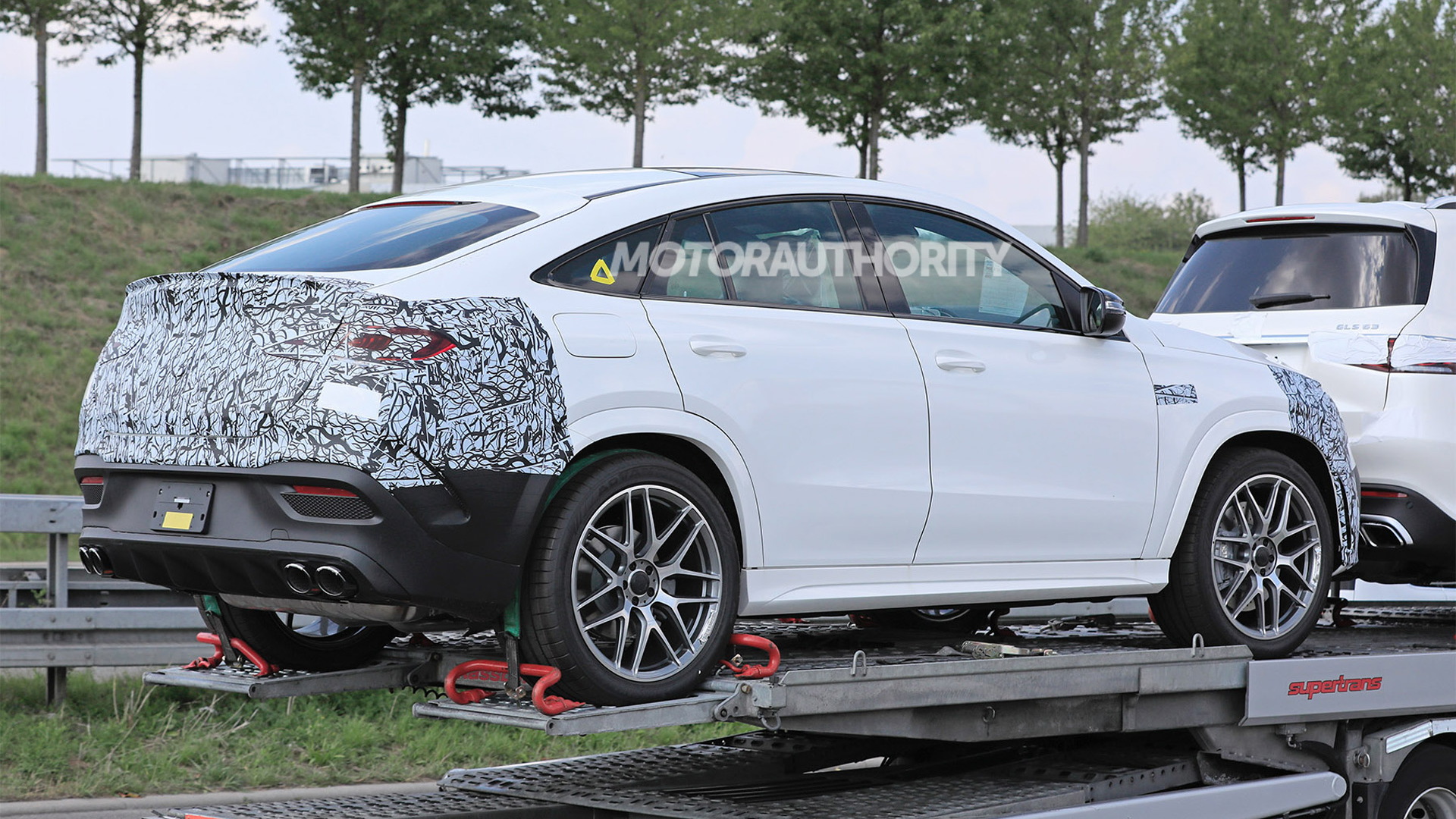 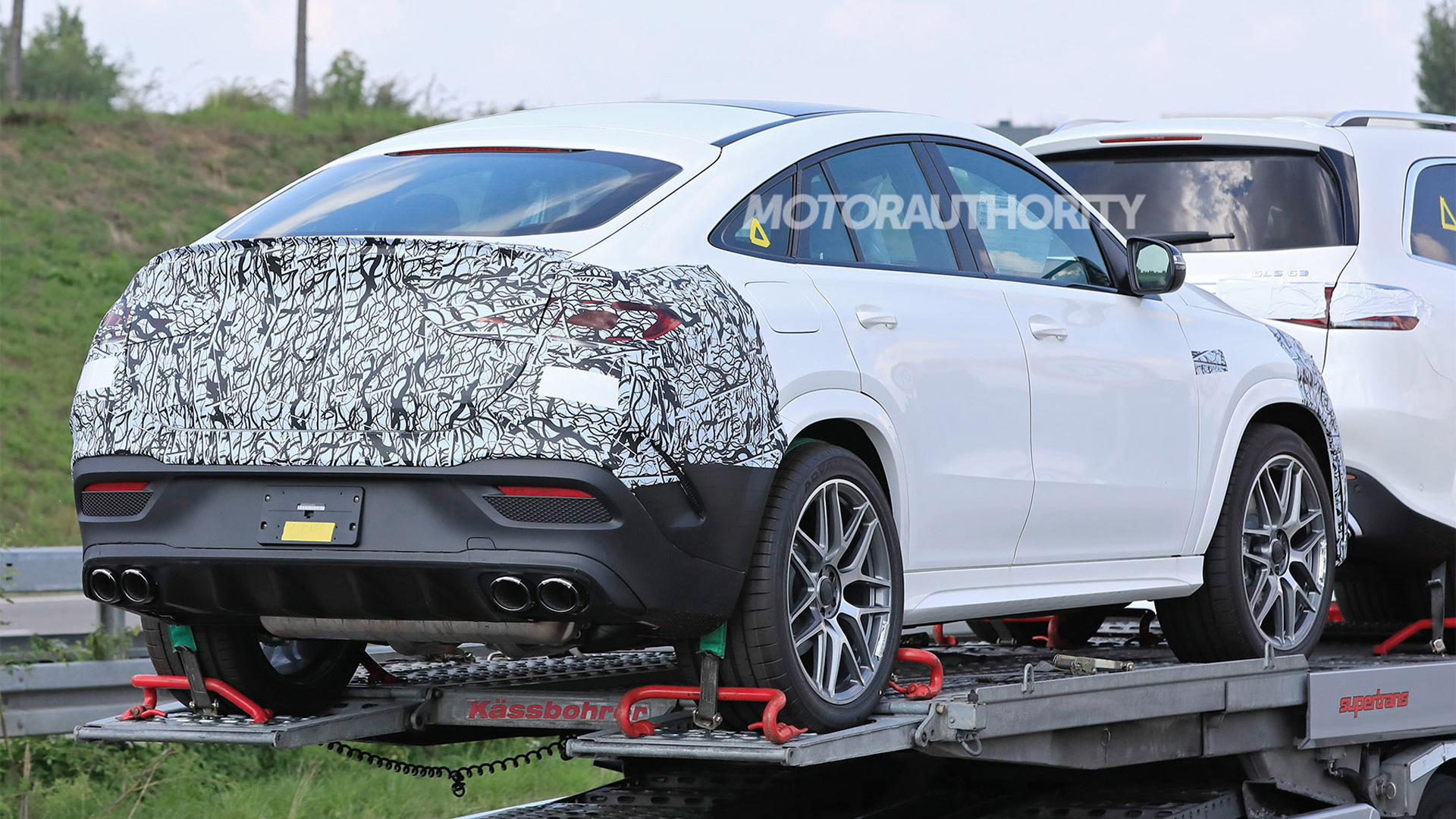 Mercedes-Benz has just introduced a redesigned GLE for 2020, and once again the mid-size crossover SUV will spawn a rakish GLE Coupe.

Prototypes for the redesigned GLE Coupe have been spotted for more than a year and the debut is imminent. Also out testing are prototypes for AMG-enhanced versions.

The lowered suspension and massive wheel and tire combo confirm this tester as a member of the AMG family, and the presence of round exhaust tips suggest we're looking at the entry-level model, i.e. the replacement for the current GLE43 Coupe.

The replacement for the GLE43 Coupe will feature GLE53 badging, however. The new name reflects the adoption of the same mild-hybrid system built around Mercedes’ new inline-6 engine that debuted in the 2019 CLS53 and has since appeared in a new GLE53 based on the regular GLE SUV.

The system, which also boasts an electric compressor, delivers a V-8-like 429 horsepower and 384 pound-feet of torque but with efficiency around 20 percent better than a V-8.

In the GLE53 Coupe, it should result in 0-60 mph acceleration of around 5.0 seconds.

The GLE53 Coupe will also sport a 9-speed automatic transmission and all-wheel drive.

As for the eventual GLE63 Coupe, this should come with AMG’s familiar 4.0-liter twin-turbocharged V-8, developing around 550 hp in standard tune and closer to 600 hp in spicier S flavor.

The redesigned GLE Coupe should arrive at dealerships late this year or early next. This GLE53 variant should trail it by several months and further out a plug-in hybrid GLE Coupe will also join the fold.