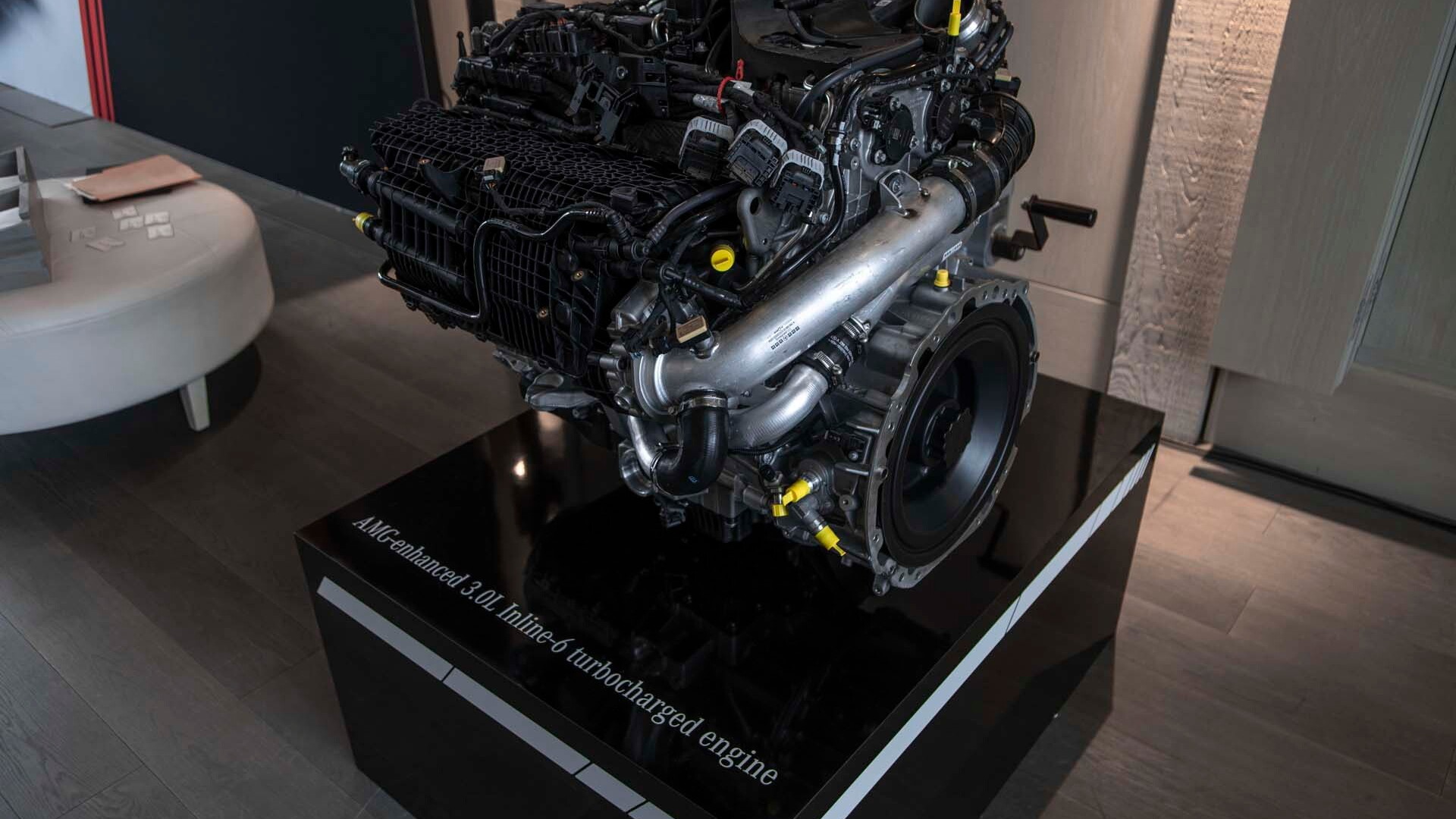 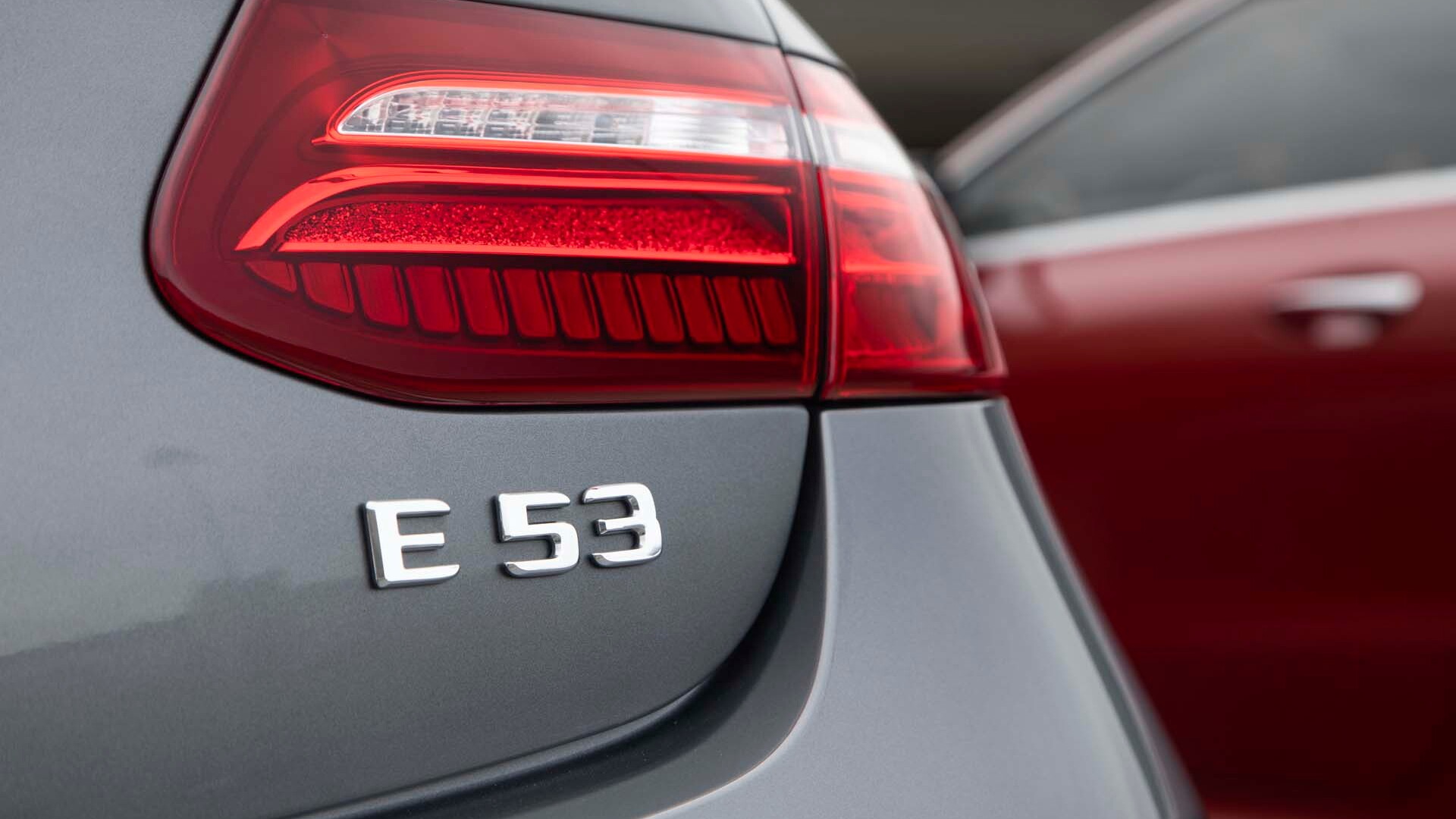 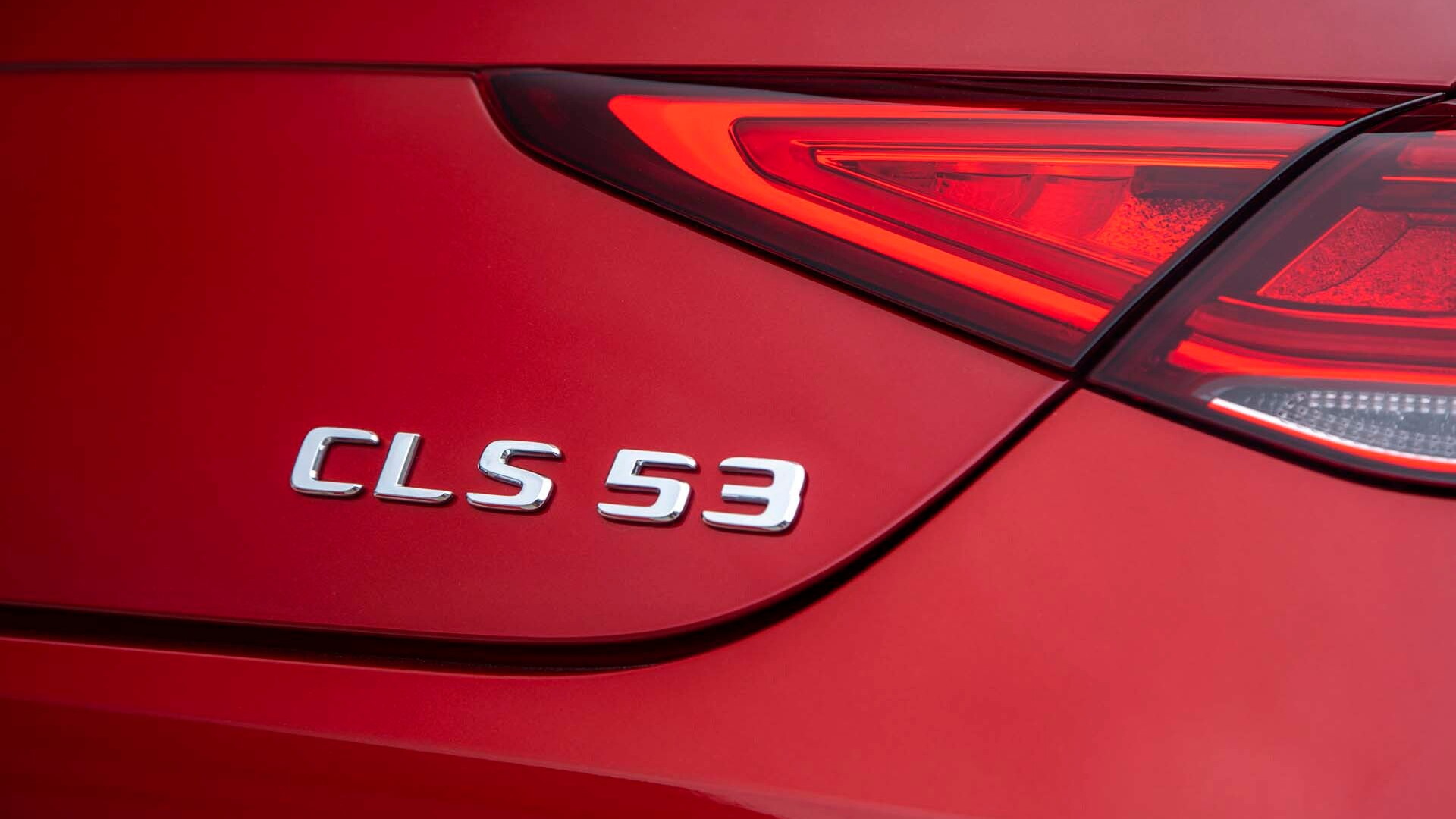 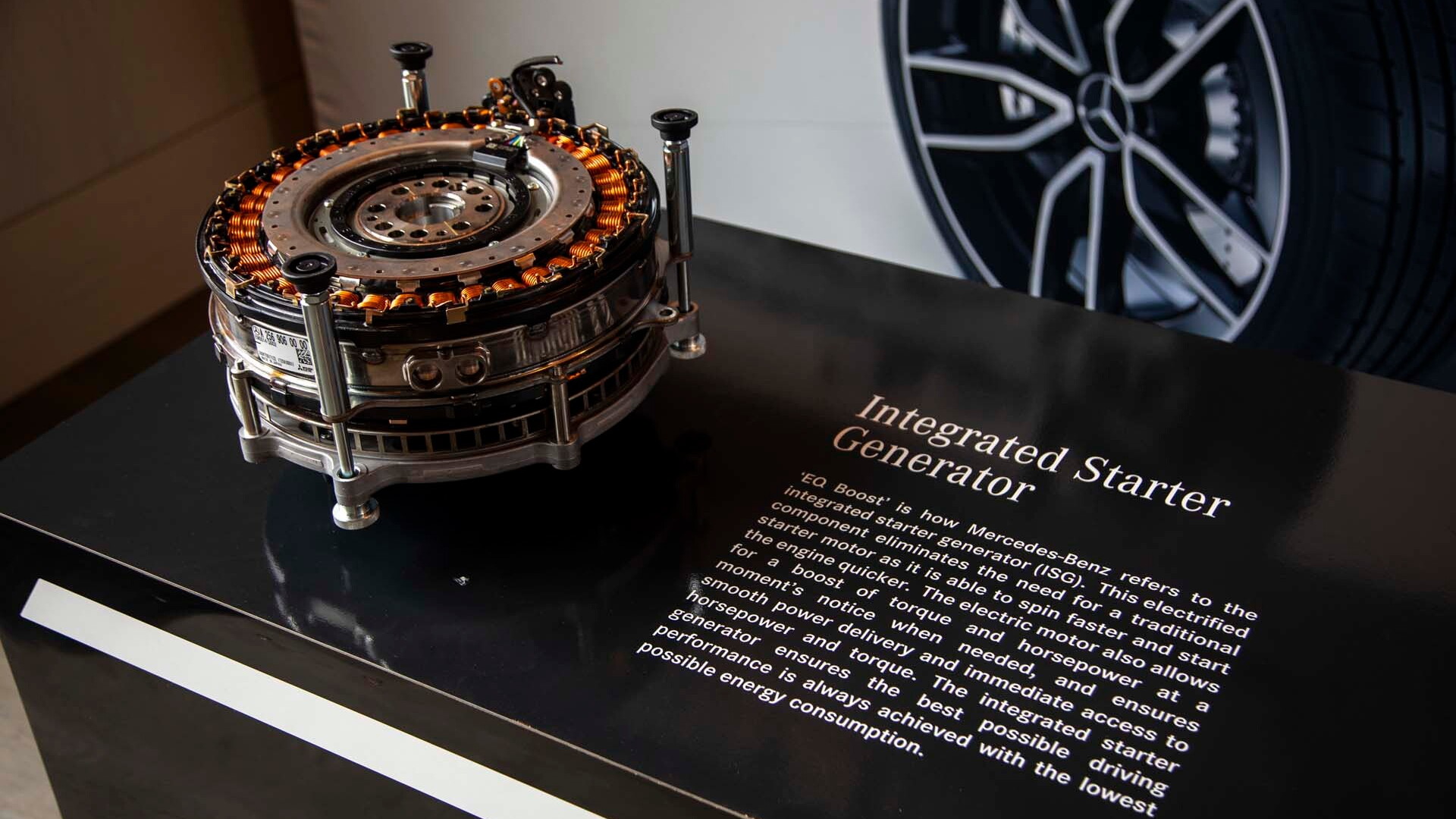 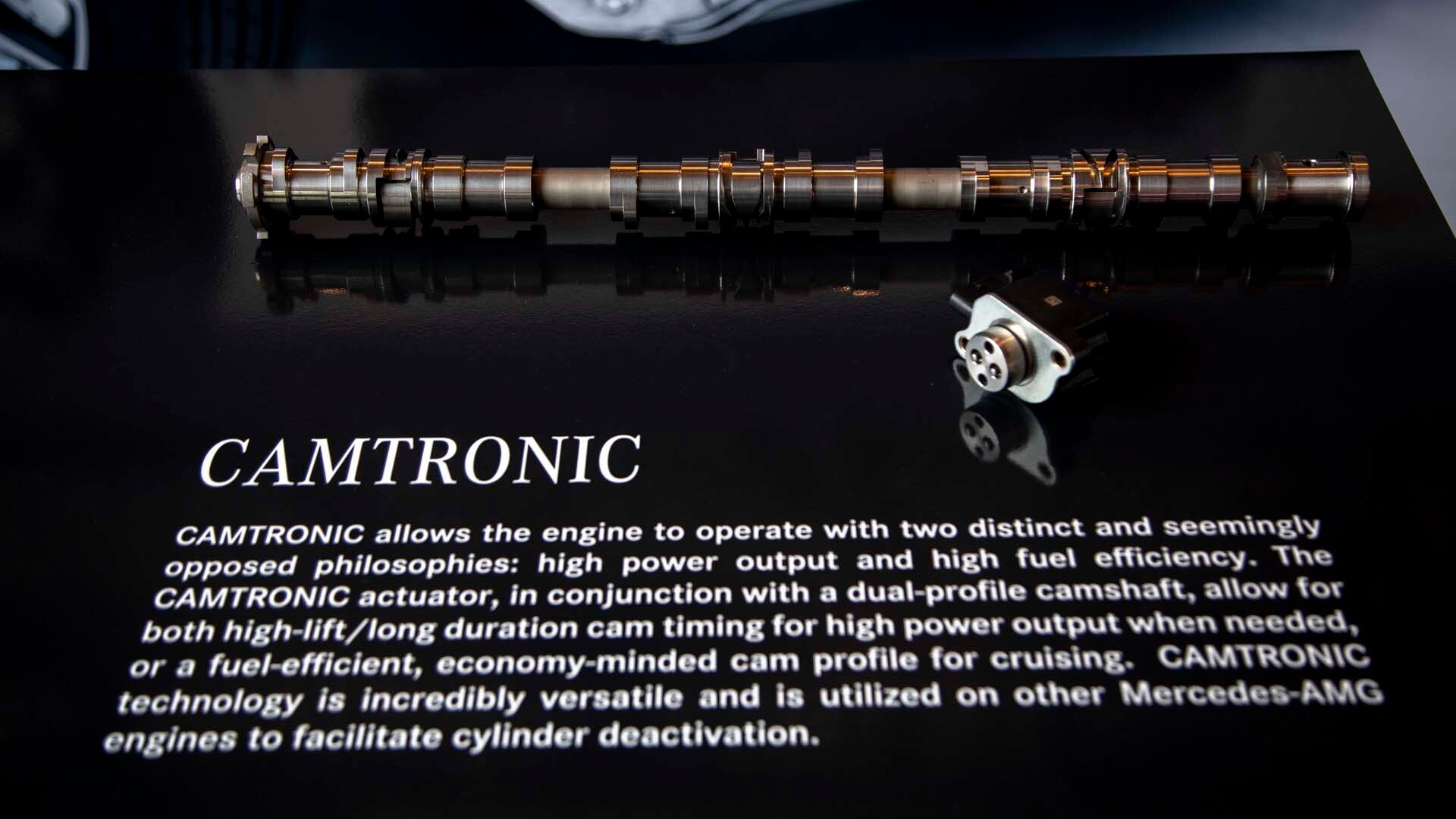 The AMG 53 Series looks to the past for its future in the Mercedes-Benz lineup.

In addition to the CLS-Class, E-Class, and upcoming GLE-Class, the turbocharged 3.0-liter inline-6 that defines AMG 53s is likely to appear in nearly every Mercedes model soon.

Related to the inline-6 found in the 450 versions of sedans, coupes, and SUVs, the AMG 53 variant massages, twists, and bumps power up to V-8 levels, with far less consumption.

It relies on a high-tech addition to a cylinder configuration Mercedes first used more than 100 years ago in its cars.

It’s a hybrid, but not really

At its heart (really, the crank) the AMG 53 uses an integral starter generator that dumps up to 21 horsepower and 184 pound-feet of torque down the driveline, but its best trick isn’t (nearly) hybrid power.

The generator never drives the wheels alone—it lacks clutches, and its 0.9-kwh lithium-ion battery is too small. But the generator is responsible for efficiently starting and restarting the engine, coasting, and sailing, which improves fuel economy. The generator also relieves the engine of accessory belts and powers the air conditioner, water pump, accessory power, and other auxiliary systems for better efficiency.

Compared to the previous-generation V-6 powerplants in similar AMG 43 models, the AMG 53 inline-6 and mild-hybrid power is nearly 20 percent more efficient in the EPA’s combined and highway cycles.

It’s turbocharged, except when it's supercharged

The AMG 53’s boost comes on early—just off idle—at 8 psi and feeds the inline-6 all the way up to its 6,500 rpm redline. From 3,000 rpm to 6,000 rpm is when the AMG 53 comes on song, its pull and growl are undeniable, and in sportier modes, the exhaust spits satisfying overrun.

Like other turbocharged engines, the AMG 53’s torque curve reads like a Marine’s haircut—quick, flat, and dependable—but the horsepower builds in a surprisingly predictable, and progressive way.

Compared to the AMG 43’s engine, the 53 is about 10 pounds lighter, according to Mercedes. But more than its marginal weight savings, the inline-6 is better positioned in the bay for ideal weight distribution. The benefits are immediately noticeable. The AMG 53 tucks in neatly to corners with a nimble nose, and the sophisticated all-wheel-drive system directs power in the right places to cut a tighter line.

In addition to the incremental weight savings and engine position, the AMG 53’s engine has fewer components and less friction than the V-6 it replaces. It’s smooth enough that the engine mounts are solid aluminum—very little vibration or harshness channels back into the car.

Although Mercedes didn’t comment on future applications for the AMG 53 engine, it’s currently served in all- and rear-wheel-drive applications in sedans, coupes, convertibles, and crossovers.

Although it’s unlikely that the C-Class will get it in the next few years, but we expect that the AMG 53 version will make its way into other cars and crossovers in the AMG lineup soon.