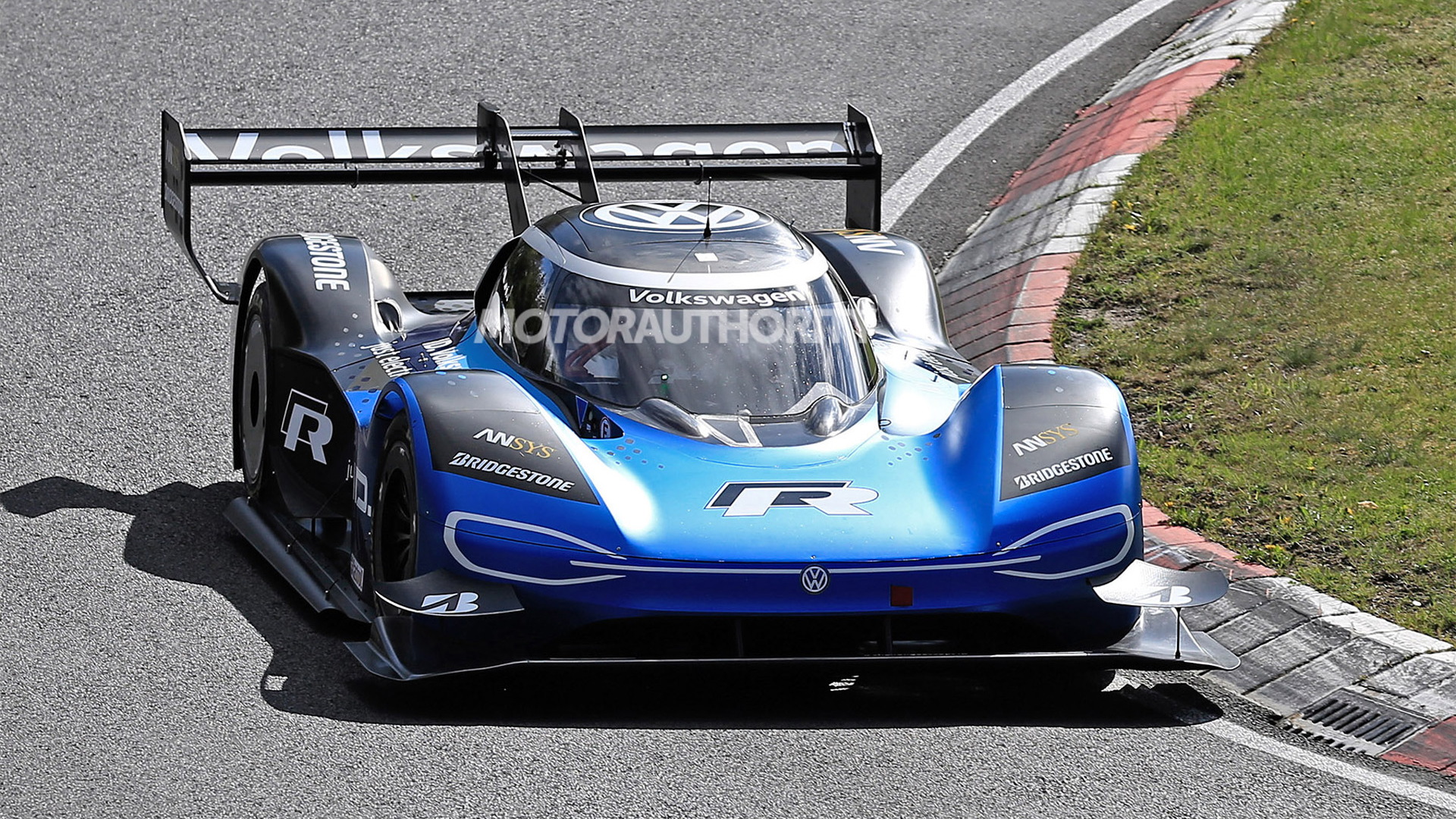 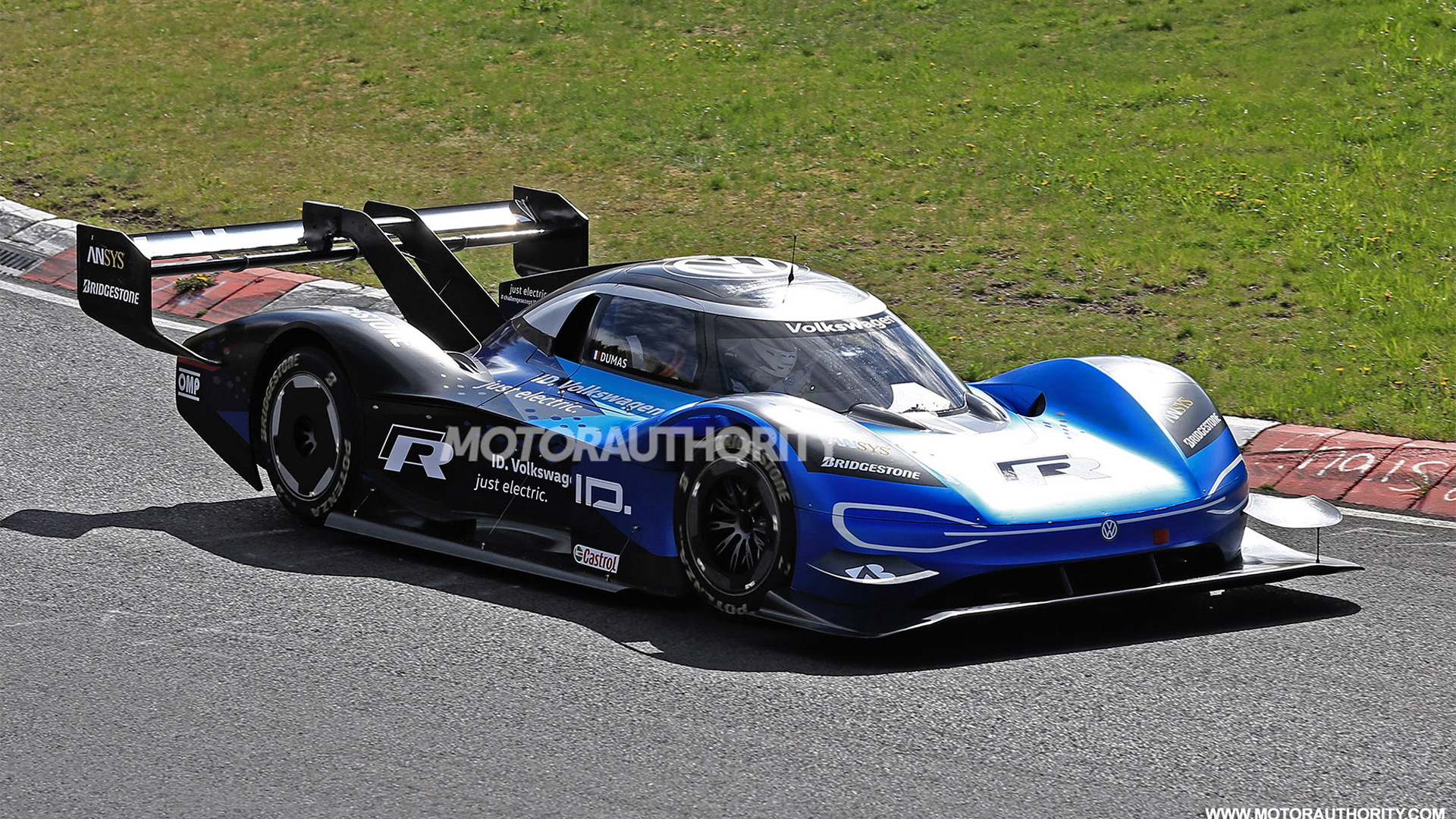 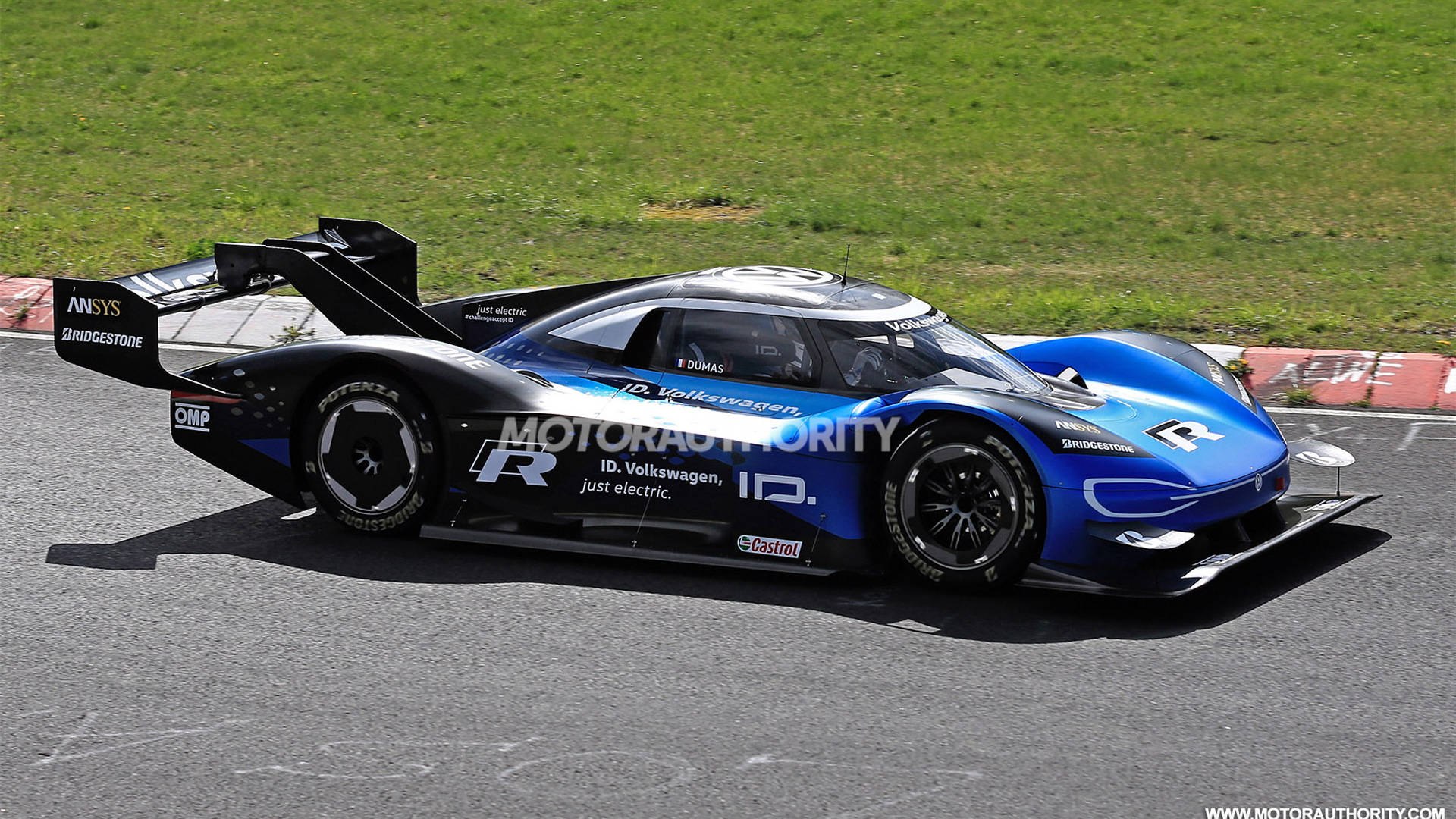 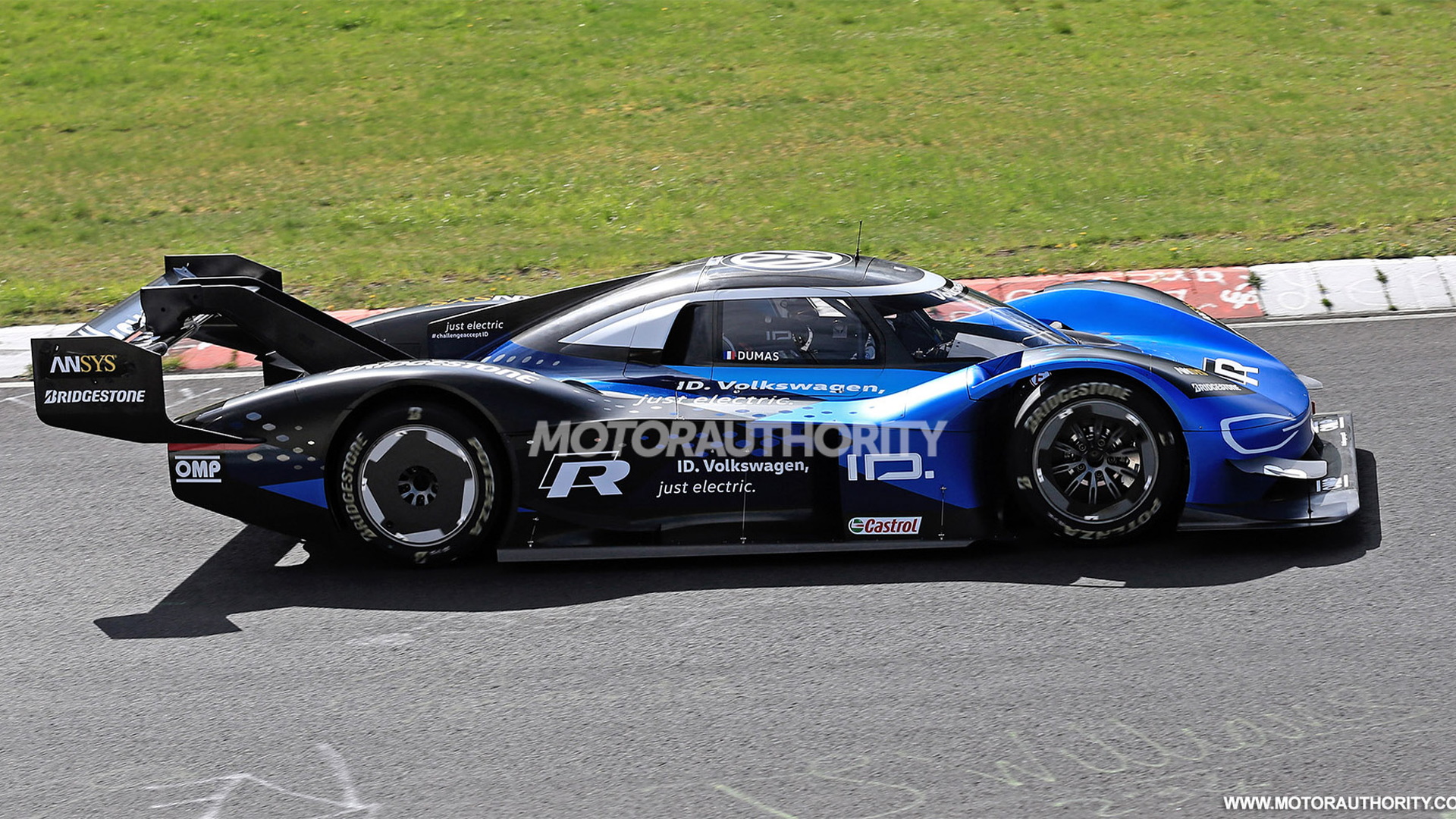 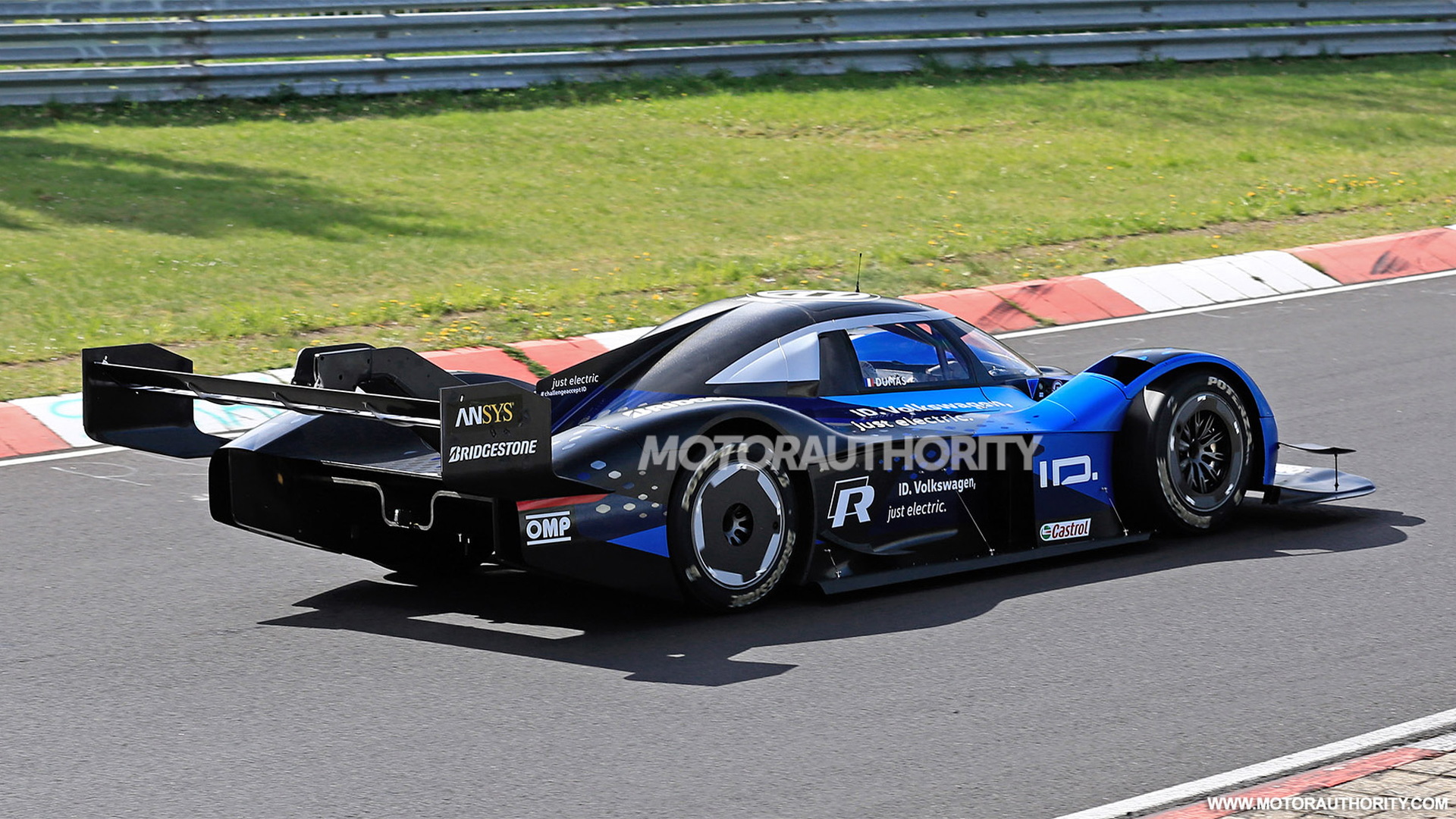 Ahead of Volkswagen's attempt to claim the Nürburgring-Nordschleife's lap record for EVs, the brand has begun to dish out some of the technical details on the specific version of the ID R time attack special developed for the feat. This time, VW takes a deep dive into the batteries.

Foremost, the batteries are the heaviest component of the 2,425-pound electric racer. Thus, they're placed in the center of the ID R for ideal weight distribution and a low center of gravity.

The first battery sits just next to the driver, who in this case will be French racer Romain Dumas, while the second makes a home behind him. Engineers tweaked the battery to ensure it's exactly the right size for the Nürburgring, and made sure the race car doesn't carry around any extra weight it doesn't need for the specific race track.

Battery management and efficiency is another major focus for the 'Ring lap record attempt. The 12.7-mile-long track is nothing like Pikes Peak, where the ID R claimed the record at the hill climb event last year. Instead, VW knows the ID R is quick and agile enough for the corners, but the straightaways will determine victory.

The long straights at the Nürburgring will be no friend to the ID R's battery as the track demands high speeds in these sections. It's one of the reasons engineers opted to implement a drag reduction system, similar to Formula 1 cars. While F1 cars use DRS to overtake other racers easier, DRS will help Dumas manage power and efficiency to save it where the track requires it most.

On the track, 20 percent of the energy needed to make a lap around the 'Ring will come from the car itself via energy recuperation as the ID R brakes in the corners. The other 80 percent will come from battery cells tuned for maximum power. We'll have to wait until this summer to know if VW becomes the electric king of the ring, but the ID R is already hitting the track in preparation for the attempt. The current record is the 6:45.9 set by Nio and its EP9 track car in 2017.