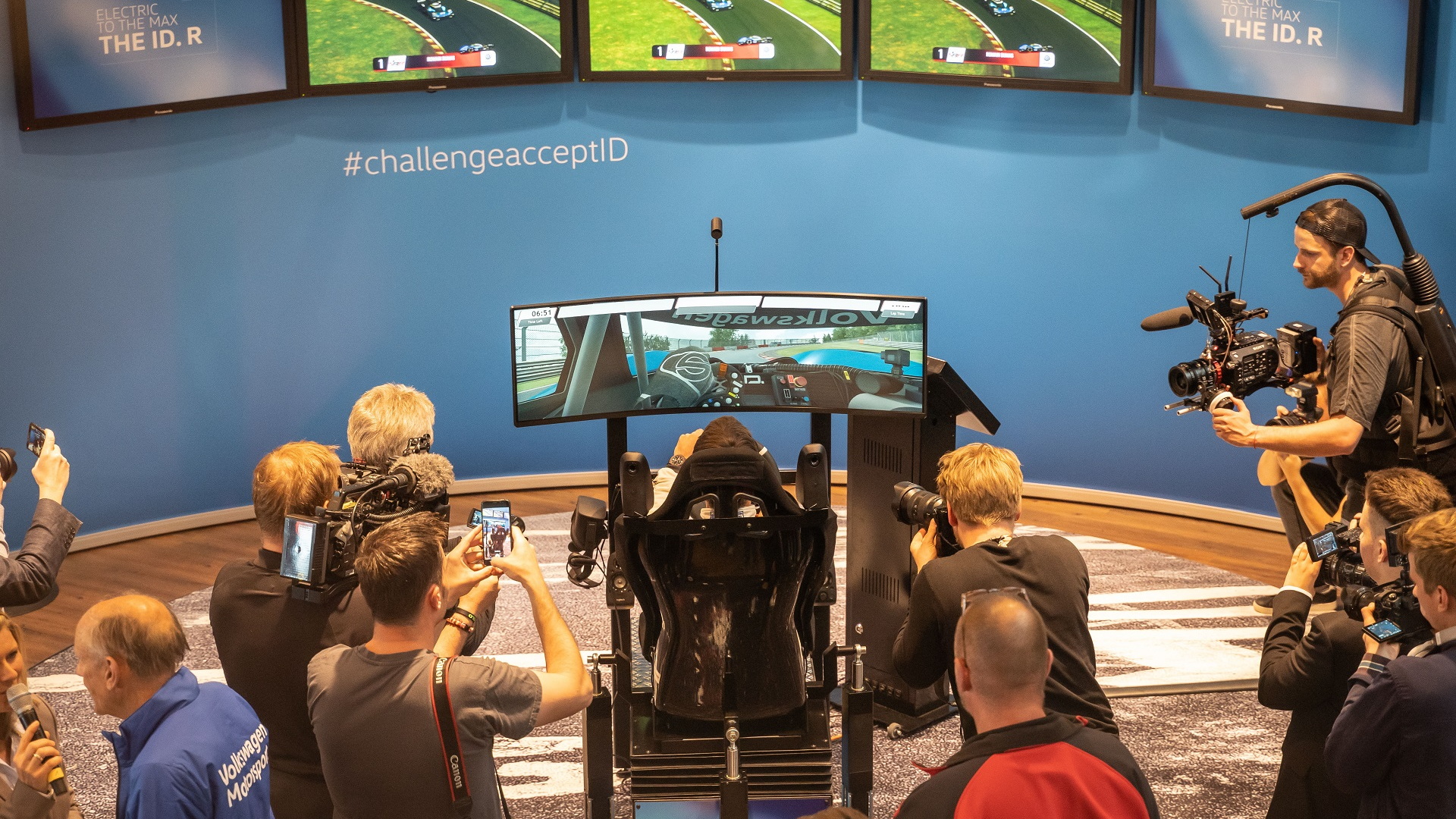 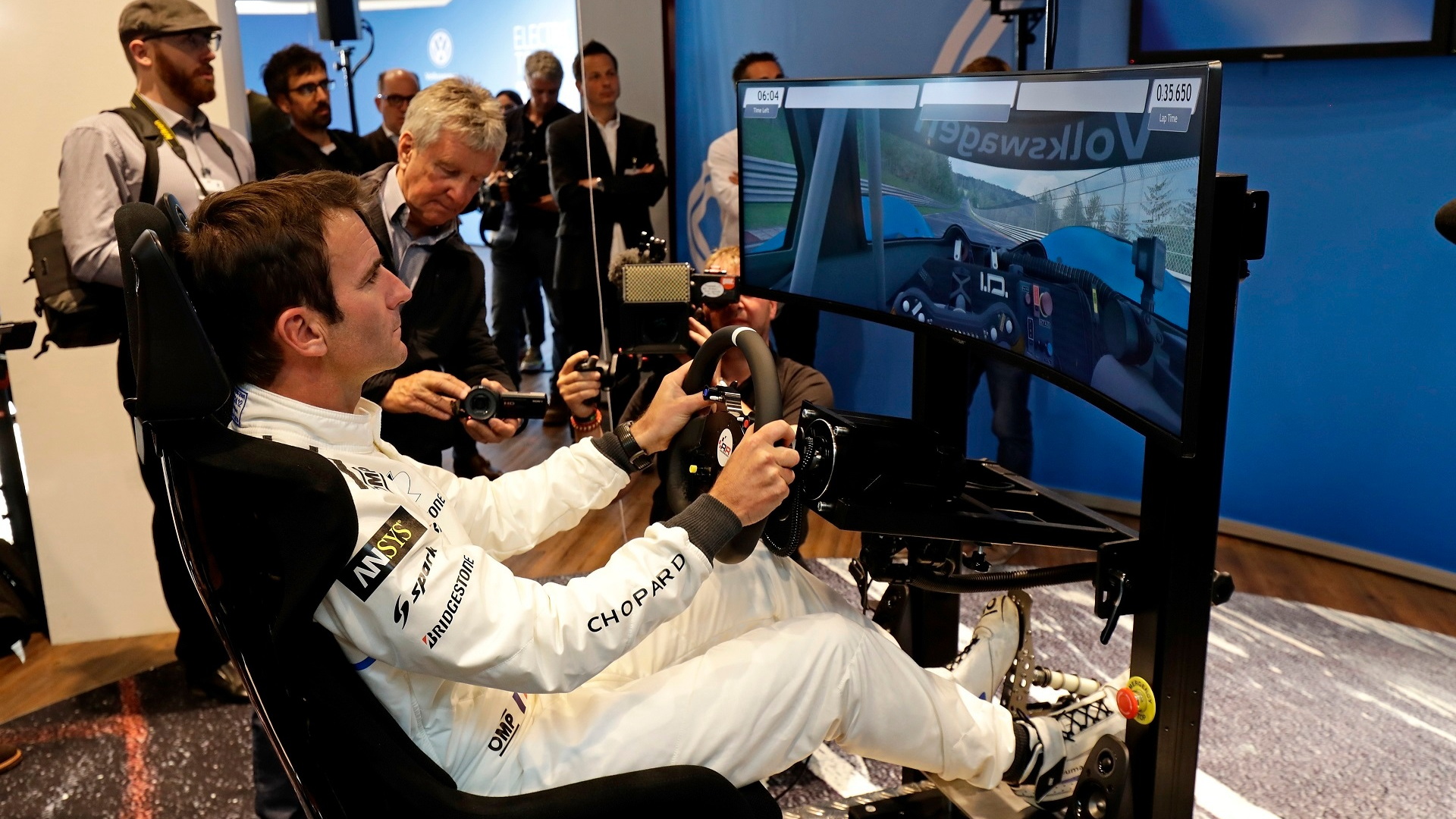 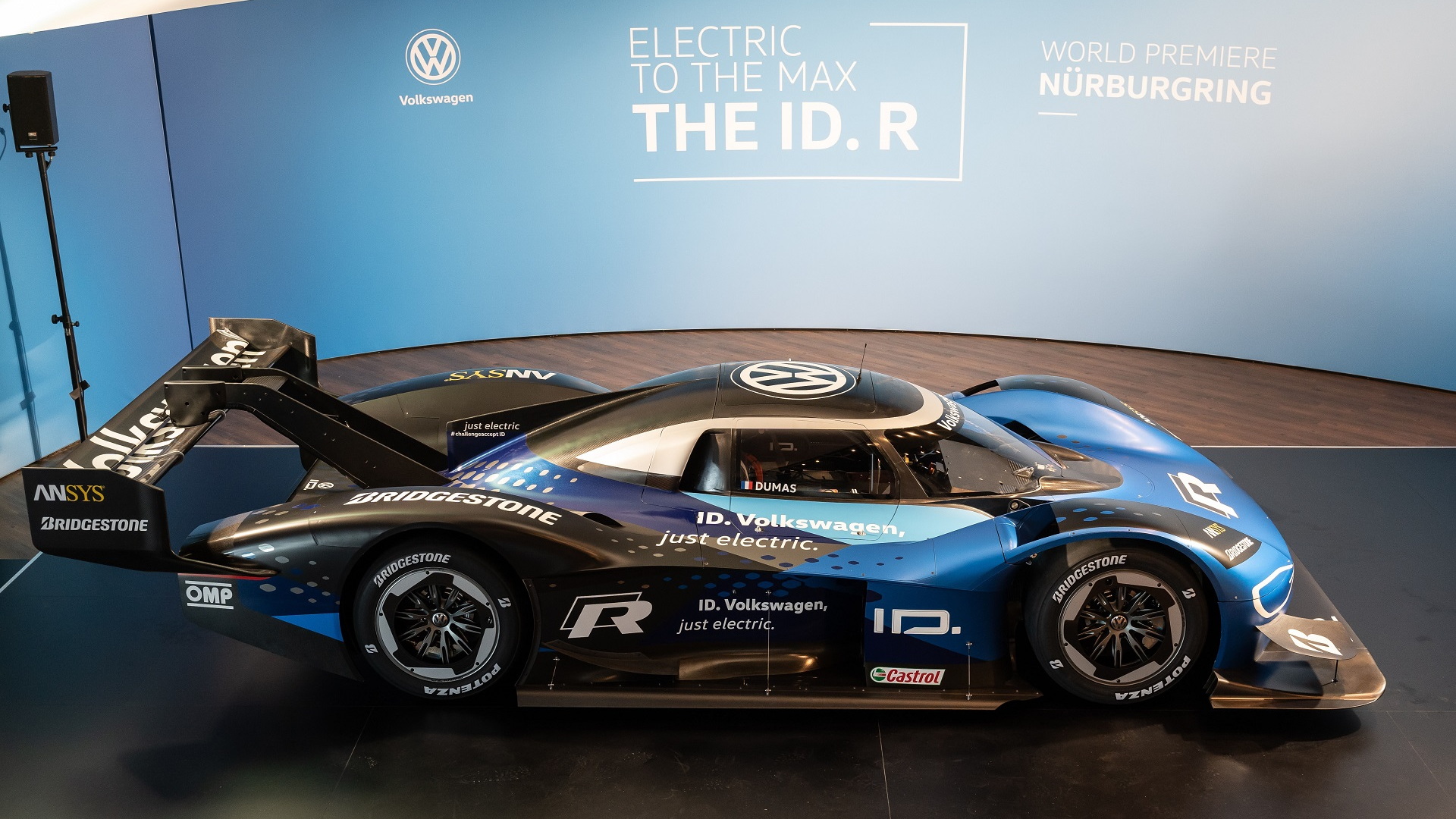 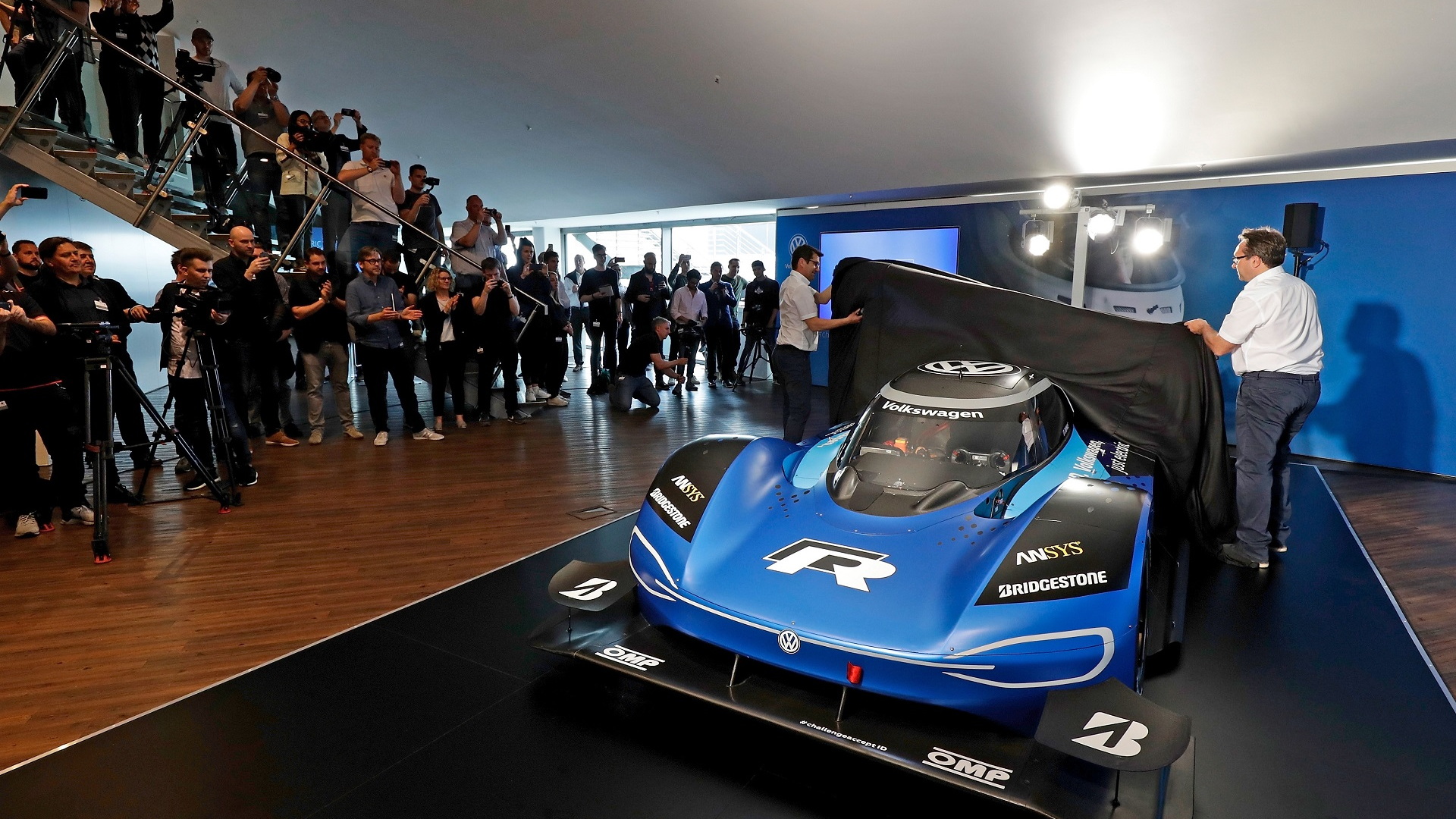 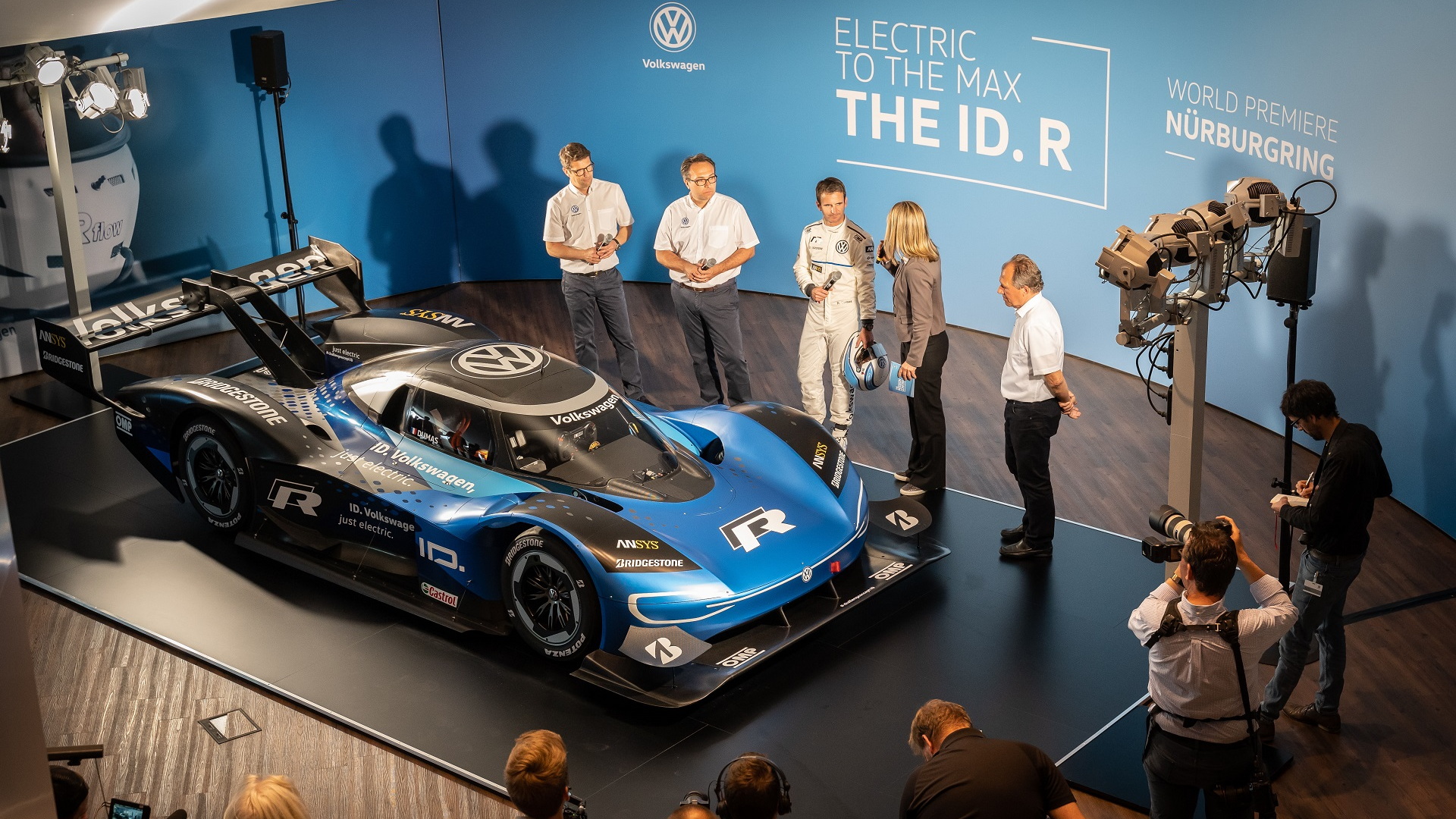 Volkswagen announced its intentions to tackle the Nürburgring Nordschleife with its ID R electric race car in January, and on Wednesday, the company revealed the car set to take on the Green Hell.

We've seen the ID R electric race car before when it smashed the outright record at the Pikes Peak International Hillclimb last June. Since then, however, engineers have been developing the car for its new duty in Germany. The powertrain makes 670 horsepower and has been fine-tuned for the 12.9-mile track, and the body has been carefully sculpted to ensure the best aerodynamic performance. The setup for Pikes Peak required a lot of downforce. A car running on the Nordschiefe doesn't need as much downforce.

Most importantly, the ID R now features Formula One technology. The latest version of the race car includes a drag reduction system (DRS). The DRS is a hydraulically adjustable part of the rear wing, which in F1, helps facilitate overtaking. Since the ID R won't actually be racing, VW engineers applied the technology in a different manner.

With the push of a button, the driver can reduce air resistance by about 20 percent, which will immediately improve the ID R's efficiency around the racetrack. Greater efficiency means VW can deploy the 670 hp better during the Nordschleife's long straightaways and the driver will be able to use maximum power on all parts of the track.

Romain Dumas will return to the cockpit for the lap-record attempt. Dumas, a four-time winner at the Nürburgring, was behind the wheel of the ID R for the Pikes Peak record time. Clearly, he's the racer with the right stuff to help VW accomplish its goal.

The time to beat is 6:45.9 for the electric-car lap record. Chinese automaker Nio currently holds the title with its EP9 track-only supercar. VW said it expects the ID R's average speed to be around 112 mph, with a top speed of 168 mph in various sections of the track. By our math, an average of 112 mph equals a time of 6:54.6, so the car will have to do a bit better than than to break the record.

Testing for the record attempt begins on Thursday. No date has been given for the official attempt.

For those who want to see how they stack up against Dumas, VW will offer anyone and everyone the chance, though virtually. The brand has partnered with RaceRoom, a free-to-play racing simulator, to provide an ID R racing simulator. Gamers with Steam accounts can sign up for and download RaceRoom, put up their times around the demanding Nordschleife, and compare their best against what Dumas does behind the wheel of the real car.