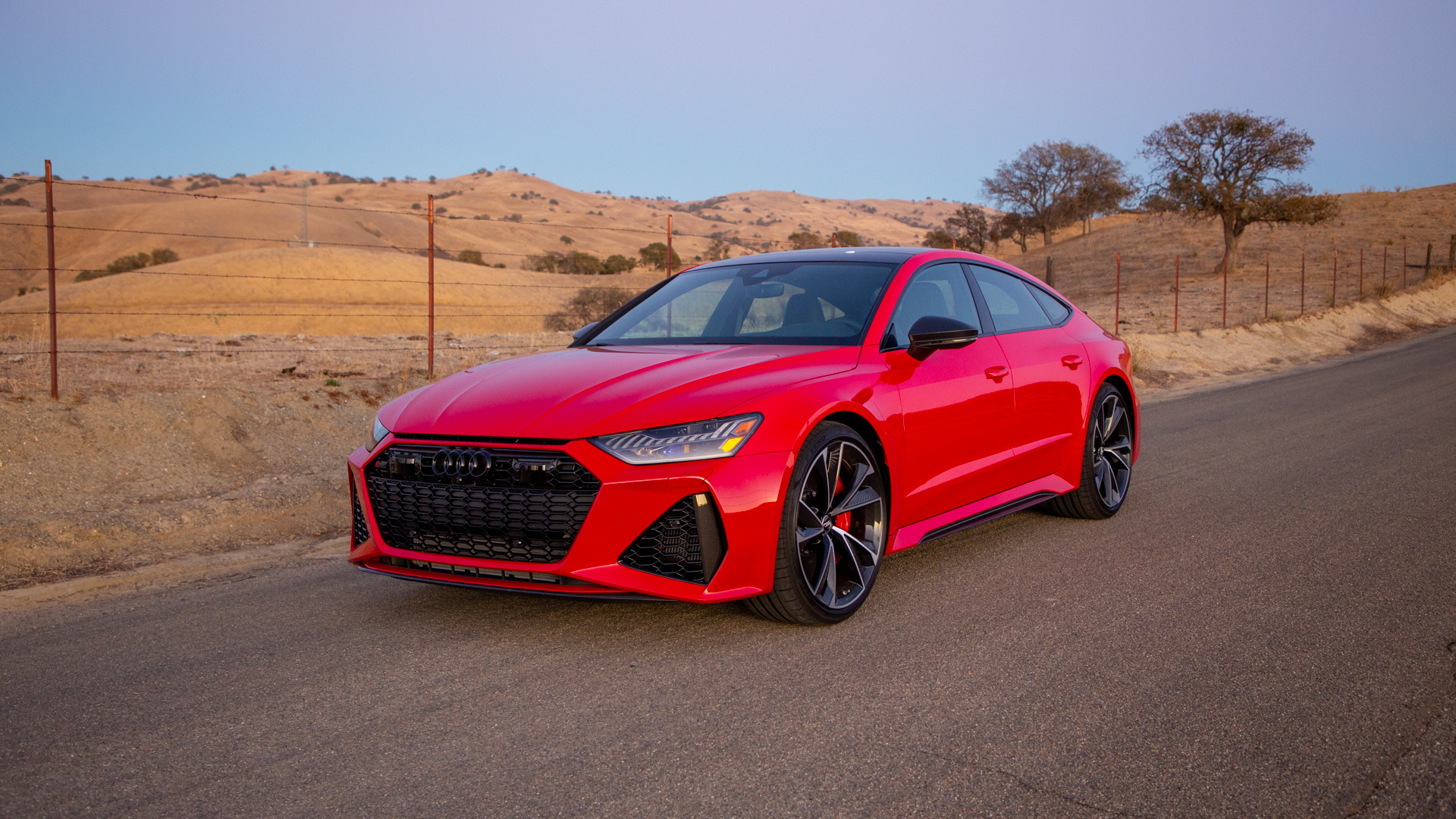 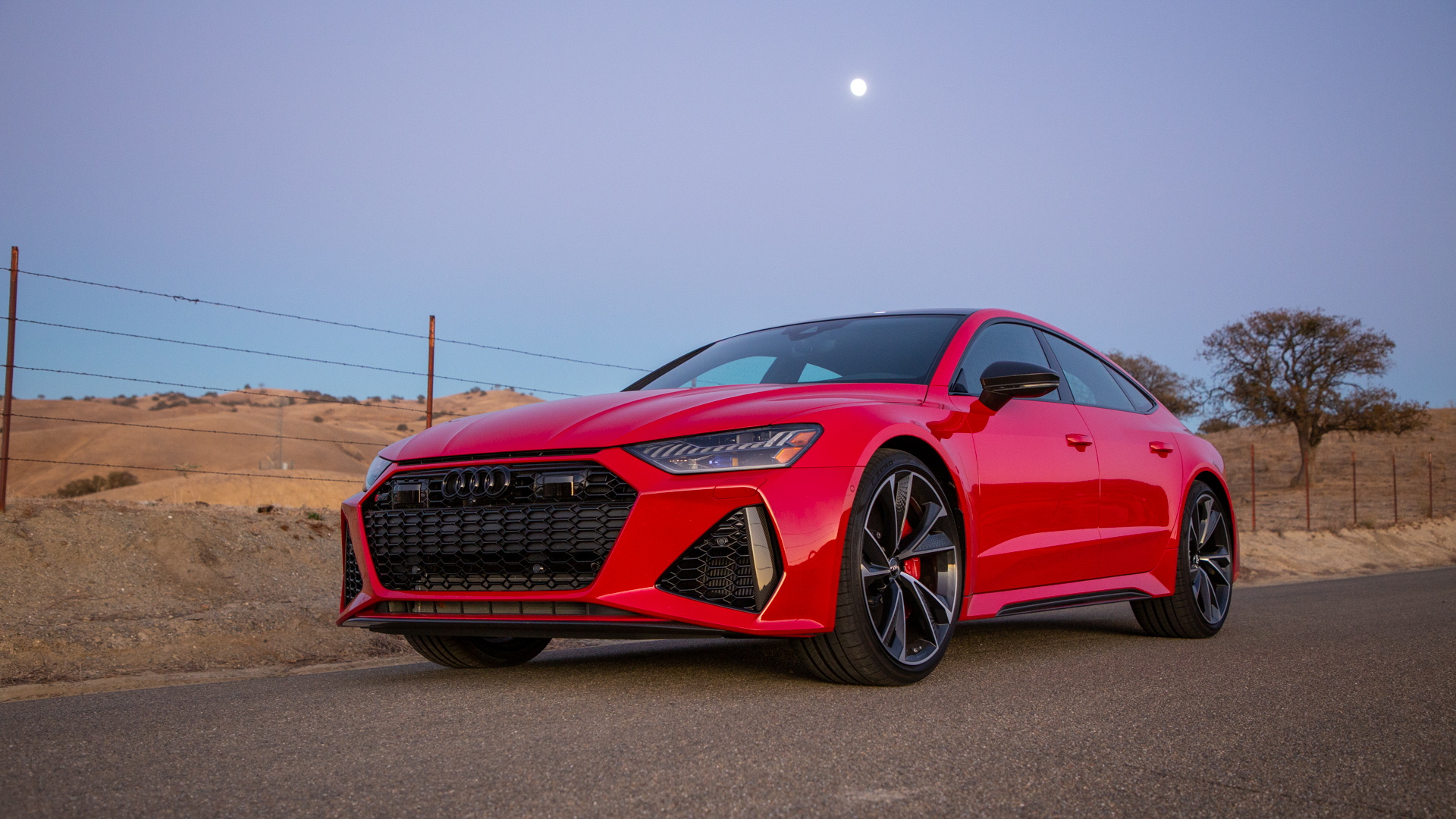 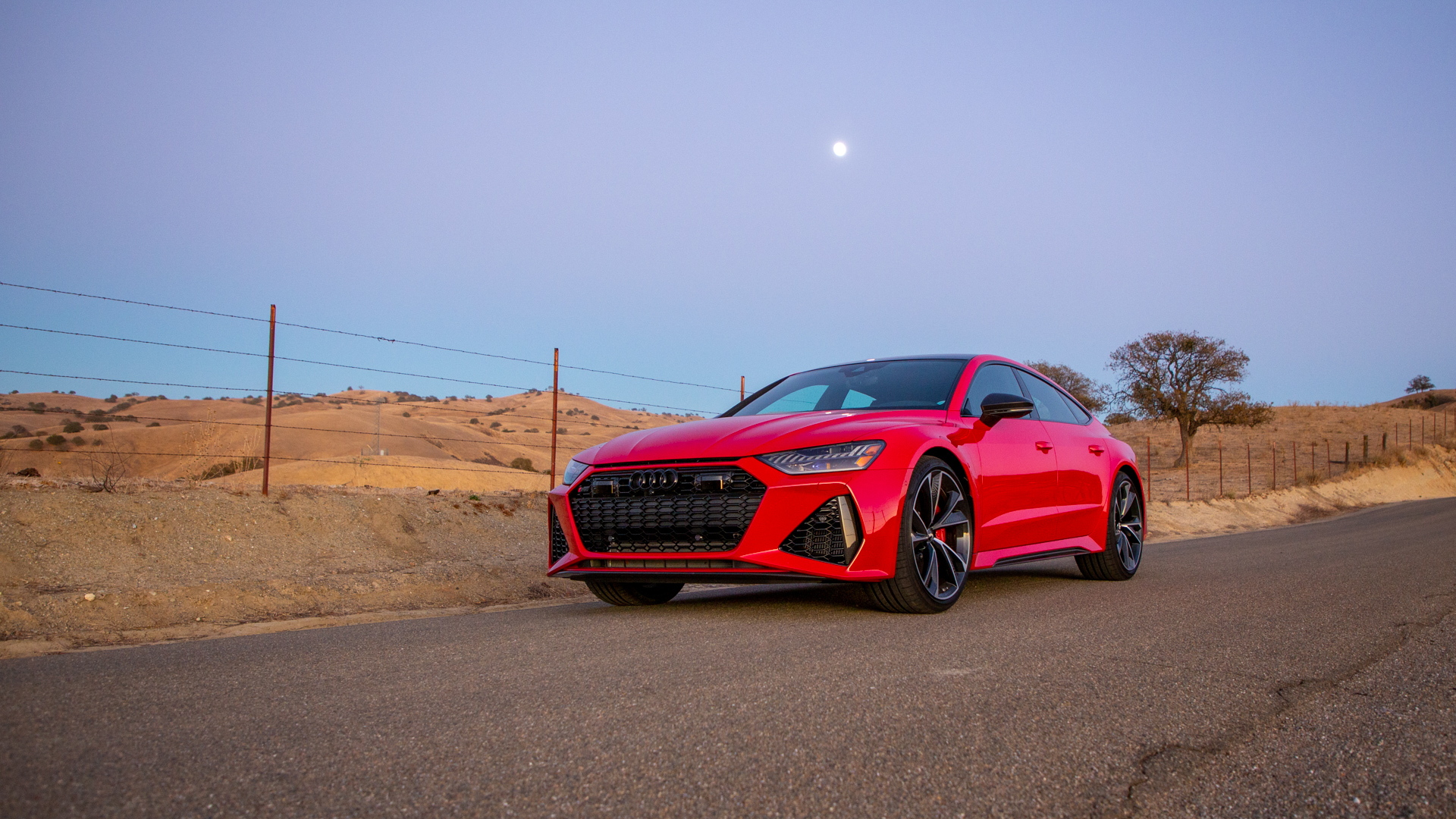 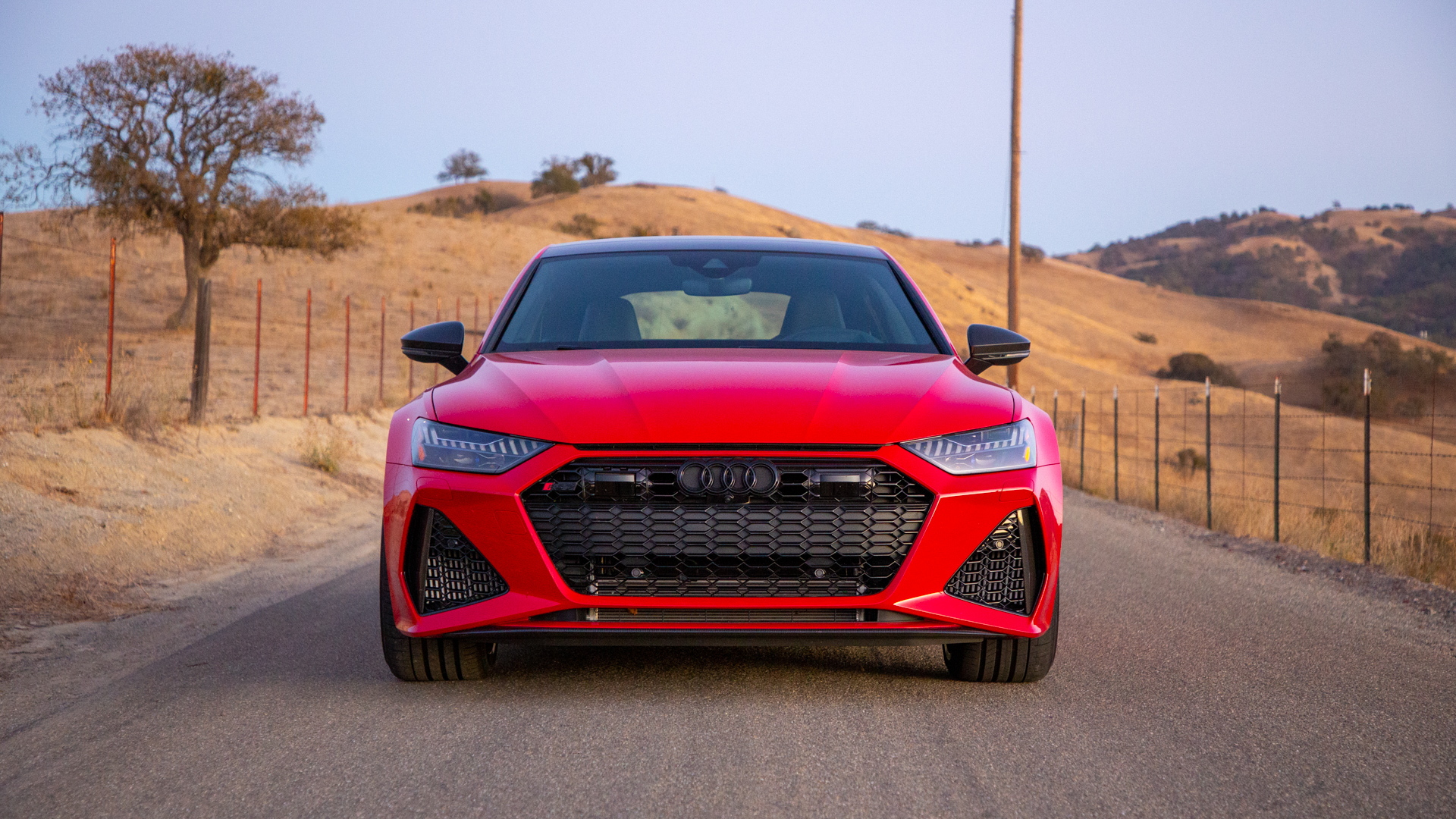 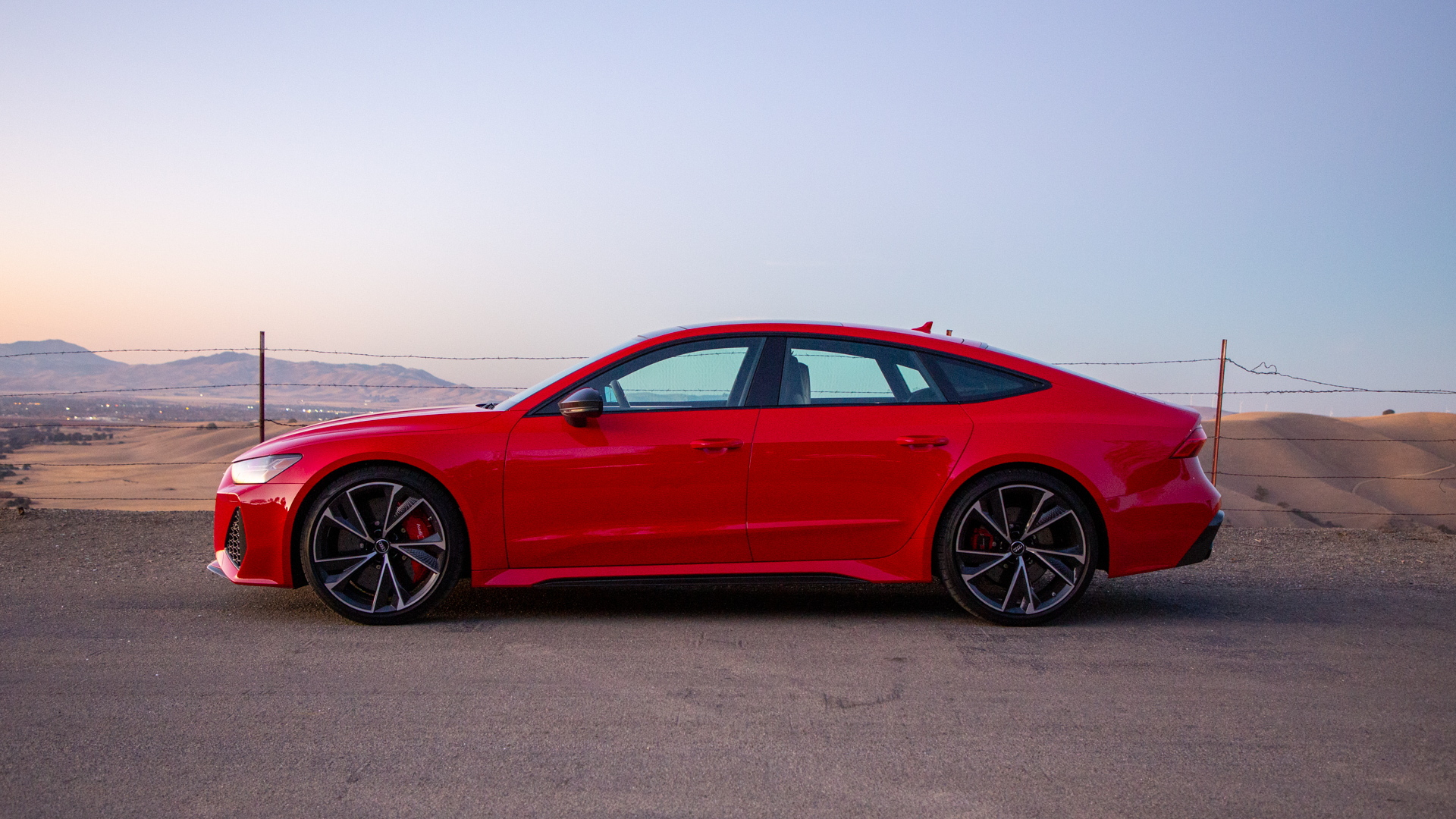 Reunions can be funny things, where memories run headlong into current realities in unpredictable ways. The more fondly you remember someone, the more nervous you will be to see them again. What if they’ve changed? What if you’ve changed?

It’s with this sense of trepidation that I headed into my time with the redesigned 2021 Audi RS 7, because the previous generation of the RS 7 was one of my favorite cars. It had an appealing brutishness that belied its tame styling. Hit the gas and that car would explode with acceleration and a rumbling soundtrack to match. Its dual nature, a luxurious cabin with uncivil performance and sound, appealed to me.

The new RS 7 is excessive in many of the same ways, with comically large wheels and a twin-turbo V-8 under the hood offering more power than anyone needs. But it’s gotten a makeover, with a technology forward interior that’s also quieter and new layers of refinement for the ride and handling. The RS 7 has grown up in the time we’ve been apart, more than I have I’m afraid. I fear that in its growth, it’s lost some of the playfulness that made me love it so much in the first place.

Under the hood lurks a 4.0-liter twin-turbo V-8 that makes 591 hp and a nearly matching 590 lb-ft of torque. That’s enough power to get this big car from 0-60 mph in only 3.5 seconds and up to a top track speed of 190 mph with the optional carbon-ceramic brake package (155 mph without it). All-wheel drive is standard, along with a sport differential that actively splits torque between the rear wheels and is a necessary addition on a car with this much raw power.

Without such wizardry working at the rear wheels, this thing would get squirrely very quickly. With the electronic gatekeepers on, it’s easy to roll onto the power with confidence. If you mash the pedal on a corner exit, there’s a small hiccup until the computers figure things out and get you pointed in the right direction, but I prefer that to the frankly dangerous alternative.

In a straight line, the RS 7 is a rocketship. I didn’t come close to touching any of the top speed figures, but this car absolutely leaps from 20-60 mph. It happens in the blink of an eye and you’ll have to watch your speed merging onto the highway as you overtake traffic with supreme ease.

Though the new RS 7’s 0-60 mph time is faster by 0.1 second,  it feels like it lacks some of the off-the-line burst of the old car. The previous generation seemed to rocket from a stop, enough so that I’d remind passengers to put their heads back against the headrest before any kind of launch. The 2021 RS 7 is still obscenely fast, but some of its edge has been blunted—and I miss it.

Though the RS 7’s performance figures do induce smiles, the fuel economy does not. The EPA estimates 15 city, 22 highway, 17 combined mpg on premium fuel. With a 19.3 gallon tank, you can still cover about 400 miles on a highway road trip, but the fuel costs add up quickly if you engage in any throttle-related hijinks.

As prodigious as the RS 7’s power output is, its handling isn’t in the same league. It’s not sloppy, it’s just heavy. The engine is enough to overcome the liftback’s curb weight of 4,938 pounds in a straight line, but in corners there’s no hiding that amount of bulk. There’s noticeable understeer if you really cook it into a corner, and turn-in response isn’t sharp. As with most Audis, the steering is too light and doesn’t offer enough feedback to really feel what the front end is doing. The adaptive suspension does a good job of keeping the big car balanced, but you can tell it’s working overtime.

The counterargument is that the RS 7 wasn’t meant for agility. There’s some merit to that because the RS 7 is an absolute delight as a touring car. The quiet and well-appointed cabin makes chewing up the miles on a road trip a breeze. The sport seats have aggressive bolstering but remain very comfortable over extended periods. You might look at the gigantic 22-inch wheels with low profile tires and think that you might need a mouthguard on anything but the best roads, but the ride is shockingly supple (and quiet) with the suspension in its more comfortable settings.

If I had to pick a car to drive across the country, the RS 7 would be near the top of that list. The combination of ride quality and luxury, intermingled with the occasional burst of delightful acceleration, never gets tiring. That’s even truer if guests come along for the journey. Four adults will fit in great comfort and the rear hatch has room enough for luggage with 24.6 cubic feet of cargo space behind the rear seats.

The RS 7’s price makes my dreams of road trips just that, dreams. My test vehicle’s base price was high enough at $115,045, but options brought the total to $137,540. The largest culprits in the price hike were the carbon-ceramic brakes ($9,000) and a carbon-fiber appearance package ($6,650) that included those 22-inch wheels. That’s more than the even higher performance last-generation RS 7 Performance I tested cost, which makes me a bit fearful of how high the price will be for the new version.

If the rumors are to be believed, the new RS 7 Performance will feature plug-in hybrid power and that has me excited. Such a system will add even more weight, but imagining an electrified jolt to help the RS 7 launch with even more gusto has me tickled and may hew closer to the rush of excitement the old model offered. It should also make the fuel economy figures more palatable.

The new RS 7 is an upgrade over the old car in nearly every way. It’s more luxurious, features better technology, offers superior comfort, and the handling has improved as well (believe it or not, the old generation was even more vague). However, I came away from this reunion with bittersweet feelings.The old RS 7 was a wild child but in the most entertaining way, and I miss that rambunctious feel. The new RS 7 has grown up and left a hefty portion of its playfulness in the rear view mirror of youth. I’m glad we got to catch up. I just miss the old days.