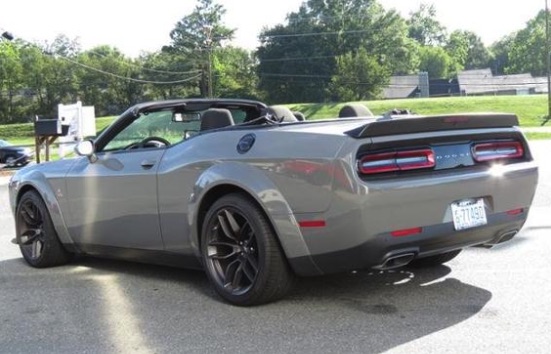 We discovered a Dodge Challenger convertible; an update on Michael Schumacher's health surfaced; Jay Leno took a look at an impeccable 1935 Bugatti Aerolithe replica. It's the Week in Reverse, right here on Motor Authority.

There's no such thing as a Dodge Challenger convertible. Or is there? A North Carolina-based dealership is selling three of them and we spoke to the business to learn about how they came to be.

Formula One star Michael Schumacher has been watching F1 races as he recovers from his skiing accident years ago. We learned some information about Schumacher's health in a rare public update from his former team manager.

Jay Leno's Garage welcomed a very special car, even if it's a replica. The latest episode focused on a 1935 Bugatti Aerolithe replica, but the work on display and the styling are jaw-dropping.

Finally, we took a trip to the Acura Performance Manufacturing Center in Marysville, Ohio, to see how the brand's most exclusive cars come to life.