It's been five and a half years since Michael Schumacher's skiing accident that left him seriously injured and out of the public eye. Since then, health updates have been few and far between. However, close friend of the seven-time Formula One world champion and current head of the FIA Jean Todt has spoken about Schumacher's condition.

Todt spoke to Radio Monte-Carlo, according to a Tuesday report from The Sun, and shared information about the former Ferrari driver. Specifically, he stressed that Schumacher continues to make progress during recovery. The F1 star was skiing when he fell and hit his head on a rock, which cracked his helmet open. It's been understood in other small health updates that Schumacher is unable to speak or walk. Yet, Todt said his progress has been encouraging overall and both of them watched this past weekend's F1 race at Schumacher's home in Switzerland. Todt was Schumacher's former boss when he ran Ferrari's F1 race team, and the two developed a close relationship throughout Schumacher's career.

Alluding to his inability to talk, Todt said their friendship has changed because they can't communicate like they did before. He added that the F1 champion remains in the best care at home and he "keeps fighting." 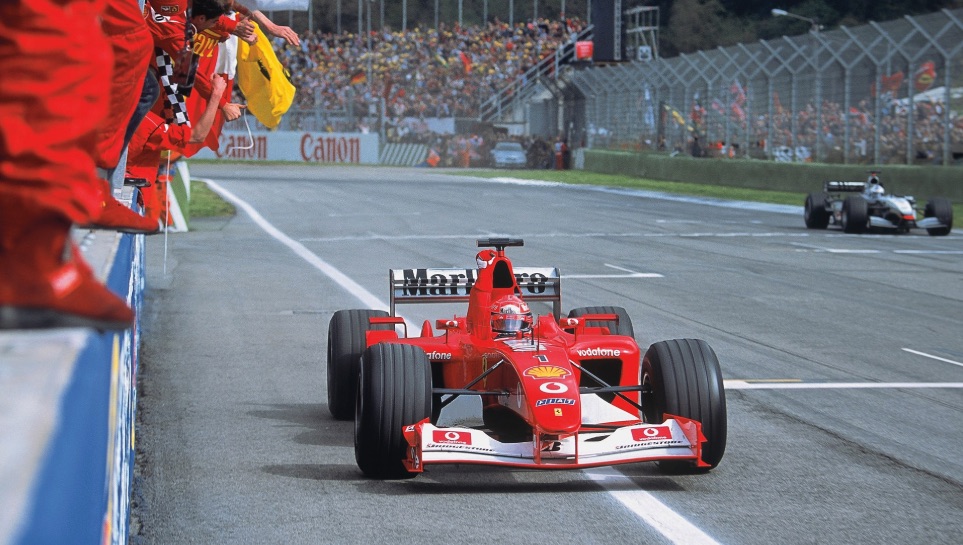 This most recent update sheds some light on Schumacher's health, but hardly clears up the racer's overall condition. Still, it's encouraging nonetheless. The story also notes that, after the accident, doctors at Grenoble hospital in France removed blood clots from Schumacher's brain, but they couldn't get to others.

Schumacher turned 50 years old this year, and to celebrate, Ferrari launched a special exhibition for fans to explore the F1 star's career with the racing team. His family also released an official Schumacher app, and three years ago, started the "Keep Fighting" initiative. The organization began to spread words of encouragement for Schumacher, as well as anyone else in need of inspiration.

Schumacher remains the most decorated F1 driver to date with 91 Grand Prix wins and seven championship titles. Six of the titles were for Ferrari between 1996 and 2006. His son, Mick Schumacher, has largely followed in his father's footsteps. Mick currently races in Formula Two and is part of the Ferrari Driver's Academy.