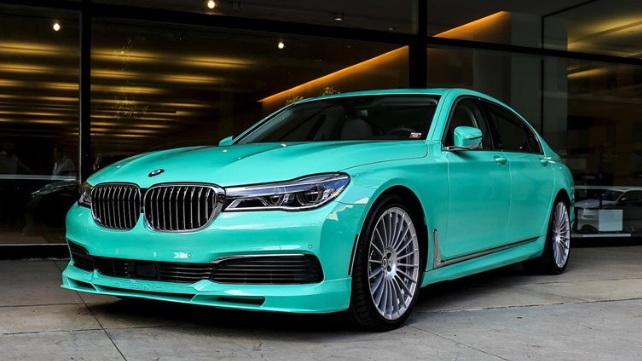 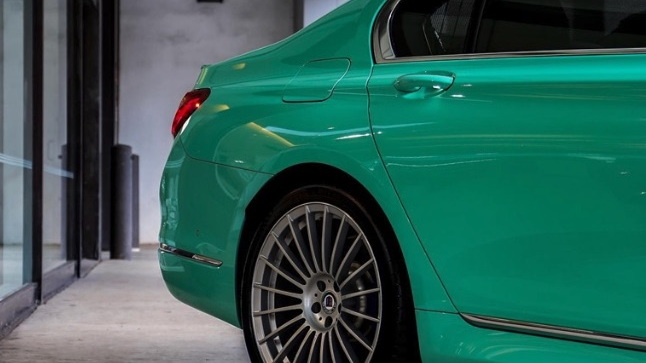 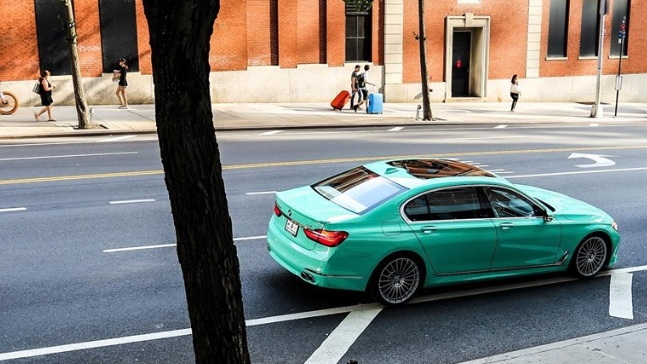 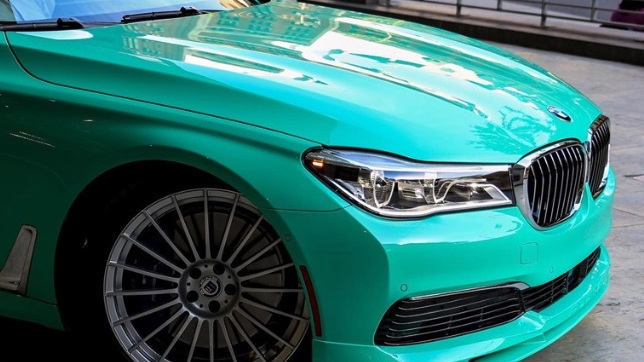 Like your favorite tube of toothpaste, this Alpina B7 is minty fresh.

Motor1 first reported on photos Alpina posted to its official Facebook page last week that show its latest one-off creation hitting the streets in the U.S. It's a standard B7 sedan, based on the BMW 7-Series, but as you can see, the color is wildly different. The company appropriately called it Mint Green. We don't have photos of the interior but the company said it's finished in white Merino leather, which also keeps with the toothpaste theme.

Alpina B7 in Mint Green

BMW of Manhattan delivered the car to the mystery owner and said to look for the car in the Hamptons this summer. Surely, it will stand out there with this bright hue.

This isn't the 2020 B7, however. Instead, this car is based on the pre-facelifted 7-Series, for better or worse. That depends on where you stand on the 7-Series' enlarged kidney grille. We happen to think the 2020 B7 pulls it off quite nicely, especially with a darker hue to detract from some of the car's polarizing design elements from the factory. This would not be that hue.

Alpina B7 in Mint Green

This pre-facelift car is no slouch, though. Alpina massages the standard twin-turbo 4.4-liter V-8 to make 600 horsepower and 590 pound-feet of torque. Combined with the car's improved 8-speed transmission, tweaked xDrive all-wheel-drive system, and swankier interior, we had no problems calling the 2017 B7 a better BMW.

New York residents won't have trouble spotting this particular car. It's hard to miss with the beaming Mint Green hue. Snap a photo or two; it's sure to keep the Instagram feed fresh.