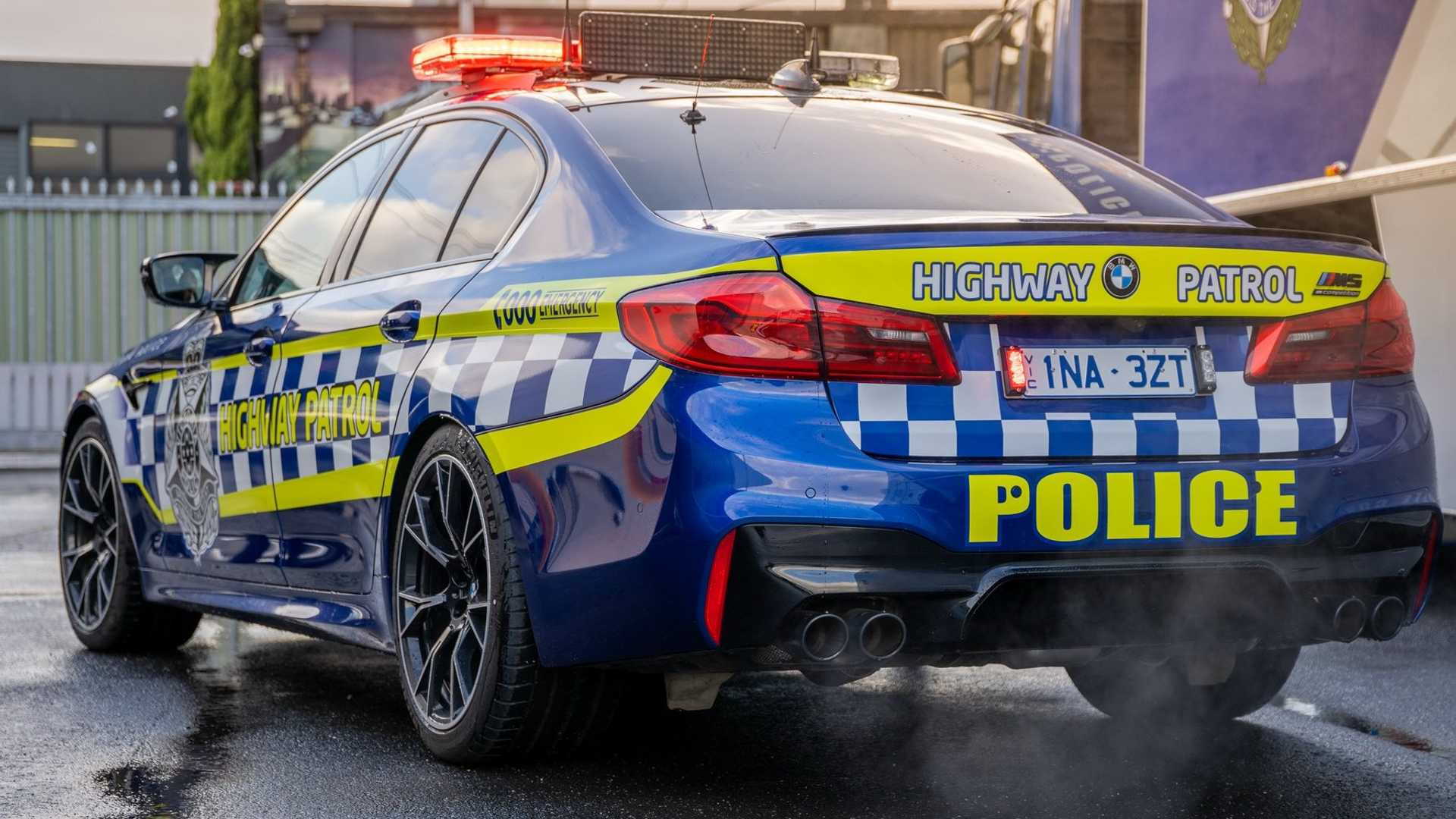 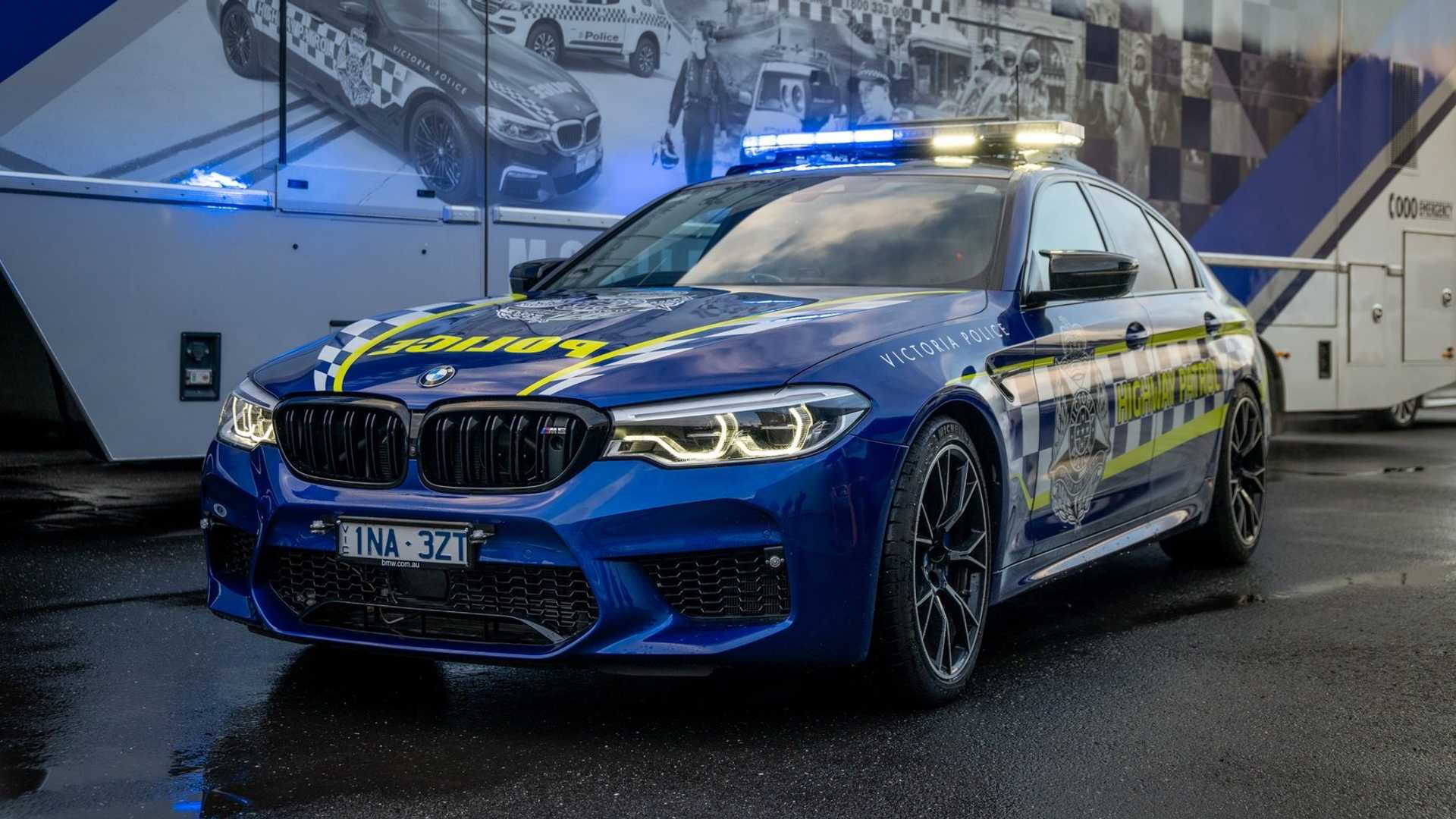 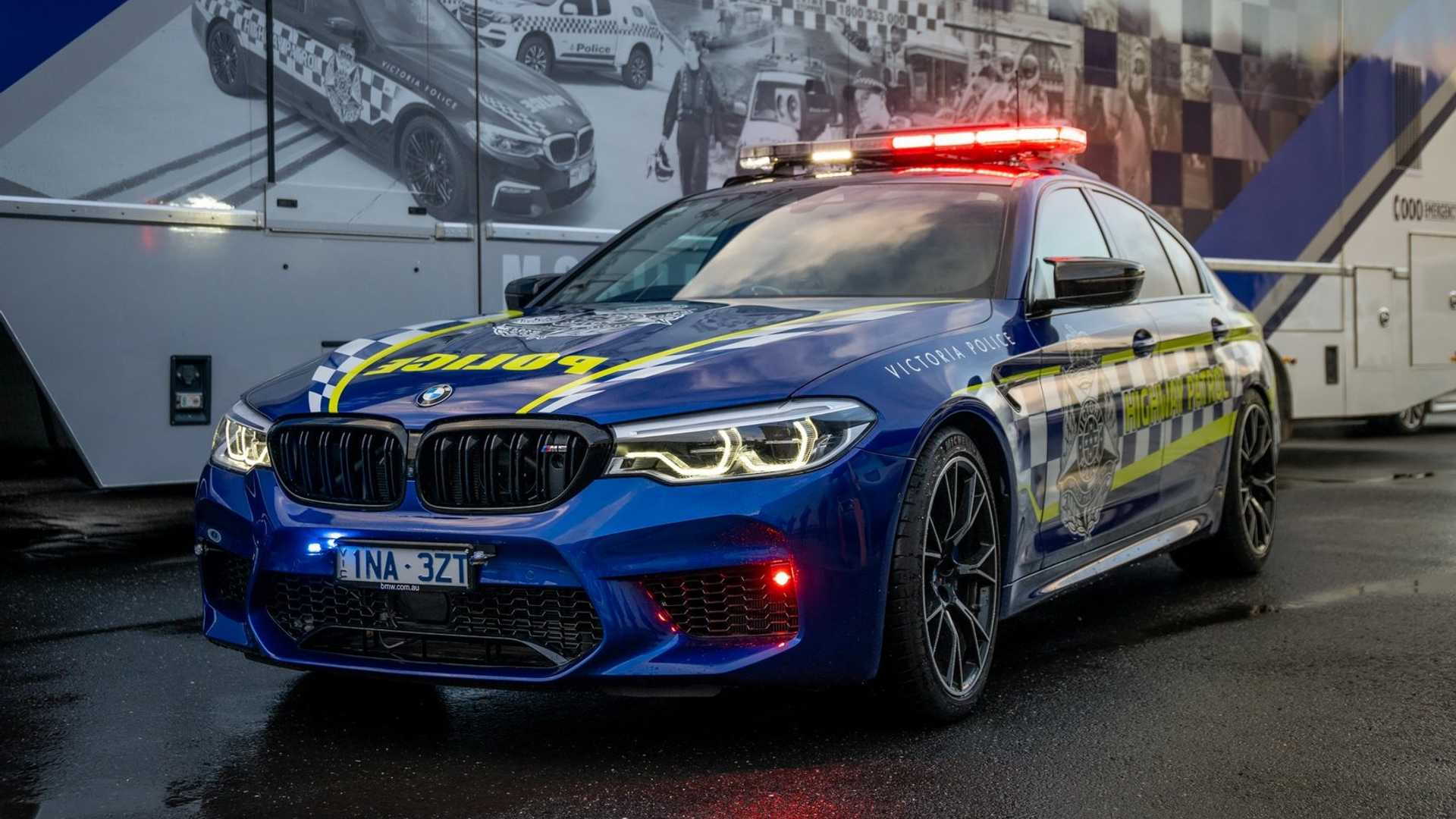 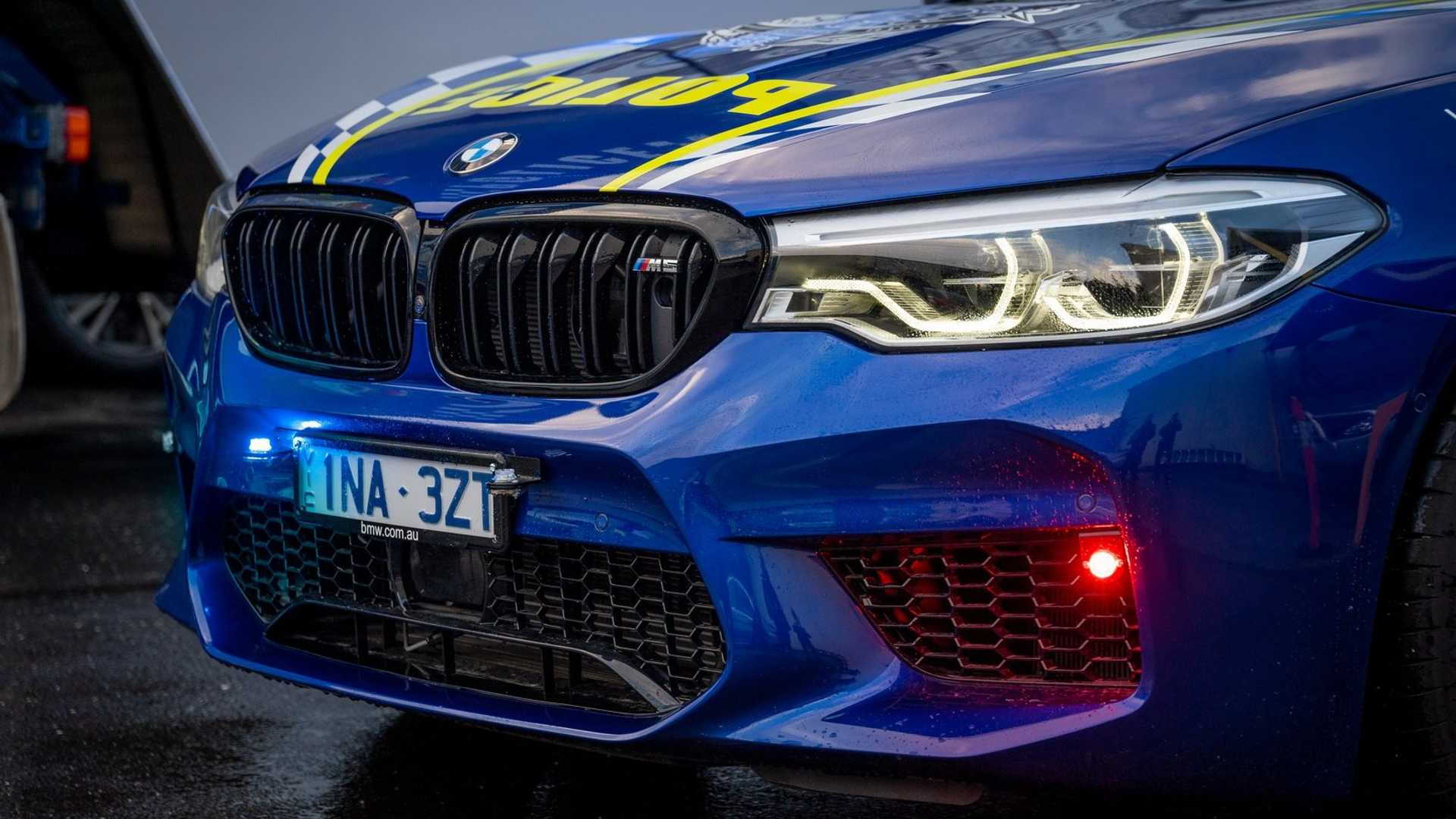 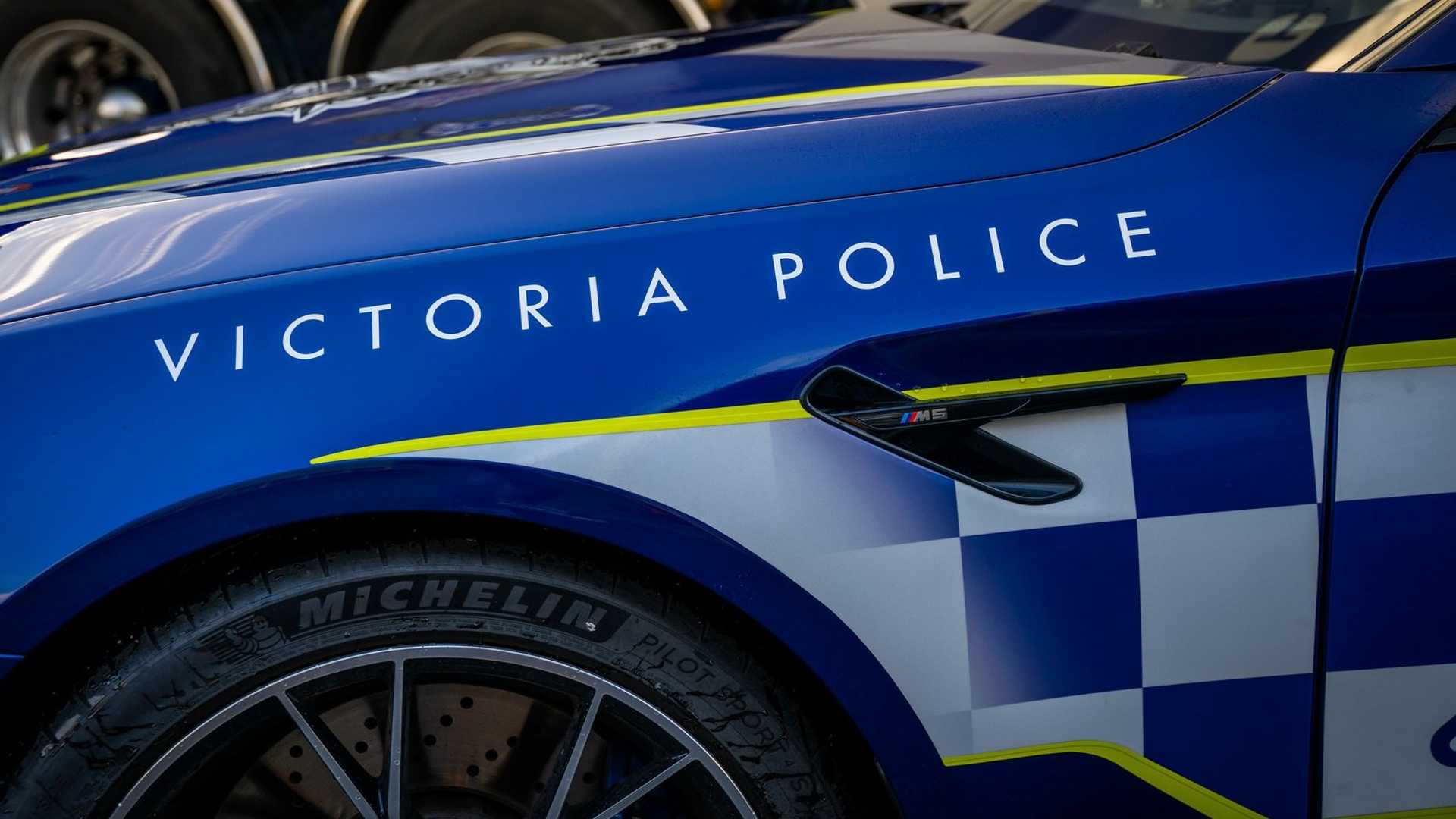 Australian police departments like to play with different toys. Following a slew of atypical vehicles that earned their stripes for police duty, now comes the BMW M5 Competition.

Not only did the Victoria Highway Patrol score an M5, the department strapped a light bar atop an M5 Competition, which ups the ante to 617 horsepower compared to the regular sport sedan's 600 hp. Torque remains the same at 553 pound-feet from the twin-turbo 4.4-liter V-8. In the process, the M5 Competition is now the fastest police car in Australia with a 190-mph top speed. Should an officer gun it from a stop to catch up to speeders, 0-62 mph arrives in 3.3 seconds. Really, there's not much use in trying to evade an Aussie cop in this beast.

The local department didn't actually purchase the car for police use, however. Instead, BMW Group Australia has loaned the car to the Victoria Highway Patrol. The province currently runs BMW 530d police cars, but the German brand said the M5 Competition helps officers jump "up the performance scale." Combined with all-wheel drive, the sport sedan is a "natural fit" for police duties, BMW added in its announcement.

Travel across Australia and you may encounter other oddball police cruisers. Save for the typical bunch of Holden Commodores and perhaps a few remaining Ford Falcons, New South Wales has a Honda Civic Type R cruiser and Victoria also runs a Tesla Model X patrol car. The Chrysler 300 SRT and Kia Stinger are also popular police car choices Down Under.

Victoria locals will need to watch out for the 617-hp police cruiser for the next year. That's when the loan is up, but with the department's track record, something else just as powerful could replace the M5.