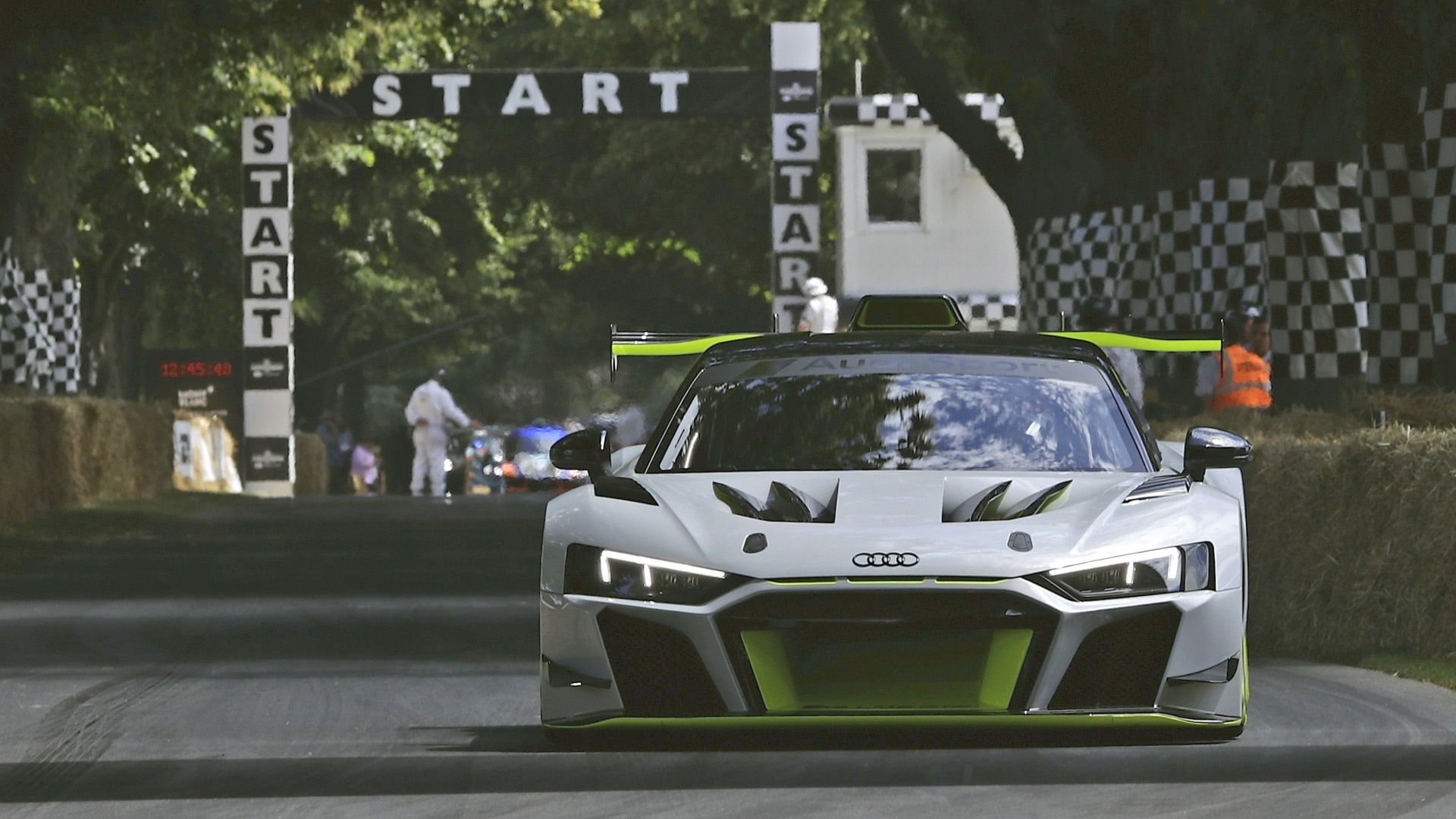 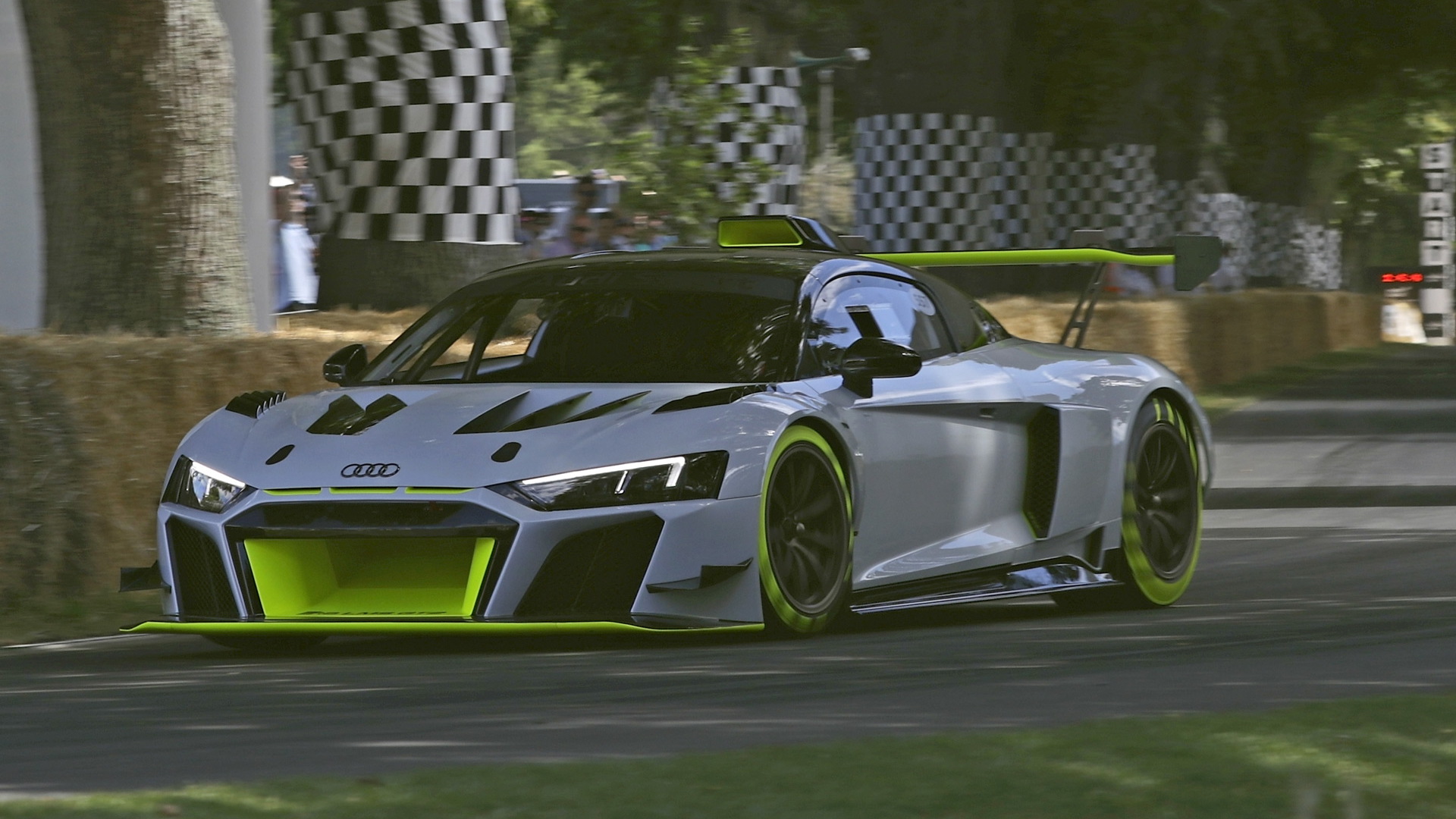 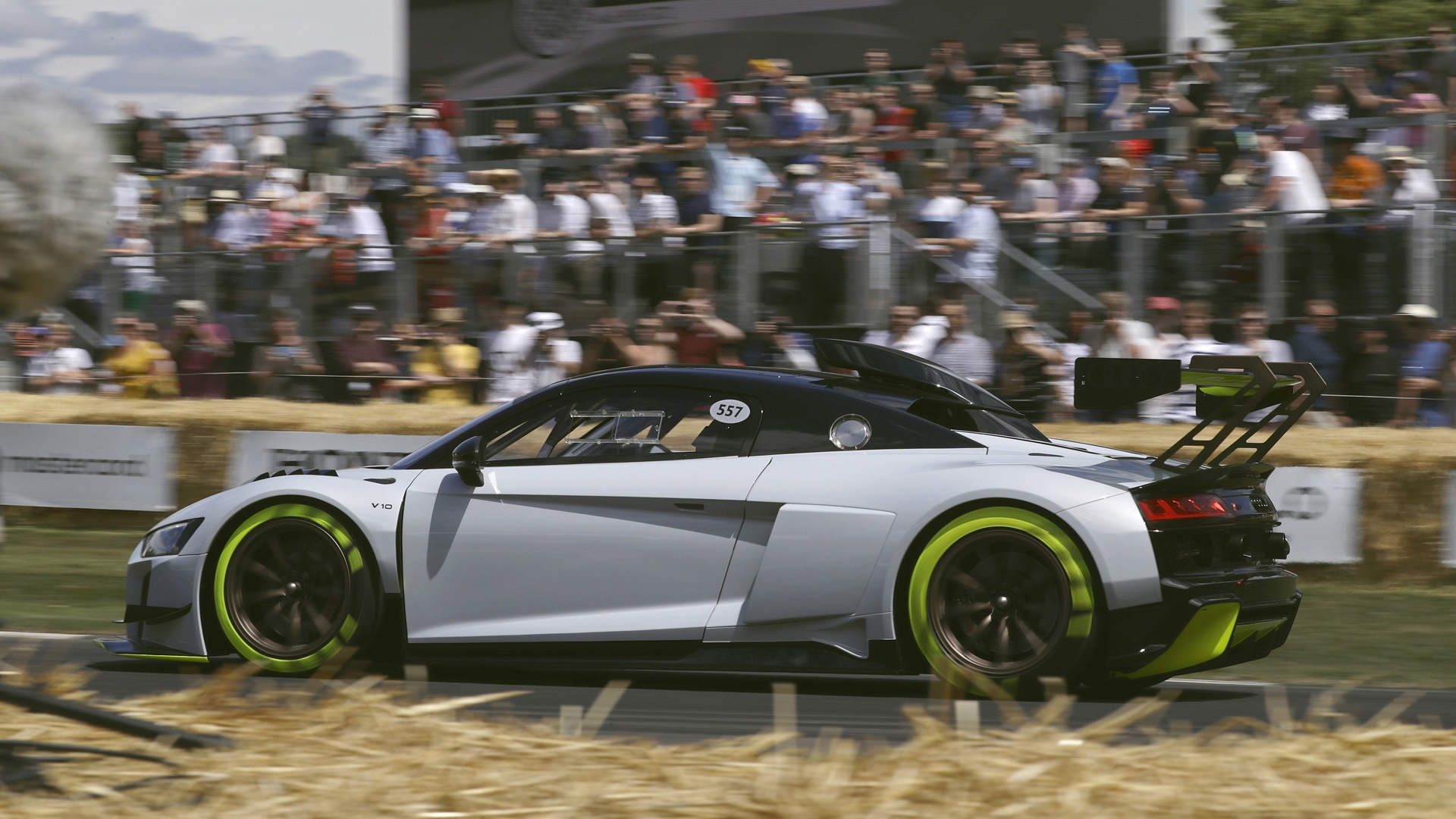 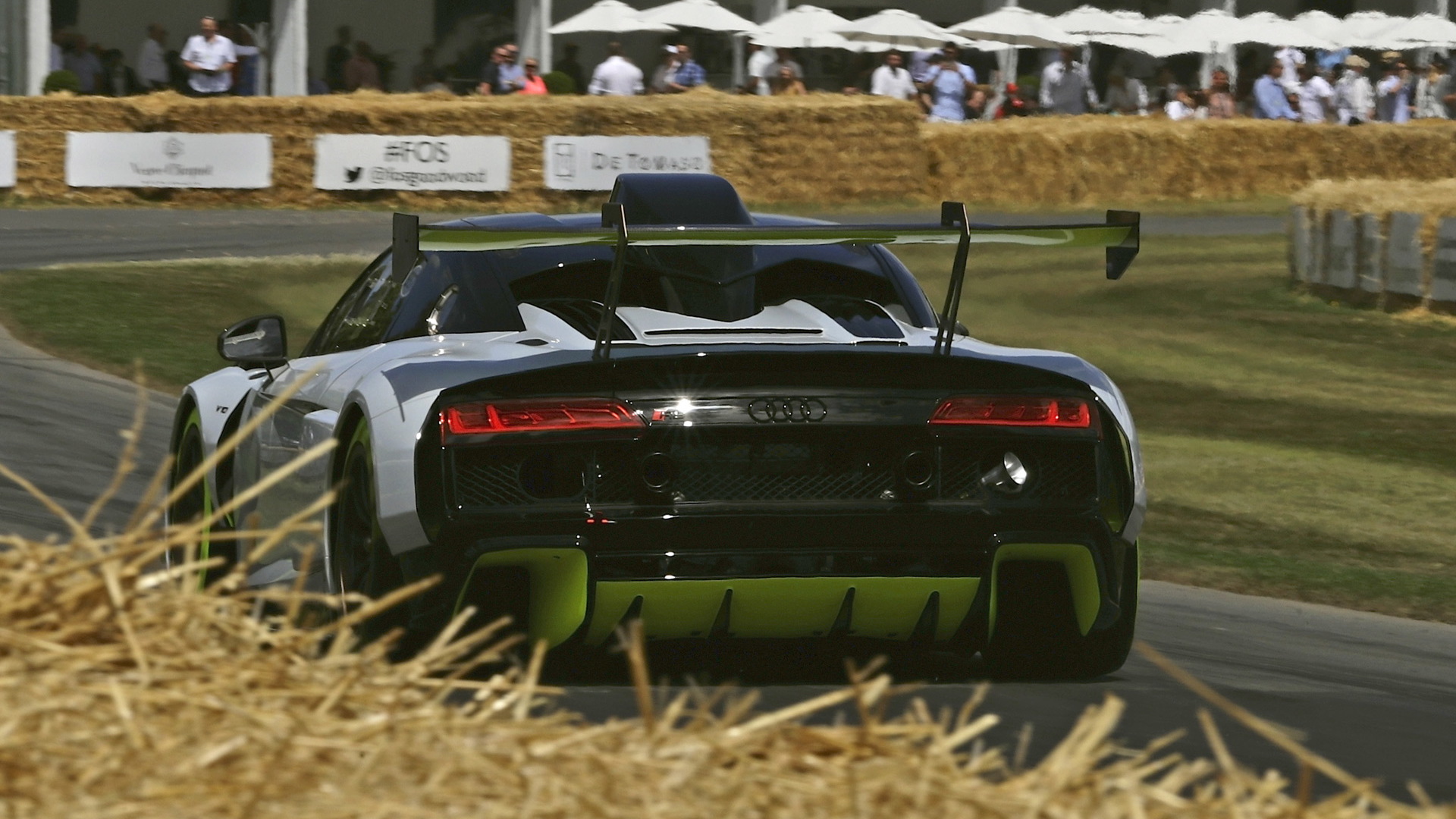 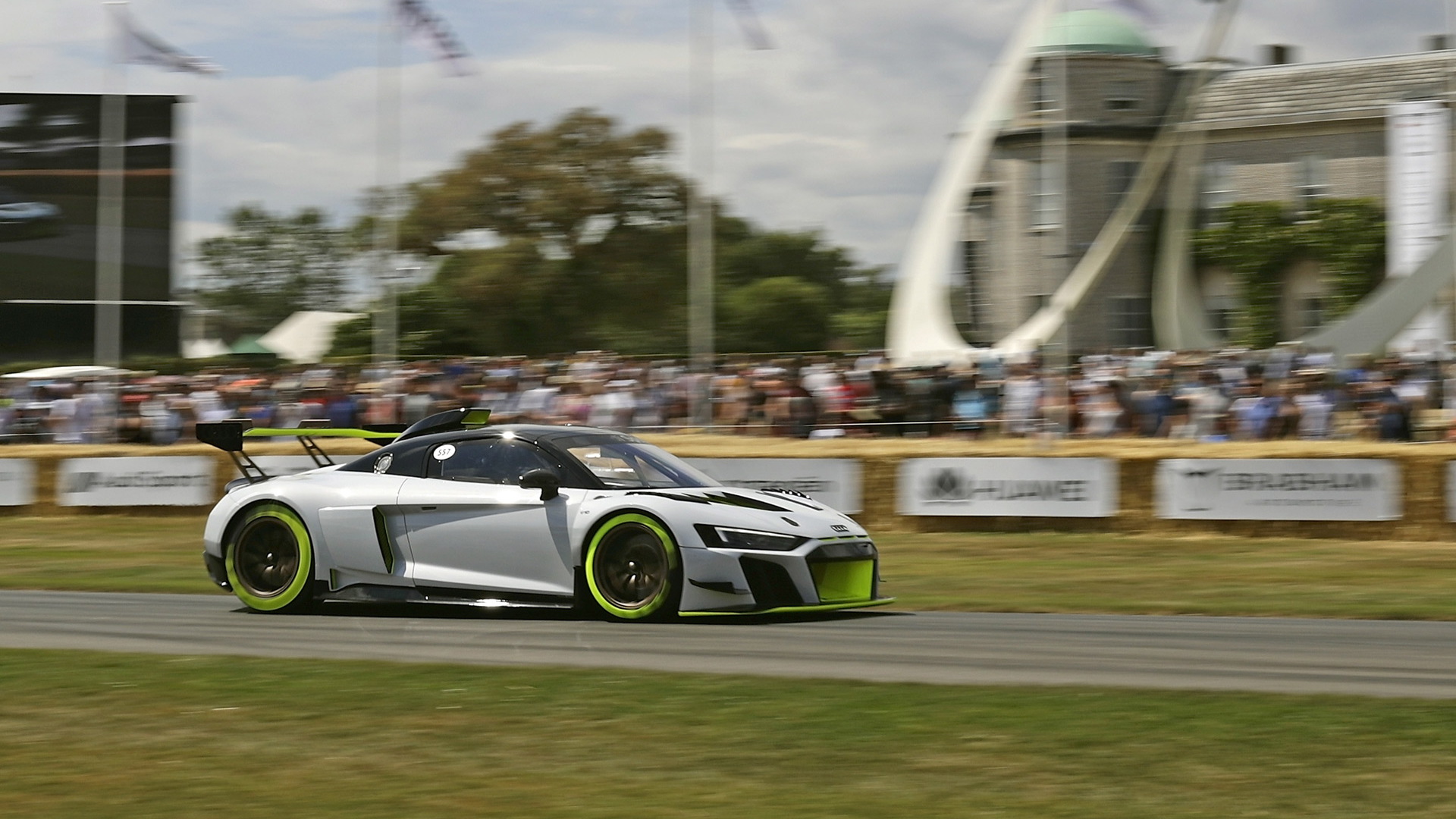 Audi used the past week's 2019 Goodwood Festival of Speed for the debut of the new R8 LMS GT2 race car.

It's officially a concept, but it previews Audi's contender for a revived GT2 series organized by SRO that starts racing in 2020, in Europe and North America.

The series is aimed at amateur drivers and designed to fill the wide gap between current GT4 and GT3 series, the latter of which has become extremely expensive in recent years and dominated by professional teams, making it difficult for amateurs to compete.

Cars developed for the new GT2 series put more of an emphasis on straight-line speed, and as such they have the most power of all the GT classes. In the case of the R8 LMS GT2, peak power is derived from the R8 road car's V-10 and registers at 640 horsepower.

The car is actually based on the R8 Spyder, whose open-top body is necessary to fit the roll cage. Carbon fiber-reinforced plastic fills in for many of the panels to help keep weight down, resulting in a dry weight of just under 3,000 pounds, or 220 pounds less than the GT4 version of the R8.

For the chassis, Audi has tweaked the suspension and brake bits, installing new hub carriers and wishbones combined with brake calipers borrowed from the GT3 up front and from the GT4 at the rear. The electrical architecture has also been upgraded to allow for 4-level adjustment, with teams able to tweak the ABS, traction control and electronic stability control.

For safety of the driver, Audi has installed an FIA-spec 6-point harness, safety nets, a fire extinguisher, and a roof-mounted rescue hatch. A camera-based digital rearview mirror has also been installed due to the rearward view being blocked out by the massive roof-mounted intake.