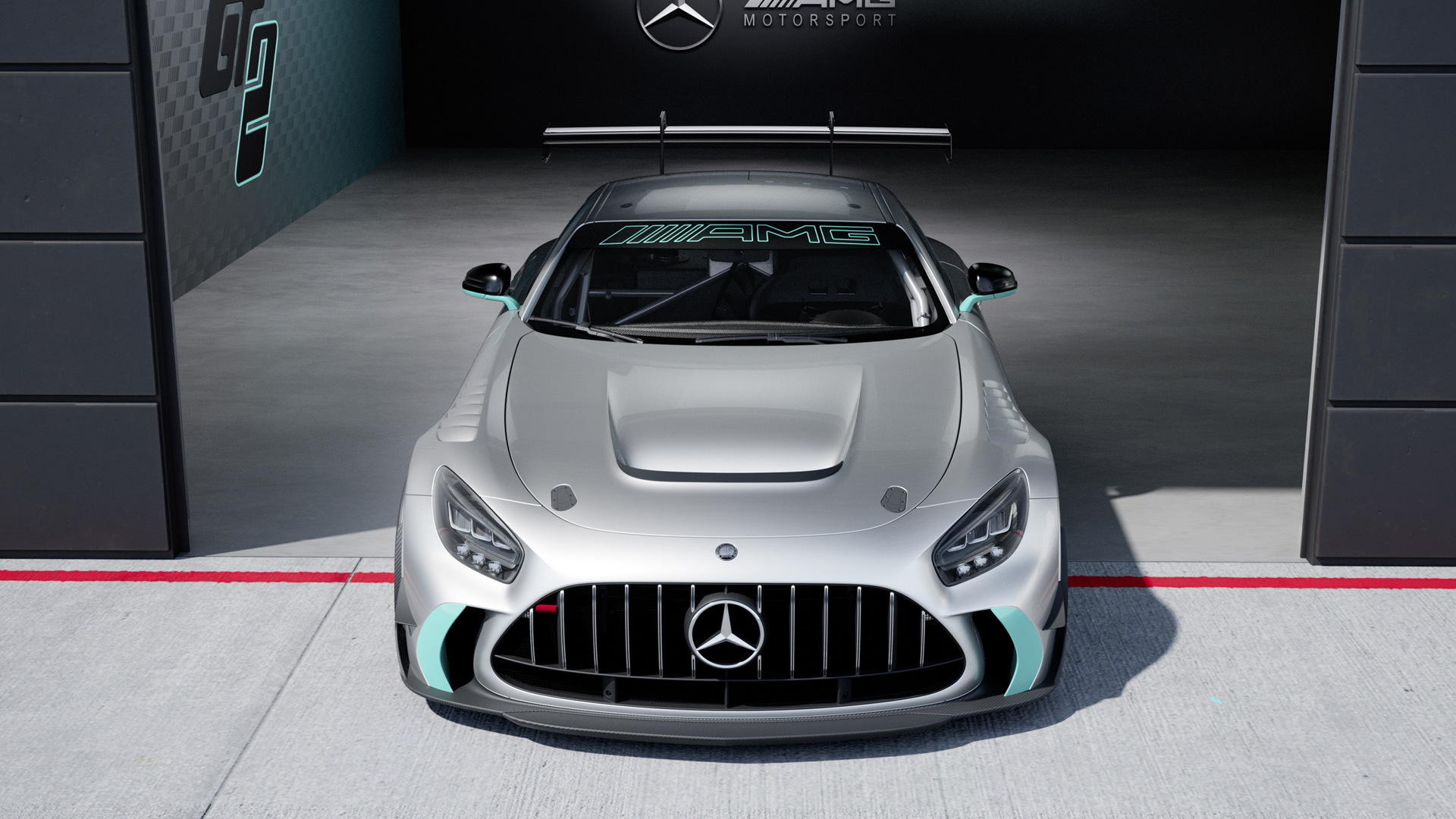 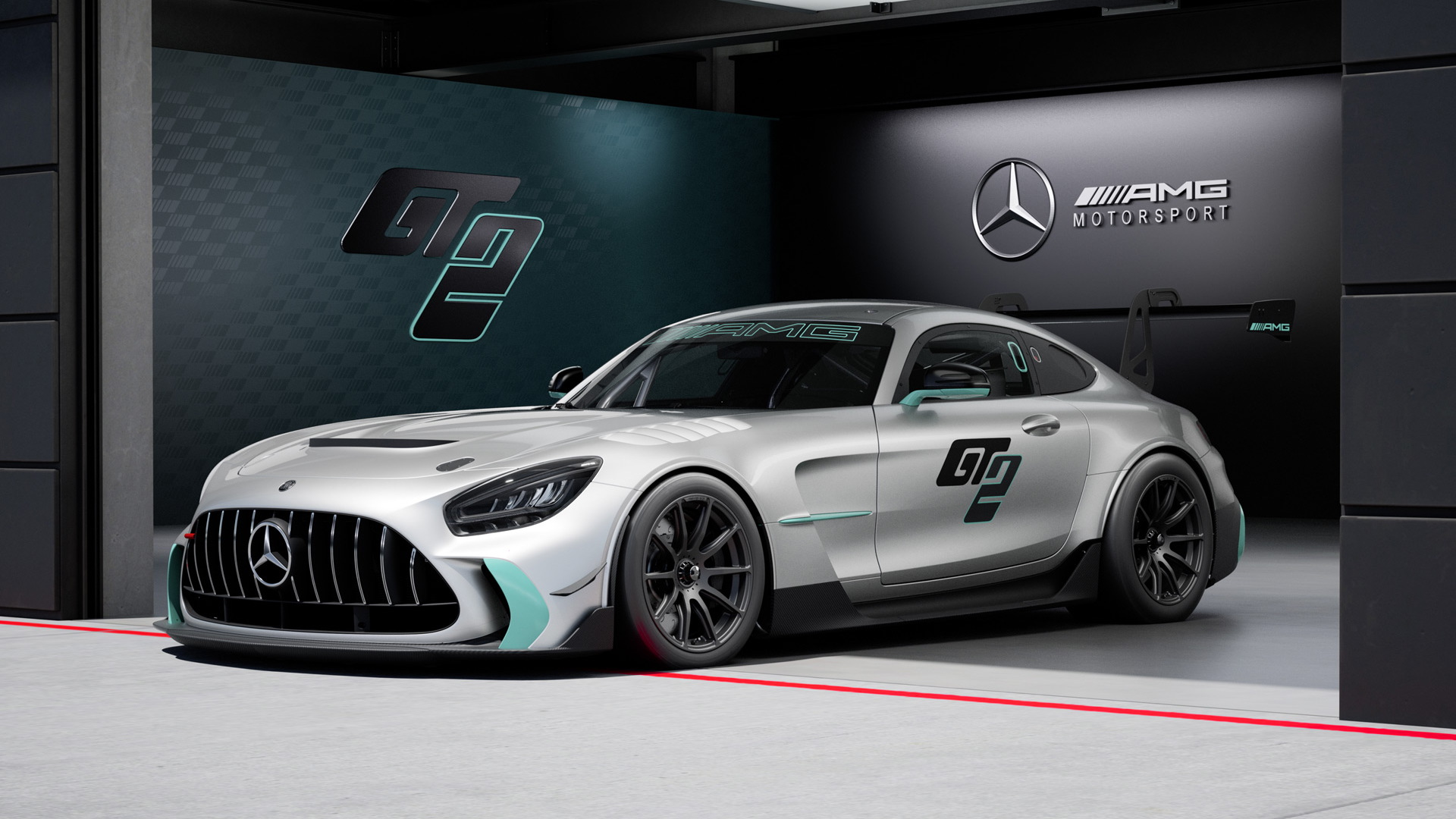 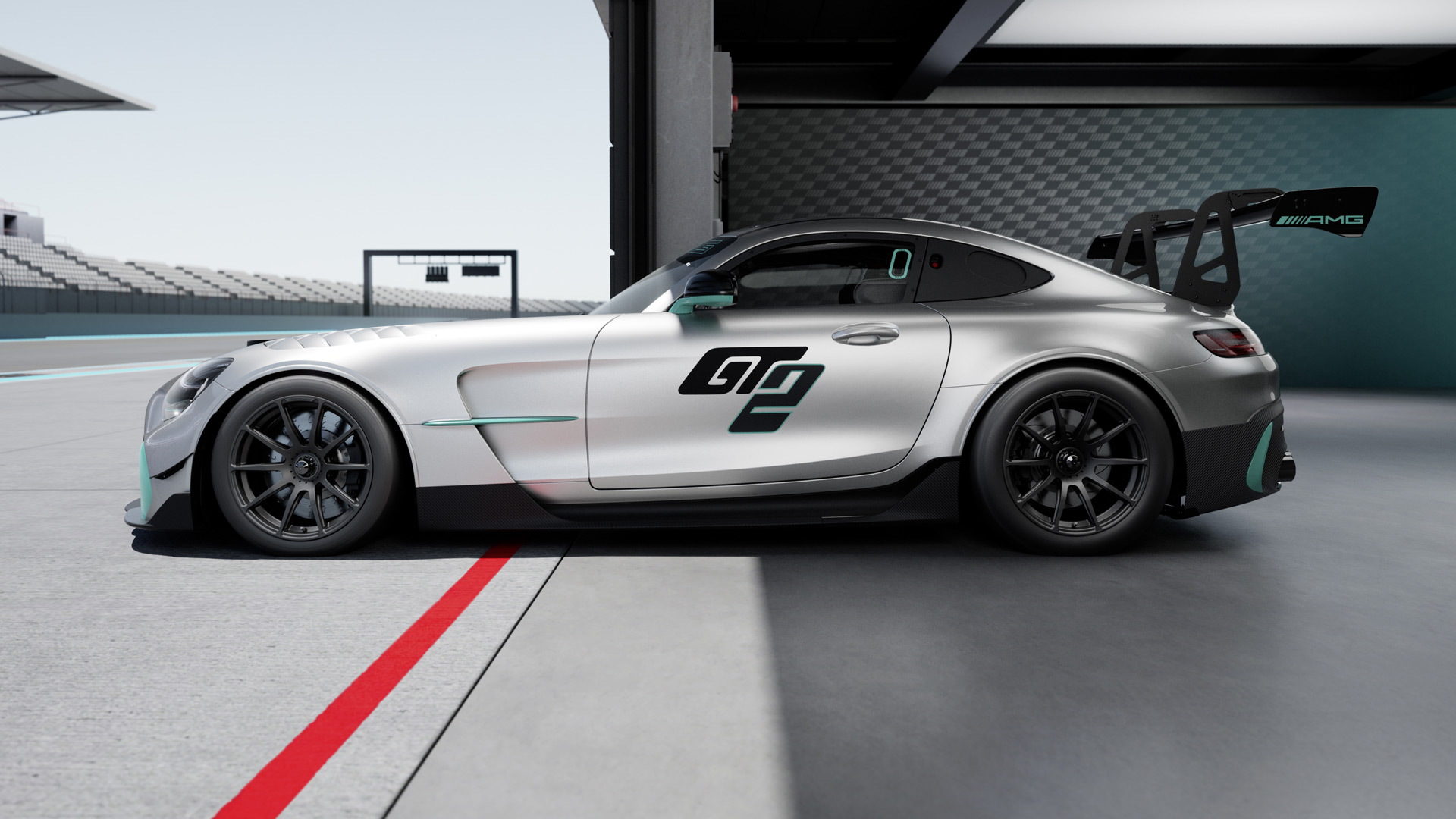 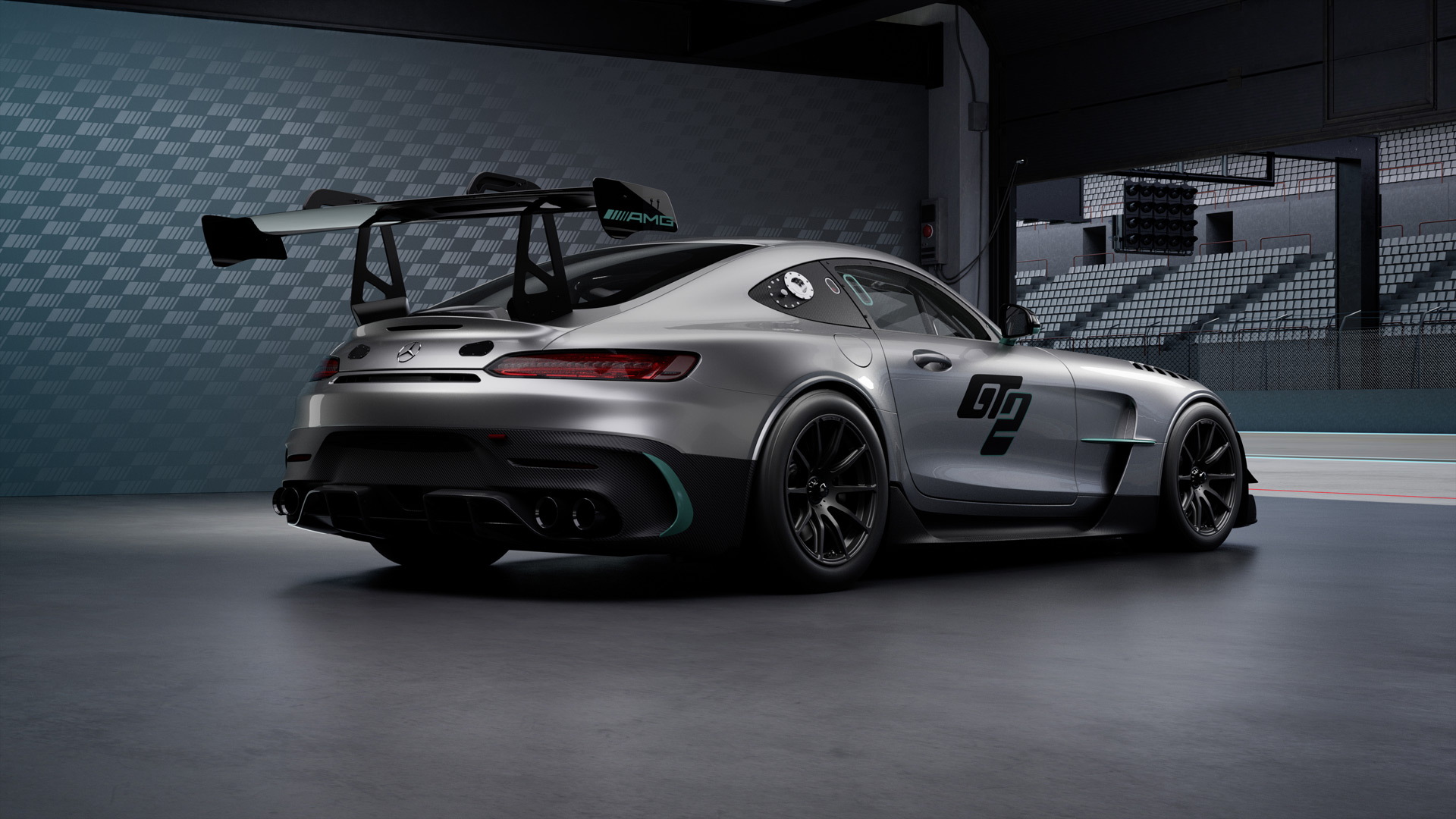 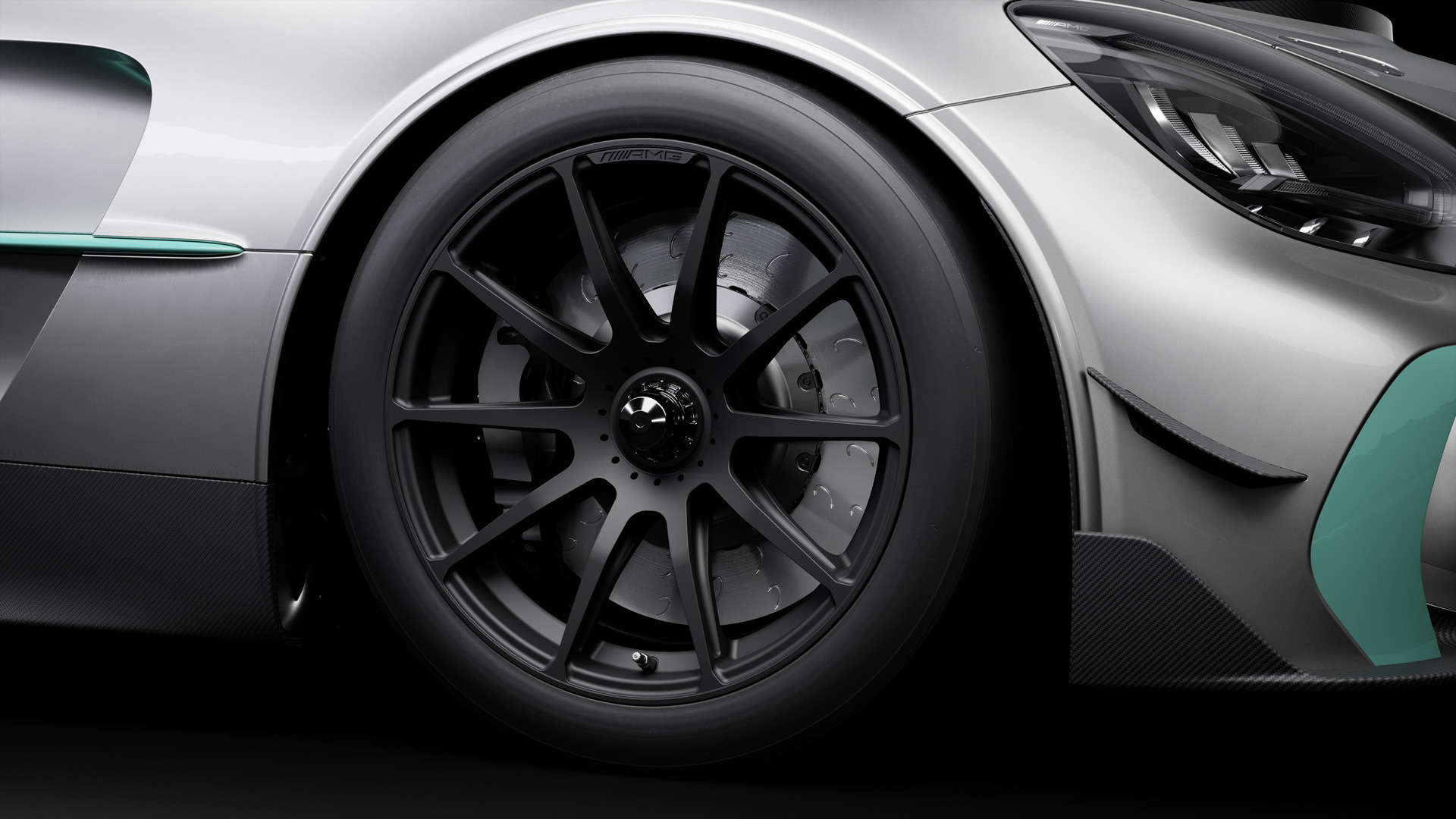 The Mercedes-Benz AMG GT is soon to be redesigned, but the current generation of the V-8 sports car still has plenty of life left in it.

AMG on Thursday revealed a new GT2 racing version of the GT that will be made available to customer teams in time for the 2023 motorsports season.

The car will be aimed primarily at teams competing in the SRO-sanctioned GT2 European Series, which has its highlight at the 24 Hours of Spa, and it joins existing GT3 and GT4 race cars based on AMG's GT platform. Like those other race cars, the GT2 will come with full technical support from HWA, a Mercedes motorsports partner.

Power comes from AMG's familiar twin-turbo 4.0-liter V-8. The version of the engine in the GT2 is most closely related to the one in AMG's GT Black Series, as it features a flat-plane crankshaft, just like the road car.

A 6-speed sequential-shift transmission is mounted at the rear as a transaxle, and it features a mechanical and adjustable self-locking differential. The dampers and anti-roll bars are also adjustable, and have been designed for motorsports, AMG said.

AMG is holding back additional specs as the GT2 is still undergoing testing. The Affalterbach-based company also hasn't mentioned a price.