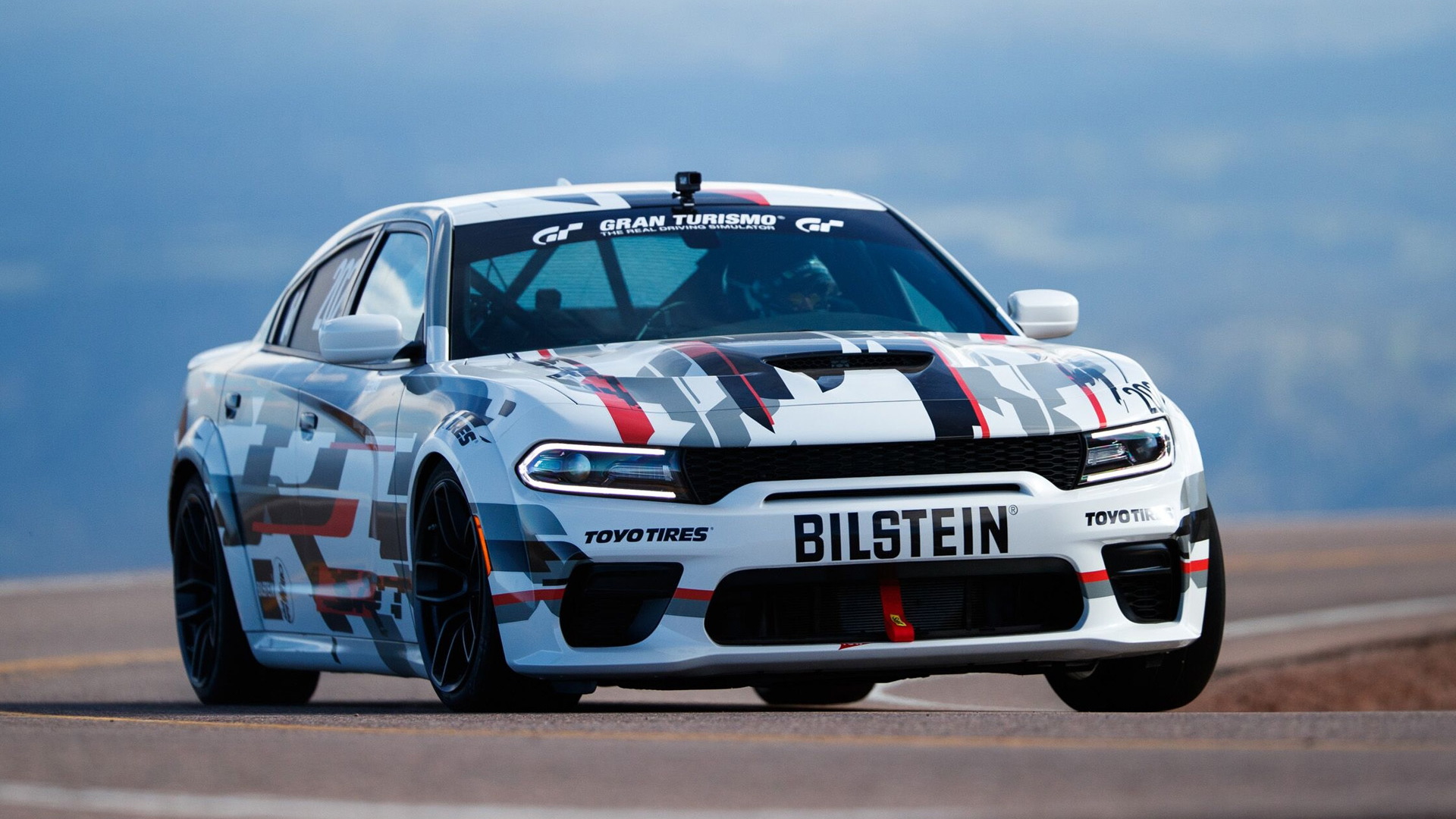 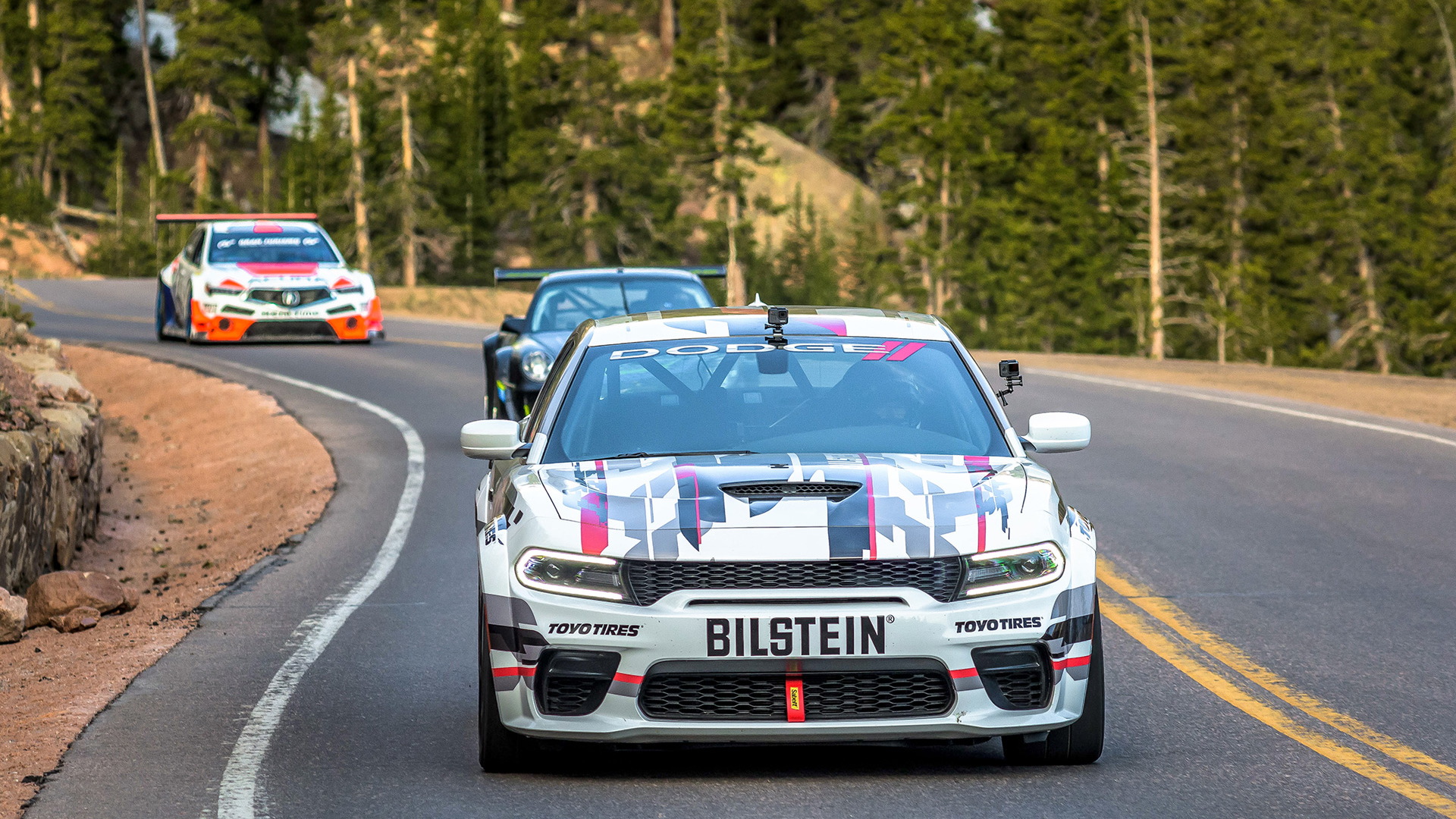 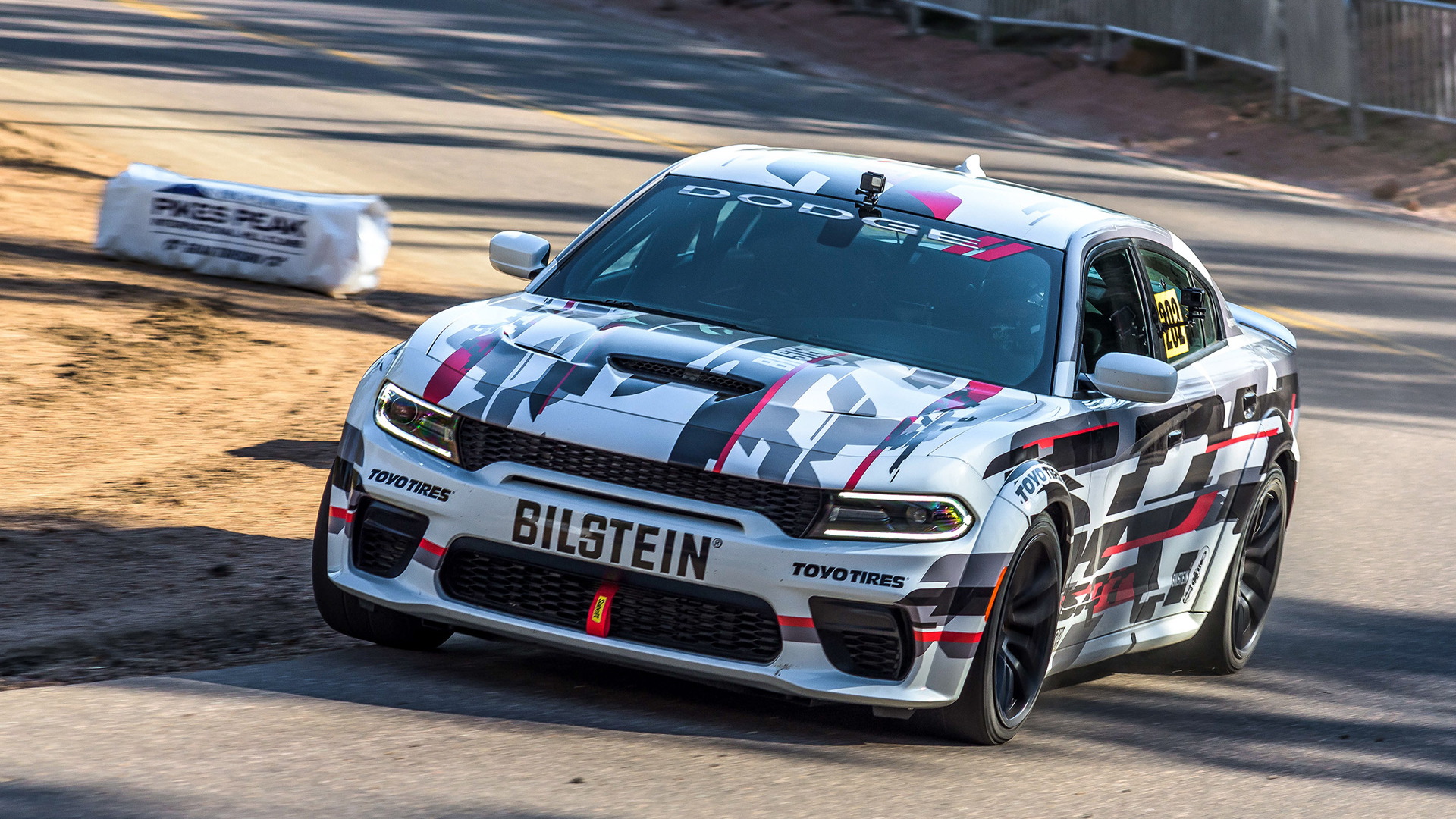 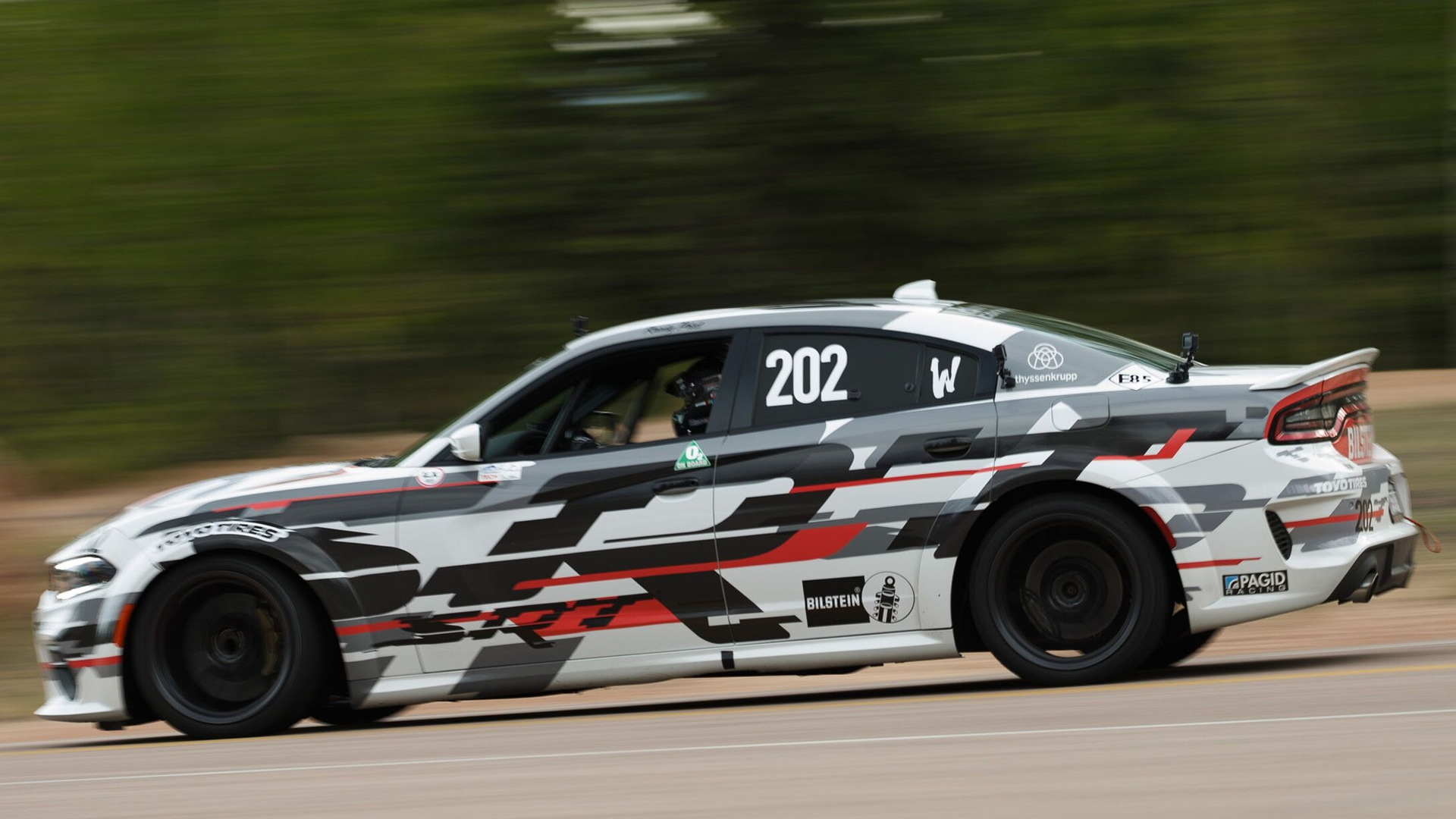 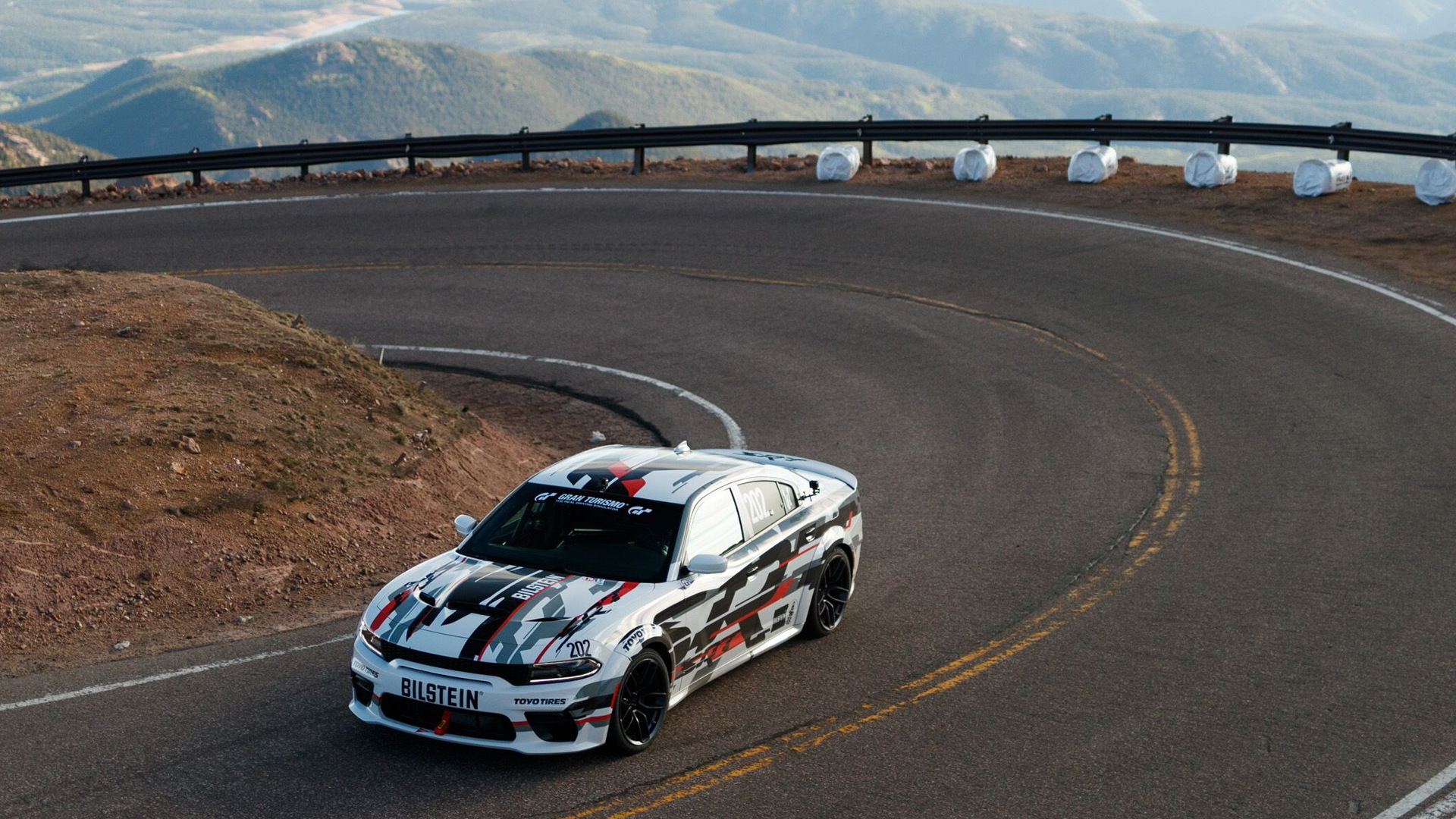 Hot on the heels of Thursday's reveal of the new 2020 Dodge Charger Widebody comes confirmation that a previously revealed concept of the car, based on the Charger SRT Hellcat Widebody, will take on the 2019 Pikes Peak International Hill Climb on June 30.

The concept is the same car shown in March during the Spring Fest Mopar gathering in California. It will be driven in Pikes Peak's Exhibition class, with Randy Pobst hopping behind the wheel.

A number of modifications have been made to ensure it can handle the challenges of Pikes Peak. A priority is the customized engine calibration aimed at maintaining performance in the thin air close to the summit. Remember, the race starts at 9,390 feet and the air gets substantially thinner as you move up to the finish line at 14,115 feet.

The engine is the Hellcat's familiar 6.2-liter supercharged V-8, which is rated at 707 horsepower and 650 pound-feet of torque. It's also been fitted with a race-spec exhaust for the run, while the for safety, the car has been fitted with an FIA-spec roll cage, racing seat and a fuel cell replacing the production fuel tank.

Otherwise, the car largely matches the stock Charger SRT Hellcat Widebody that's due to hit dealerships in early 2020. There will also be a tamer Charger Scat Pack Widebody, which offers customers a 6.4-liter V-8 good for 485 hp and 475 lb-ft.

Note, the Charger won't be the only wide-body Dodge racing to the clouds this year. Joining it will be a Challenger SRT Hellcat Redeye Widebody race car. Kevin Wesley of Wesley Motorsports will drive the Challenger in the Time Attack 1 class. It will be his third Pikes Peak and second time in the Challenger SRT Hellcat Redeye Widebody; he ran the car last year but only finished 11th in class due to mechanical issues.