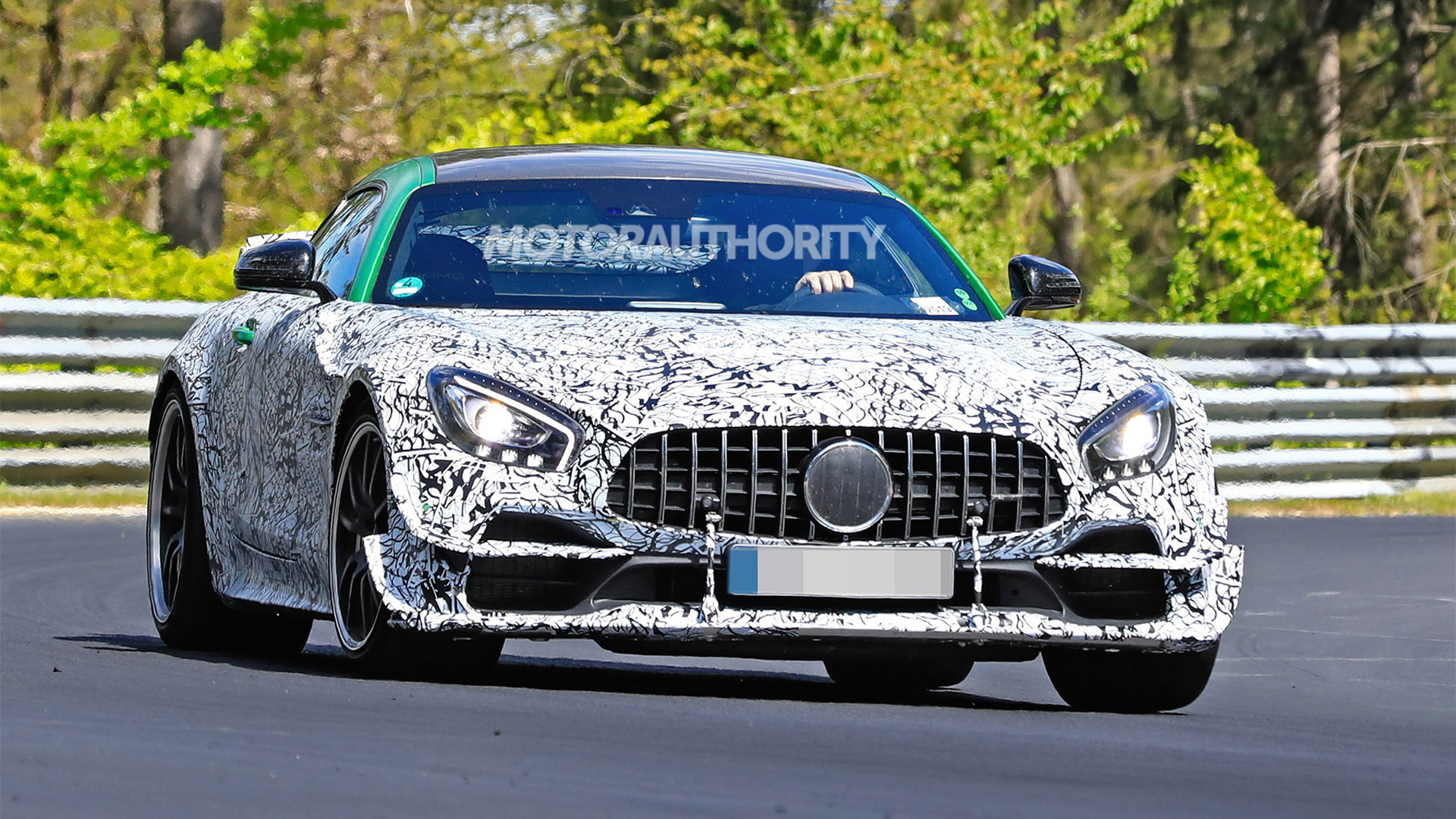 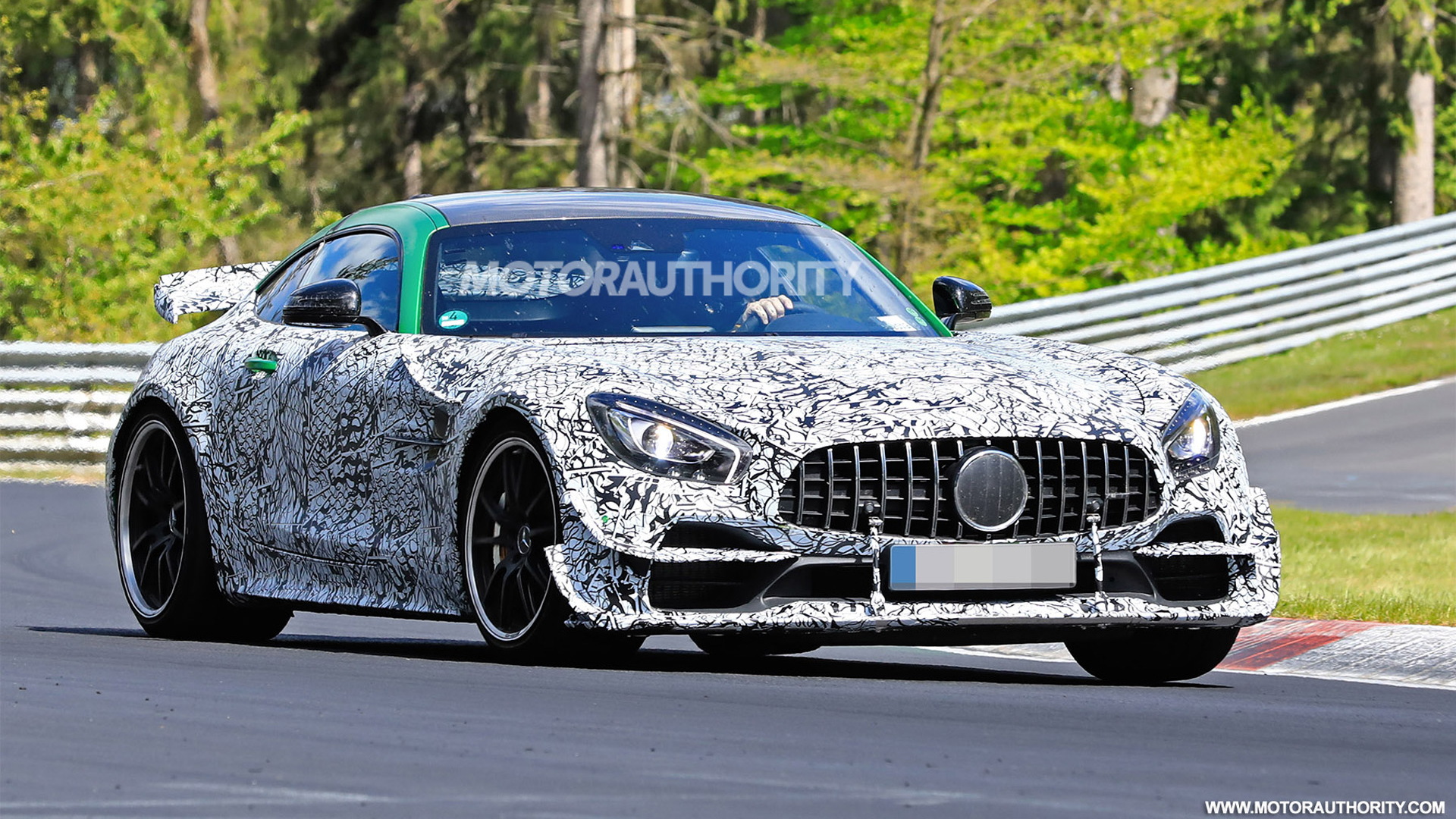 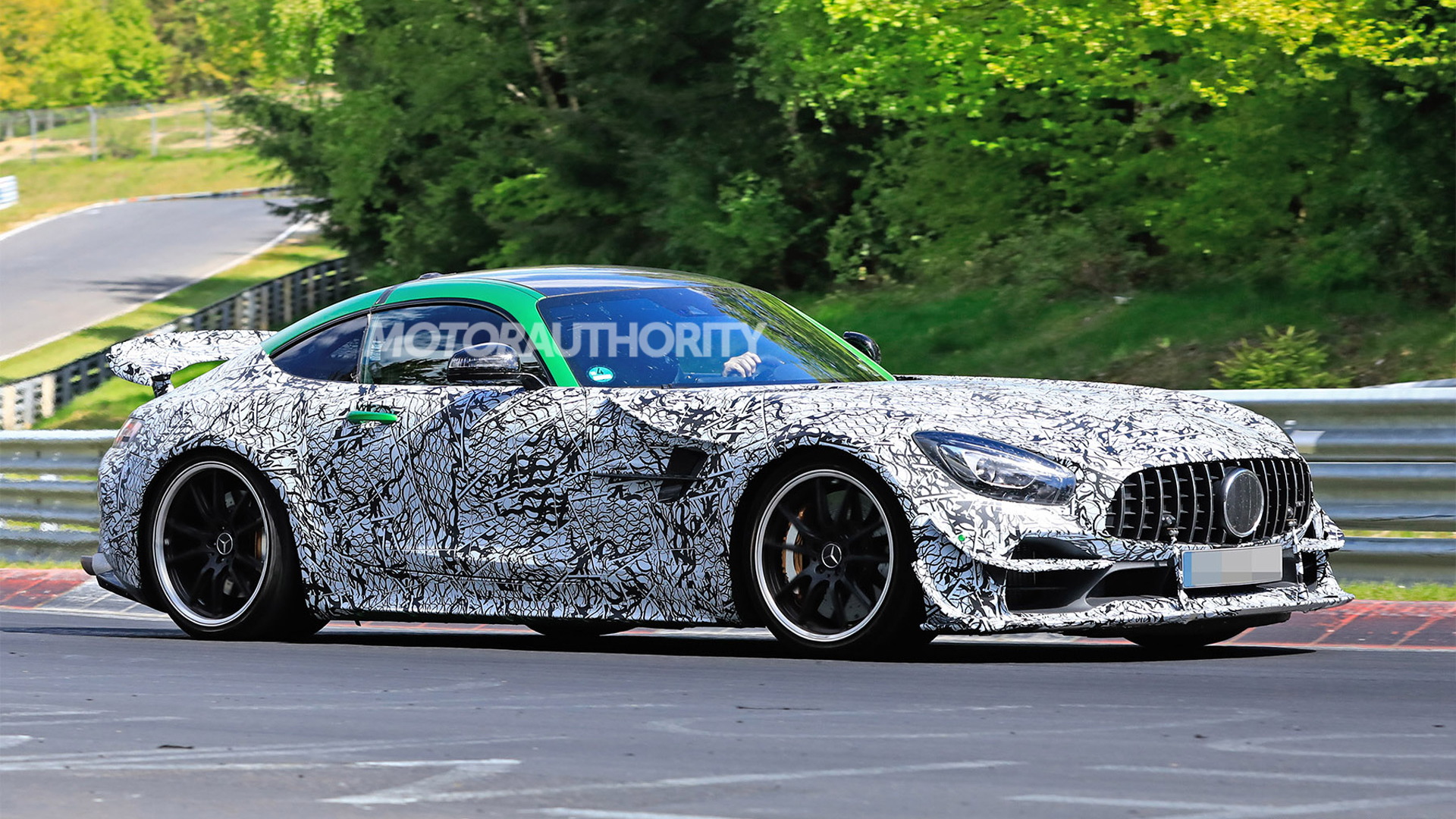 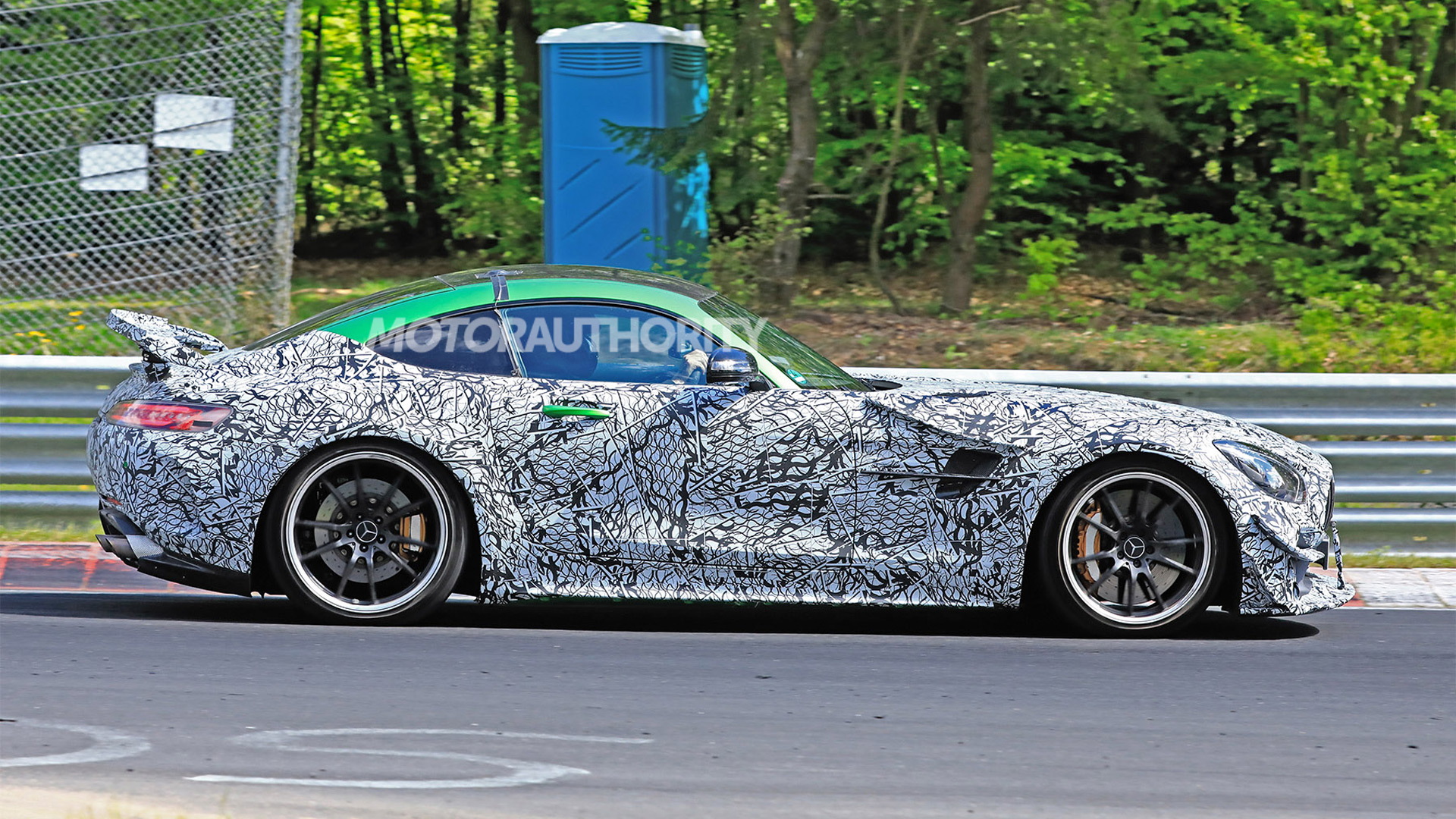 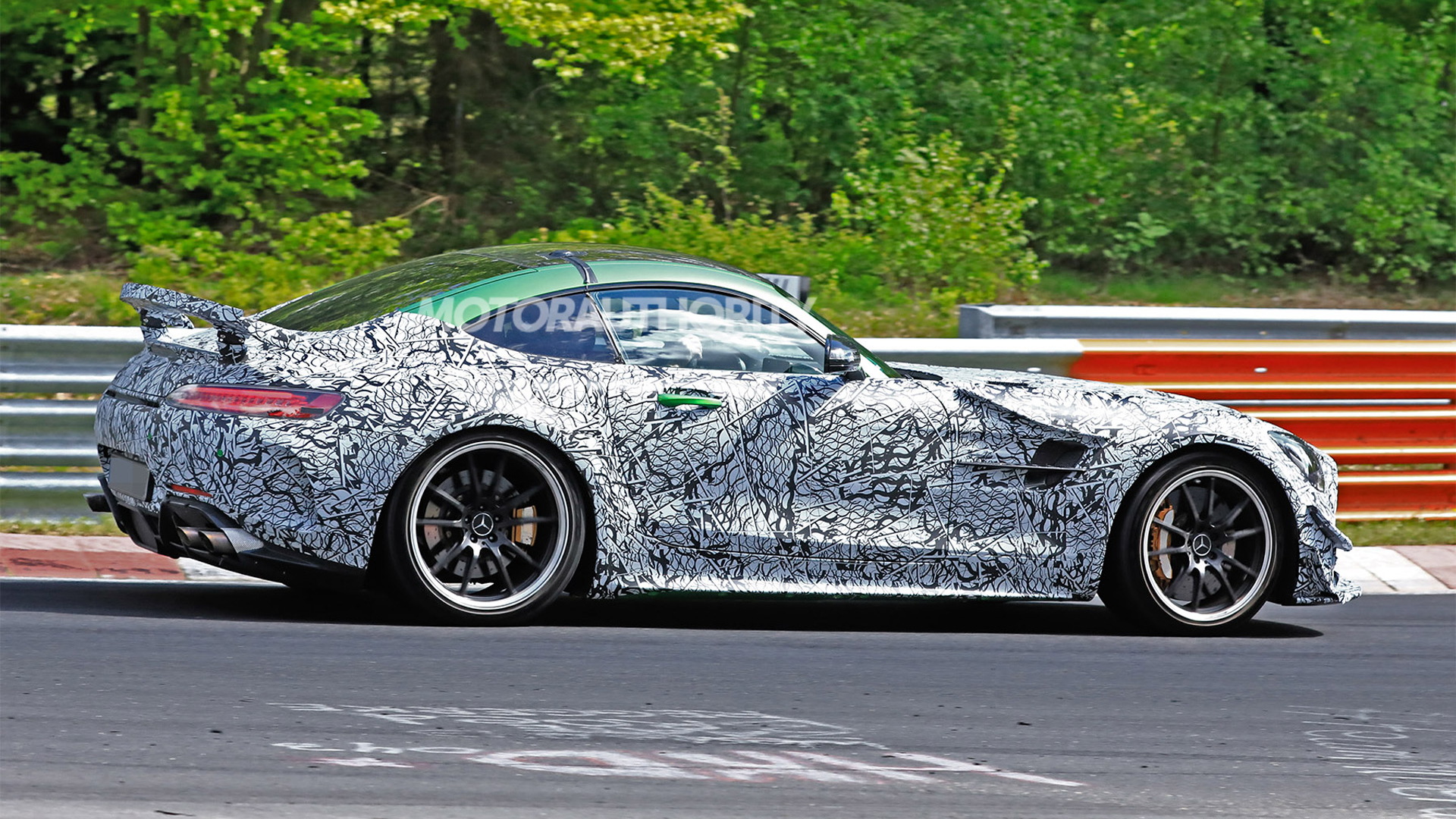 Mercedes-AMG only unveiled the new GT R Pro last fall, but the Affalterbach tuner is already working on the next rung up the performance ladder, a prototype for which has just been spotted.

The prototype is for the car everyone, including AMG, is calling the Black Series, but there are rumors it may be labeled something else.

One possibility is GT R Evo. The Evo name in this instance is derived from a potential Evo, short for Evolution, upgrade kit for AMG's GT-based GT3 race car. Unlike rivals, AMG is yet to introduce an Evo kit for the GT3, but one may be coming for the 2020 motorsport season. The new GT road car being developed here is also due out in 2020, likely as a 2021 model.

The prototype is based on the current GT R but with noticeable differences. For instance, the central exhaust pipe normally found on the GT R has been removed. Instead, there are two makeshift exhaust pipes, one on either side of the rear. Expect these to be flanking a large rear diffuser similar to the one on the GT3 race car on the final car.

It's also hard to miss the much more aggressive aerodynamic mods aimed at boosting downforce. There are the new splitters at the front and a much larger wing at the rear. We also know the tester features a roll cage and a lightweight, plexiglass rear windshield.

If we were to hazard a guess, there will be weight-saving mods and race-bred suspension, too.

While the GT3 race car runs AMG's older 6.3-liter V-8, the new GT road car will likely pack under the hood the familiar 4.0-liter twin-turbocharged V-8. There are rumors output could be dialed up to 700 horsepower, which would be insane. The GT R Pro is already one of the fastest rear-wheel-drive production cars around the ‘Ring, with a time of 7:04.63, and it only has 577 hp and 516 lb-ft of torque.

In the car’s cross hairs will be Porsche’s 911 GT2 RS. Pretty much every other 911 variant is kept in check by the GT R Pro, so we wouldn’t be surprised if the new GT road car has what it takes to tackle the flagship 911. Stay tuned.