The Tesla Model S has proven adaptable thanks to efforts to transform the electric car into various different machines. Now, we can add a recreational vehicle to that list.

The Model S-based Roamer RV is set to debut at Michigan Energy Office’s EV ride and drive, the state said last week. The creation comes from world traveler and author Travis Rabenburg, who promises the concept isn't vaporware. Specifically, the camper van creation starts with a Model S P90D and the first renderings show off its rugged enhancements. Knobbier tires and perhaps a suspension lift are part of the package. Combine the Model S P90D's 691 horsepower with some off-road credentials, and this could be a neat machine. 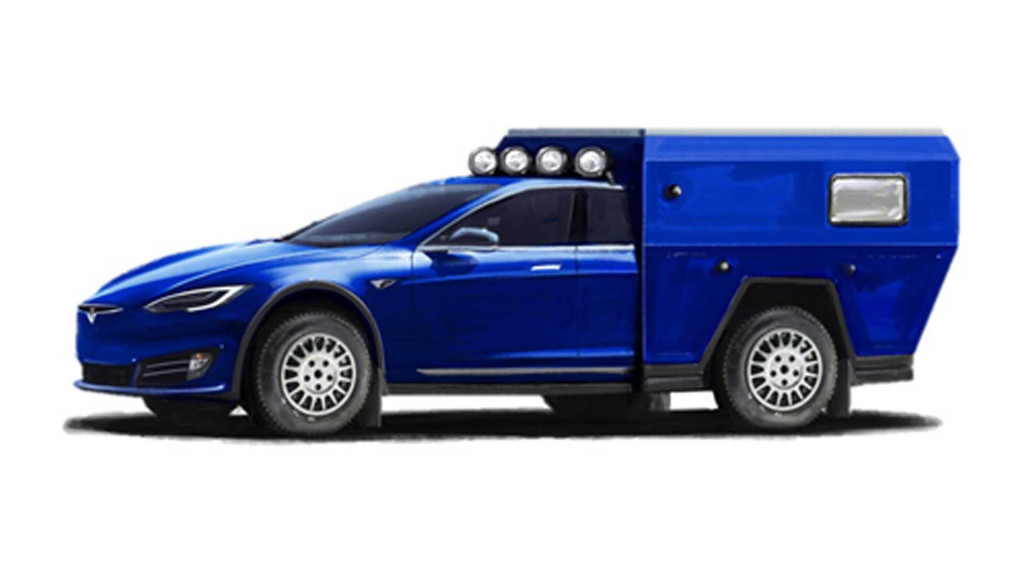 Above the area where the rear hatch once was is room for a pop-up roof, small bed, and water provisions to use the in-camper sink and toilet. Not to mention, Rabenburg has installed a solar panel atop the roof for campers to keep things extra eco-friendly. Per the release, it can create 1,000 watts worth of energy

The Tesla Model S Roamer will also take a shot at a new Guinness World Record for the fastest motorhome on the planet. Rabenburg already has plans for an attempt and thinks the RV will do 150 mph easily. He estimates the driving range at 200 miles per charge.

While locals will get a closer look at the Model S Roamer RV next week, its creator has bigger plans. To encourage sustainable vehicles, Rabenburg said he plans to drive from England to Dubai in the Tesla RV. Upon his arrival, he plans to lead a pack of electric cars at the 2020 World Expo in the Middle East.