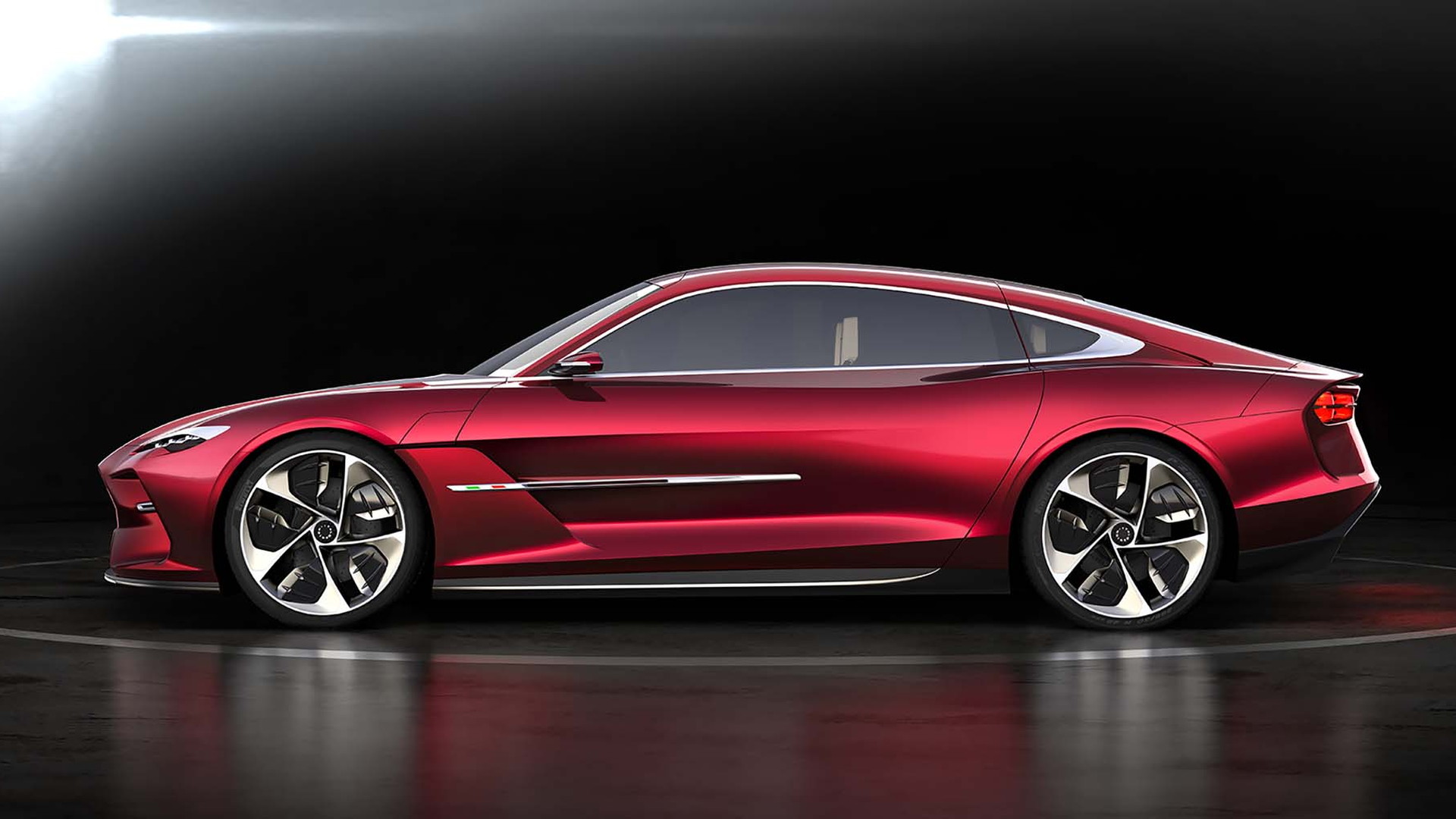 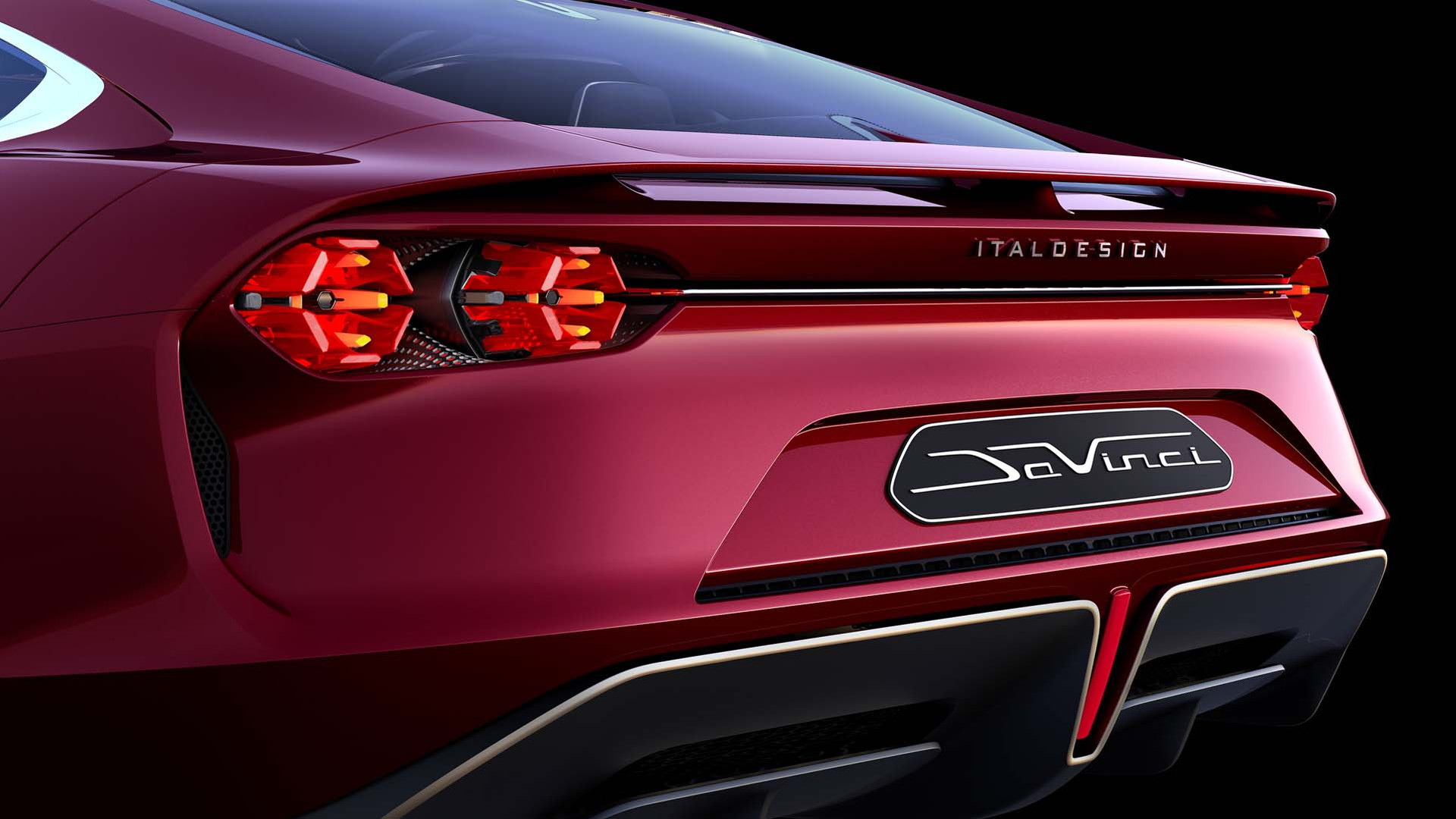 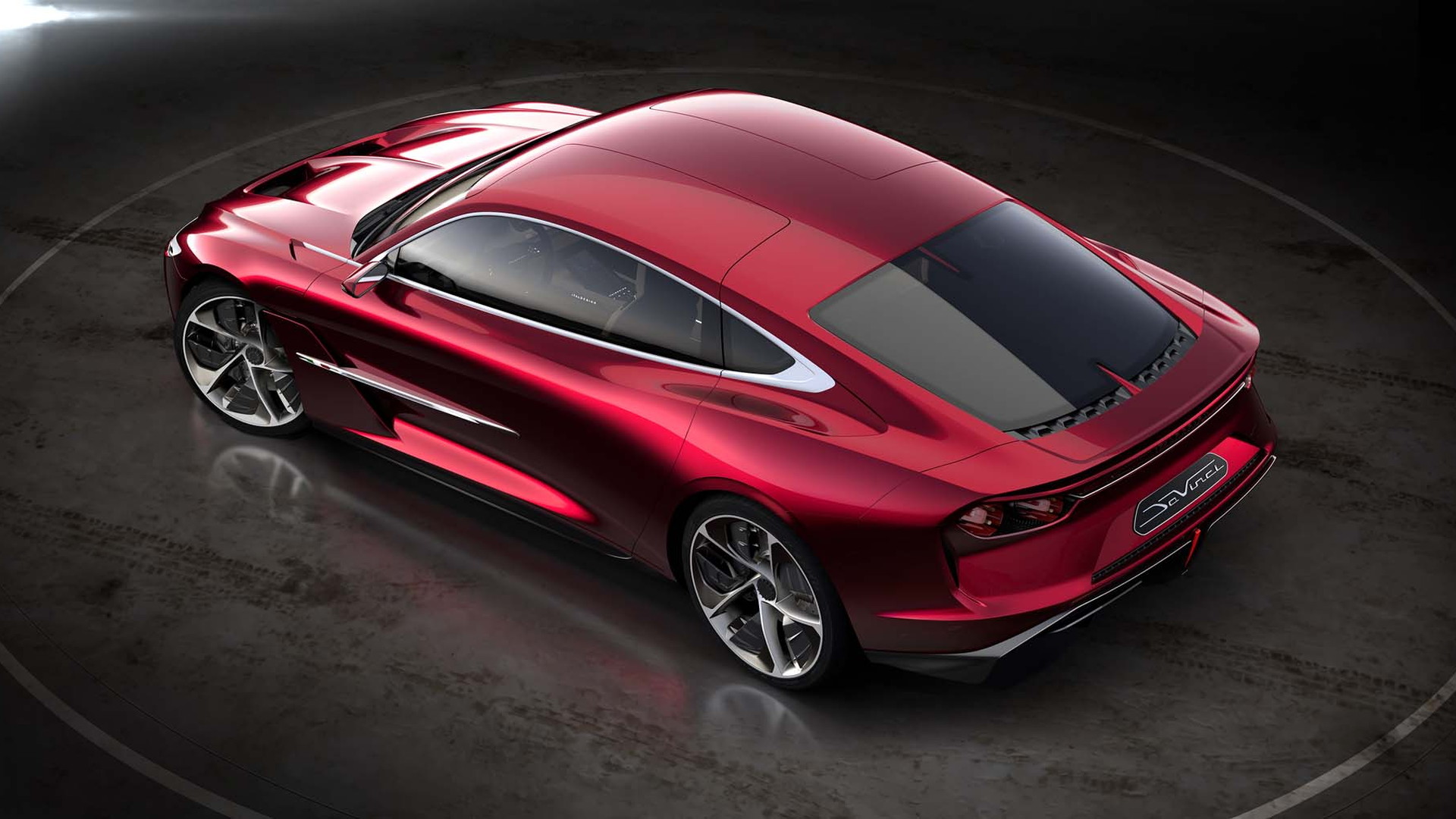 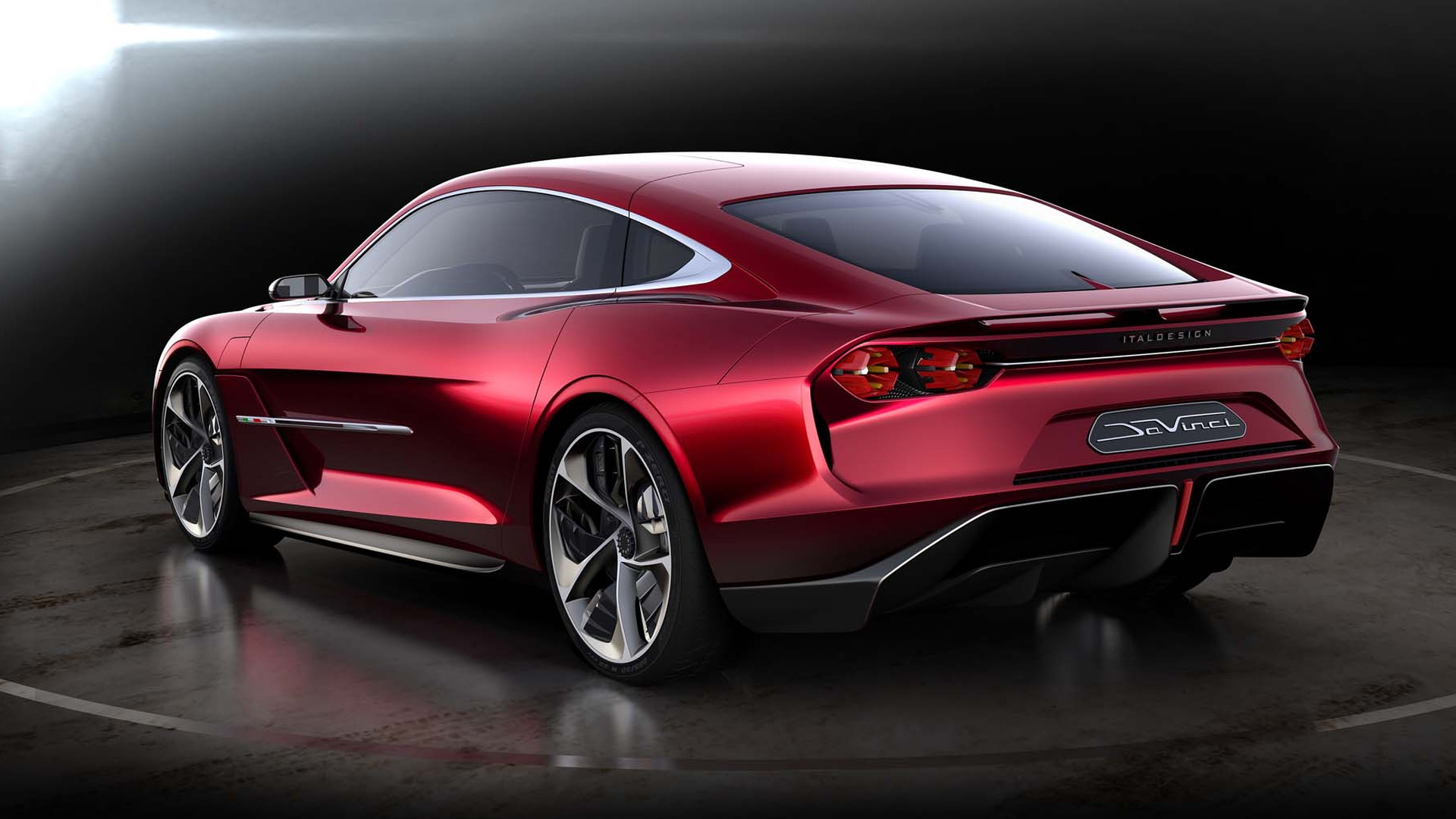 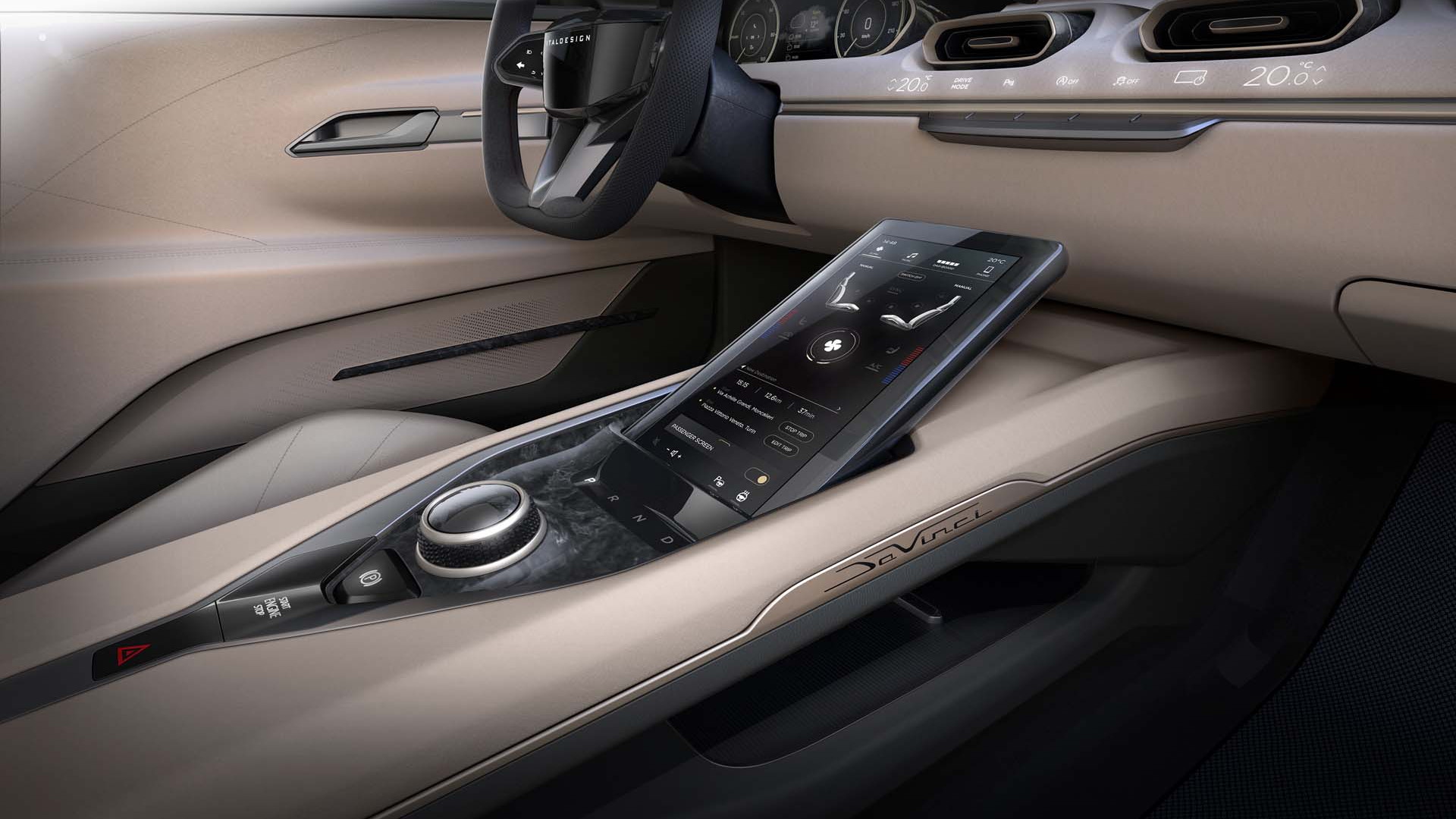 The Italian automotive design and engineering firm Italdesign made a splash at the 2019 Geneva International Auto Show on Tuesday with the reveal of its latest creation: an all-electric GT design concept.

Think of it as an even prettier Audi e-tron GT.

Called the DaVinci, the design concept is more than just an idea. The car was designed so that an automaker could purchase the blueprints and put it into series production with few changes. Its name celebrates Leonardo DaVinci, one of the world's creative art and engineering geniuses, on the 500th year of his passing.

The all-electric DaVinci is a two-door coupe that uses large gullwing doors to ease access to both the first and second rows. The greenhouse is reminiscent of the current Ford Mustang, while the long hood, short rear deck, low roofline, and especially those gullwing doors give the concept an exotic look. Deep sculpting for aerodynamics can be found on both the hood and front fenders leading into the doors. Large 285/30 Pirelli P Zero tires on 22-inch aluminum wheels fill the wheel wells. Out back, an active rear spoiler that wraps around the sides sits above OLED taillights.

Inside the DaVinci has seating for four. The dashboard is canted toward the driver and features three screens, one for the digital gauge cluster, a center-mounted screen for infotainment and vehicle controls, and a third in front of the front passenger. The center of the dashboard is covered in Alcantara and features back-lit icons for hidden controls.

Italdesign didn't disclose powertrain details, but said the DaVinci is designed around an all-electric skateboard with a battery pack mounted under the floor and an electric motor on each axle for all-wheel drive. Automakers with their own skateboard-style platforms roughly the size of a BMW 5-Series could buy the plans and put the DaVinci into production, provided the hardpoints would match up with their platforms. It could be an all-electric Audi A7 competitor.

However, Italdesign also developed the concept to accept an internal combustion powertrain as large as a 4.0-liter V-8 with its transmission, plus all-wheel drive.

Should an automaker want to put the DaVinci into production, Italdesign notes a few changes would be needed, such as ditching the show car's gullwing doors. A production version would be a four-door "coupe" along the lines of the A7.

Calling all luxury automakers. This car is beautiful and ready-made for your portfolio. We'd love to see it with either V-8 or electric power.

For all the latest from the 2019 Geneva Motor Show, check out our hub.