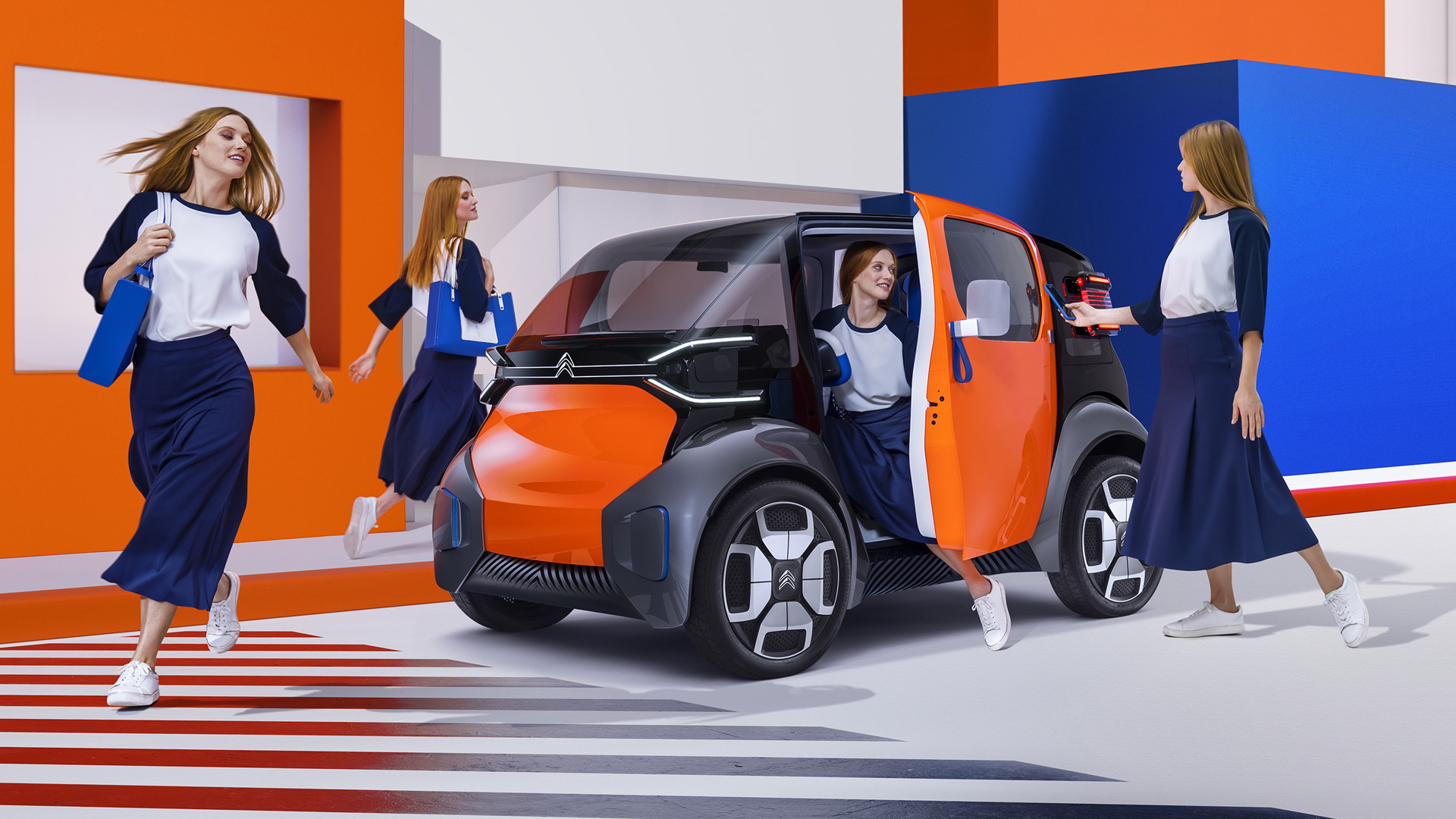 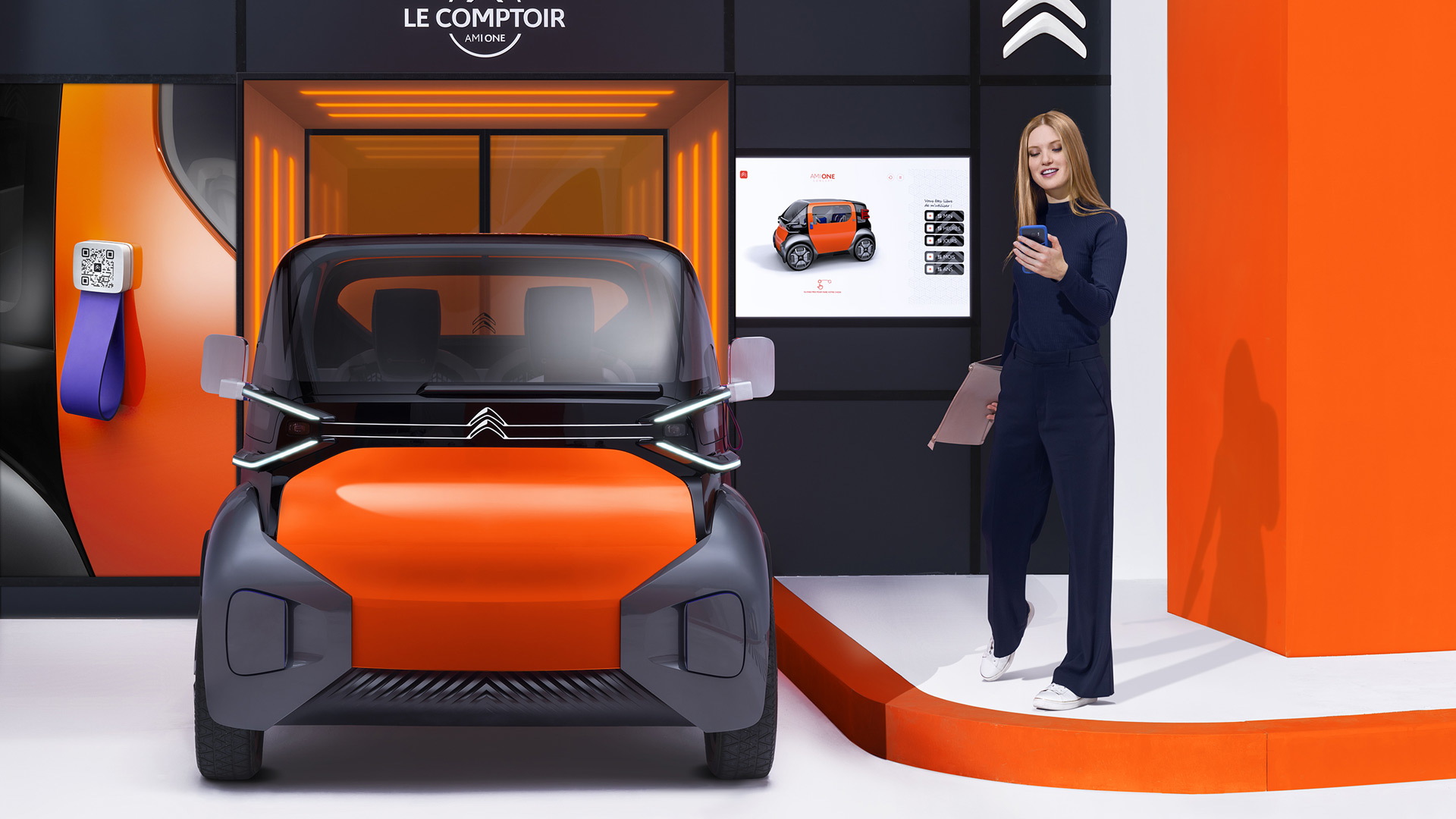 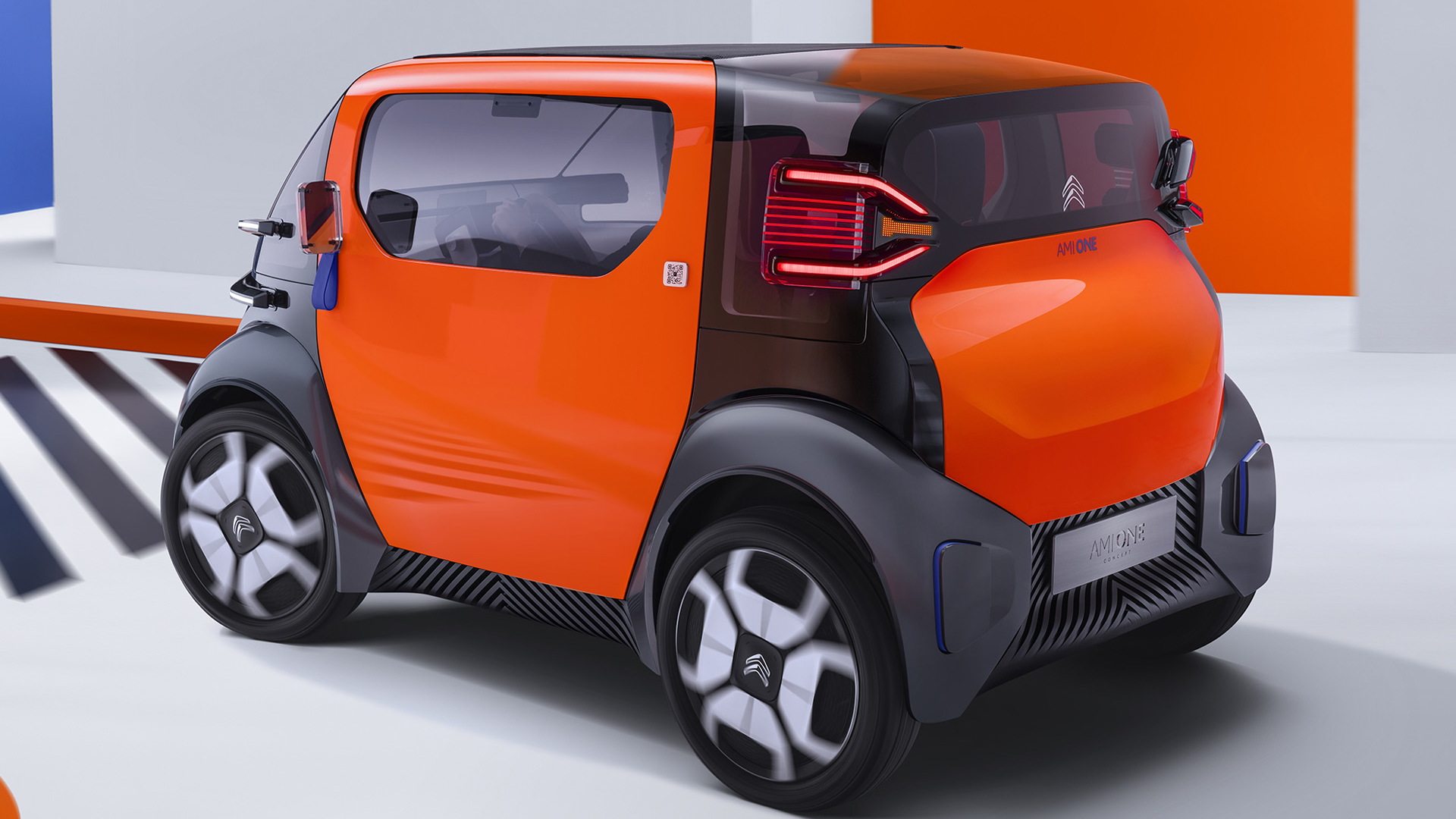 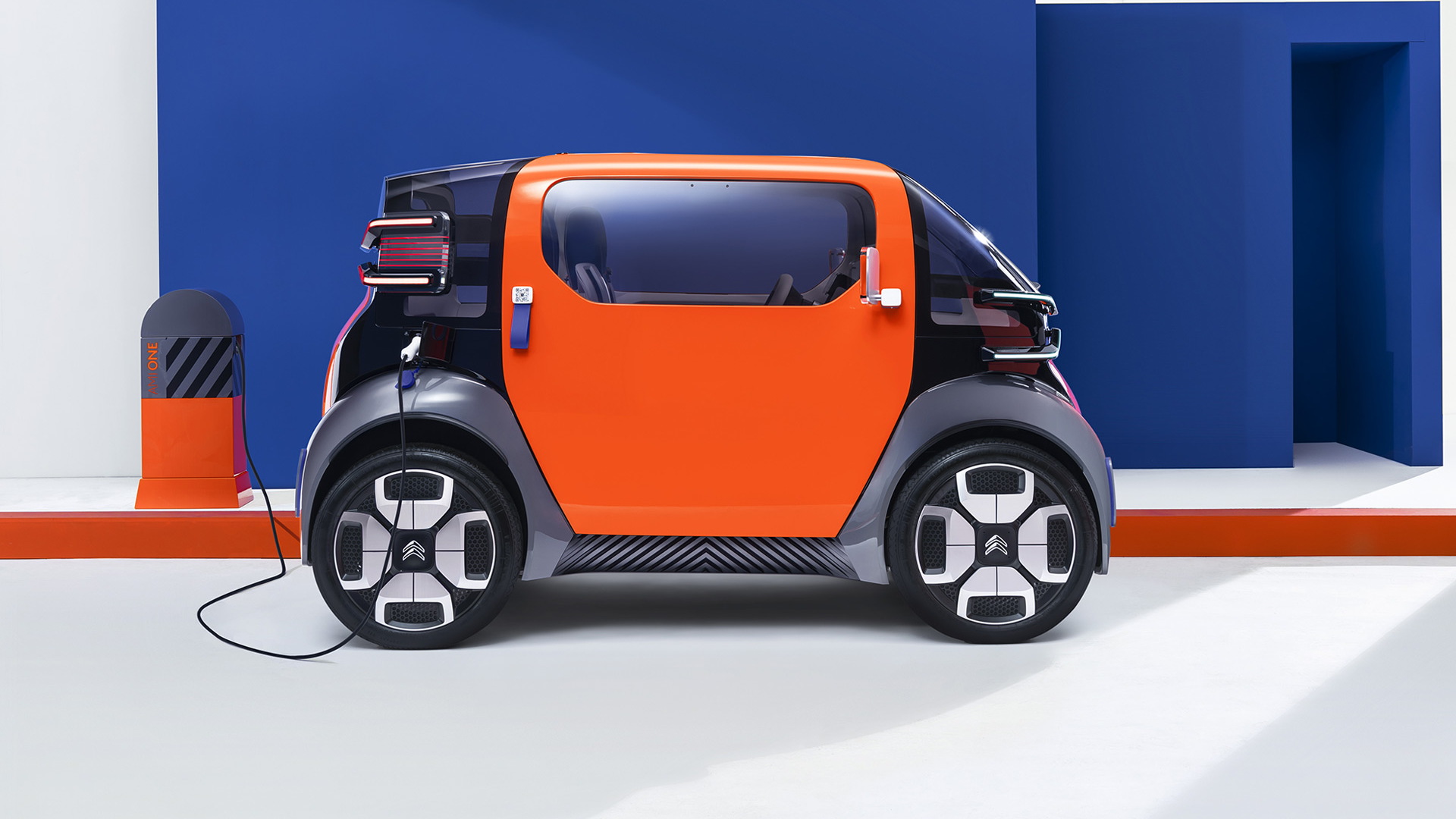 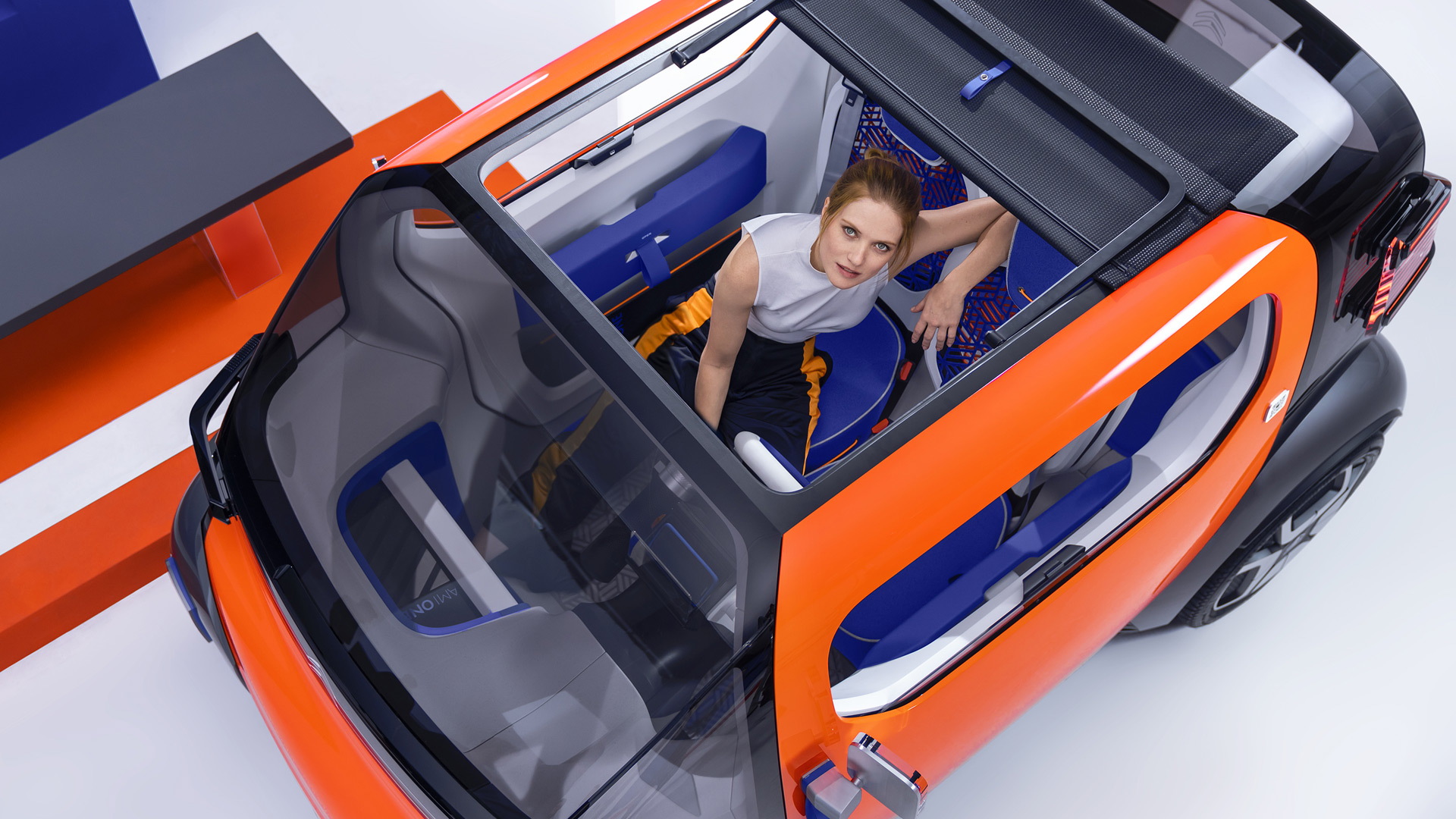 Citroën will use next month's 2019 Geneva International Motor Show to present a concept that envisions a potential future for mobility in cities.

Unveiled on Tuesday, the concept is a small, electric runabout called the Ami One Concept, and its ethos is not unlike the Citroën 2CV from a century ago: bringing personal mobility to the masses.

Similar to the Twizy from rival French automaker Renault, the vehicle's diminutive size and low power rating means a production version of the Ami One Concept could be classified in a segment for vehicles that doesn't require a license to drive in some countries. One advantage over the Twizy is the fully enclosed cabin that protects occupants in bad weather.

It's only about 8 feet in length and weighs a tick under 1,000 pounds, and while Citroën hasn't revealed many performance specs we know the vehicle has a top speed of 28 mph and enough battery capacity for 62 miles of range. A full charge will take about 2 hours.

Basic driving duties is handled via the “Drive-Pod” located in front of the driver. However, many vehicle functions can also be controlled via a smartphone using dedicated apps, for example for entertainment or navigation. Depending on the app used, the screen display is projected onto a reflective panel in the driver’s field of vision, much like a head-up display.

The Ami One Concept attempts to solve the issue of younger people wanting access to cars but without the hassle of ownership. That's why Citroën also envisions an on-demand car-sharing service built around the vehicle, with options for minutes of use right up to several days if necessary.

While the Ami One Concept might not make much sense in the United States, it does in crowded European cities where roads are often shared with scooters and bicycles. Don't be surprised if you spot something like the Ami One Concept in car-sharing fleets the next time you're strolling down the streets of Paris.

The Geneva auto show starts March 5. To learn about some of the other vehicles bound for the Swiss show, head to our dedicated hub.