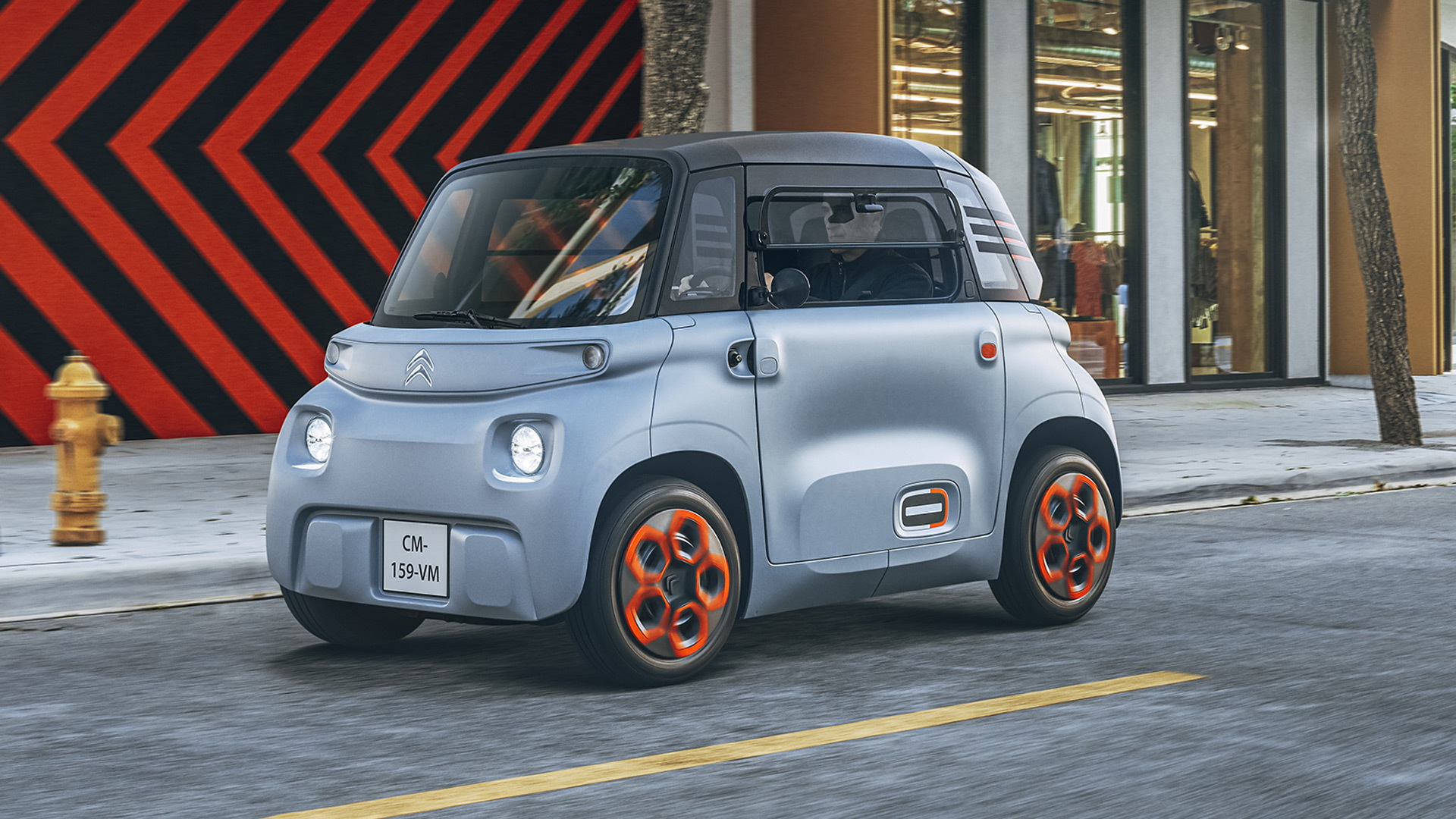 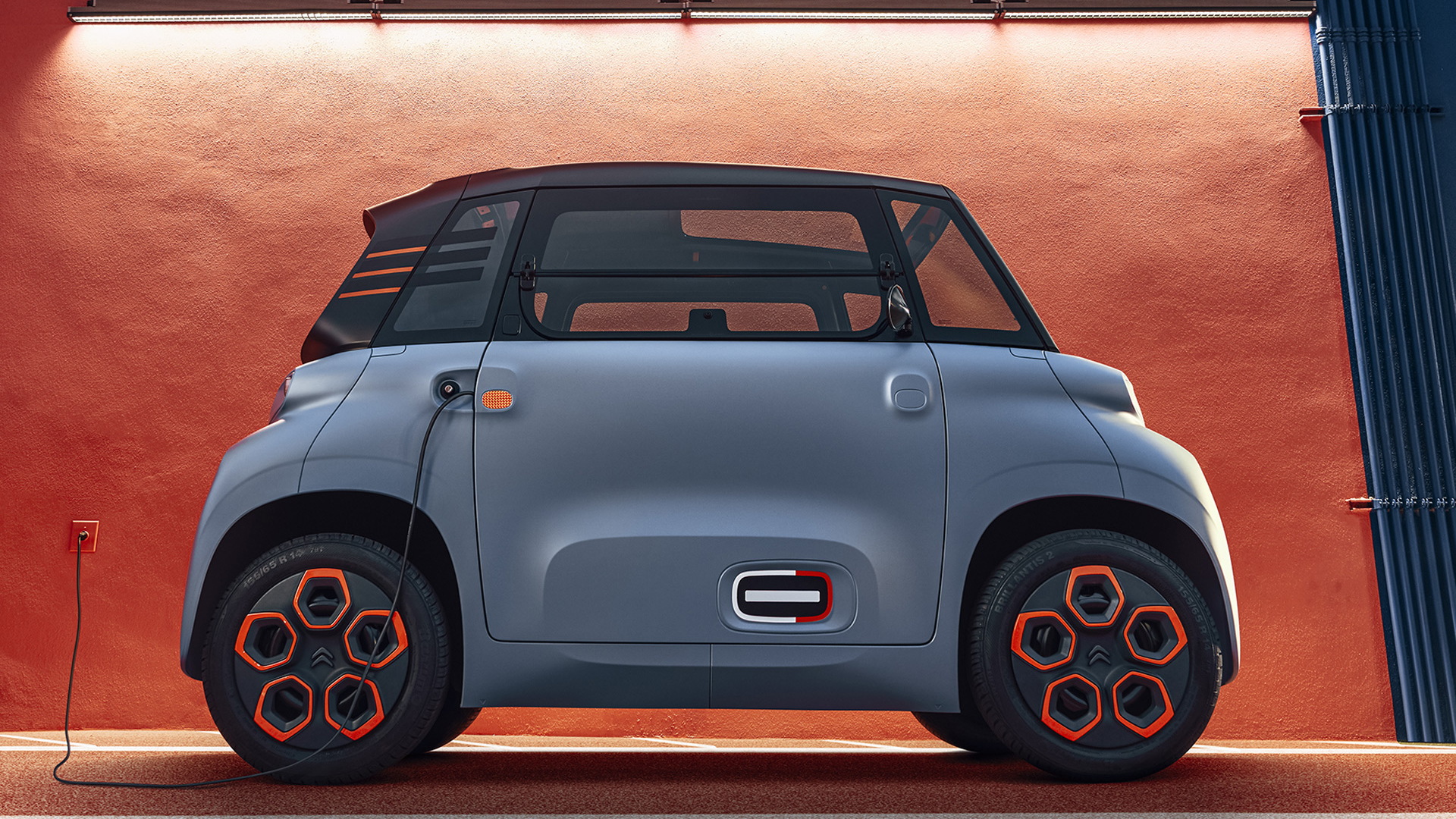 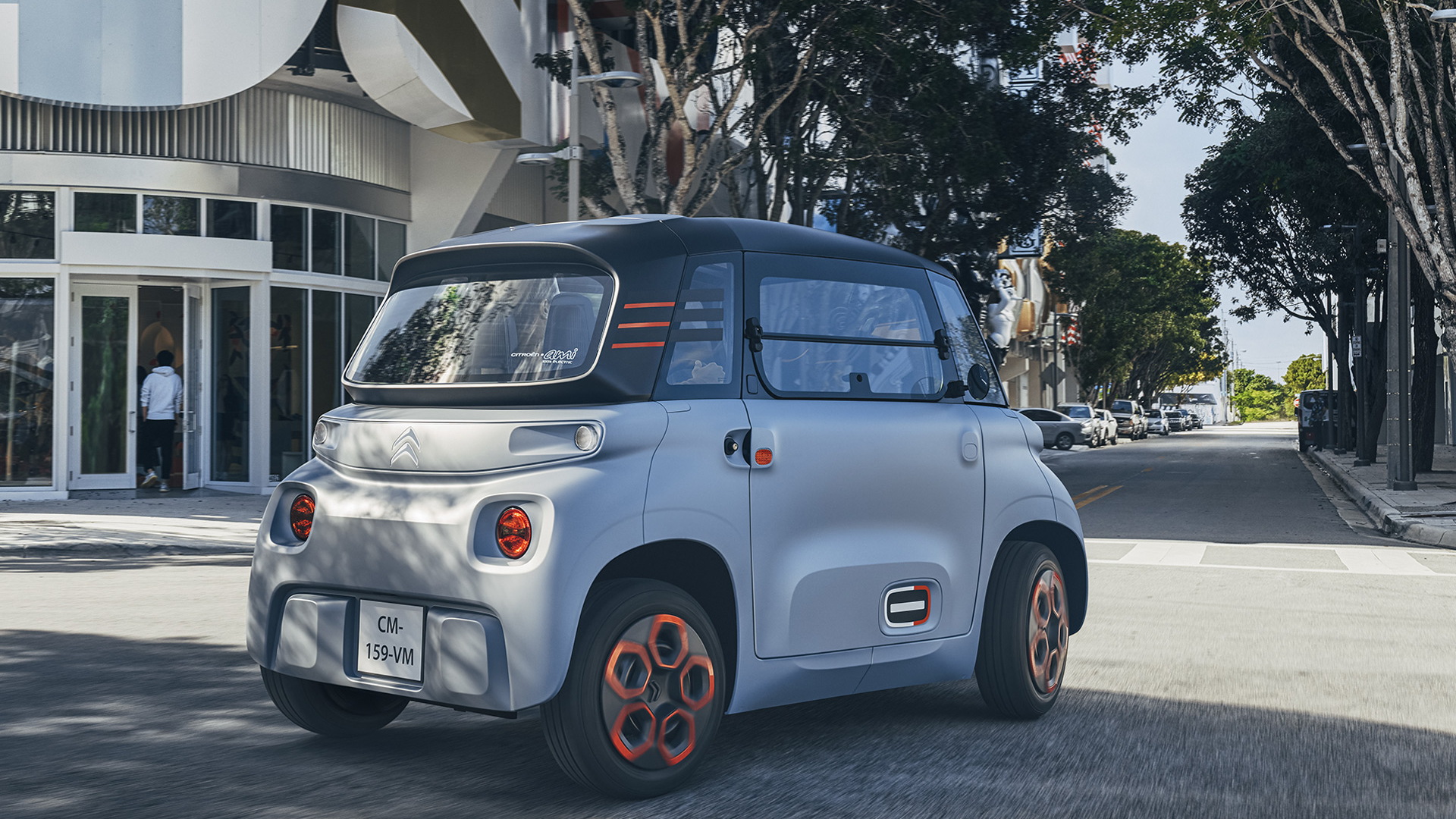 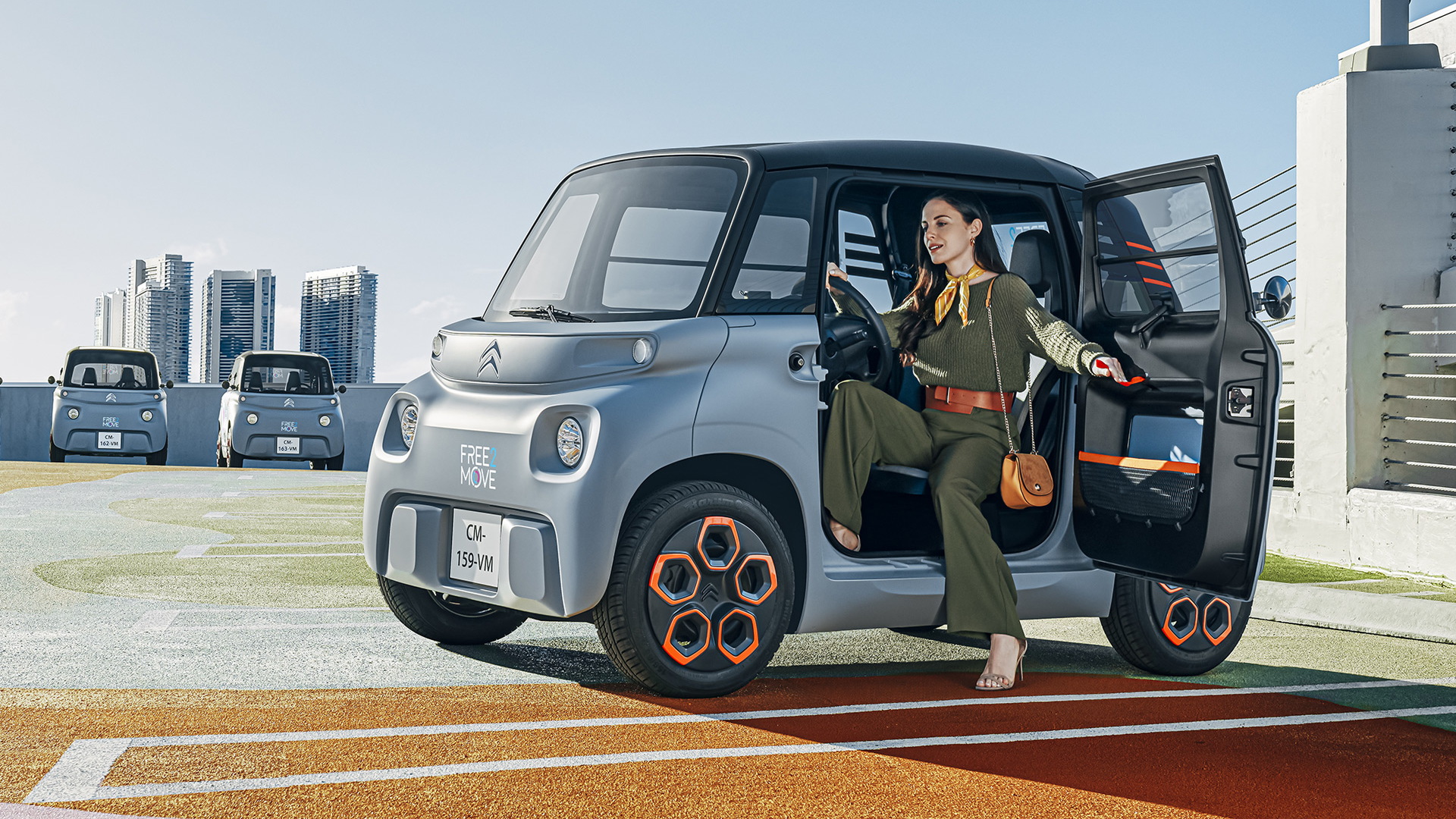 Citroen on Thursday unveiled an electric minicar that will cost just 6,900 euros (approximately $7,600) when it goes on sale later this year.

Citroen will also make it available via a long-term rental from just $22 per month (over 48 months and with a $2,900 down payment), or via the Free2Move car-sharing service operated by the automaker's PSA Group parent.

Called the Ami, the electric minicar is the production version of last year's Ami One concept, and its ethos is not unlike the iconic Citroen 2CV from a century ago: bringing personal mobility to the masses.

Similar to the Twizy from rival French automaker Renault, the Ami's diminutive size and low power rating means it can be classified in a segment for vehicles that doesn't require a license to drive in some countries. One advantage over the Twizy is the fully enclosed cabin that protects occupants in bad weather. 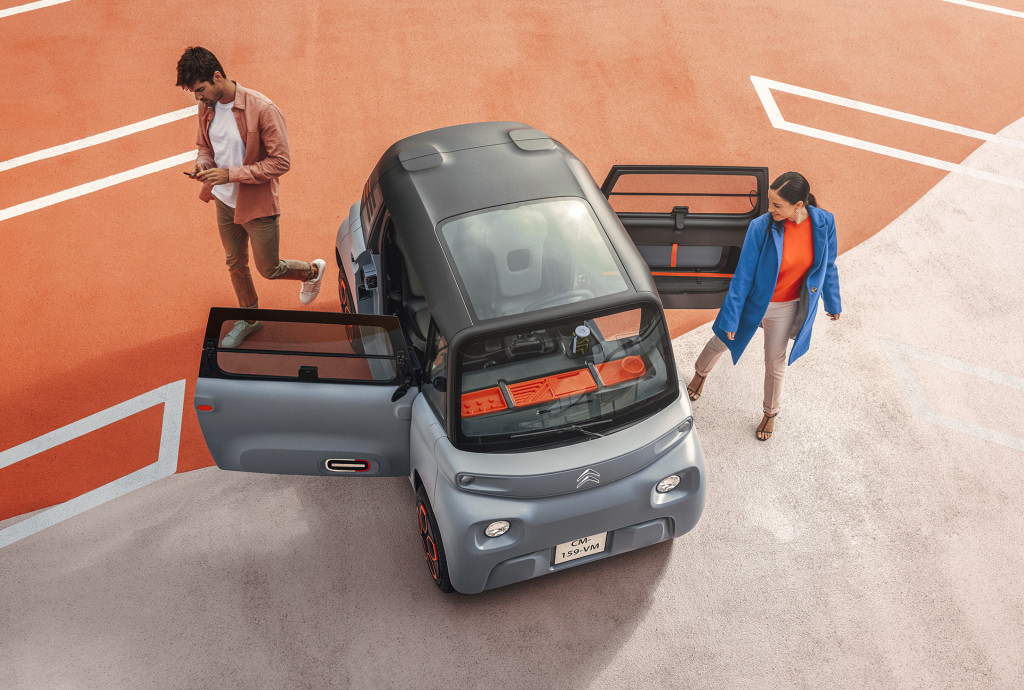 We're talking a car that measures just 7.9 feet in length, tops out at 28 mph, and has a 5.5-kilowatt-hour battery good for 43 miles of range and a full charge in three hours using a standard outlet. It wouldn't make much sense on American roads but in small European cities, it would make for an ideal runabout.

Inside, there's space for two and not much else. A steering wheel and digital instrument cluster is presented to the driver, and to the right of this is a dedicated area for placing a smartphone, which becomes the main dashboard screen and provides access to navigation and music. 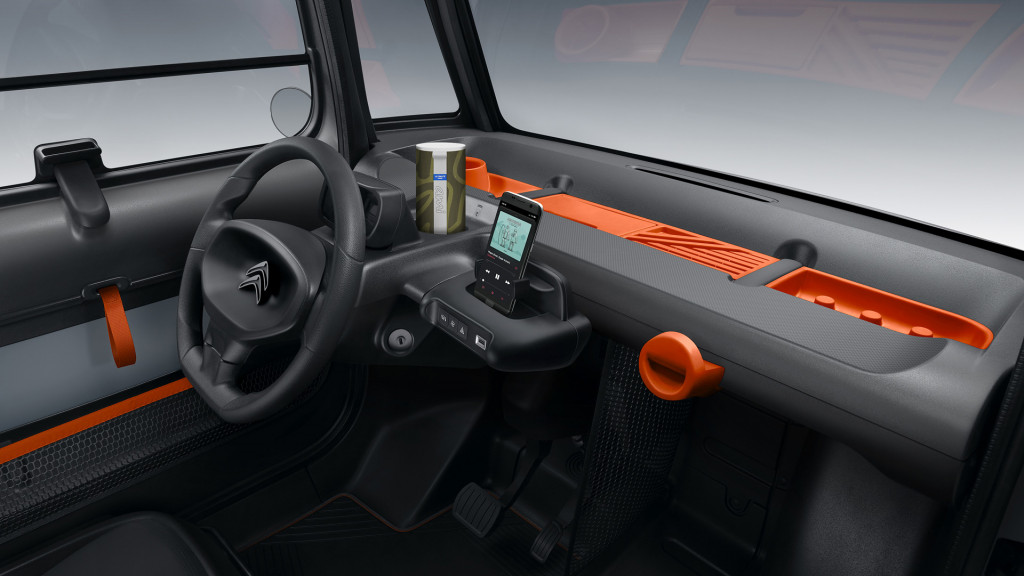 Storage solutions include a recess at the passenger's feet big enough to fit a cabin-sized suitcase, plus a second storage area at the rear.

Citroen will start accepting orders in Europe from the end of March and the first examples should be delivered by the summer. Since the automaker doesn't operate in the United States, don't count on seeing the Ami on local roads anytime soon.