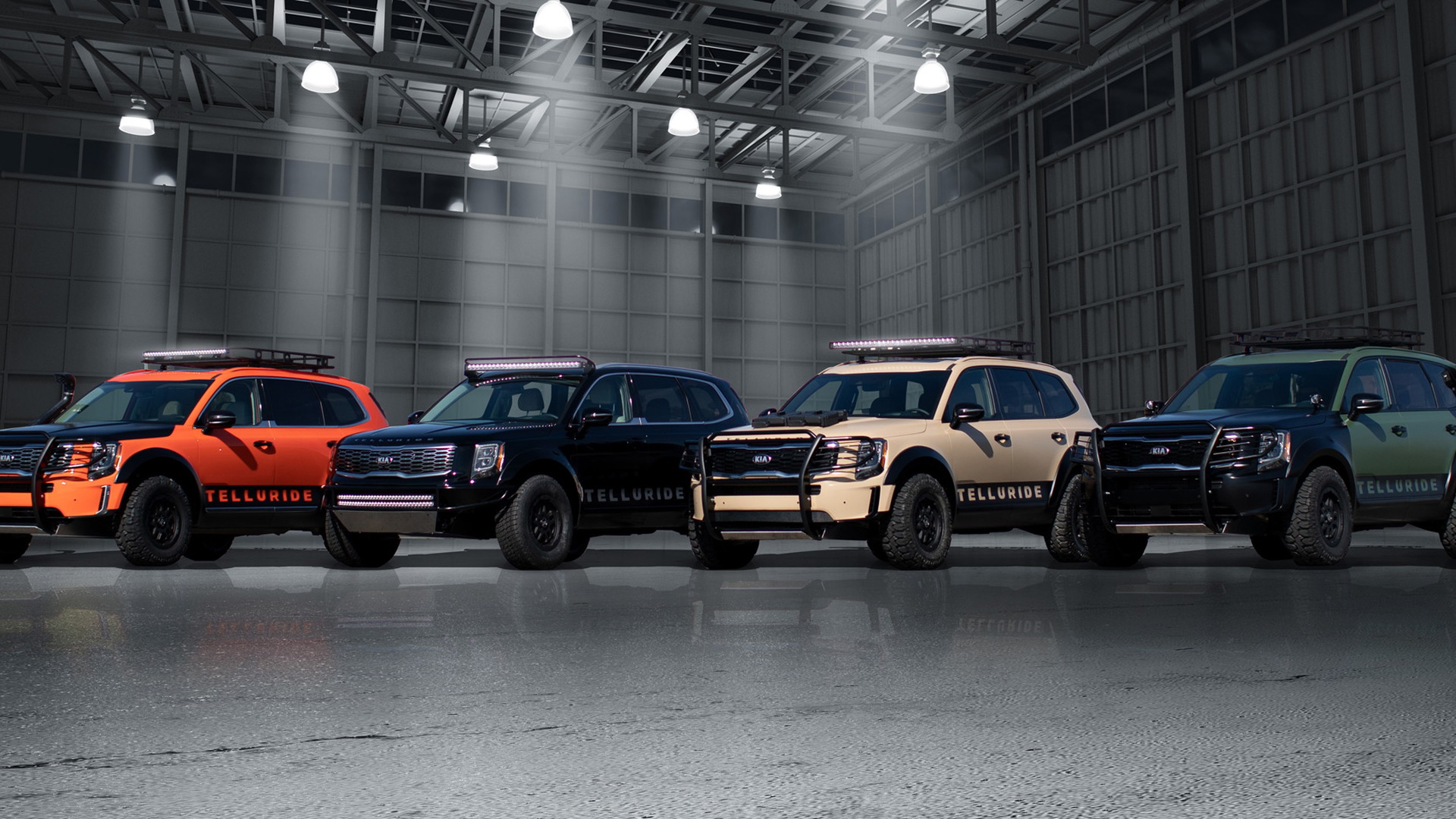 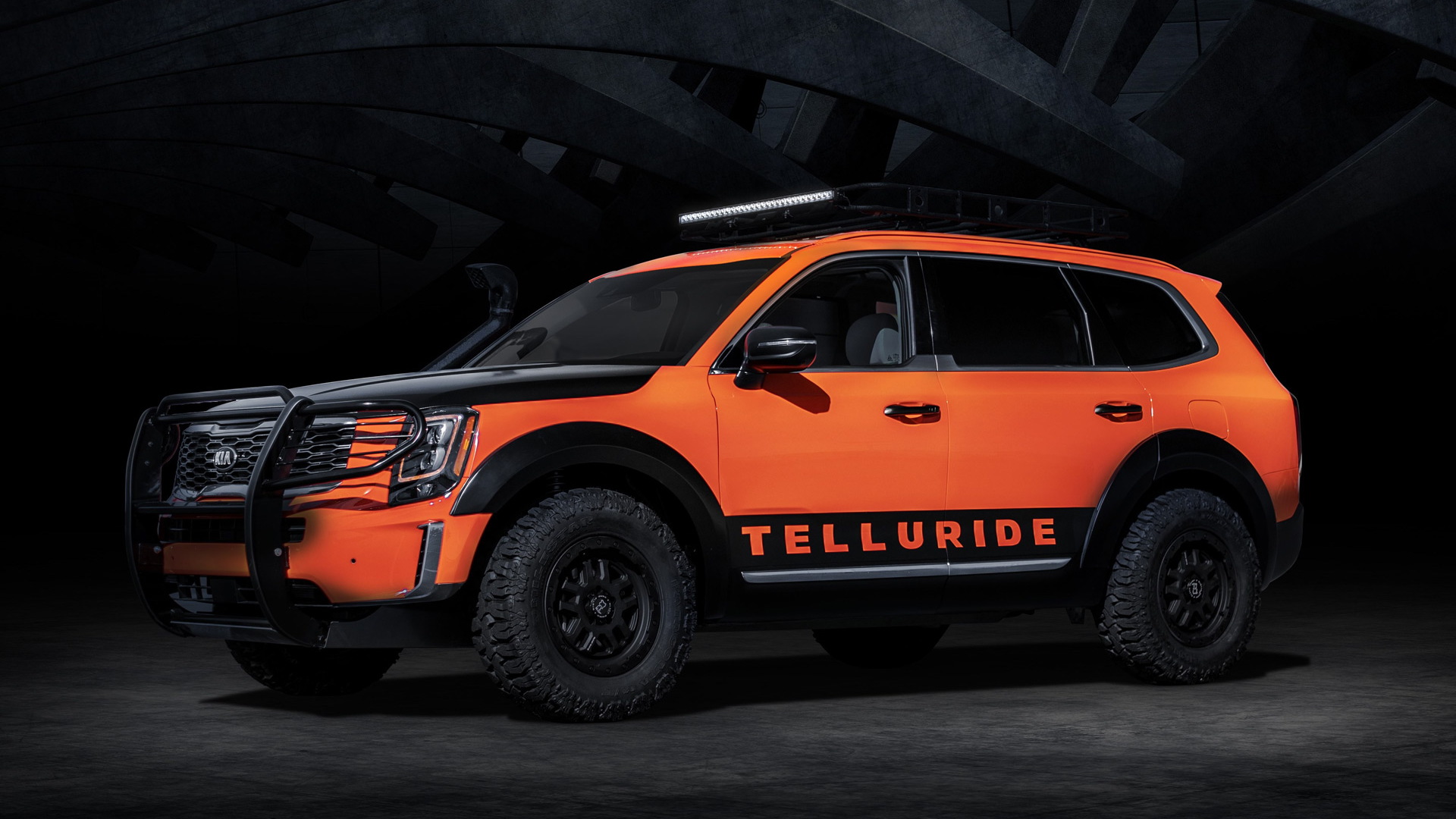 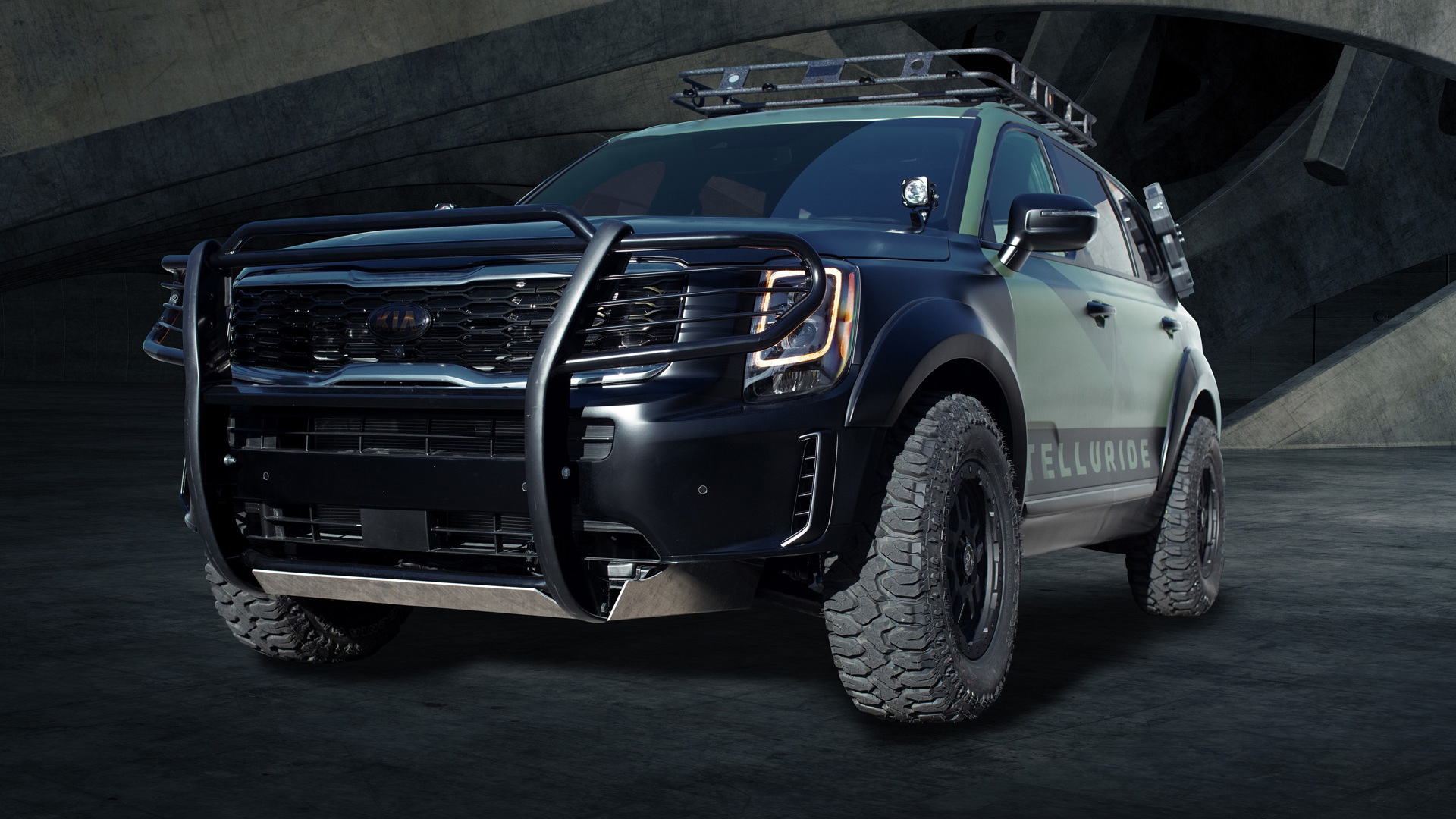 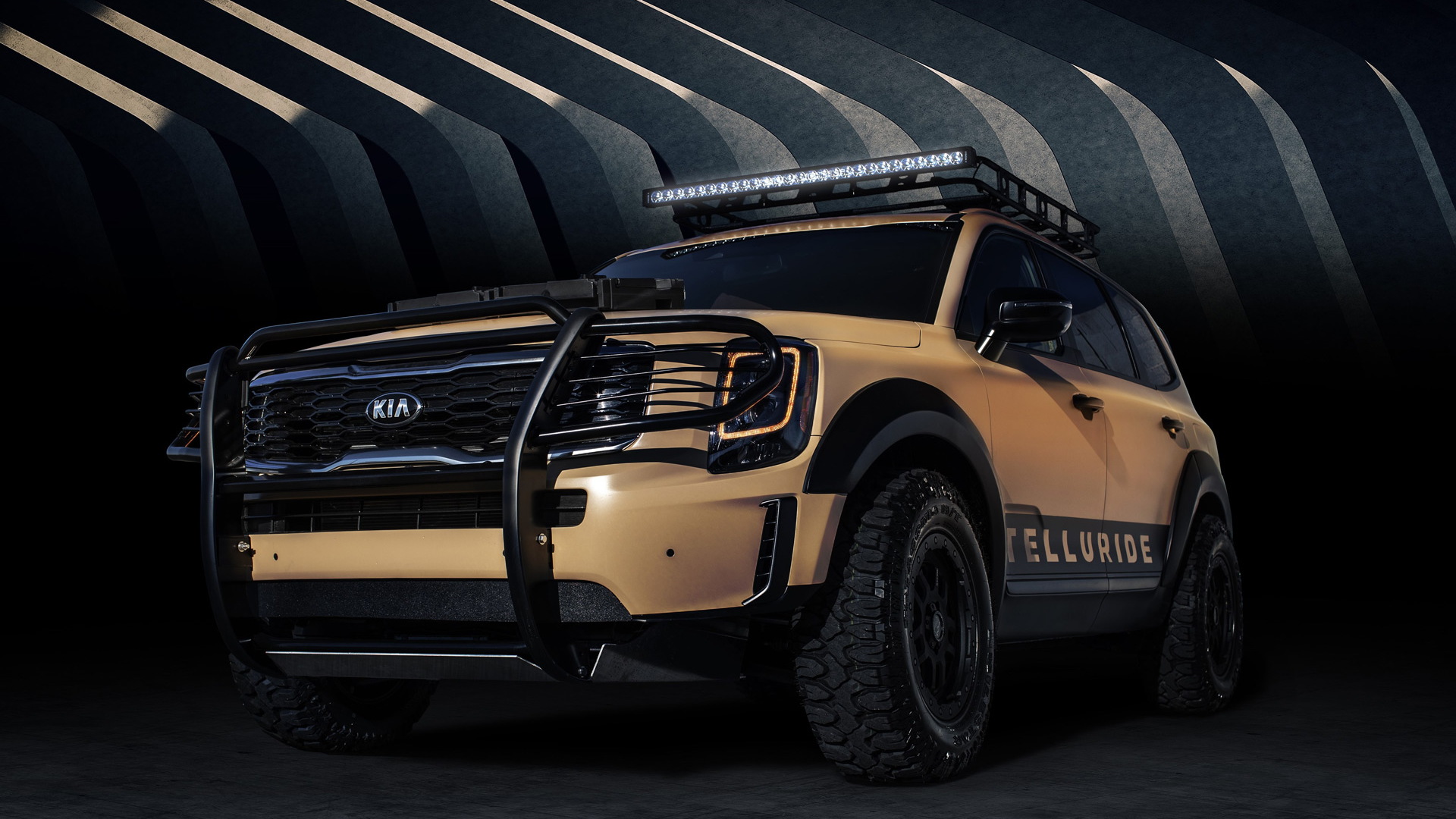 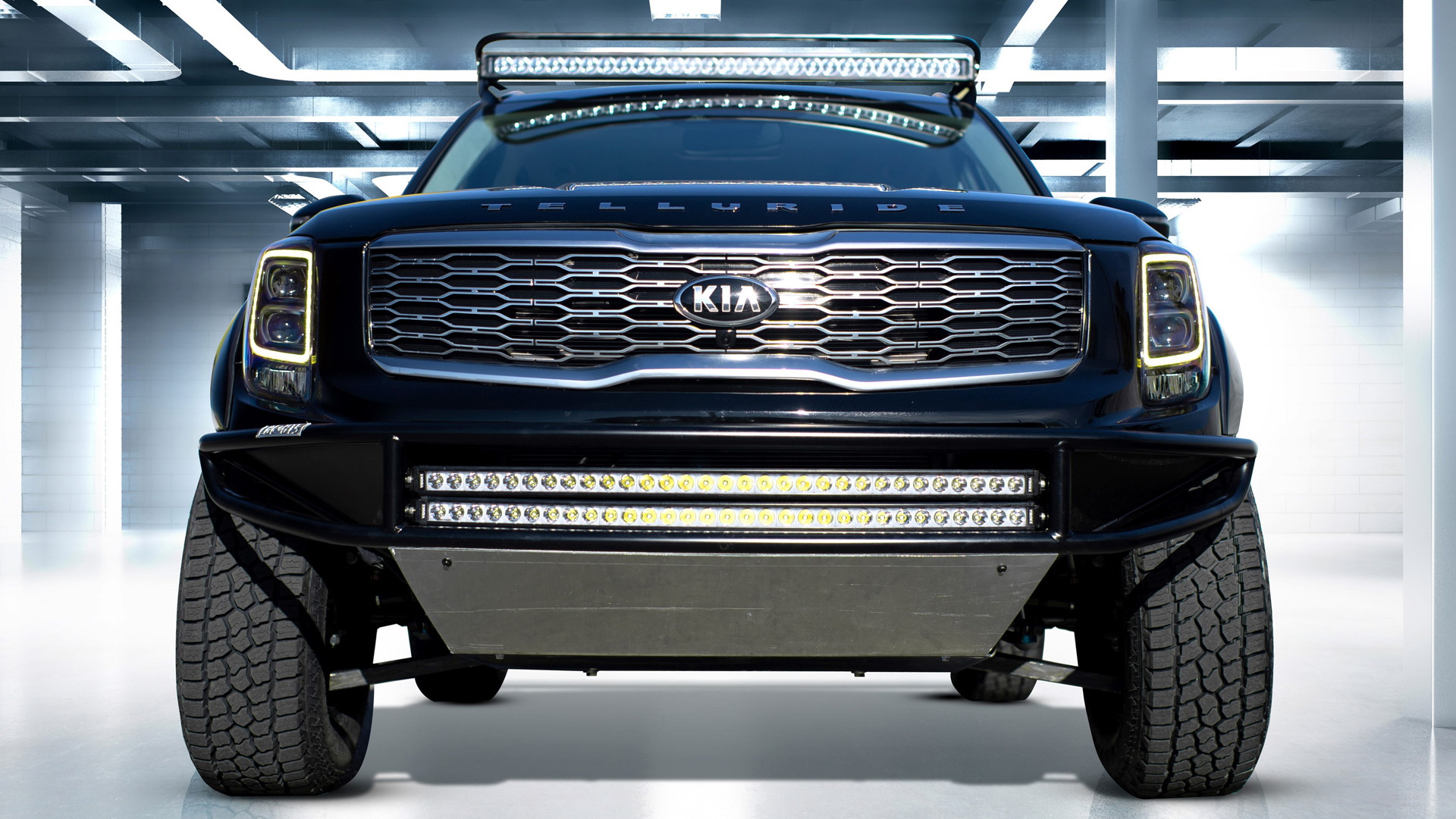 Kia has a full-size SUV headed to showrooms early next year in the form of the recently revealed 2020 Telluride. The Korean firm doesn't want you to miss it, which is why it's brought five of the SUVs to this week's 2018 SEMA show in Las Vegas.

One of the five is the example developed with fashion designer Brandon Maxwell, which featured at the Telluride's 2018 New York Fashion Week reveal back in September. The other four have been developed in partnership with LGE-CTS Motorsports and feature the themes of Horizon Roamer, Cadet Leader, Desert Drifter and Baja Glider.

The powertrains have been left untouched, we're told. Kia is waiting until the Telluride's formal debut at next month's 2018 Los Angeles auto show to reveal powertrain specs but we already know the Telluride will come standard with a V-6 and all-wheel drive.

Also on display at SEMA is the new 2020 Kia Forte GT (shown above). Due in showrooms next summer, the compact sport sedan will come with a 201-horsepower turbocharged inline-4, fully independent front and rear suspension, 18-inch wheels, and a sport-tuned exhaust. Drive will be to the front wheels only but buyers will be able to choose from a six-speed manual transmission or seven-speed dual-clutch unit.

Kia has also brought custom examples of the K900 and Stinger rear-wheel-drive sedans. The K900 was developed in partnership with “DUB” magazine and features a brilliant blue exterior and 24-inch wheels. The Stinger, a GT, was also developed with DUB and features 22-inch wheels, carbon fiber accents, and a wide-body kit.