Audi Sport is out testing prototypes for an updated R8, and a rear-wheel-drive variant could return with the freshening.

Autocar reported Tuesday that Audi marketing manager Linda Kurz commented on the return of a rear-driving R8. Specifically, she said the previous one, called the R8 V10 RWS (or Rear Wheel Series), was a "great success" for the company. She added another car along those lines is something the company, which is famous for its quattro all-wheel-drive branding, is looking into for the updated R8 which is expected for the 2020 model year.

The R8 RWS bowed as the bargain R8 with a $139,950 price tag. While that's still six figures for a buyer to swallow, it was over $26,000 cheaper than an R8 fitted with all-wheel drive. The RWS still put its power to the ground rather well, too, despite the lack of an all-wheel-drive system's extra traction. The RWS sent 540 horsepower from its 5.2-liter V-10 engine to the rear wheels only, and it was just 0.2 seconds slower with a 0-62 mph time of 3.7 seconds over a regular R8. 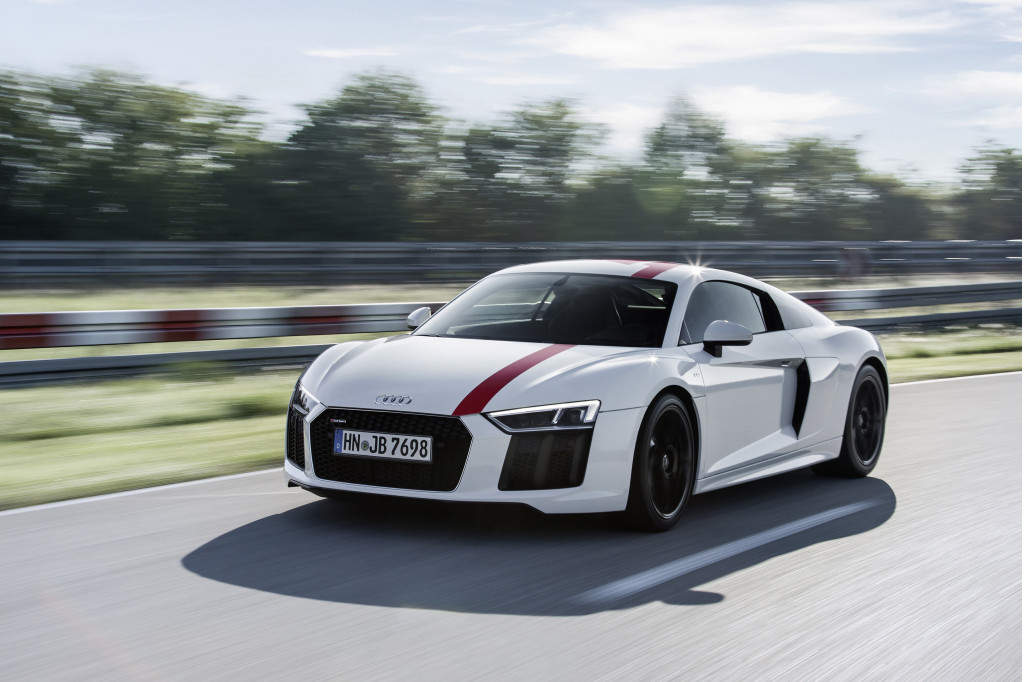 Audi Sport built just 999 examples of the R8 V10 RWS, and it appears a similar situation may be in store for the updated R8 range. What's unclear is if a future R8 V10 RWS would see a power increase over the current 540-hp figure. The same 5.2-liter V-10 engine makes 640 hp in the Lamborghini Huracán Performante, which is 30 hp more than the current R8 V10 Plus trim. We'd imagine if a new R8 V10 RWS follows the original's formula, it will be another purist and bargain offering.

The updated R8 will wear a revised front and rear design with a wider grille, new intakes, and large oval exhaust outlets. The latter is a trait of all Audi Sport vehicles.

When the car does debut, it will likely mark the final round of major updates for the R8. Audi Sport at preasent does not have a plan to replace the supercar at the end of the life cycle, Audi R&D boss Peter Mertens said in a March interview. But, a report from earlier this month tipped a third-generation R8 to move to a fully electric powertrain. That would make a future RWS quite a collector's piece. Stay tuned.