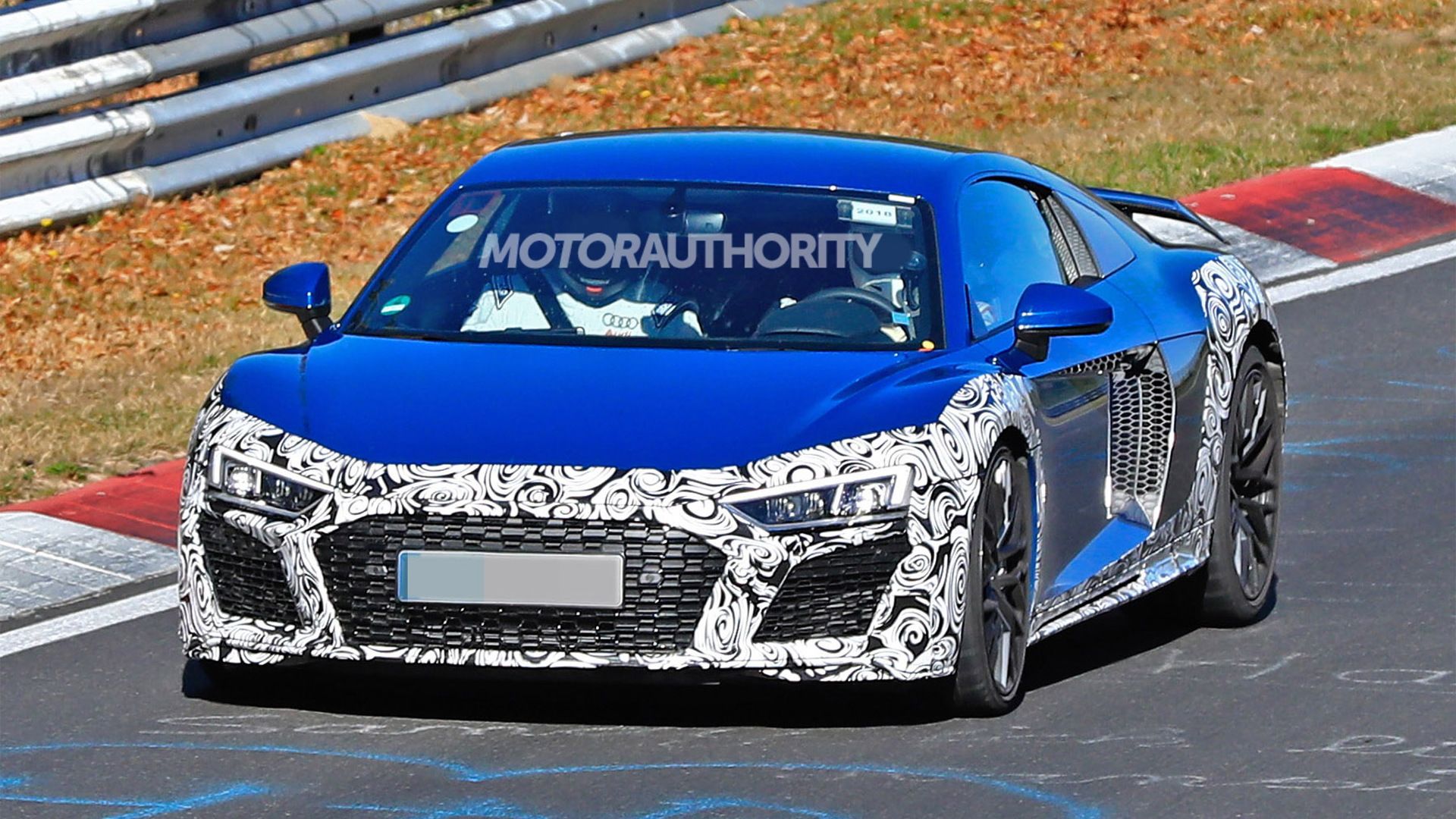 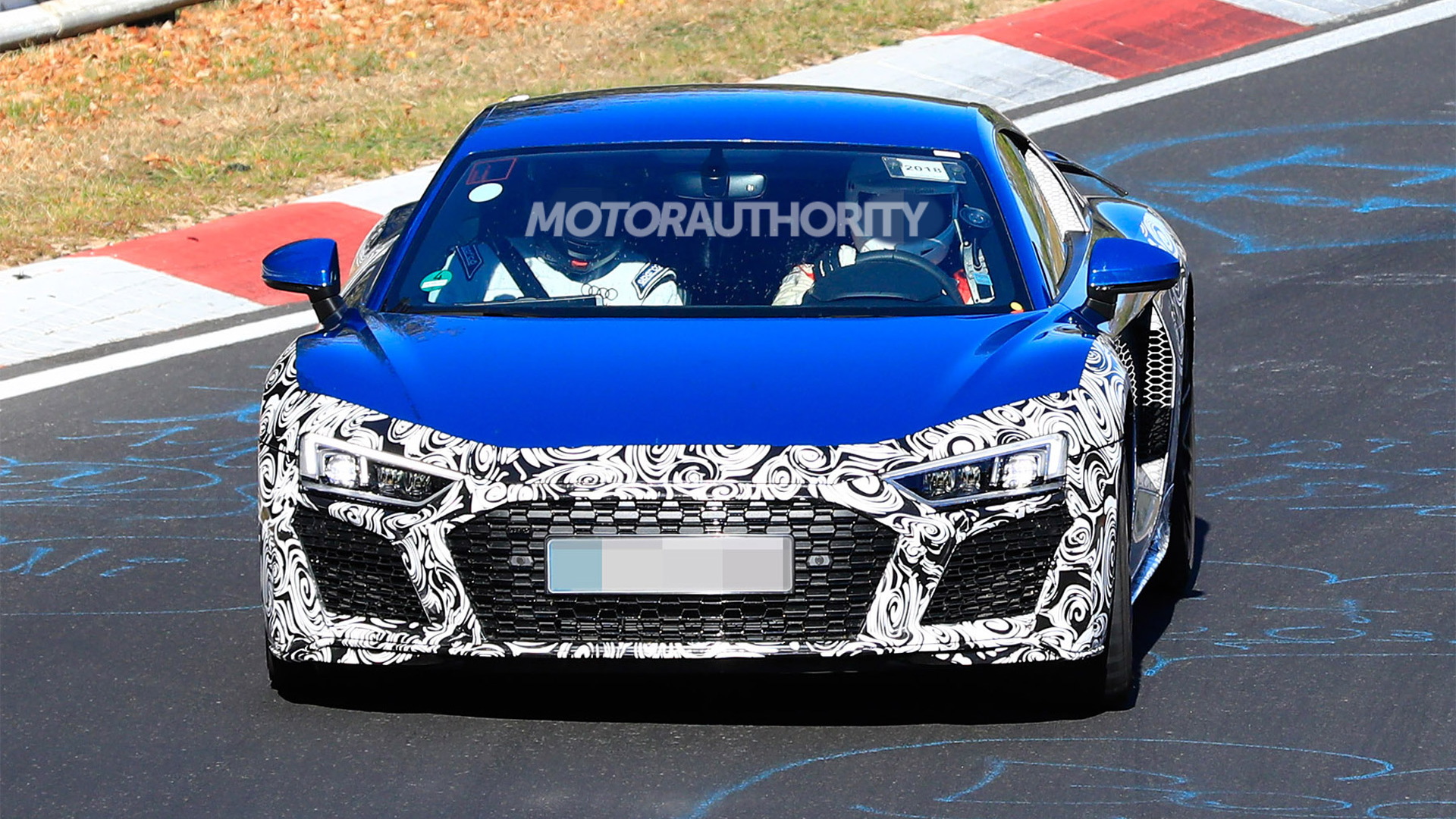 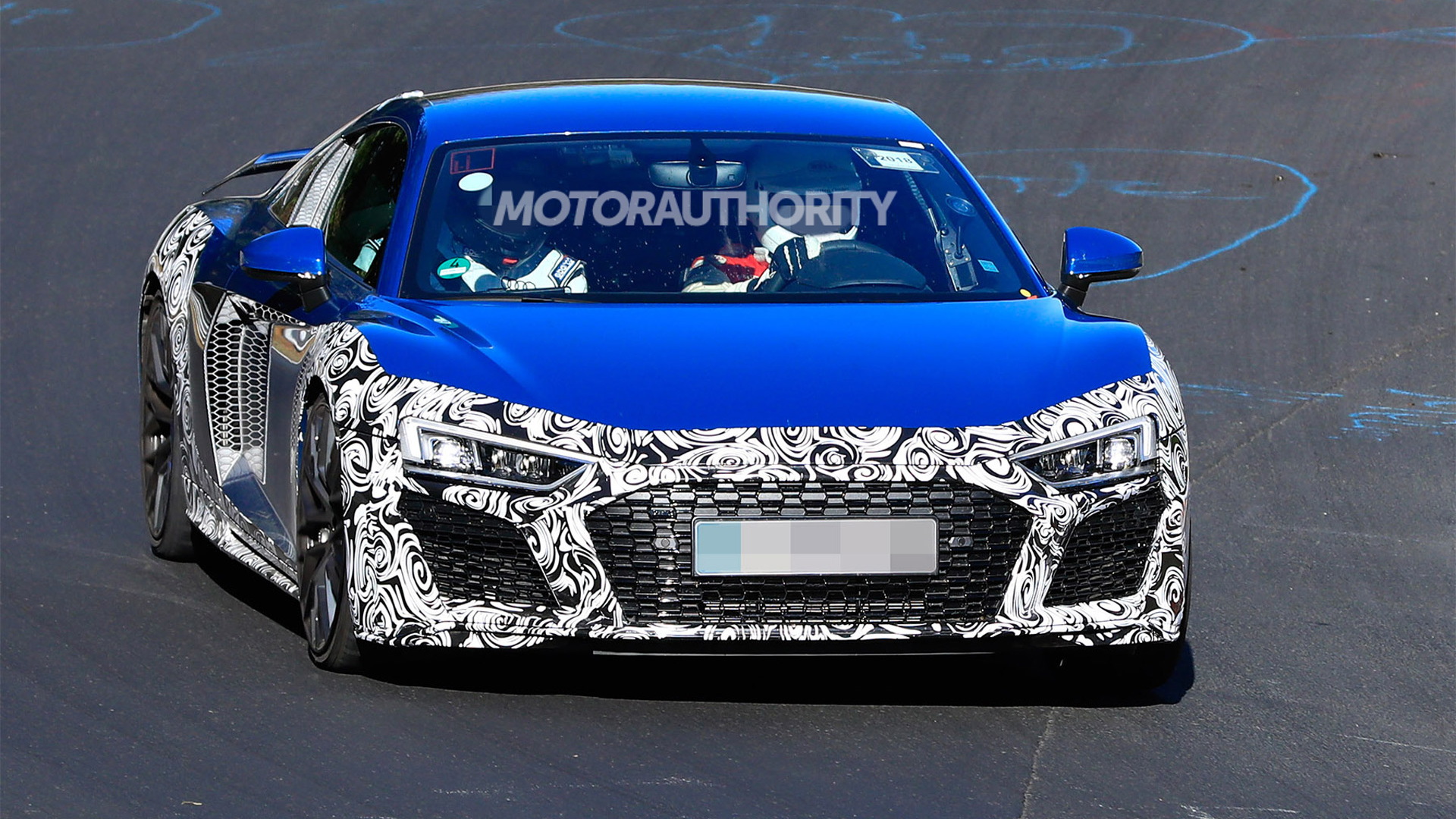 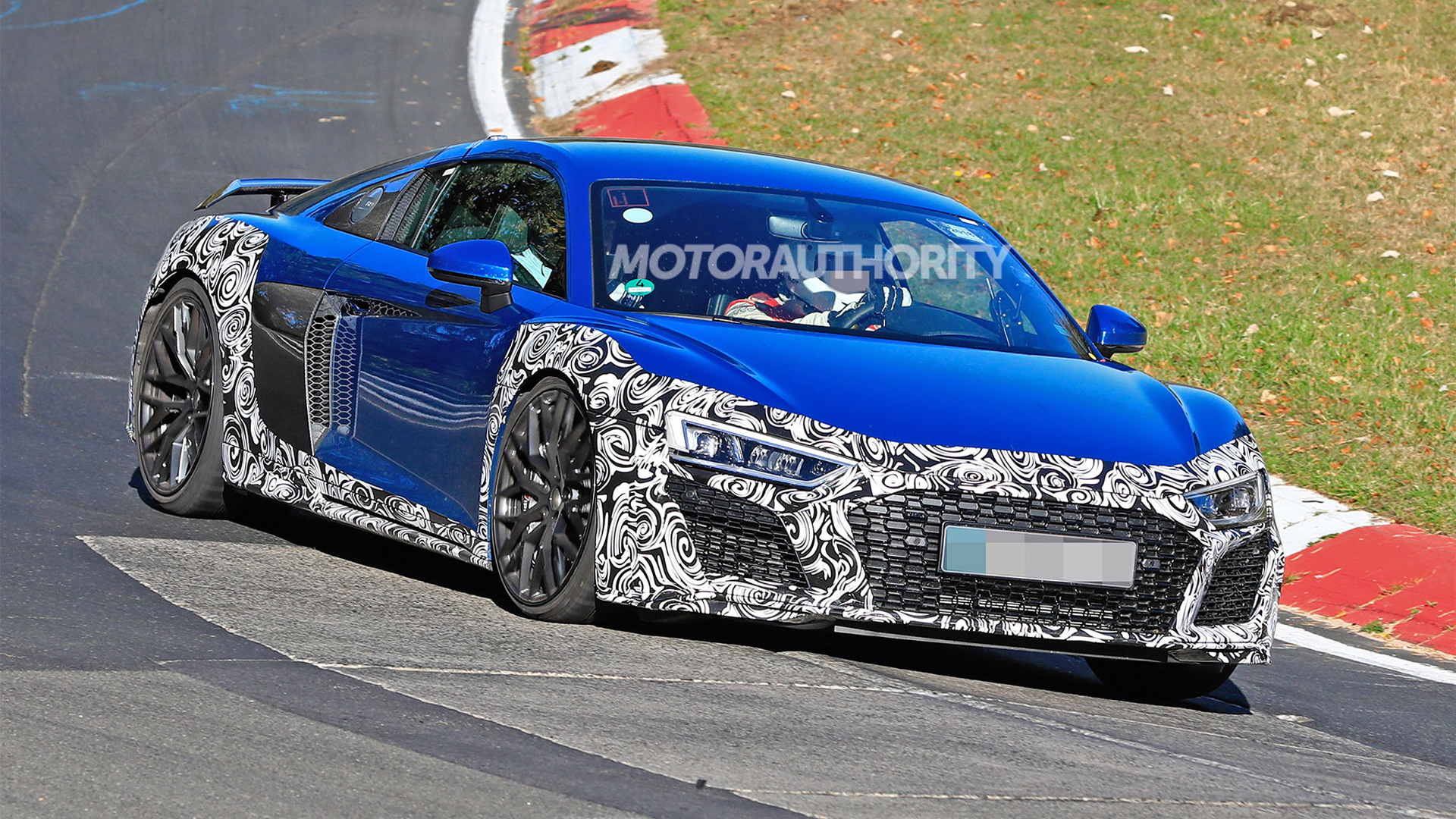 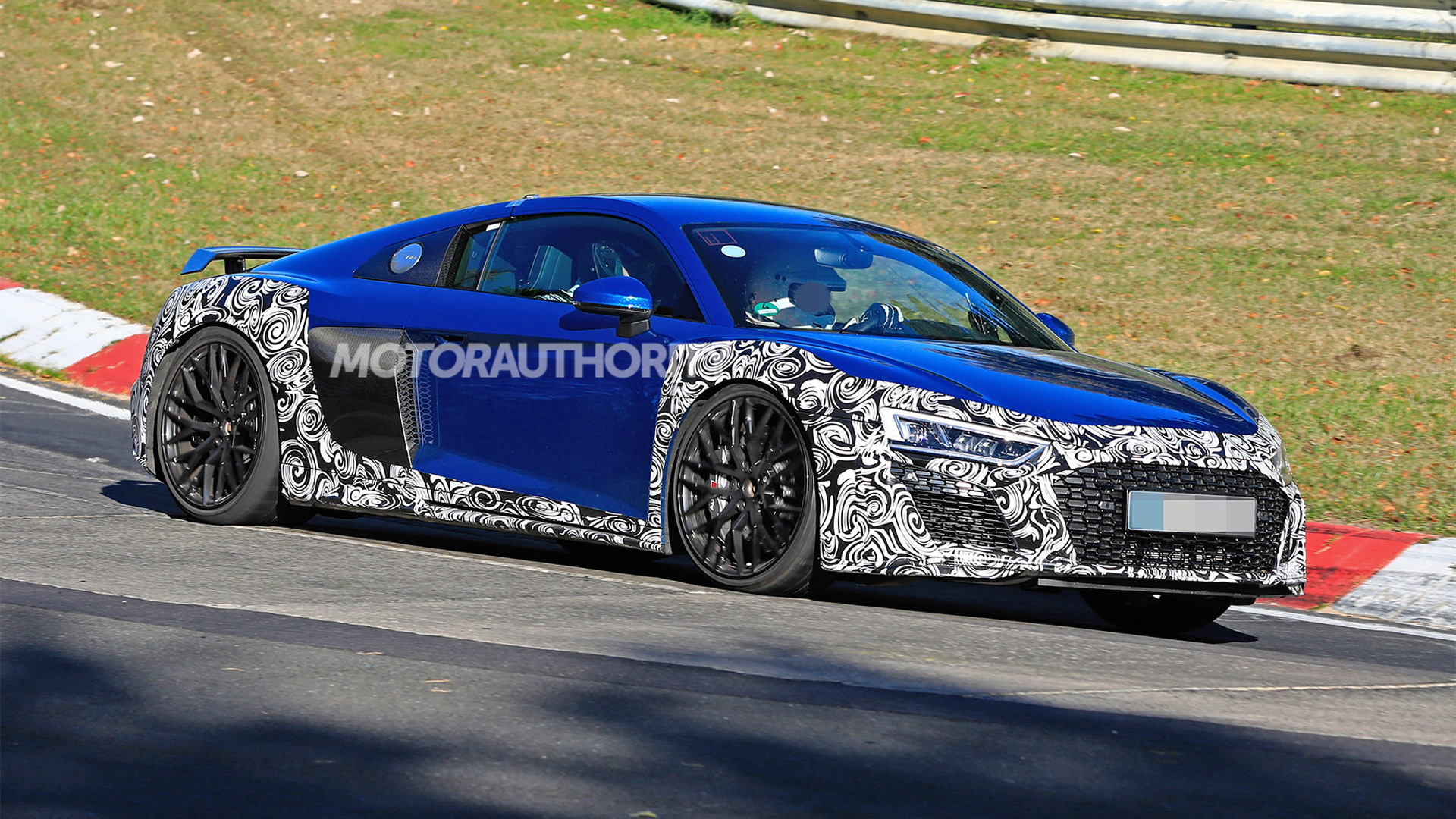 Audi Sport has been spotted testing an updated version of of its R8 supercar.

Previously thought to be a more hardcore GT variant, a source has revealed that the planned changes only constitute a mid-cycle update for the car.

The latest tester is wearing new fascias front and rear as well as large oval exhaust tips instead of the current R8's square-shaped units. A pair of oval exhausts is a signature Audi Sport design trait so perhaps the designers have implemented them to connect the R8 with other models from the Audi Sport lineup.

As for the other changes, we can see the grille has been made wider and flatter. There's also a gap between the headlights and intakes situated below, which take on a more angular shape compared to the intakes currently found on the R8. Finally, there's the new lip spoiler and this leads to extended side skirts on the car's flanks.

At the rear, there's the aforementioned exhaust tips plus a new vent that spans the entirety of the fascia. It's hard to judge, but it's possible there are some active elements in the rear diffuser as well. Audi Sport previewed the new look at the 2018 Paris auto show with the unveiling of the 2019 R8 LMS race car (shown below).

Note, Audi Sport at one point was planning an entry-level R8 V6 powered by a twin-turbocharged V-6. The model was to be aimed at markets with steep taxes for high-displacement engines, though the car is now thought to be off the radar. In fact, Audi Sport doesn't even have a plan for an R8 replacement at this point as the company is looking into electrification for its future models and may launch an all-electric successor to the R8. Audi Sport will also launch the e-tron GT electric super sedan in 2020.

Look for the updated R8 to debut late this year or early next. It should reach showrooms as a 2020 model. An updated version of the R8 Spyder should arrive around the same time.

Things will be quite busy for Audi Sport in the coming years. Other models in the pipeline include an updated TT RS, new RS 7, and new RS Q5 and RS Q8 SUVs.