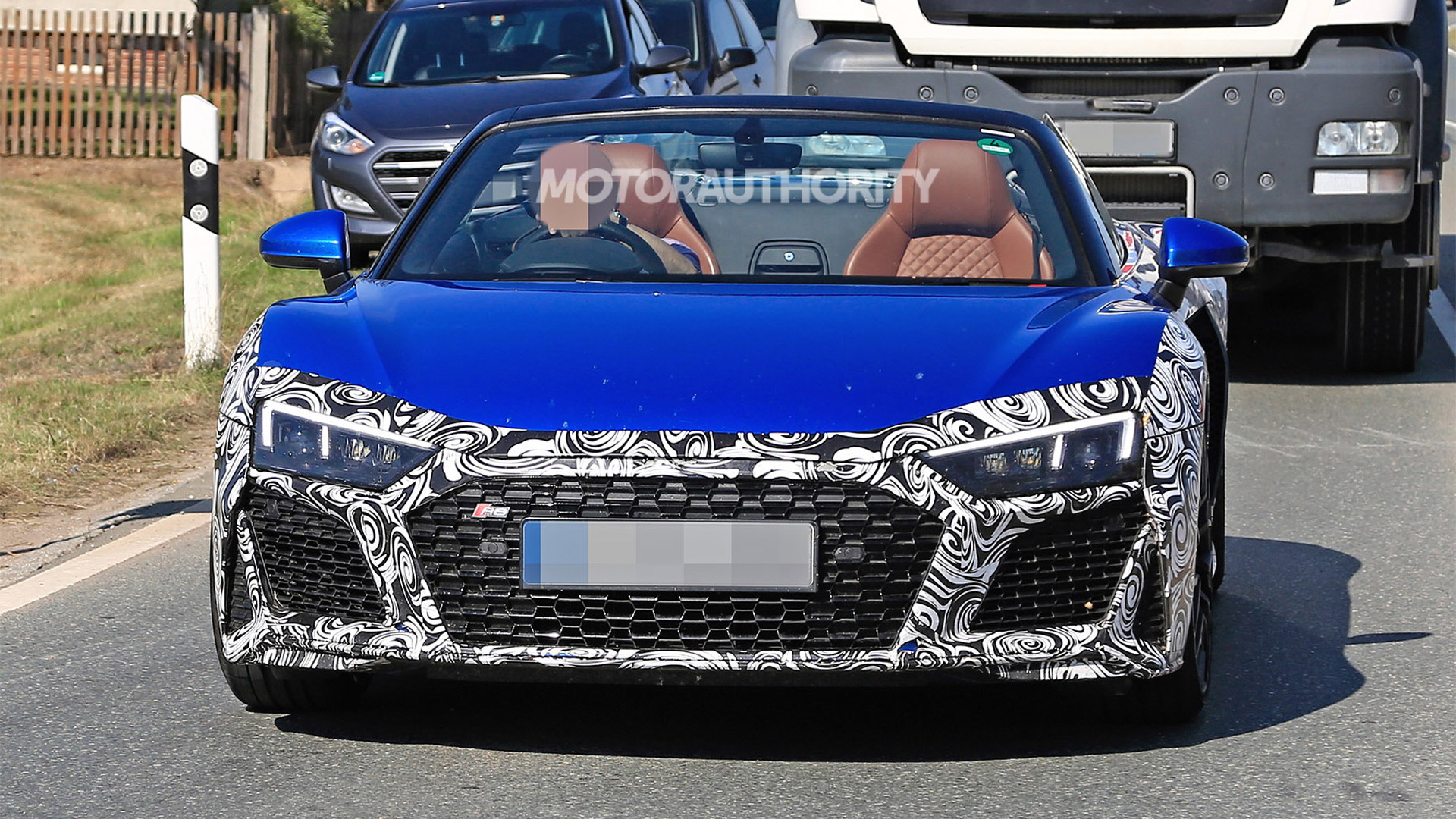 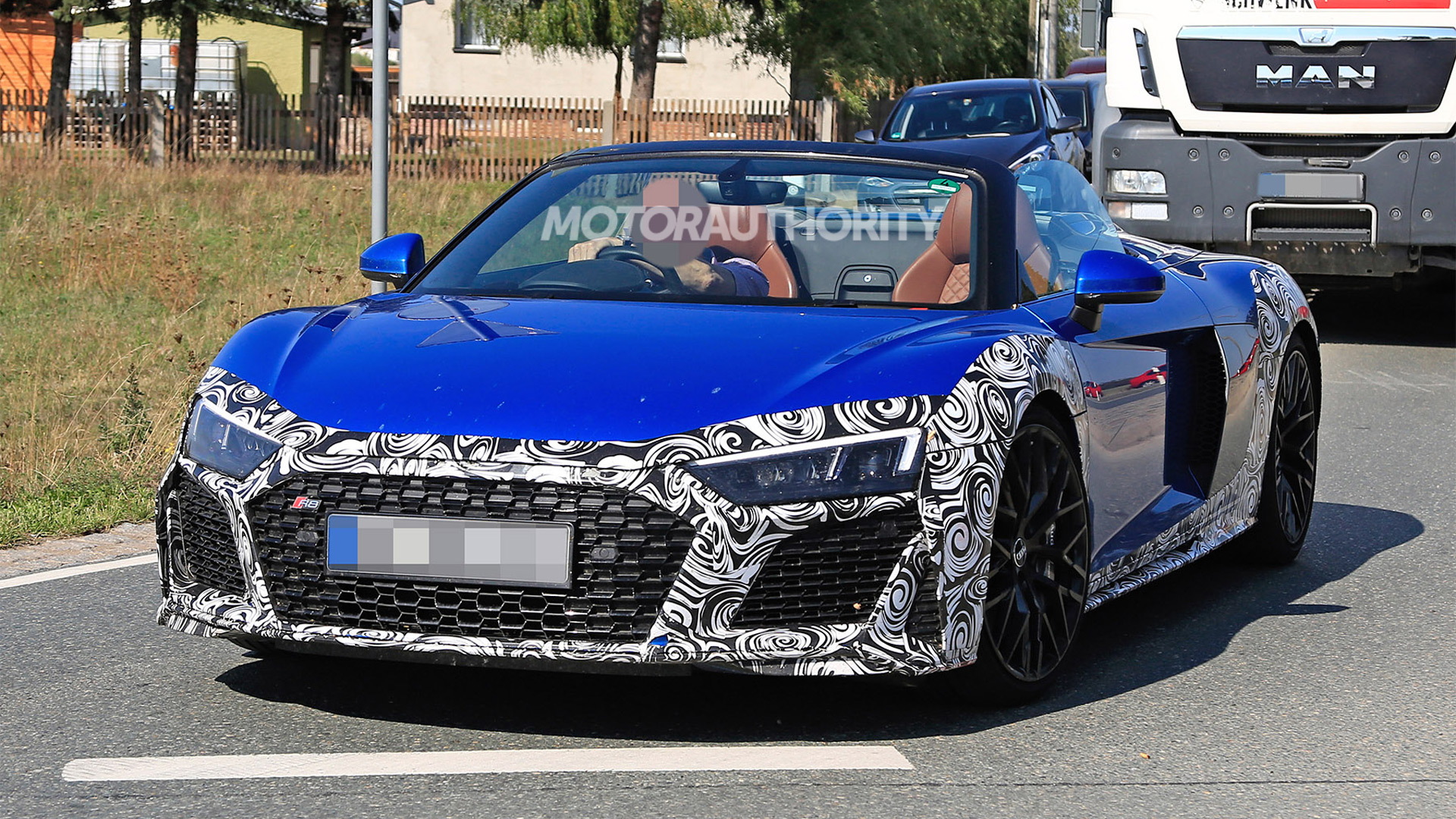 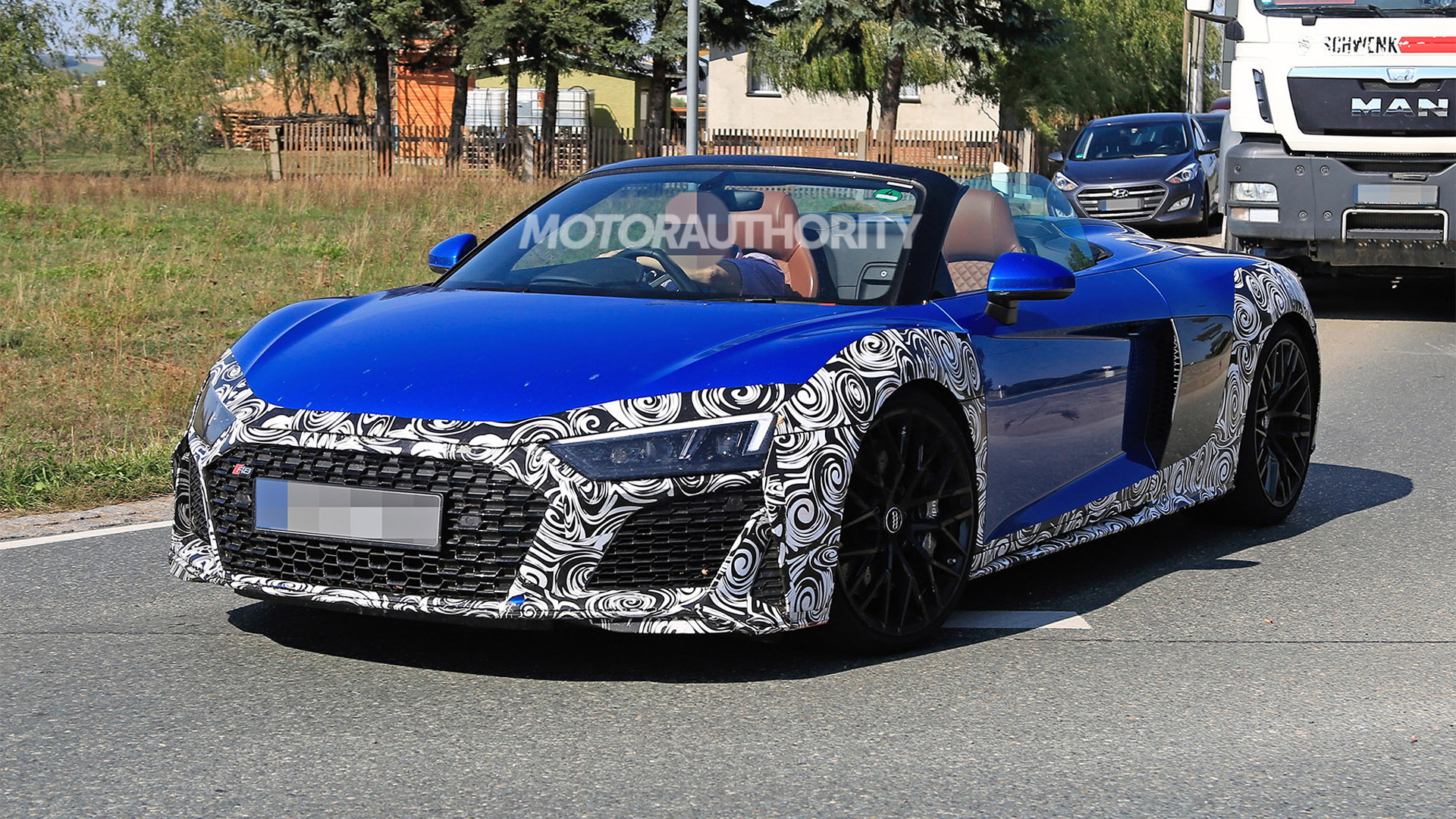 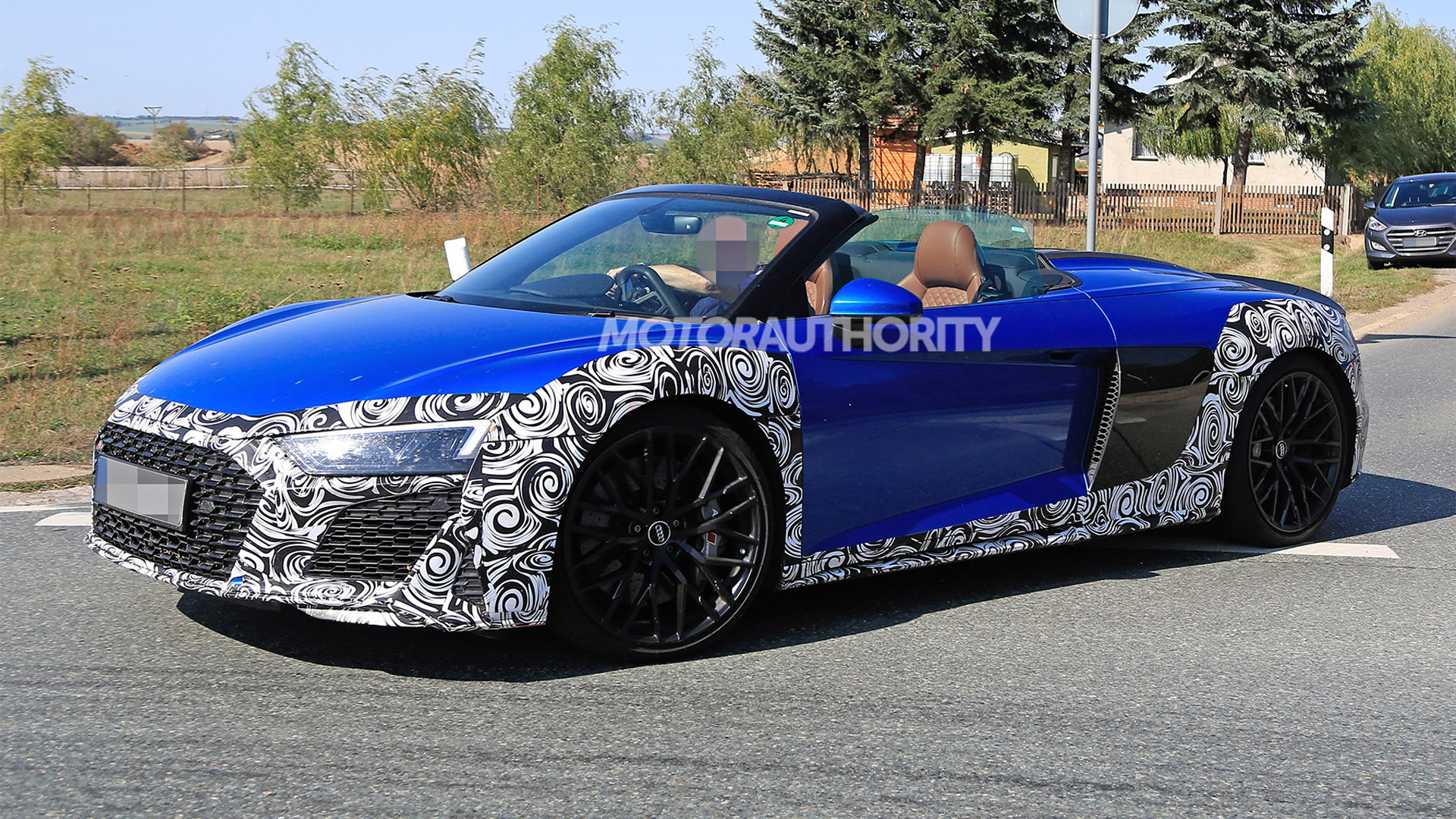 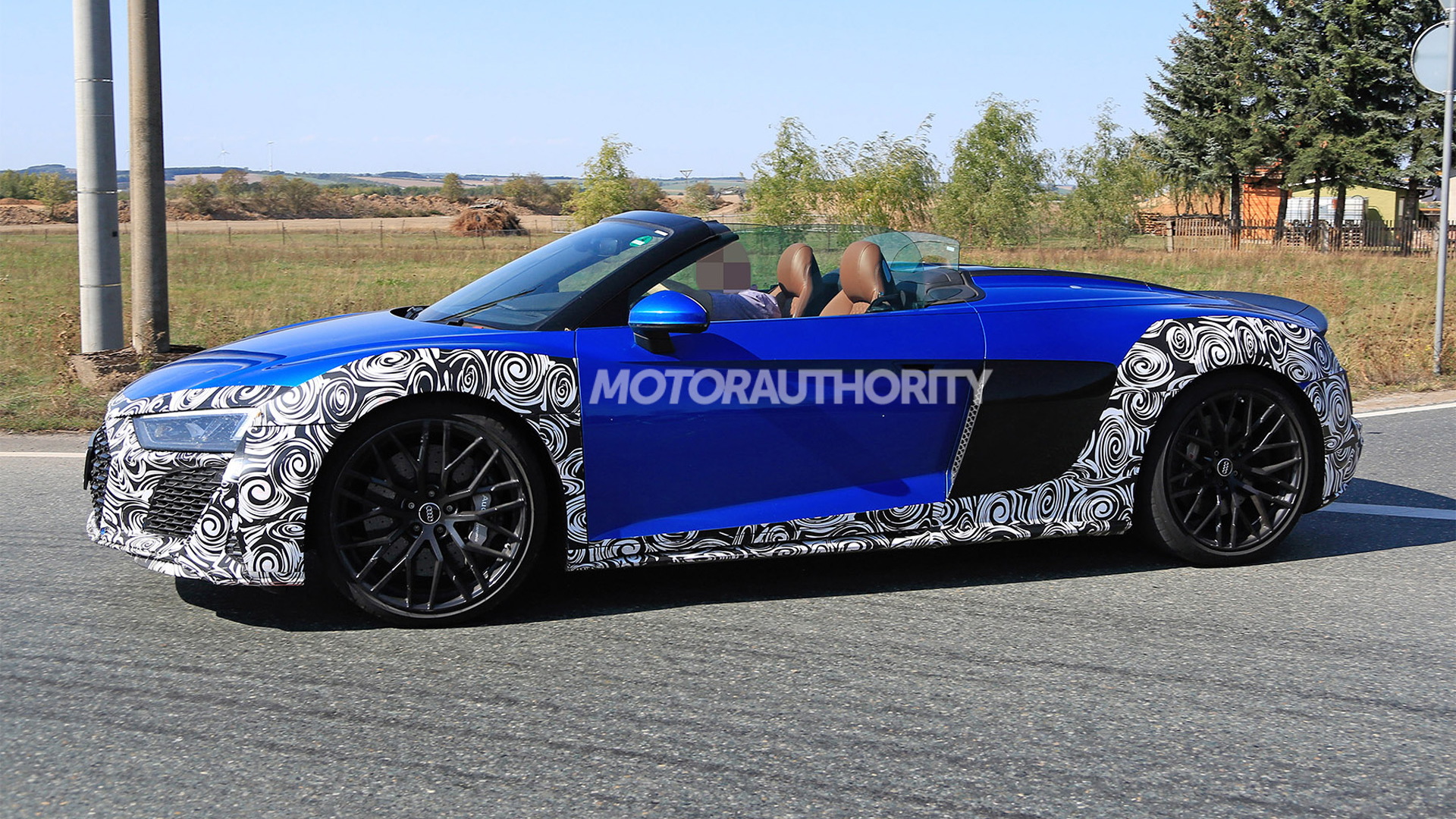 Audi Sport's second-generation R8 supercar is about to receive a round of updates as it reaches the midway point in its life cycle, and today we have the first spy shots of a prototype for the updated R8 Spyder. Previous testers showed the coupe only.

The prototype suggests that the changes will be mild, at least on the outside of the car. Clearly visible are the new fascias front and rear as well as pair of Audi Sport's signature oval exhaust tips. The R8 currently sports a set of square-shaped, quad-exhaust tips. Also at the rear you'll notice the new vent that spans the entirety of the fascia.

Moving to the front of the car, we can see the grille has been made wider and flatter. There's also a gap between the headlights and intakes situated below which take on a more angular shape compared to the intakes currently found on the R8. You'll also notice a secondary intake on either side of the front fascia that looks to be part of an air curtain-like structure. Finally, there's the new lip spoiler and this leads to extended side skirts on the car's flanks.

Audi Sport at one point was planning a new R8 V6 powered by a twin-turbocharged V-6. The model was to be aimed at markets with steep taxes for high-displacement engines, though the car is now thought to be off the radar. In fact, Audi Sport doesn't even have a plan for an R8 replacement at this point as the company is looking into electrification for its future models, including potentially turning the R8 into an electric-only affair.

Look for the updated R8 and R8 Spyder to debut late this year or early next. The cars should reach showrooms as 2020 models. Other Audi Sport models in the pipeline include an updated TT RS, a redesigned RS 7, new RS Q5 and RS Q8 SUVs, and a new electric sedan dubbed the e-tron Gran Turismo.