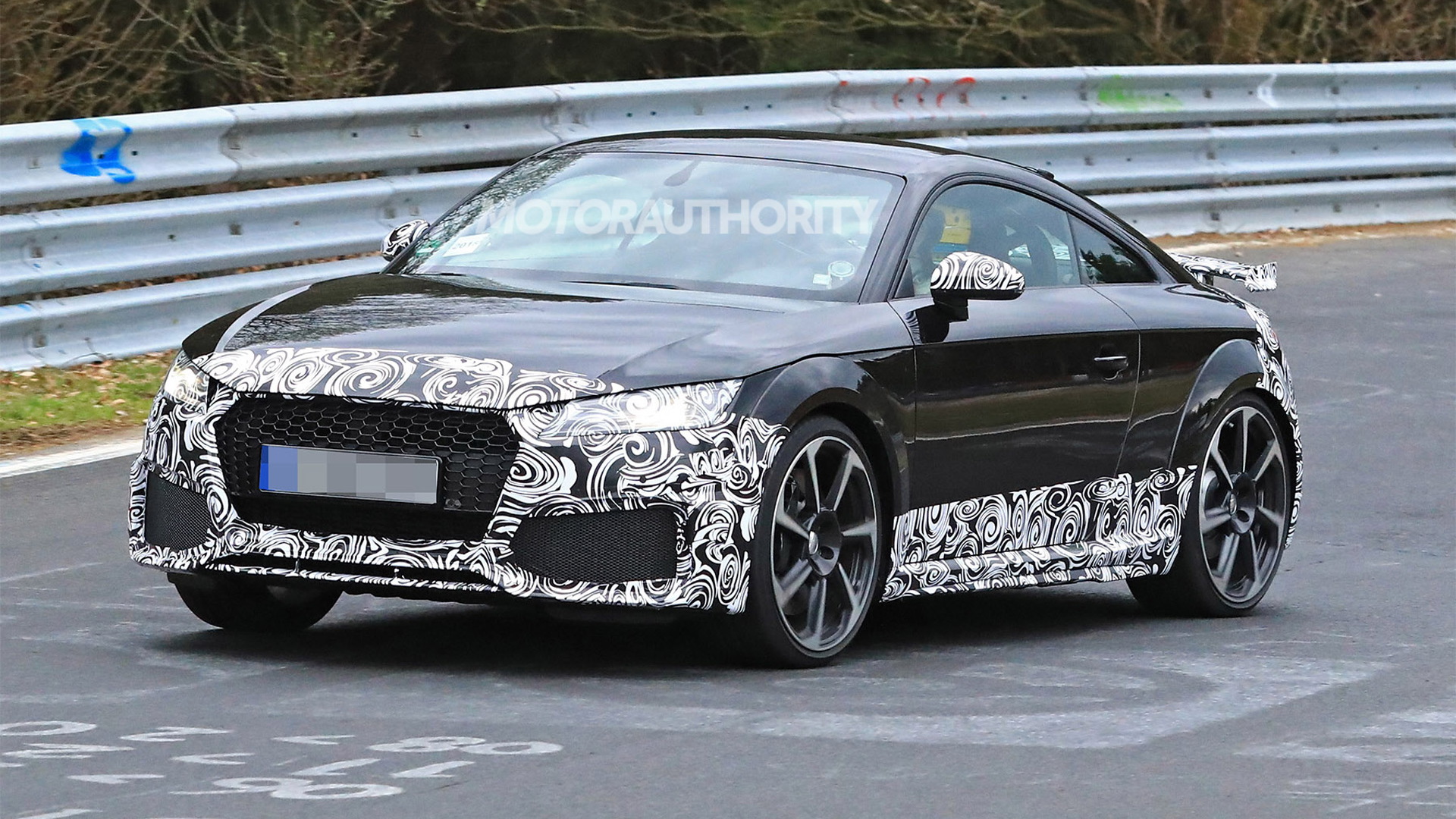 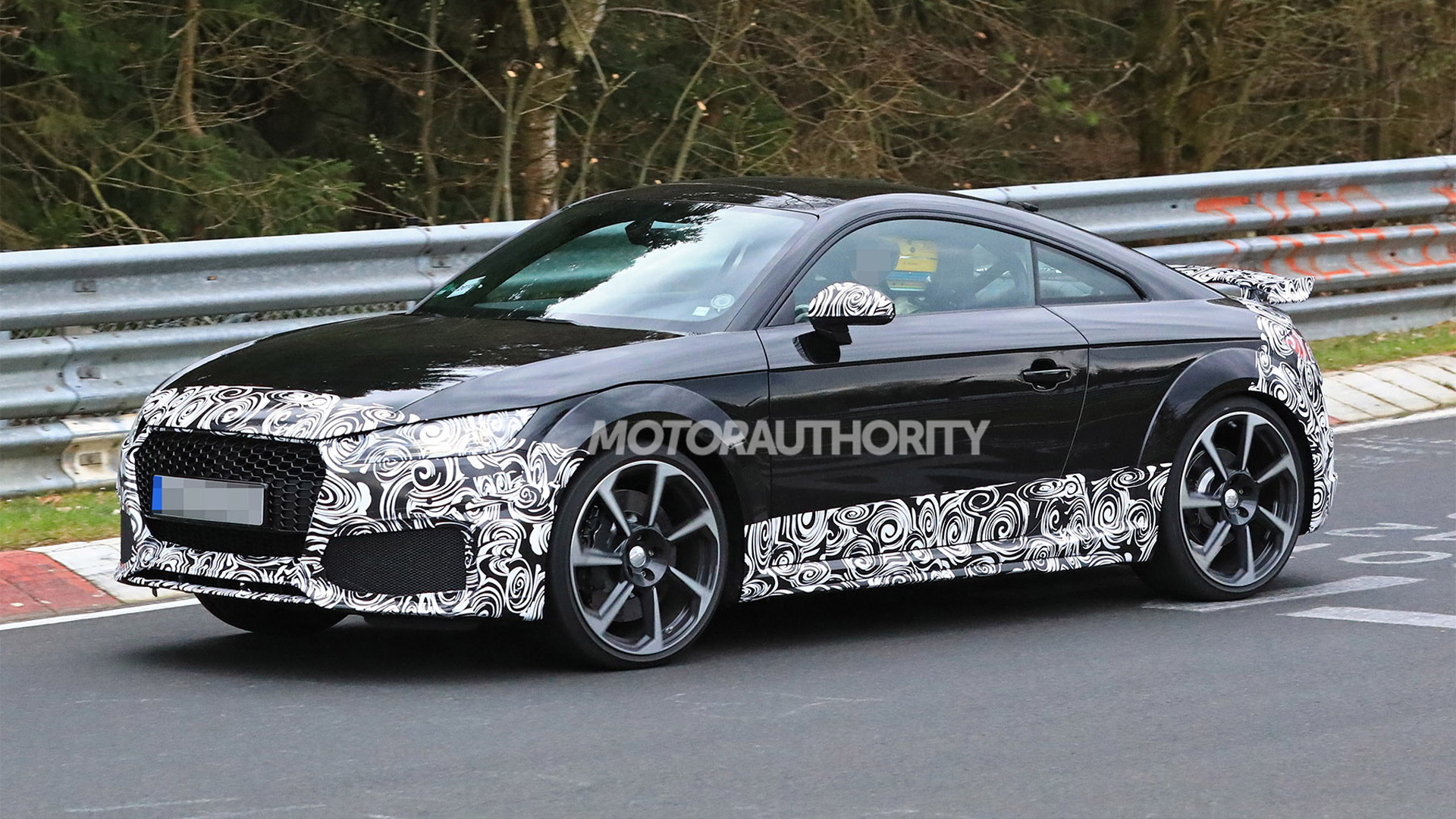 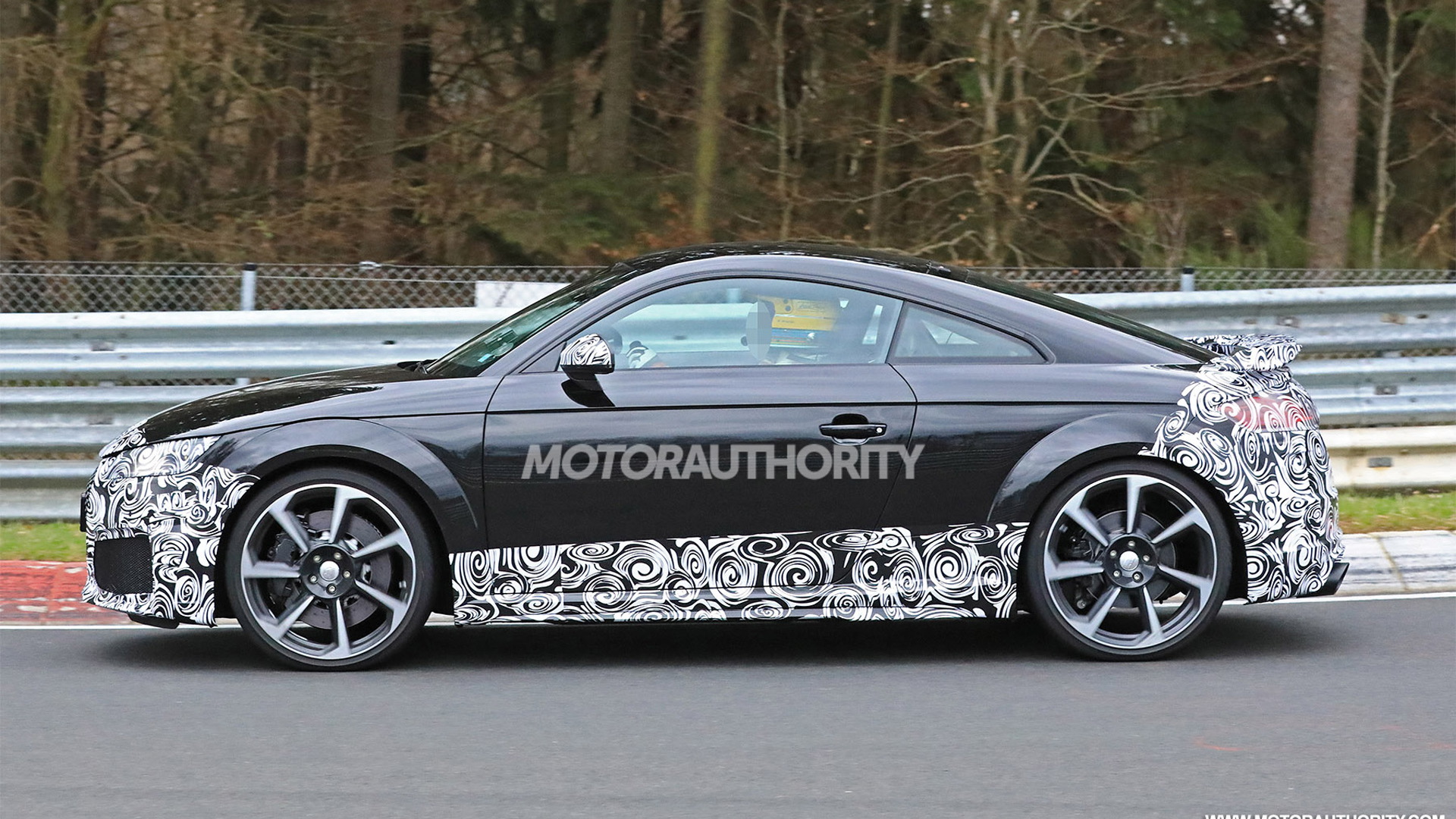 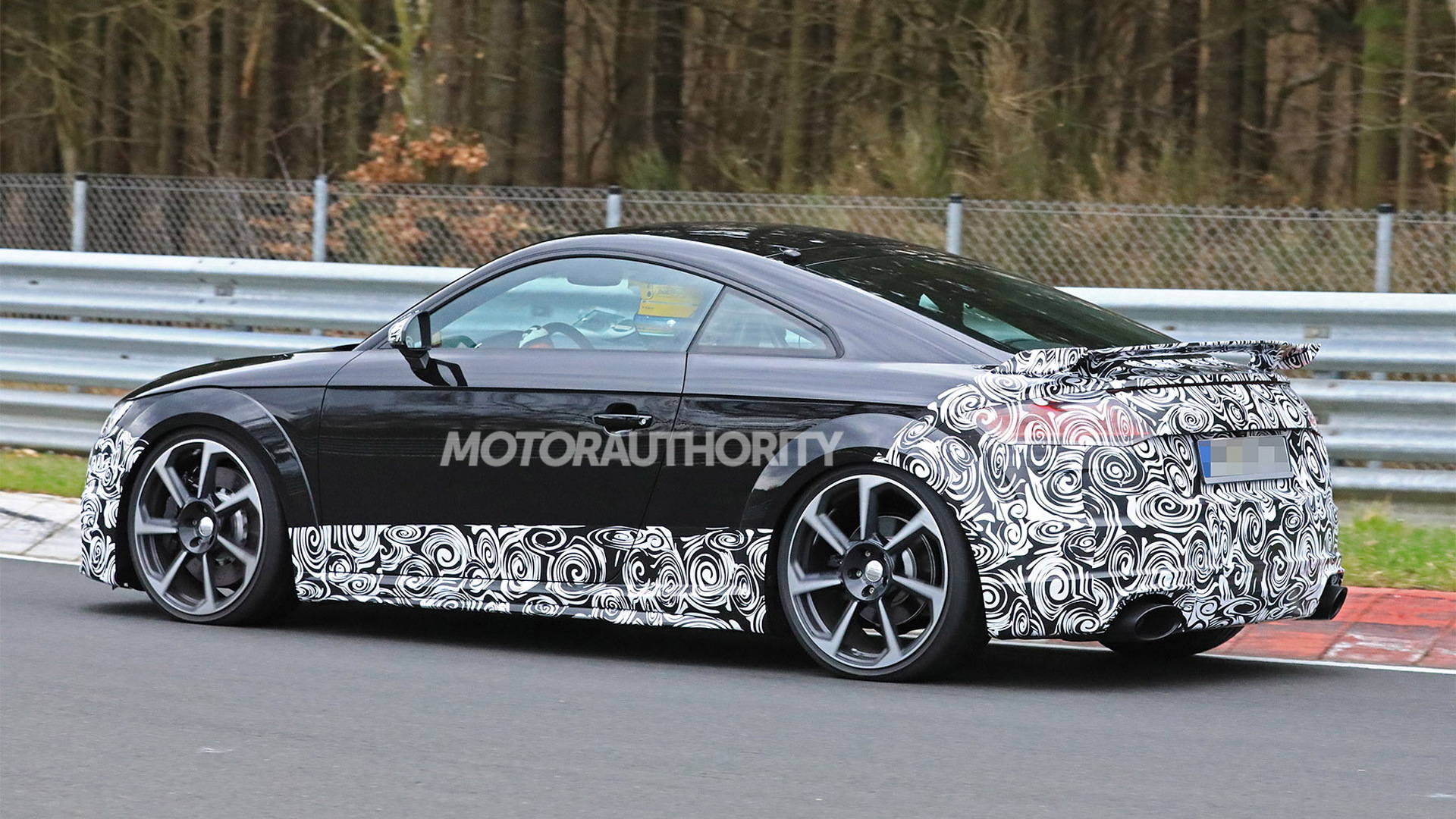 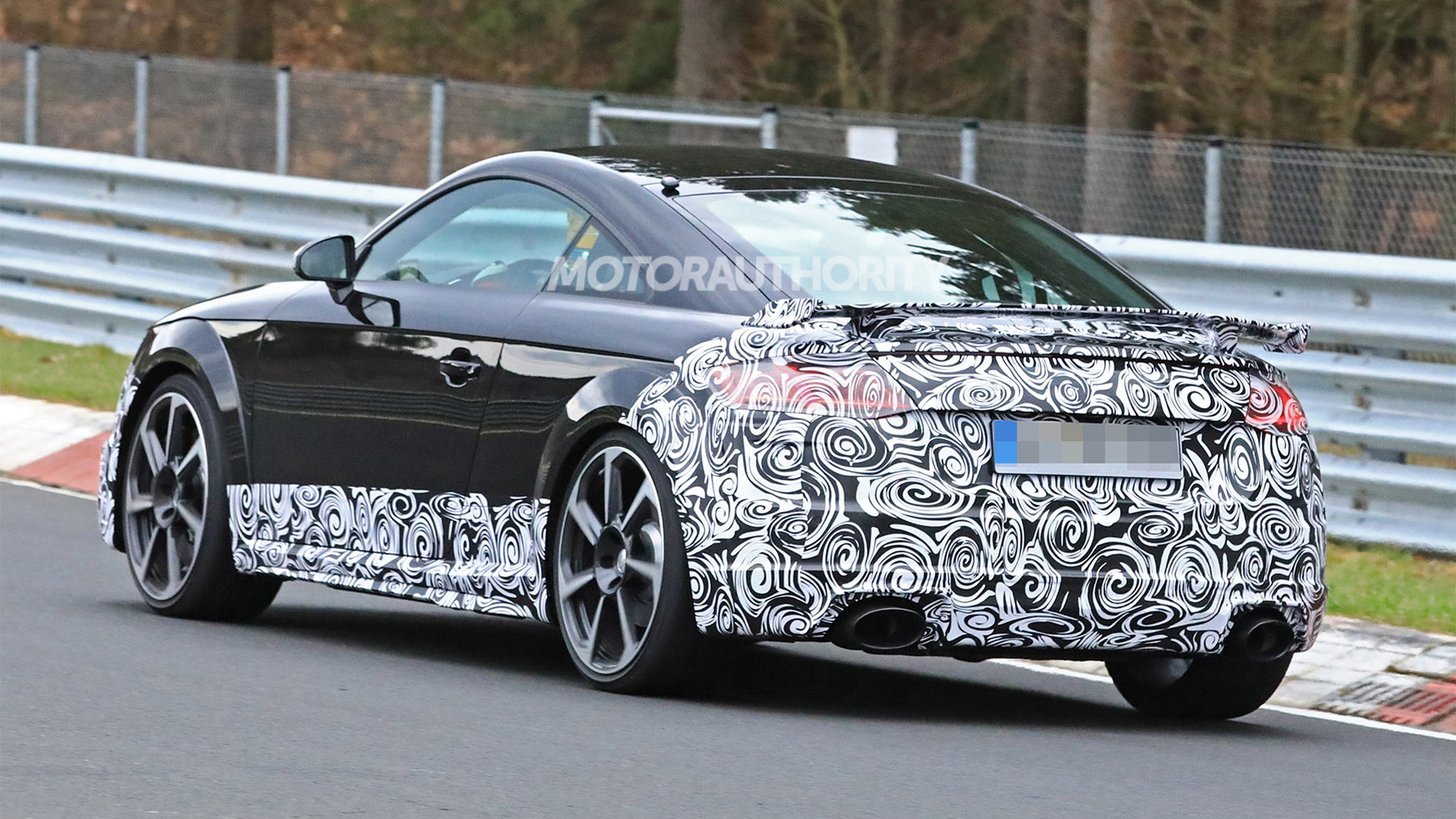 Audi's TT RS is due to come in for some minor updates as confirmed by our spy shots and video of a prototype testing at the Nürburgring.

We expect only minor tweaks to the front and rear fascias of the car along with new internals for the headlights.

It isn't clear what changes will take place in the cabin, though we could see an updated infotainment system and new electronic driver aids fitted.

Don't expect Audi to swap out the car's 2.5-liter turbocharged inline-5. However, there might be some improvements aimed at boosting output while curbing emissions. The engine makes 400 horsepower and 354 pound-feet of torque in the current TT RS and drives all four wheels via a 7-speed dual-clutch transmission and all-wheel-drive system. The system can send up to 100 percent of the drive torque to the rear wheels when necessary.

We find the TT RS to be a fast, agile car that does a good job of handling a track, despite it sharing a platform with the humble Volkswagen Golf (that says more about the Golf, really). However, we feel its $65,875 starting price is on the steep side when you consider the equally fun BMW M2 can be had for a little over $50,000. The more practical CLA45 from Mercedes-AMG also starts close to $50k and there's the mechancially similar RS 3 starting below $60k as well.

The updated TT RS should hit showrooms next year as a 2020 model, where it will join similarly updated versions of the regular TT coupe and TT Roadster. The current TT was introduced for 2016, so the updates represent a mid-cycle update for the third-generation model.