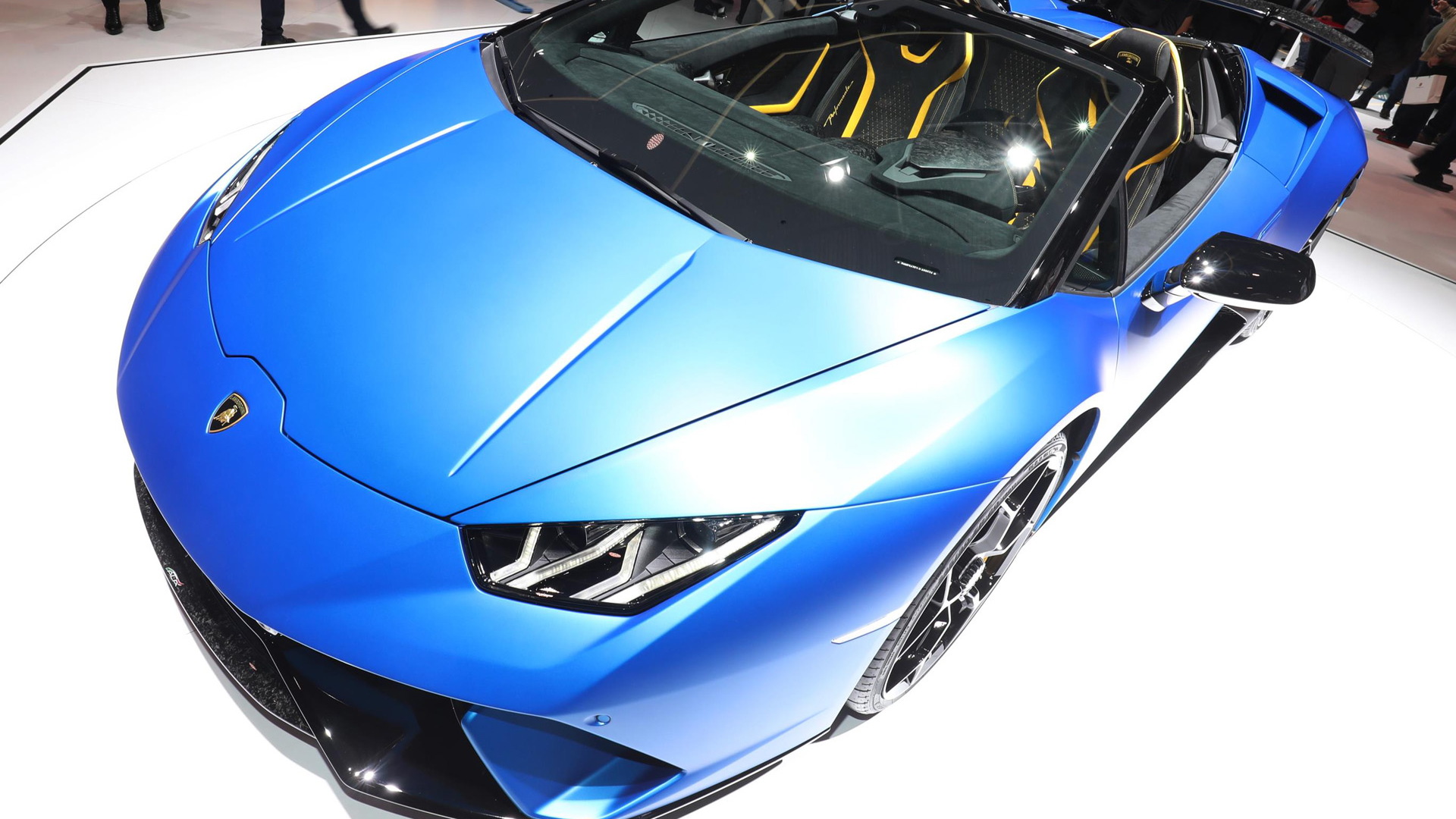 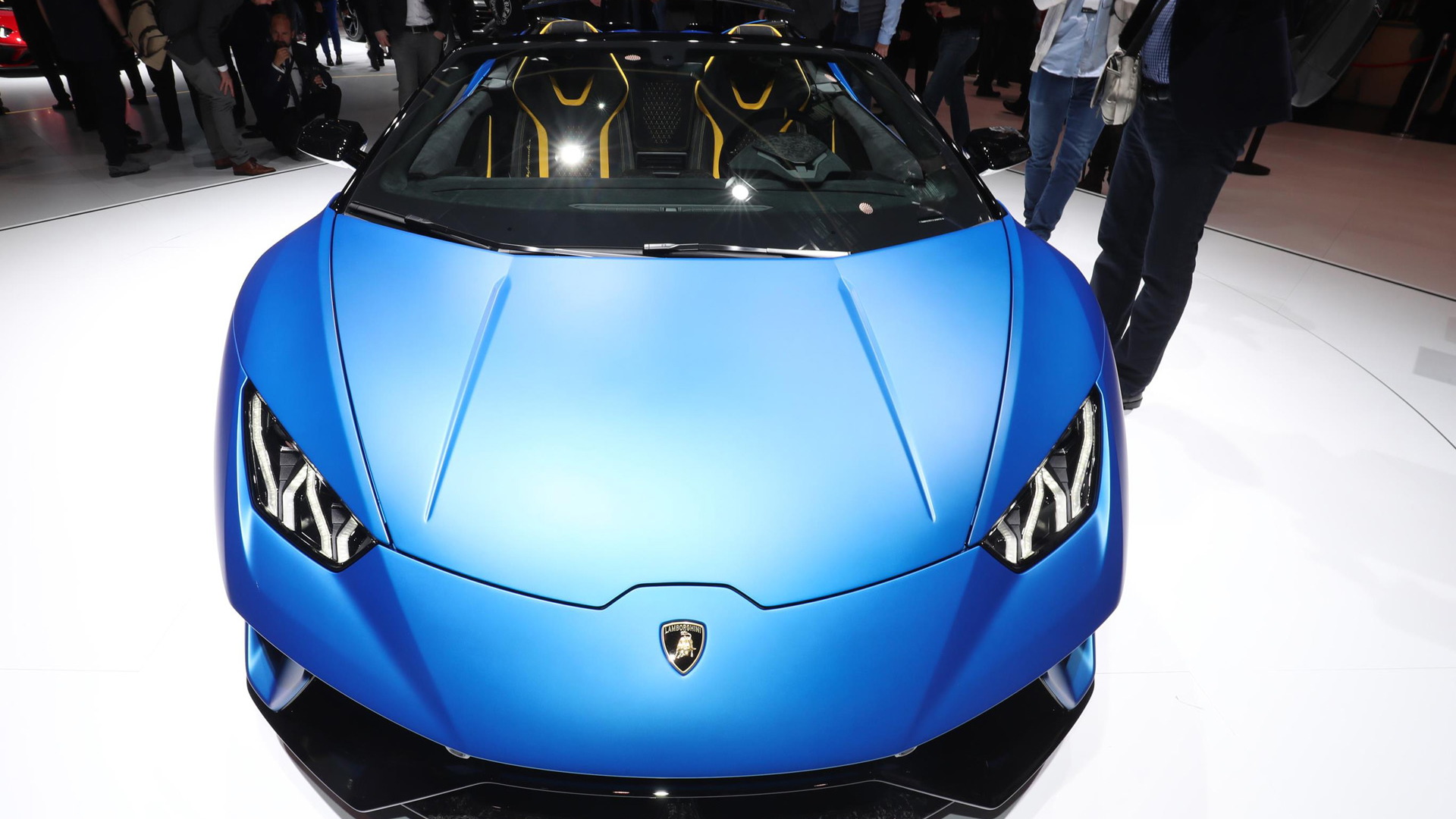 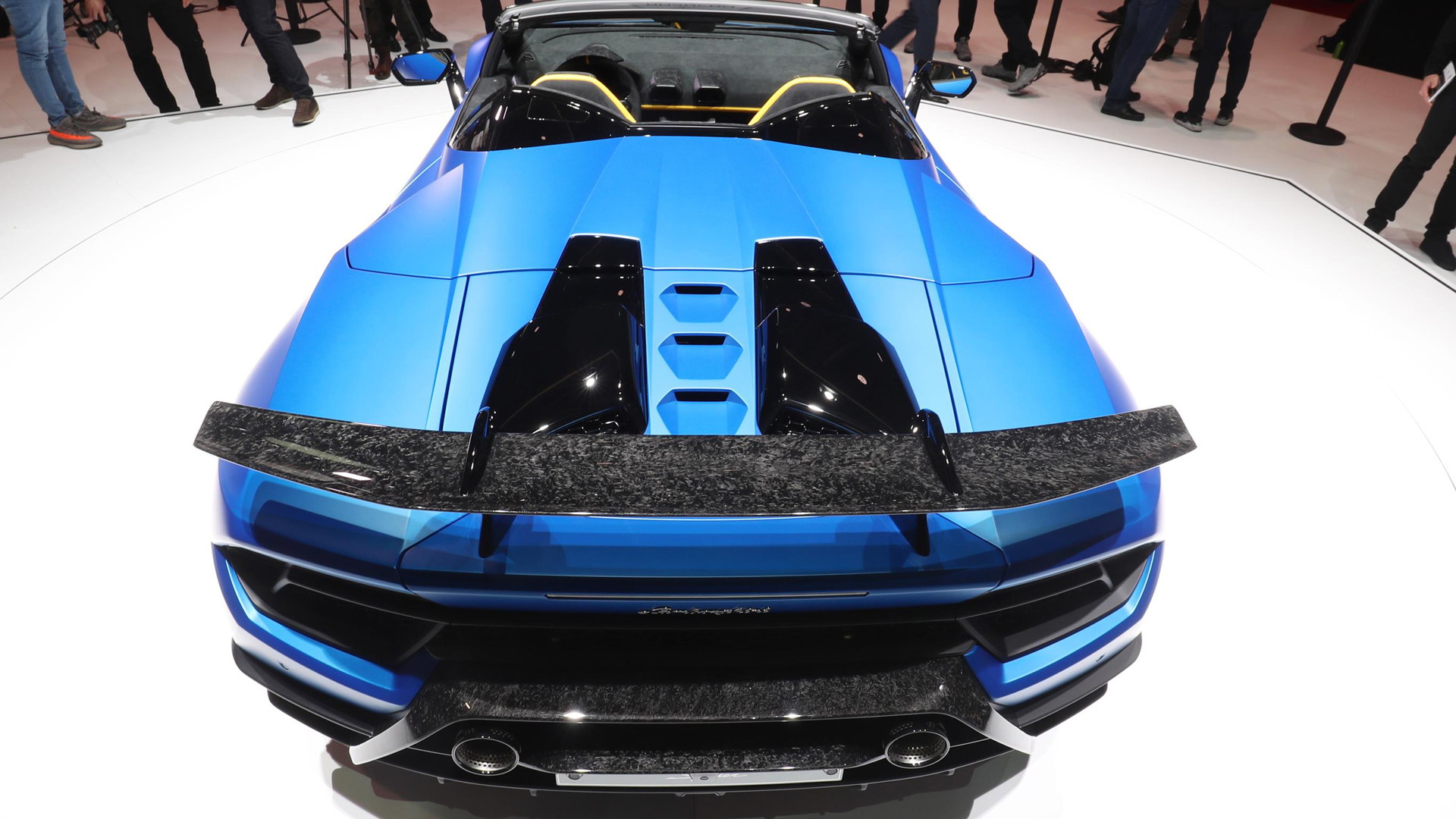 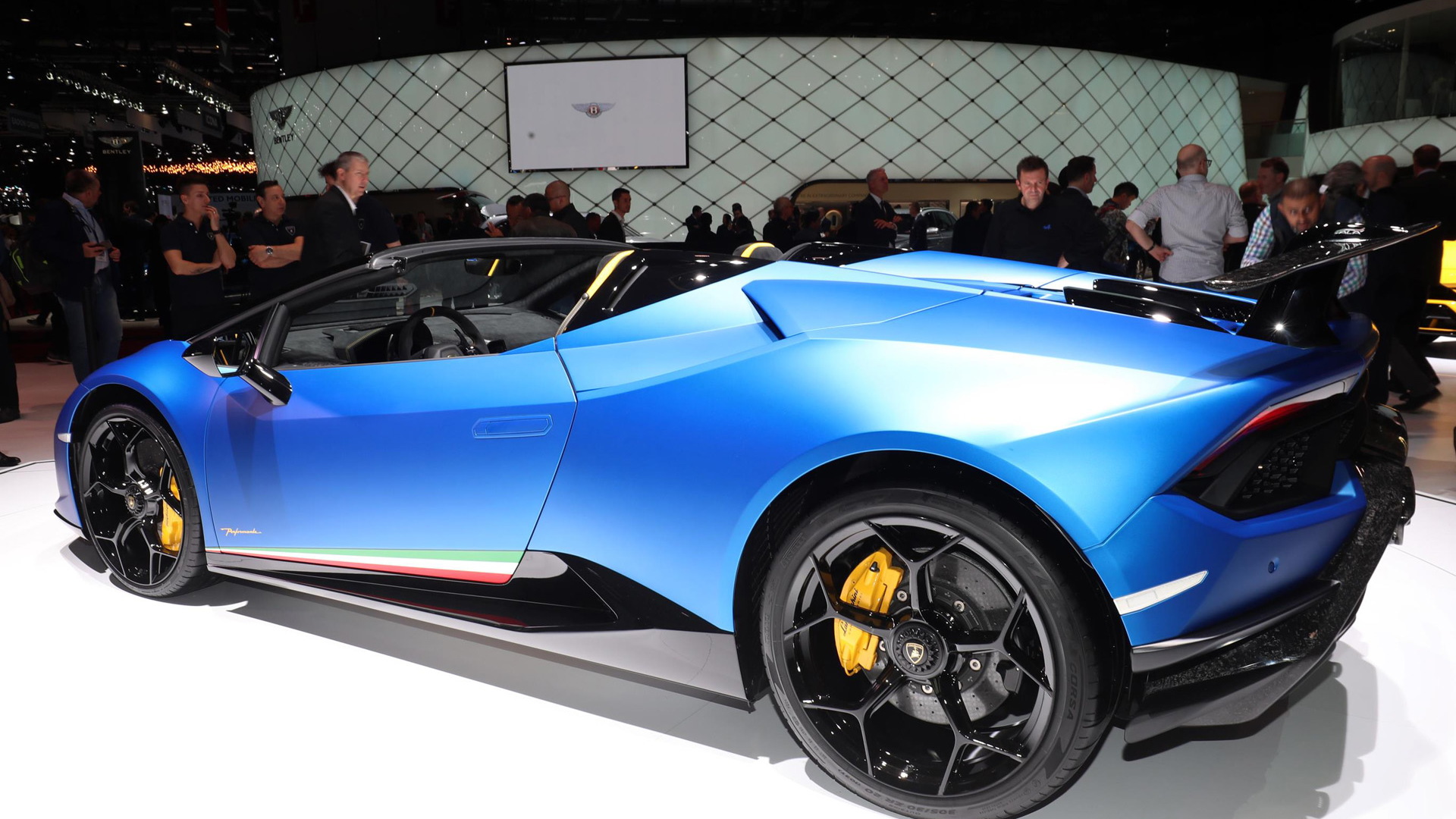 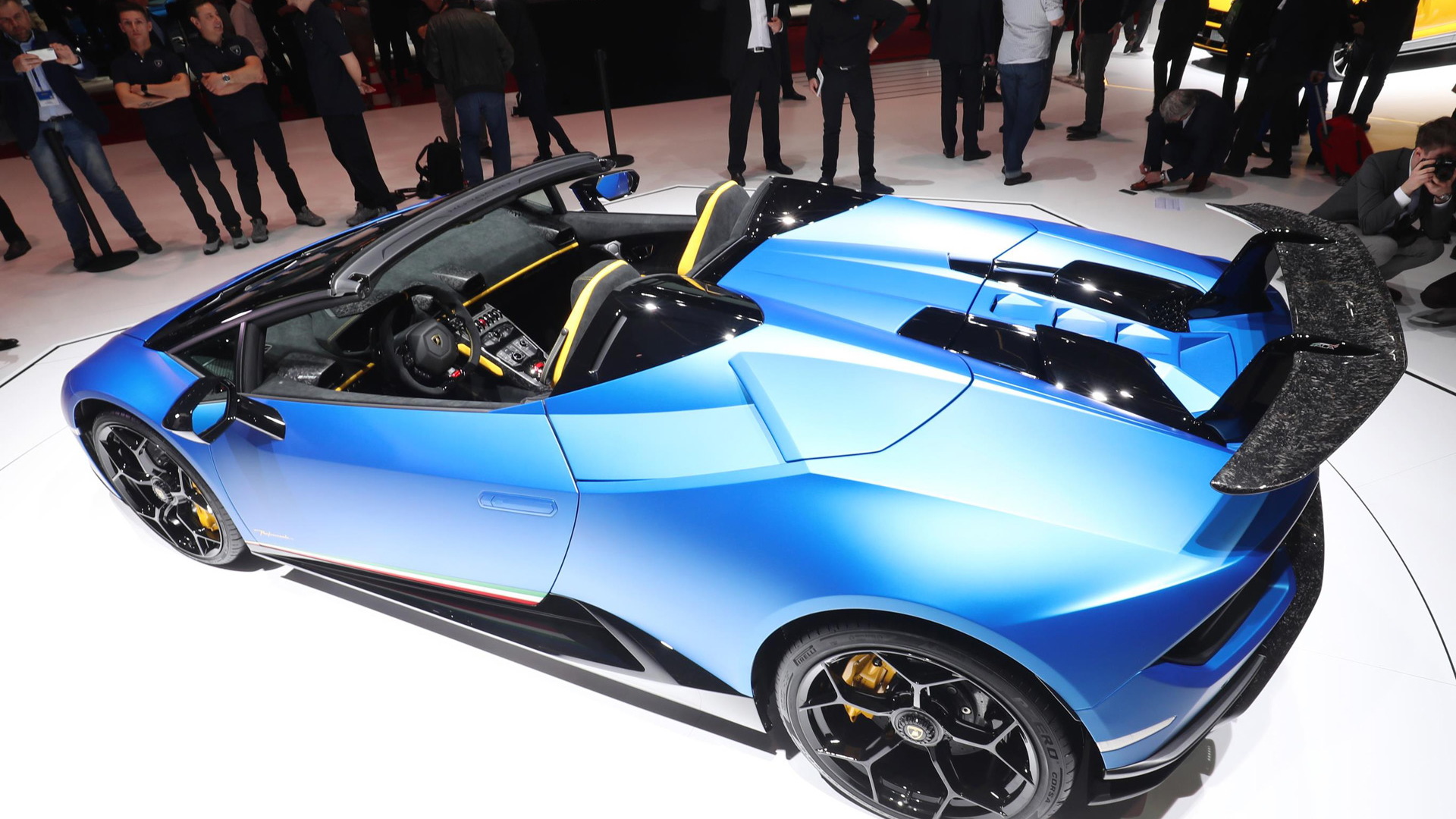 On Tuesday at the 2018 Geneva International Motor Show, the automaker introduced a convertible version of its lightweight Huracán Performante, offering the well-heeled enthusiast an old-school, 640-horsepower engine, limitless headroom, and not a single self-driving system or hybrid option.

Let's talk about that engine—it's the latest take on Lamborghini's familiar 5.2-liter V-10, generating 640 hp and 442 pound-feet of torque, just as it does in the hardtop model. But it's what drivers need to ask the Huracán's engine to do that makes its output so sexy. Spin the engine up to 6,500 rpm to hit the peak torque figure, while peak horsepower will arrive shortly after, at 8,000 rpm.

Exercise the engine at exploit those figures and the Huracán Performante Spyder will arrive at 62 miles per hour in just 3.1 seconds, doubling its speed by the 9.3-second mark. In a move that's particularly impressive, this new softtop boasts the same 202-mph top speed as its coupe counterpart.

Scoring those stats without a roof requires, unsurprisingly, some lightweight goodness. According to Lamborghini, it found 77 pounds of fat to remove, replacing what it could with forged carbon-fiber components.

Impressive as the Huracán Performante Spyder is, we can't help but feel a little disappointed—across the Palexpo, Ferrari's new 488 Pista is generating 711 horsepower from its twin-turbocharged V-8 and hitting 60 in just 2.85 seconds. Both of these vehicles are relative dinosaurs compared to the all-electric and self-driving stuff being shown across the Geneva auto show, but their power outputs are yet another reminder that as fun as big V-10 engines are, there is in fact a replacement for displacement.