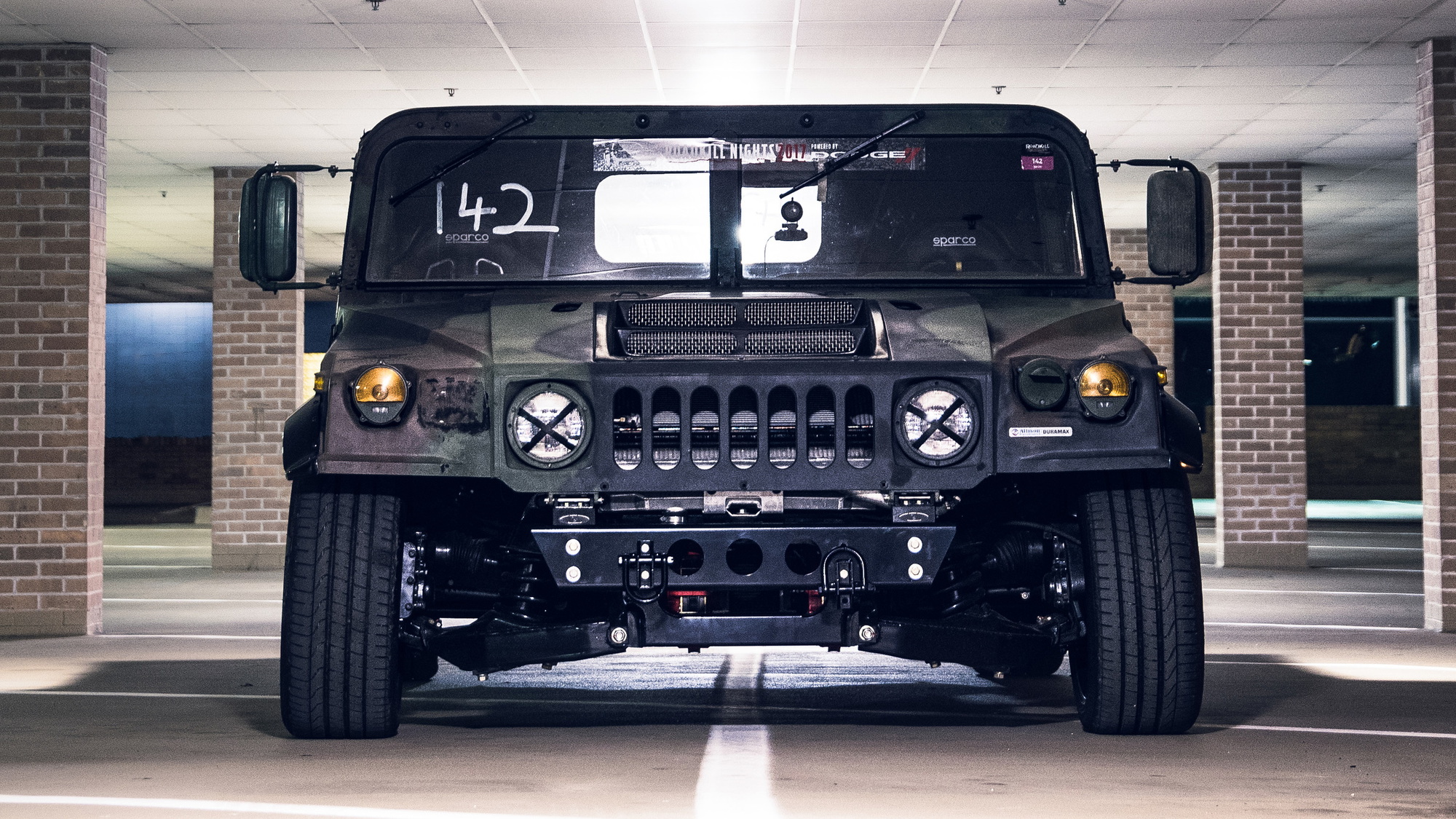 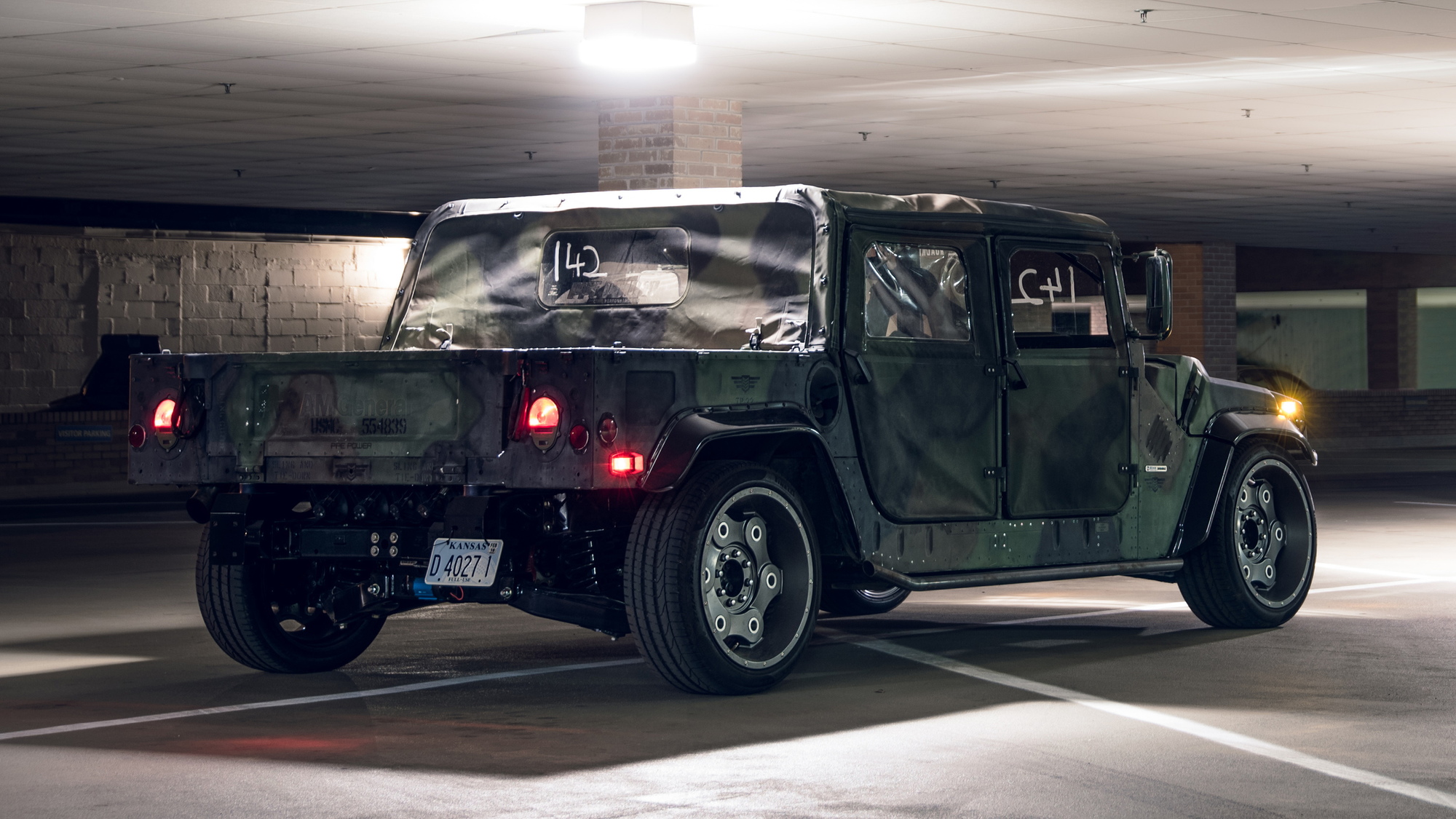 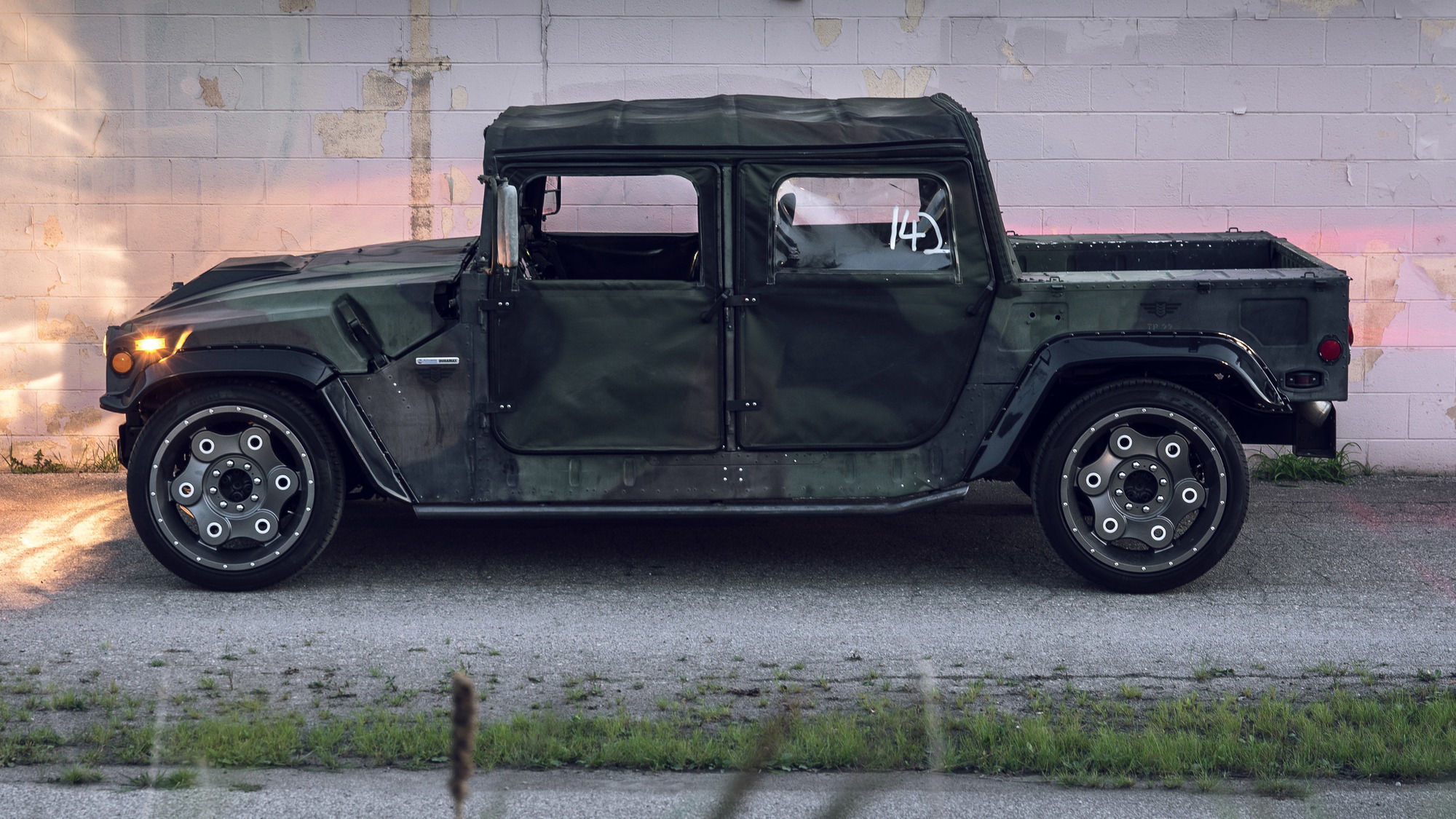 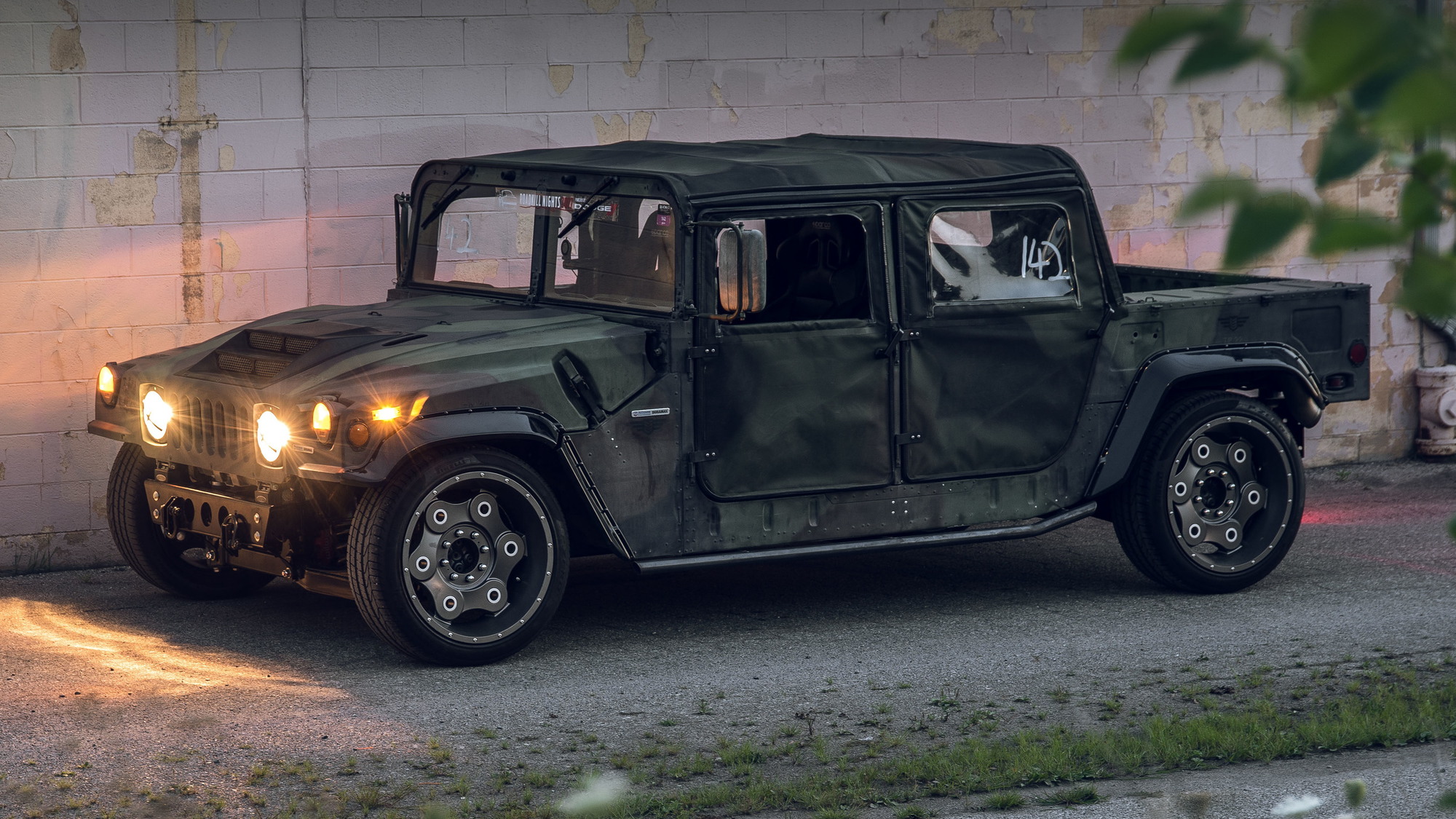 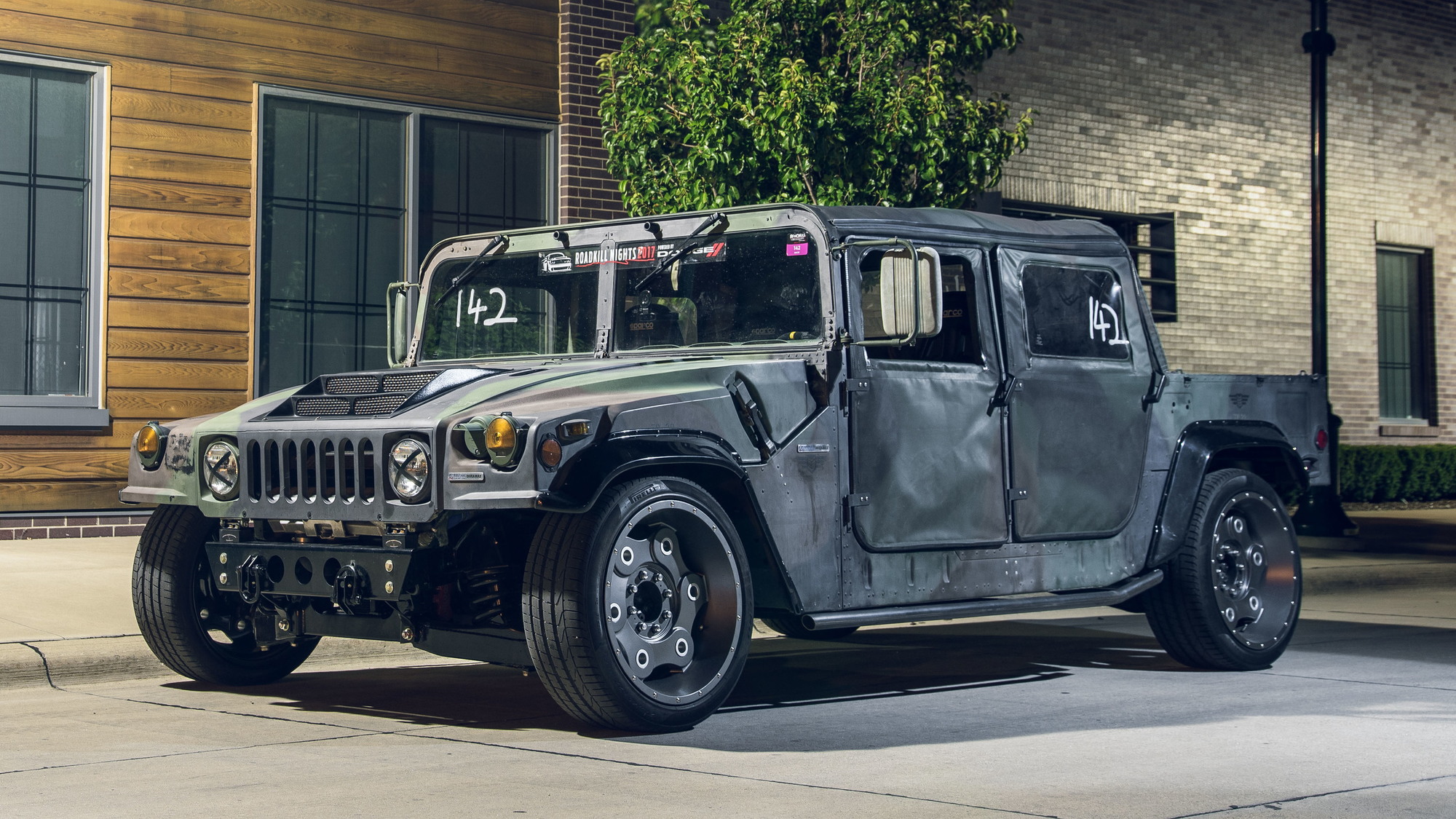 Just because a track build could be described as questionable doesn't mean we're not interested in learning more about it. Exhibit H for this discussion is Mil-Spec Automotive's new Hummer H1 that's been reworked on-road or on-track handling instead of off-road capability. Yes, you read that correctly.

Starting with a four-door Hummer H1 pickup truck model, the Mil-Spec crew slammed it 7 inches closer to the ground, according to Autoblog. In-board brakes boast 6-piston calipers, and a set of Pirelli P-Zero tires keep the truck focused on the next corner. More importantly, though, the DuraMax 6.6-liter V-8 diesel delivers 800 horsepower and 1,500 pound-feet of torque. This is clearly enough power to get those expensive tires spinning, as evidenced by the Instagram video above. Autoblog notes that the truck was built for powertrain testing and to highlight the company's capabilities.

We've already seen those capabilities, but with a focus on off-roading, in three examples of Mil-Spec's reimagined Hummer H1. These are not cheap project trucks. Each one has been fully reworked to incorporate upgraded suspension, fresh body panels, luxurious interior, appointments and a built-up engine. If the customer wants more, Mil-Spec is also happy to add auxiliary lighting, air-suspension seats, and whatever else their hearts and wallets desire.

At the moment, Mil-Spec has no plans to replicate this build for public consumption. If someone else in this world wants a track-focused Hummer H1 and has the cash to get it done, we're pretty sure Mil-Spec would oblige. Hopefully, there are a bunch lunatics with a desire for such a beast so we can get a Hummer H1 road-racing spec series going.

It would have to be more entertaining than the current Formula 1 season, no?