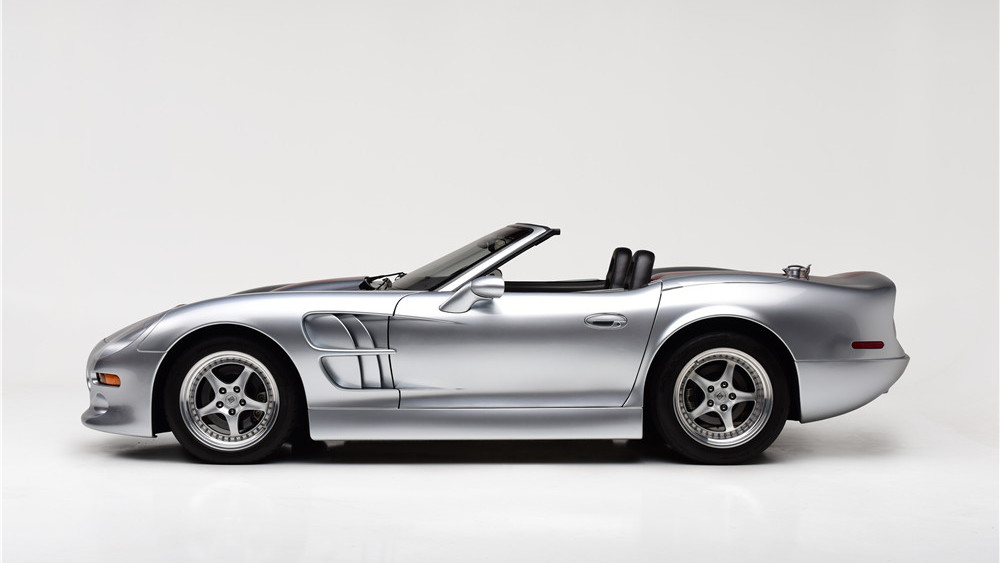 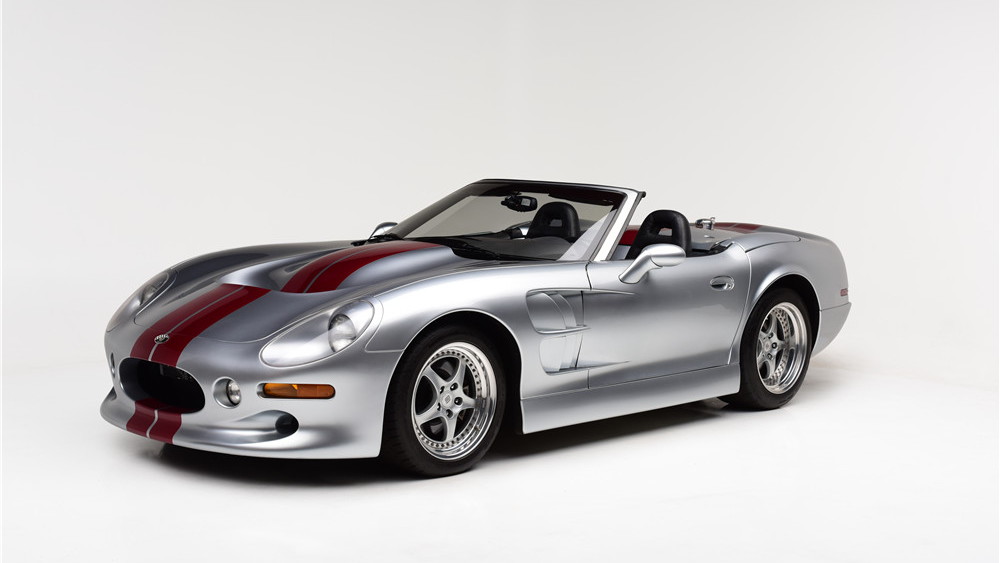 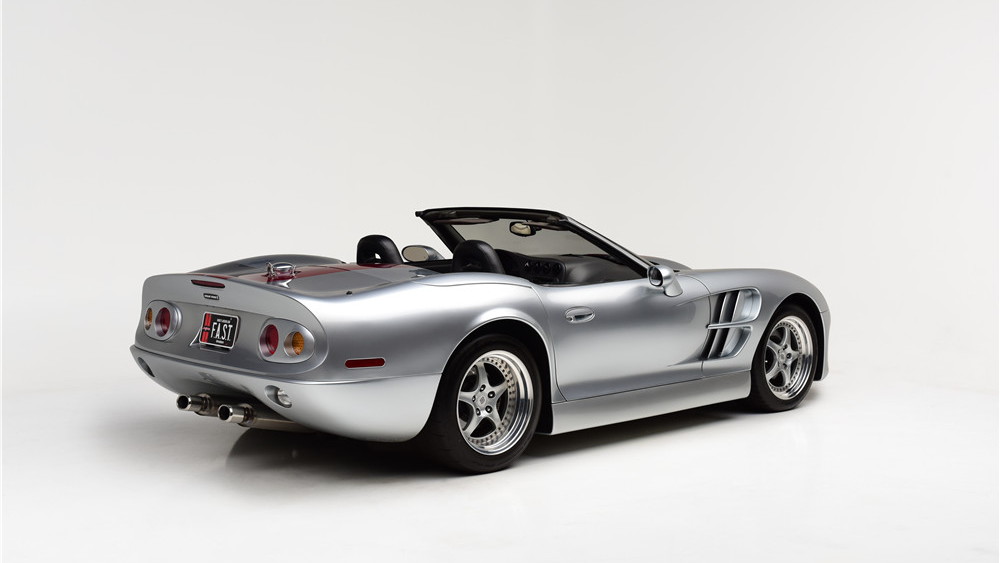 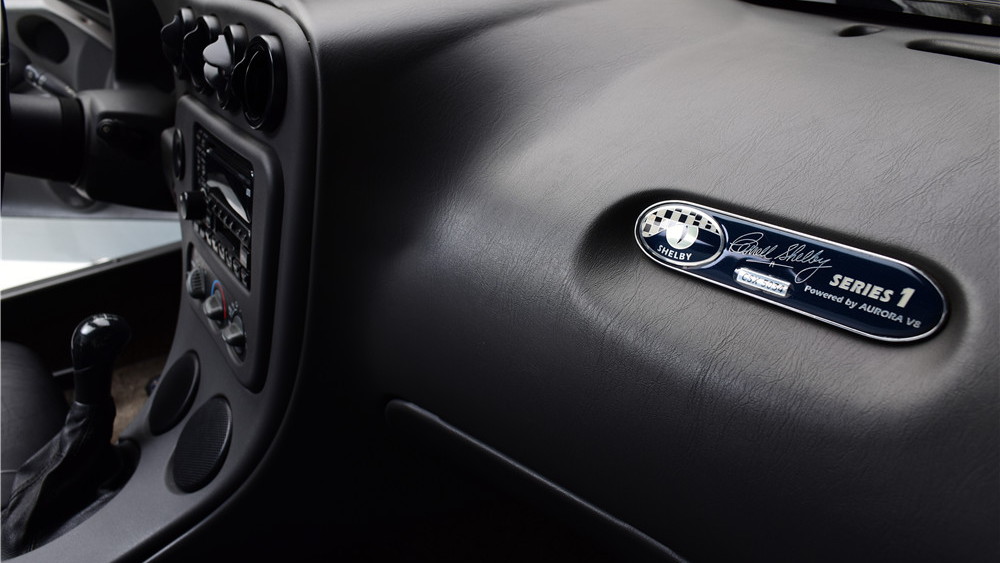 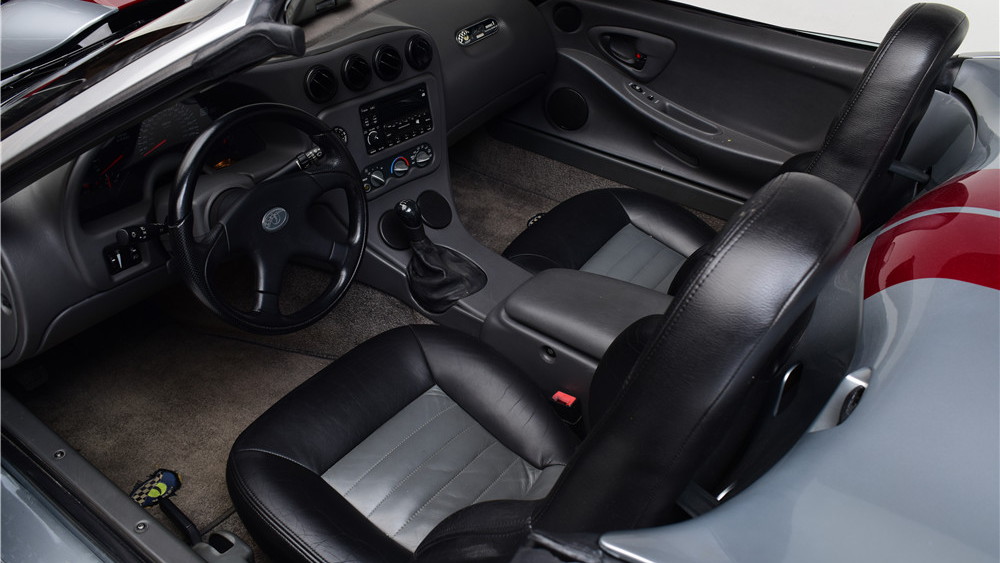 In the late 1990s, legendary racer and factory tuner Carroll Shelby wanted to build a car from the ground up. His firm Shelby American designed, developed, and built the Series 1, and produced it in limited quantities. It's a rare bird to be sure, and one of the 249 built is set to cross the Barrett-Jackson auction block in Las Vegas.

Shelby is also known for building the Shelby Cobras, but those cars used AC bodies, so the Series 1 is the only vehicle Carroll and crew fully designed on their own. Yes, they used someone else's powertrain, but the chassis, body, and interior were all Shelby. Under the hood, Shelby American opted to fit a modified version of the Oldsmobile Aurora dual-overhead cam 4.0-liter V-8 engine in two versions. The base engine made 320 horsepower, while a supercharged variant produced 450 hp.

Backing up the Olds engine was a 6-speed manual transaxle acquired from ZF and shared with the Corvette. The car heading to auction has red Le Mans stripes over the silver body, and is one of just 60 with the supercharged package. It also features a heavy-duty clutch, air conditioning, and Shelby five-spoke aluminum wheels.

The Series 1 proved an intriguing machine when it arrived in 1999, yet it never truly caught on with the enthusiast masses. This past May Shelby American announced an effort to revive the car with modern mechanicals. It's called the Series 2 and it uses original Series 1 aluminum honeycomb monocoque chassis to serve as the donor platforms. The body is slightly reworked and aluminum and carbon fiber are used throughout to aid in dropping the curb weight. That Oldsmobile V-8 is ditched in favor of either a 427-cubic-inch Ford FE big block or a Windsor small block, which means there's the potential for far more power on tap.

Perhaps the winning bidder of this Series 1 will be interested in performing such upgrades. Or maybe he or she will prefer to keep the car as Shelby envisioned it originally. After all, this is just the 34th example of 249 cars and it wear less than 10,000 miles on its odometer.

No reserve will hold back the sale price of this Shelby, which will cross the auction block during Barrett-Jackson's Las Vegas event set for Sept. 27 through 29.