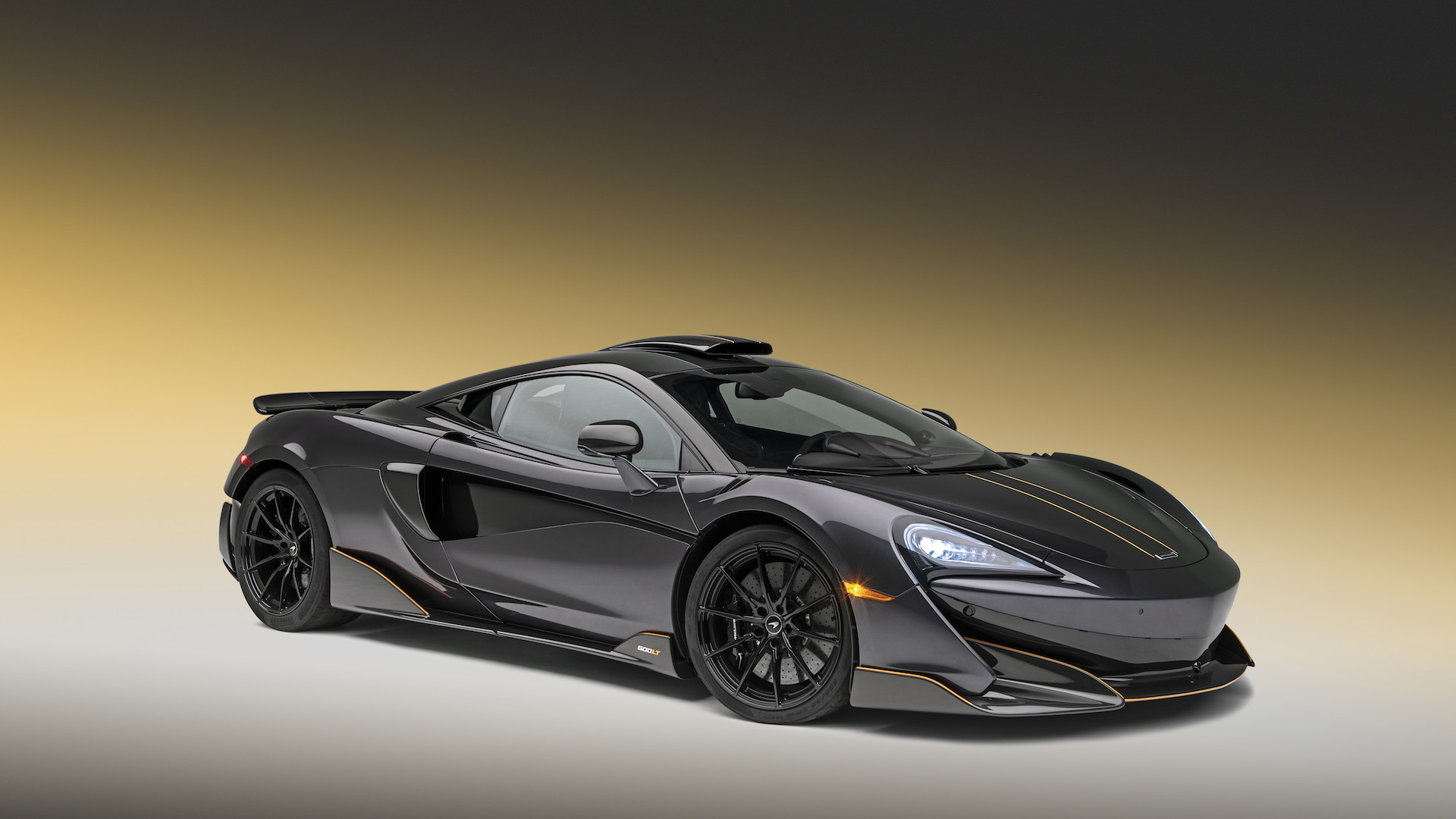 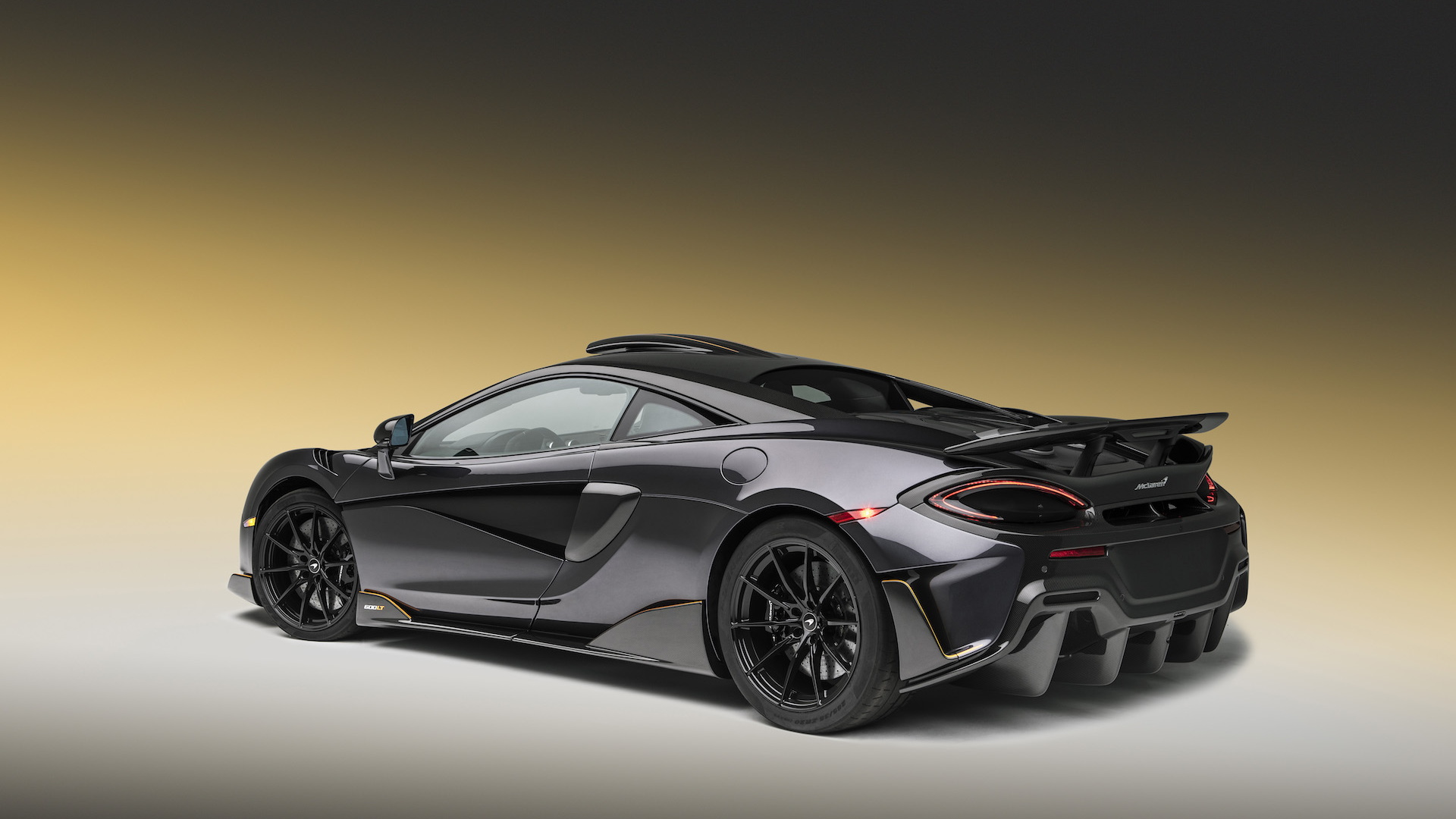 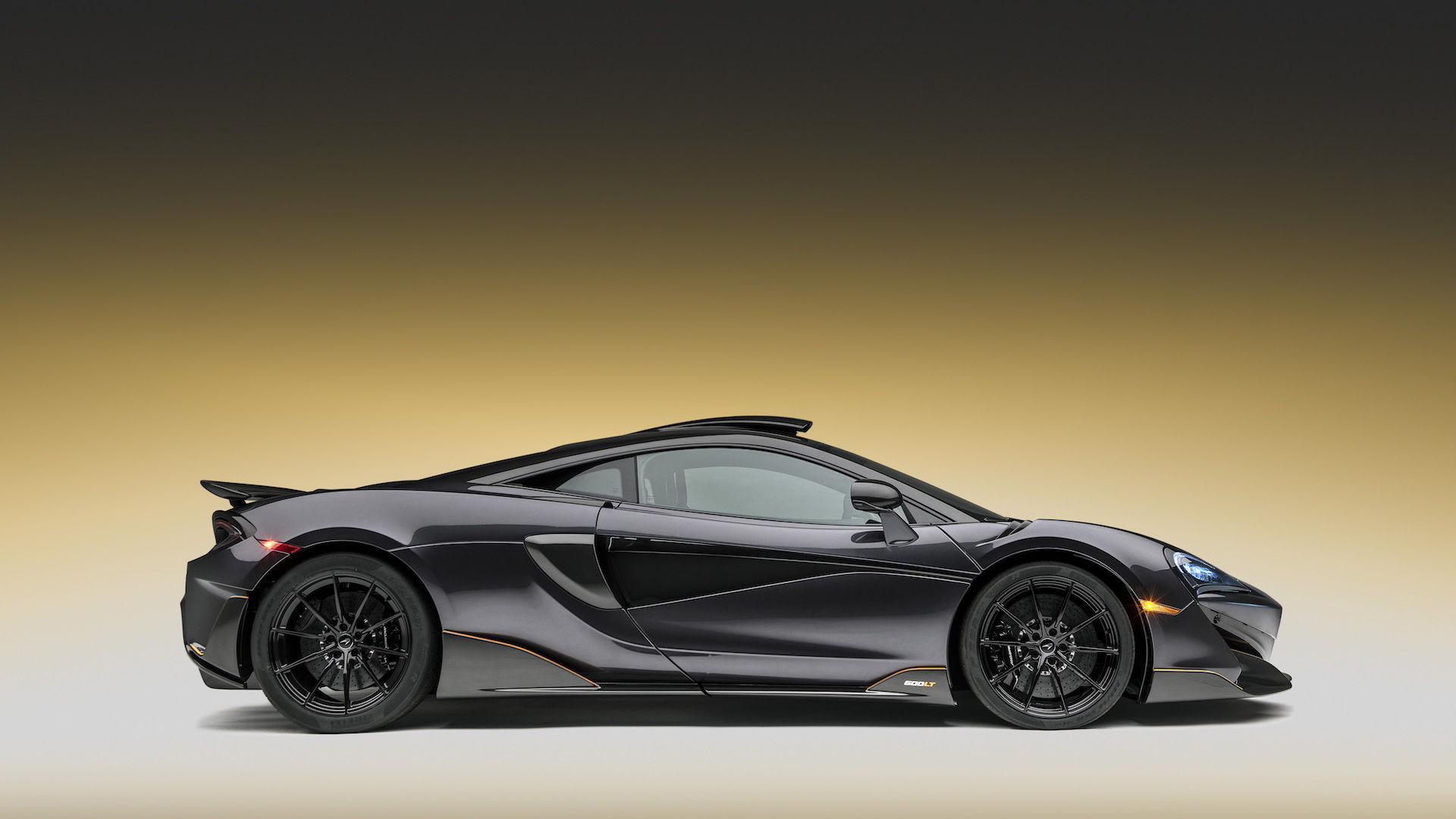 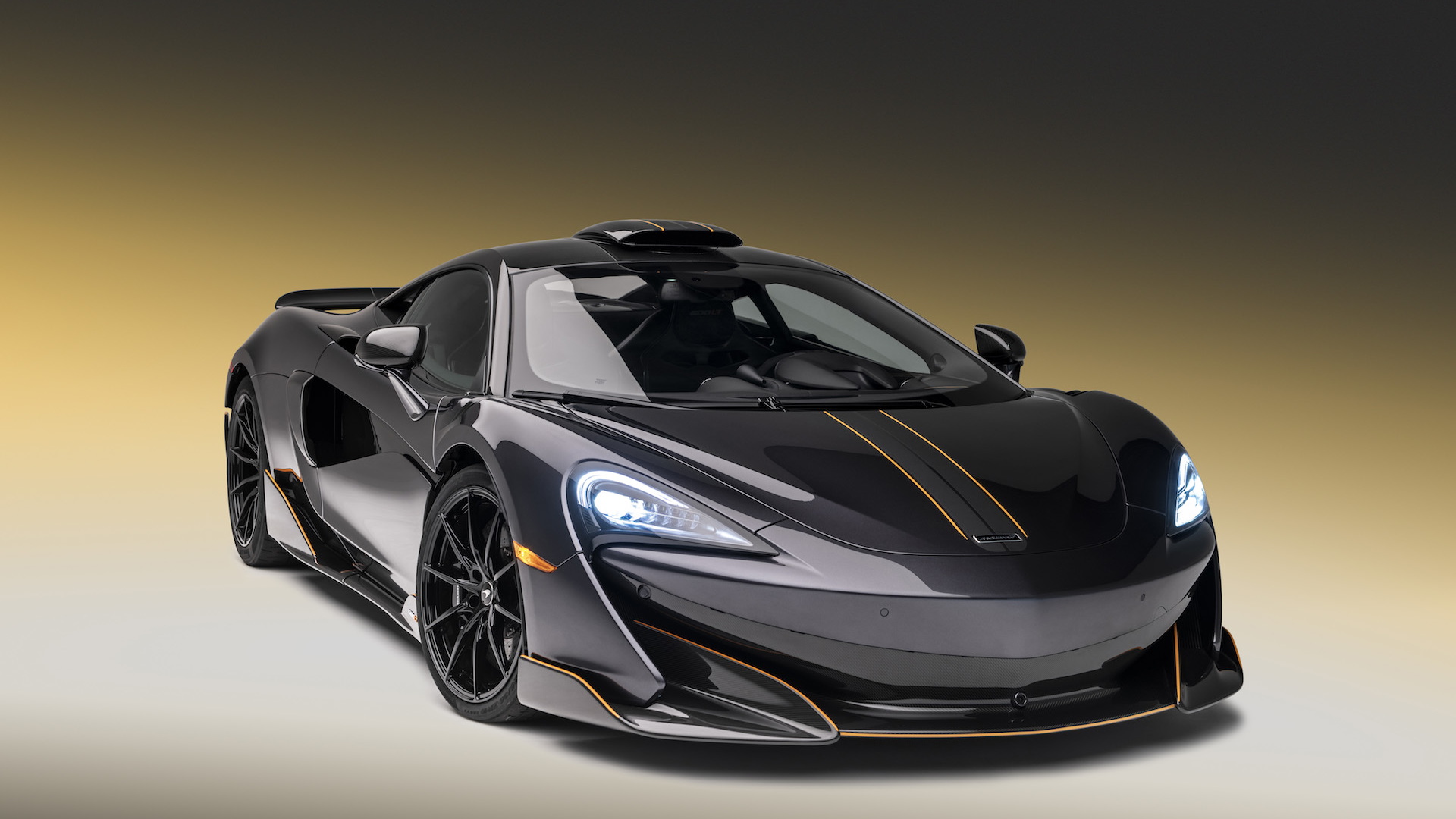 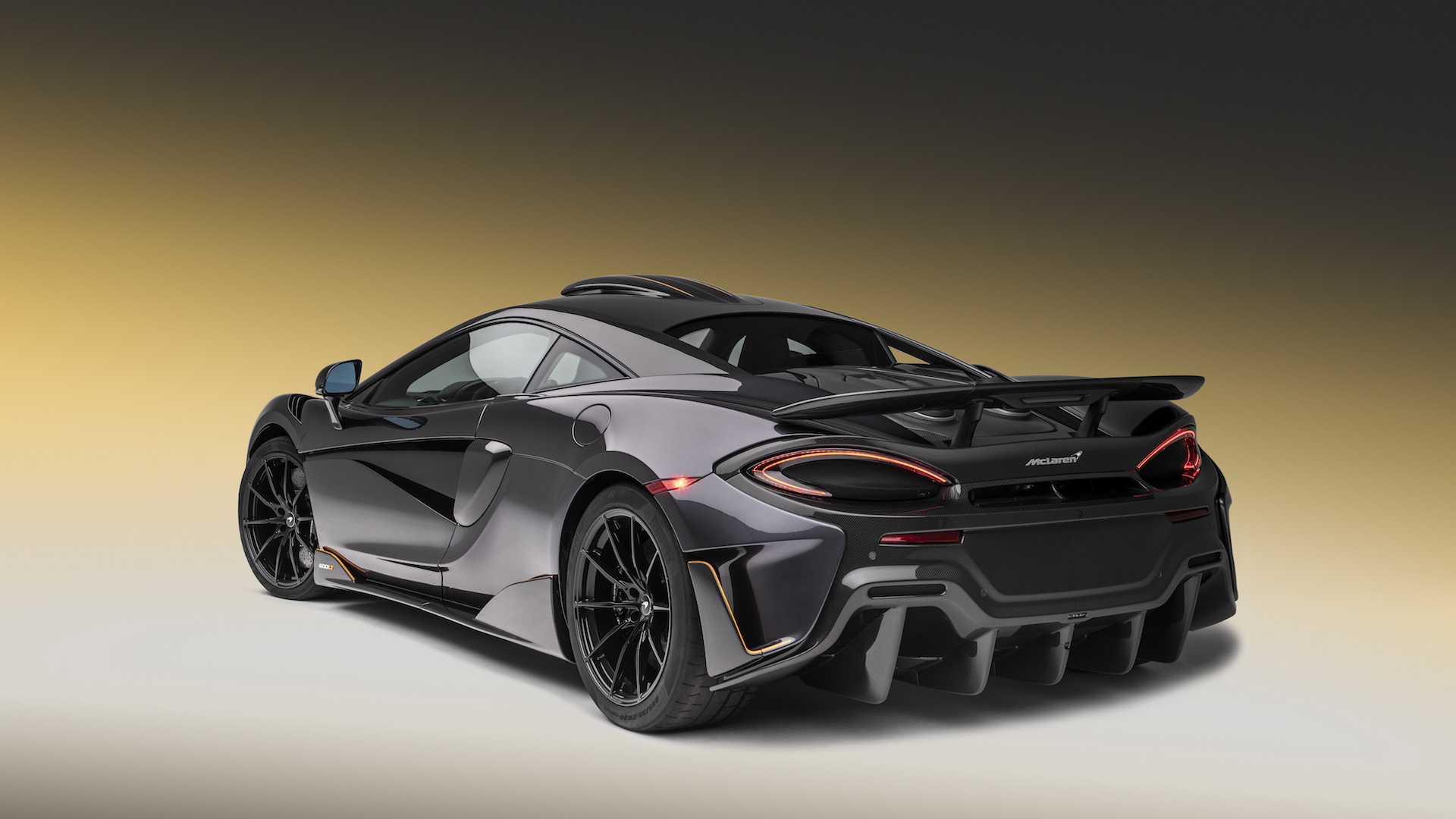 The supercar wears a host of upgrades developed by McLaren's official personalization department. They are grouped under the MSO Defined and MSO Bespoke headings.

The Stealth Gray hue is the special 600LT's calling card, which MSO accented with an optional matte black and McLaren Orange exterior package to highlight the supercar's aerodynamics. Also of note is the roof scoop in visible carbon fiber. McLaren said in a Wednesday announcement that the roof scoop was specifically inspired by the F1 Longtail. Not only does it add form, it's functional, too.

The scoop functions with the air intake system and also adds a unique "air induction sound," per MSO. But there's more: it also adds a track telemetry camera to record moments for the driver.

Additionally, MSO dug into the variety of options available inside the department to fit the 600LT with all three optional carbon fiber packages to further reduce weight, 10-spoke forged alloy wheels, super-lightweight carbon fiber racing seats plucked from the McLaren Senna (with McLaren Orange stitching, of course), and a carbon fiber interior package. The latter adds the lightweight material to the central tunnel, door insert panels, the harness bar, and 6-point harnesses.

MSO also took care to integrate the roof scoop into the cabin. Drivers will find the scoop's cover incorporated into the headliner and two carbon-fiber intake hoses integrated into the interior.

Like the regular 600LT, the 600LT by MSO sports the same 3.8-liter twin-turbocharged V-8 found in the 570S. Here, it makes 592 horsepower and 457 pound-feet of torque. A seven-speed dual-clutch transmission routes power to the rear wheels.

The stealthy McLaren 600LT will make its debut on August 26 on the Pebble Beach Concept Lawn. For more coverage from Monterey, head to our dedicated hub.