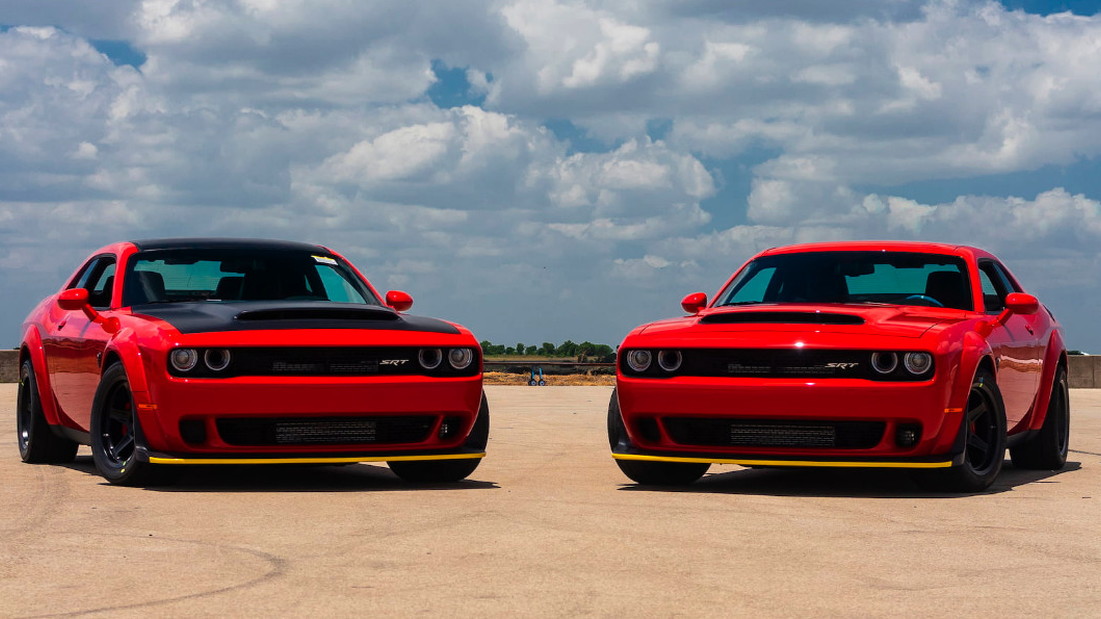 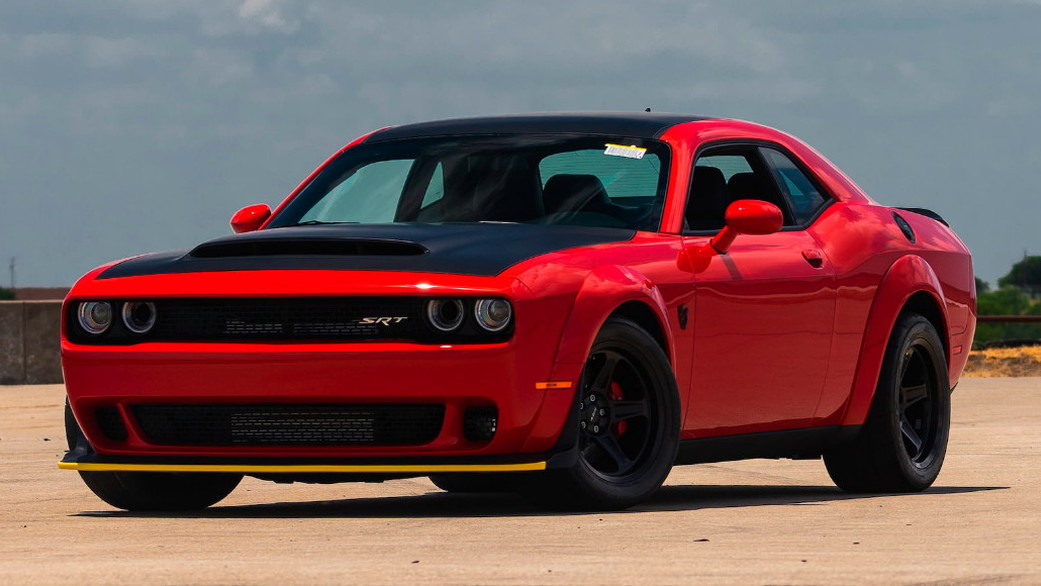 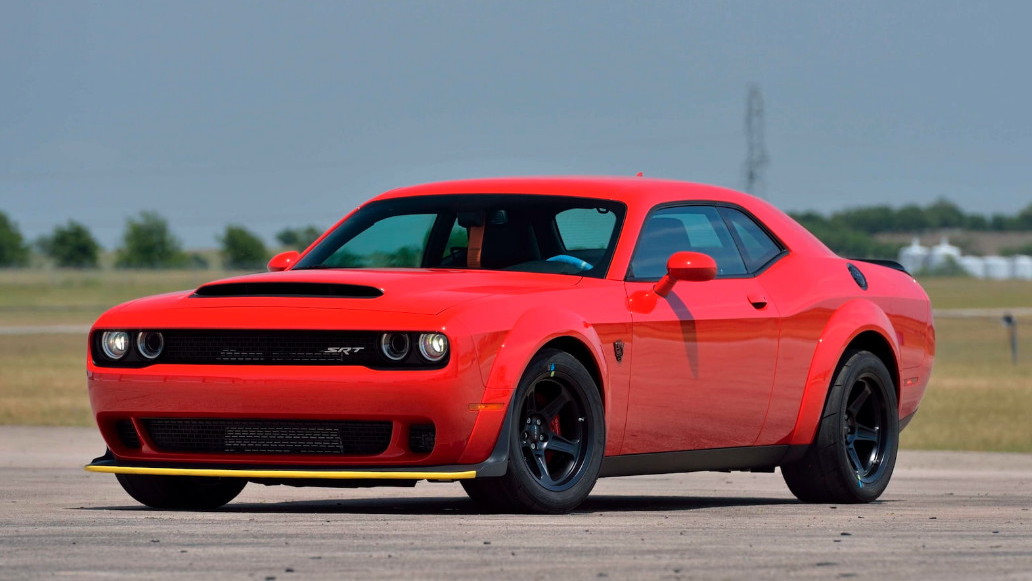 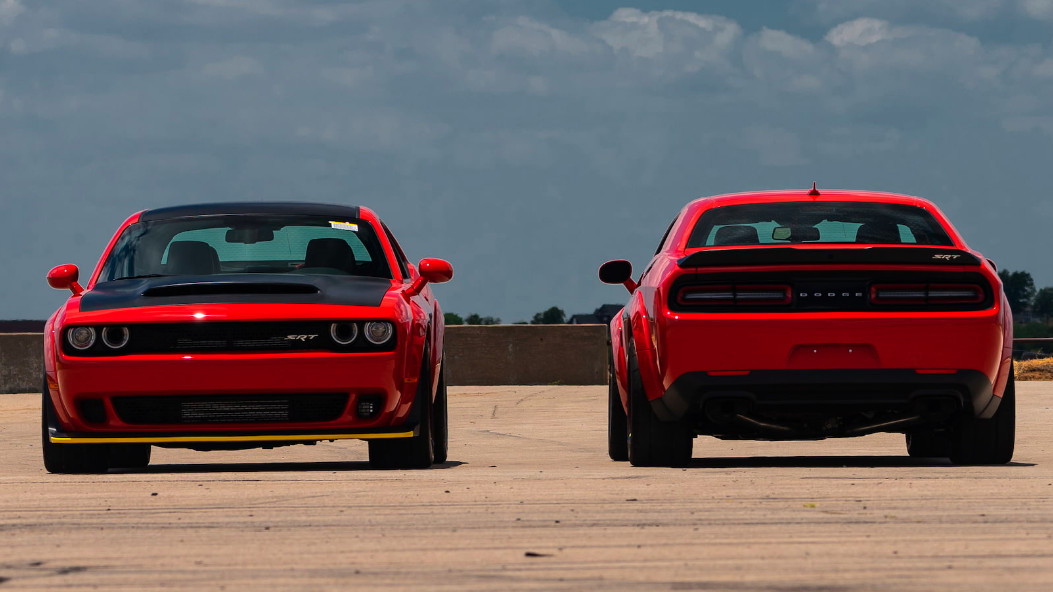 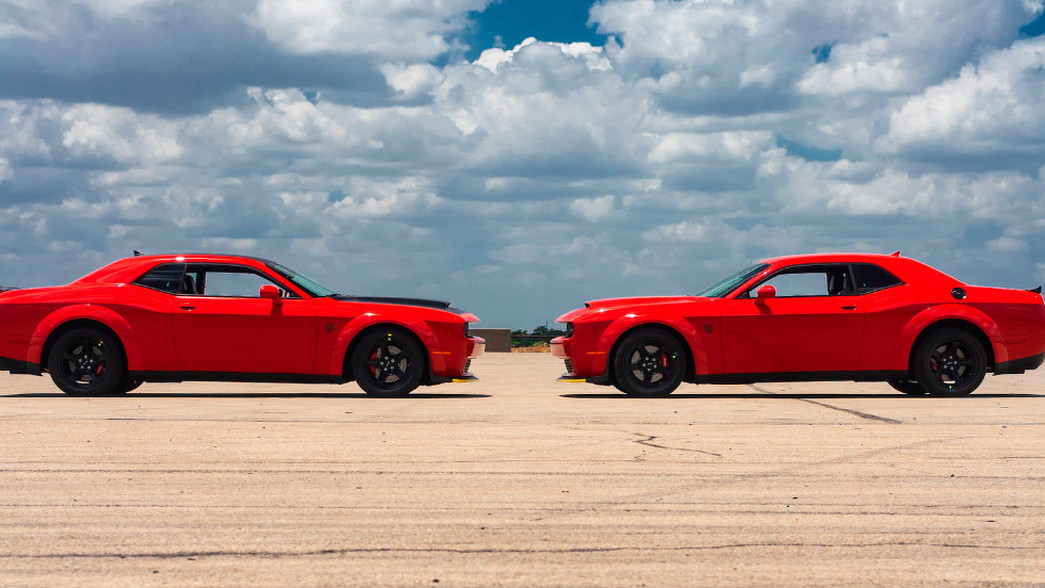 More is better. It's a simple formula and Dodge knows how to tweak it for maximum effect. That's how the Hellcat was originally born, and how we've arrived in a world today that exists with a vehicle called the Challenger SRT Demon.

A street-legal drag racing denizen of destructive speed offered for 2018 only, the Demon is a force to be reckoned with. Owning one would be an excellent vehicular endeavor, but owning two basically makes you the horsepower god, or perhaps more fittingly the horsepower devil.

Well saddle up Satan, because a pair of Demons will cross the Mecum auction block during Monterey Car Week.

This is a single lot as the cars are being sold together, and each one is essentially new. The dealer plastic is still intact and neither Demon has been driven more than 100 miles. Also, for all you Dodge nerds, the yellow shipping protector is still on the spoiler. Of the 3,300 Dodge Demons built, these are car numbers 1,045 and 1,142. The former shows just 77 miles while the latter has only clocked 43 miles. Both are finished in red, and one of the cars has black on its hood, roof, and decklid.

Each one houses serious heat in the engine bay. That's where the 6.2-liter supercharged V-8 calls home. On 100+ octane racing fuel, the Demon produces 840 horsepower. It's also capable of ripping off a 2.3-second 0-60 mph blast and blistering through a quarter mile in just over 9.5 seconds. You can set up both of them for serious drag racing duty too, because each one was ordered with the optional Demon Crate. This includes the smaller front drag wheels, Demon-branded tools, and more.

The original starting price of a Dodge Demon was $86,090. If you found one for sale from a dealer, you'd also find heavy markups. For this auction, Mecum is estimating the pair will fetch between $250,000 and $275,000. That seems appropriate and we're inclined to agree. This doesn't appear to be a charity auction, so you won't find excessive bidding in the name of a good deed. An auction like that already happened with Dodge, when it sold the final builds of both a Dodge Viper and the Dodge Demon. The winning bidder there spent $1,000,000.

If this auction stays below $300,000, we think the sale price is fair. The new owner will be getting one powerful pair of machines.