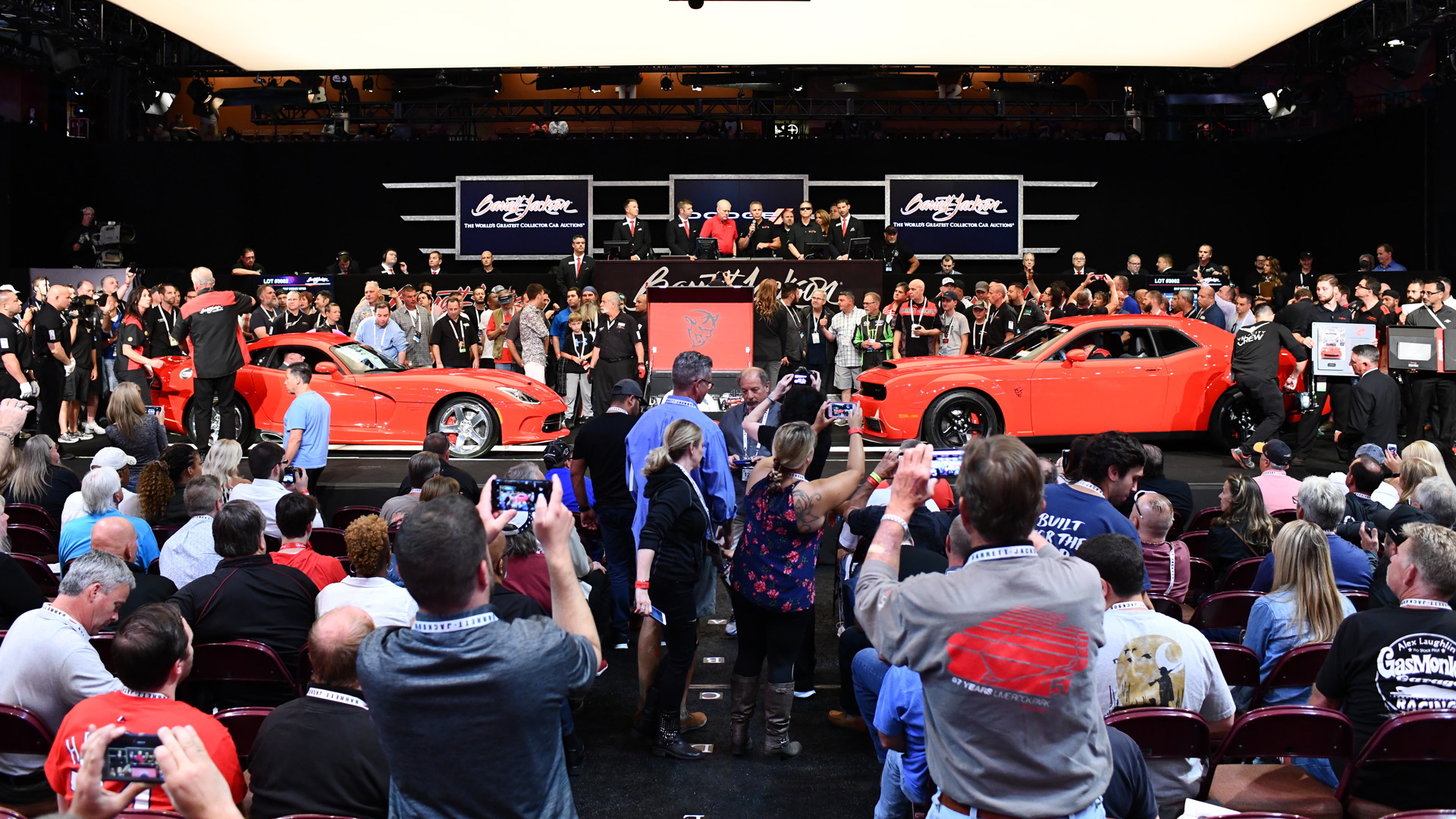 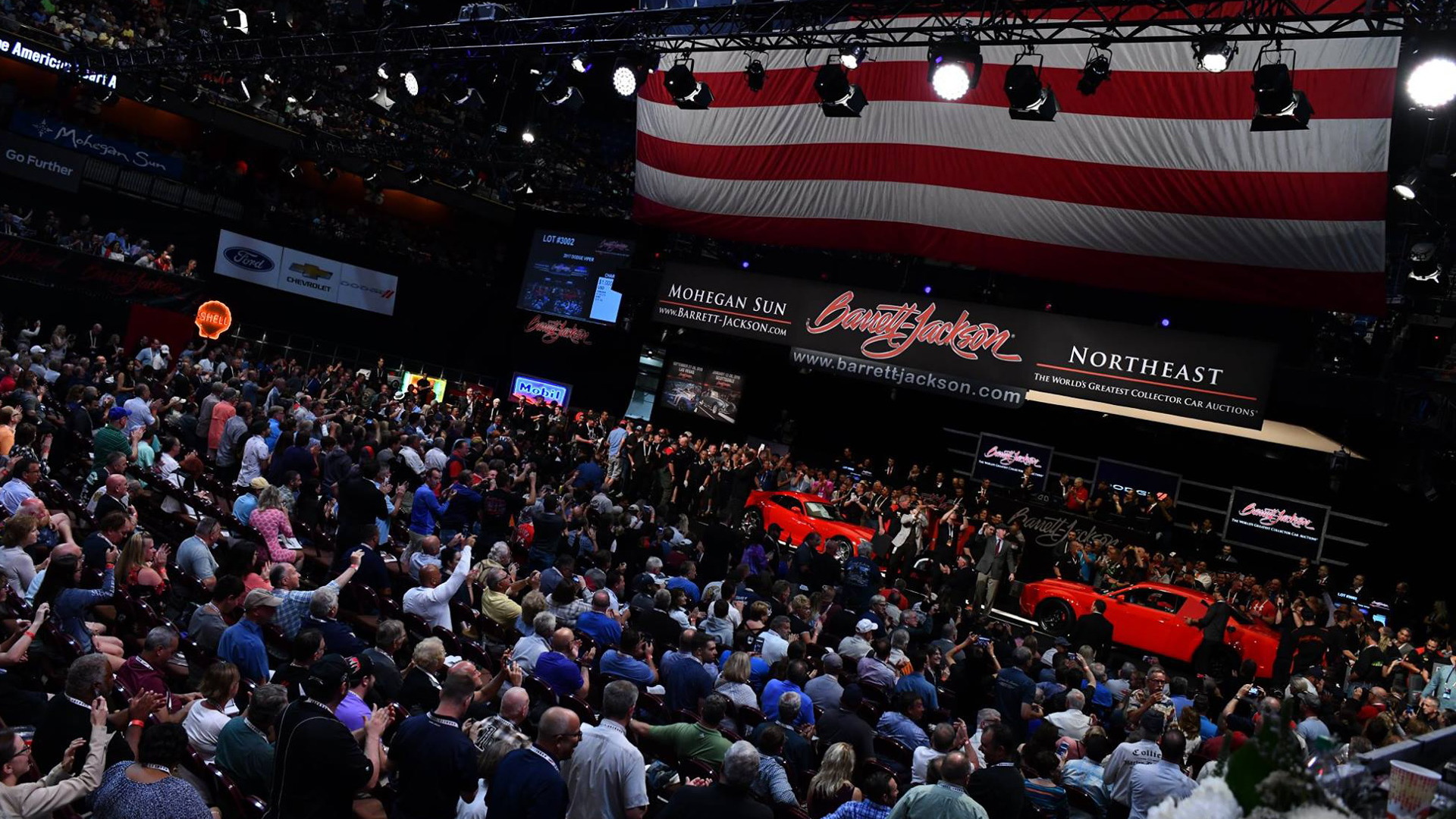 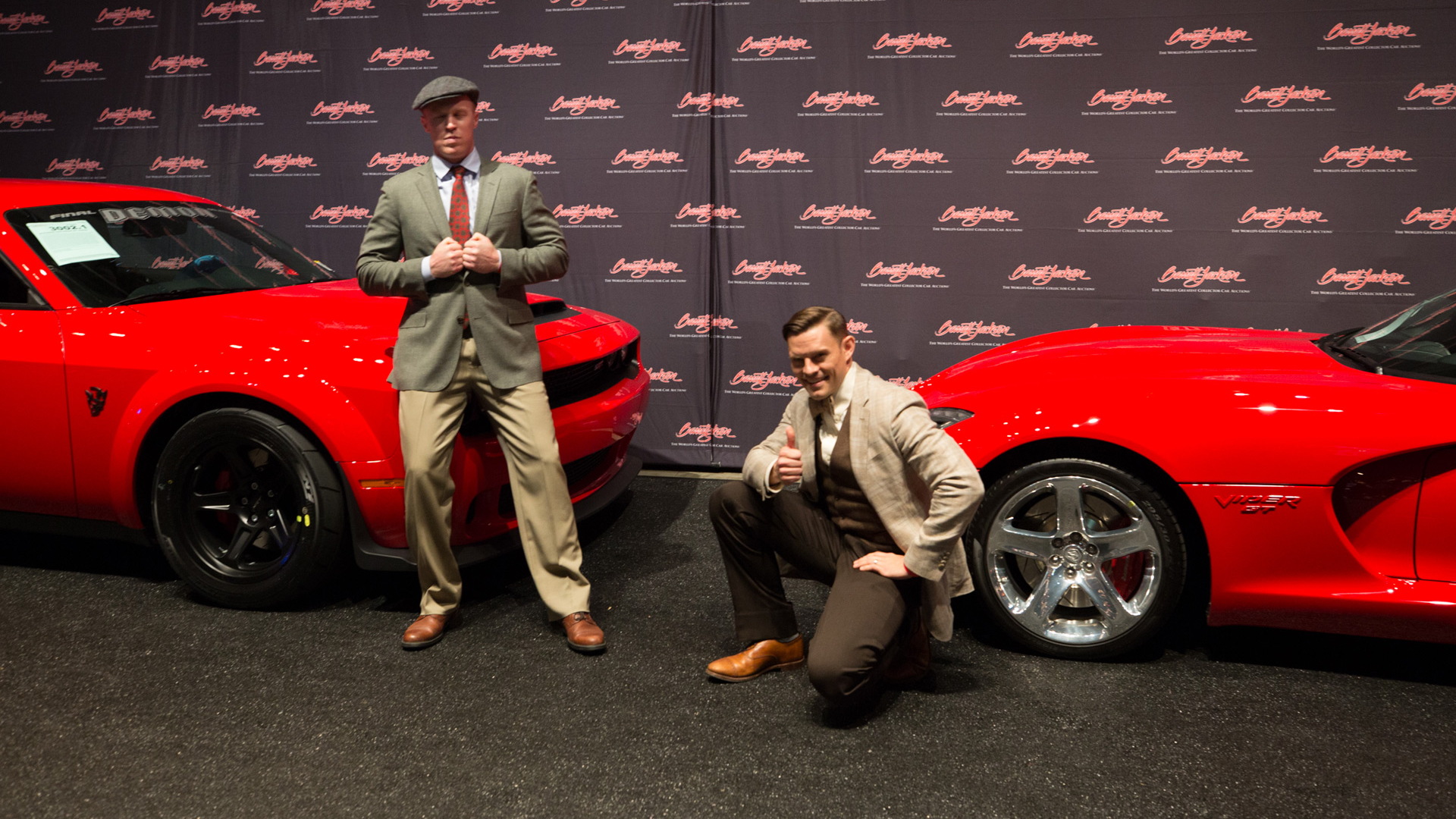 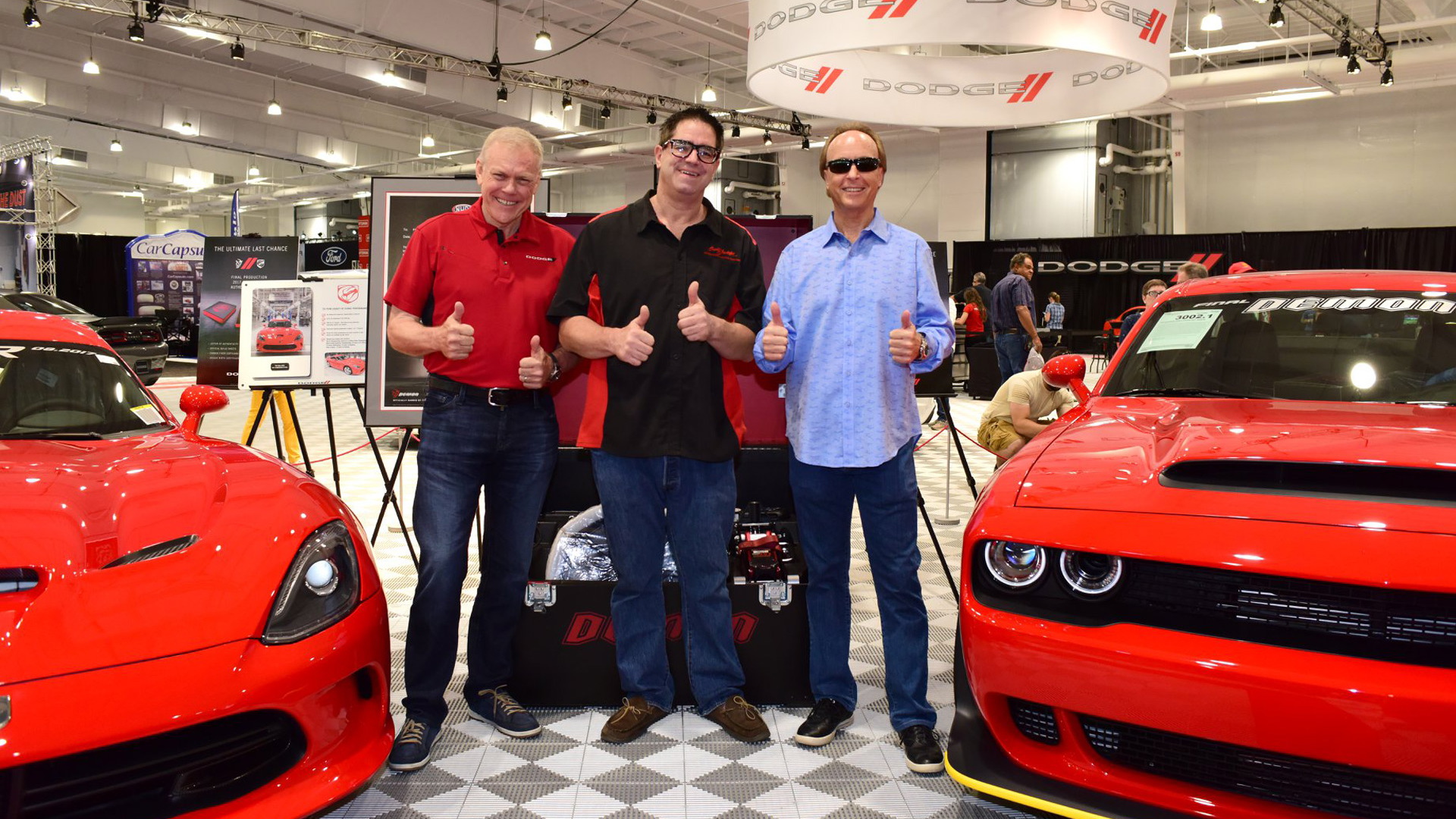 Fiat Chrysler Automobiles has built the very last examples of its Dodge Viper supercar and Challenger SRT Demon street-legal drag racer, but the automaker didn't resort to locking the cars away in a heritage center or museum. Instead, they've been set free to prowl the streets.

FCA called on Barrett-Jackson to sell the cars in a single auction, which took place on Saturday in Uncasville, Connecticut. The final bid came in at $1 million, all of which, together with a 10 percent buyer's fee, has been donated to the United Way and American Heart Association charities.

That's a combined 1,485 horsepower (645 from the Viper and 840 from the Demon) headed for the lucky buyer. We say lucky because the price, while high, is a bit of a bargain when you consider that a similar auction of the first Challenger SRT Hellcat off the line managed $825,000 back in 2014. We'd argue that the last Viper and Demon are more significant, especially the Viper because of its historical significance and the fact that we may never see anything like it again, although there are rumblings that the snake might slither its way back onto the market at some point.

“These particular vehicles mark the end of their eras as the last vehicles of their kind to be built,” head of passenger cars at FCA North America, Steve Beahm, said in a statement. “It’s rare to have just one such vehicle cross the auction block, much less a pair at the same time.” 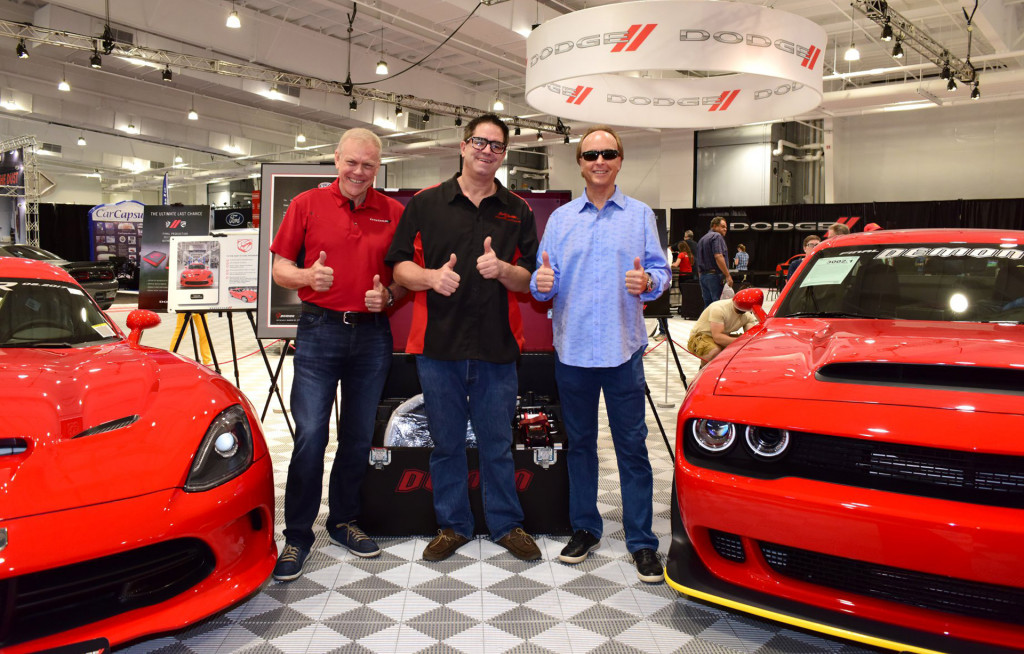 The Viper, a 2017 GTS model, rolled off the line at the Conner Avenue Assembly in Detroit last August. The car was killed off primarily because of new safety requirements that would have cost FCA a bundle, though low sales and stricter emissions regulations also didn't help. The last one, with VIN ending in 731948, was styled to match the very first Viper RT/10 from 1992. The car also includes exterior carbon fiber accents, black Alcantara leather seats and an exclusive VIN instrument panel badge.

As for the Demon, it's the last of 3,300 examples built (3,000 for the United States and 300 for Canada) for the 2018 model year, and it also has with a custom VIN instrument panel badge. The car only rolled off the line at FCA's plant in Brampton, Canada in May. Interestingly, it was originally black but FCA had it repainted by hand to match the Viper.

The sale of both cars also included several pieces of memorabilia, such as authentication kits for each vehicle containing custom build sheets, authenticity letters, certification cards, iPads with videos and pictures, and other custom branded items.

No word yet on who the mystery buyer was.