After 54 years of continuous production, the 10 millionth Ford Mustang has galloped off the assembly line.

To mark the occasion, Ford said on Wednesday that it invited 60 Mustang owners representing each generation of the ponycar to celebrate the 10 millionth car at its Flat Rock, Michigan, assembly plant. The owners plan to spell out the milestone production number with their cars and the automaker has arranged for a flyover salute by a P-51 Mustang fighter plane. Ford said it also plans for other celebrations at its Dearborn, Michigan, headquarters with employees. 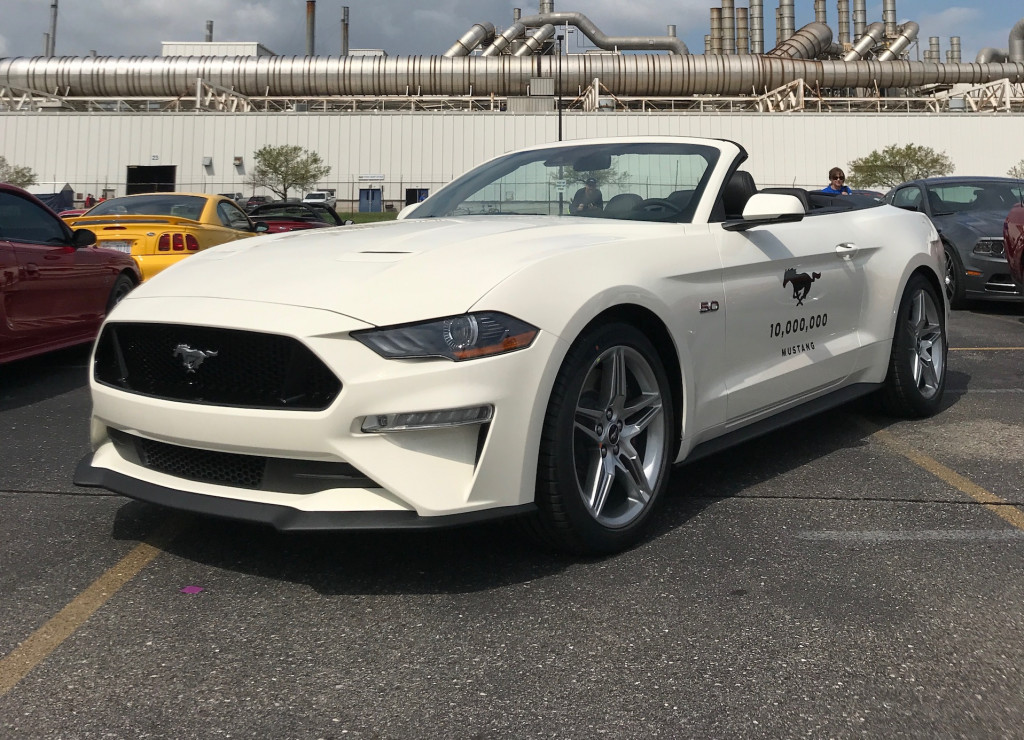 Although the celebrations will largely take place at the Flat Rock plant, the Mustang called Dearborn home for the vast majority of its life. Production at the Ford plant in the automaker's hometown ended in 2004 after 40 years. The pony car has also called plants in San Jose, California, and Metuchen, New Jersey, home over the years.

Even after 10 million cars built, the Mustang is still America's best-selling sports car, according to Ford's analysis of vehicle registrations. That's despite rivals and emulators such as the Chevrolet Camaro and Dodge Challenger vying for a piece of the Mustang's market. And although Mustang is largely weighed as a pony car, the nameplate has transformed into a modern-day sports car with track-focused and high-horsepower spun from the Blue Oval in recent years. Yes, we're looking directly at the Shelby GT350 and the forthcoming GT500.