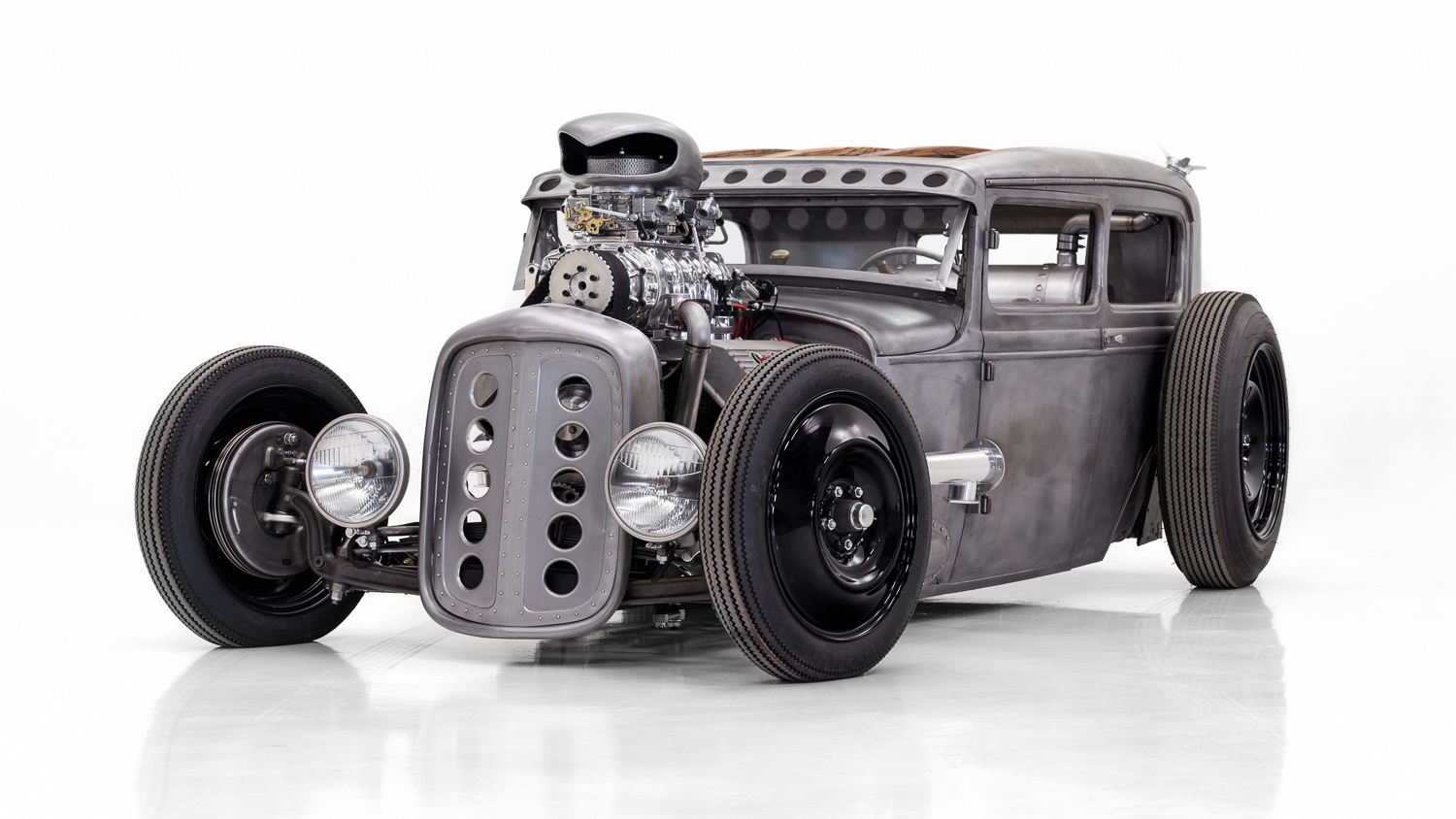 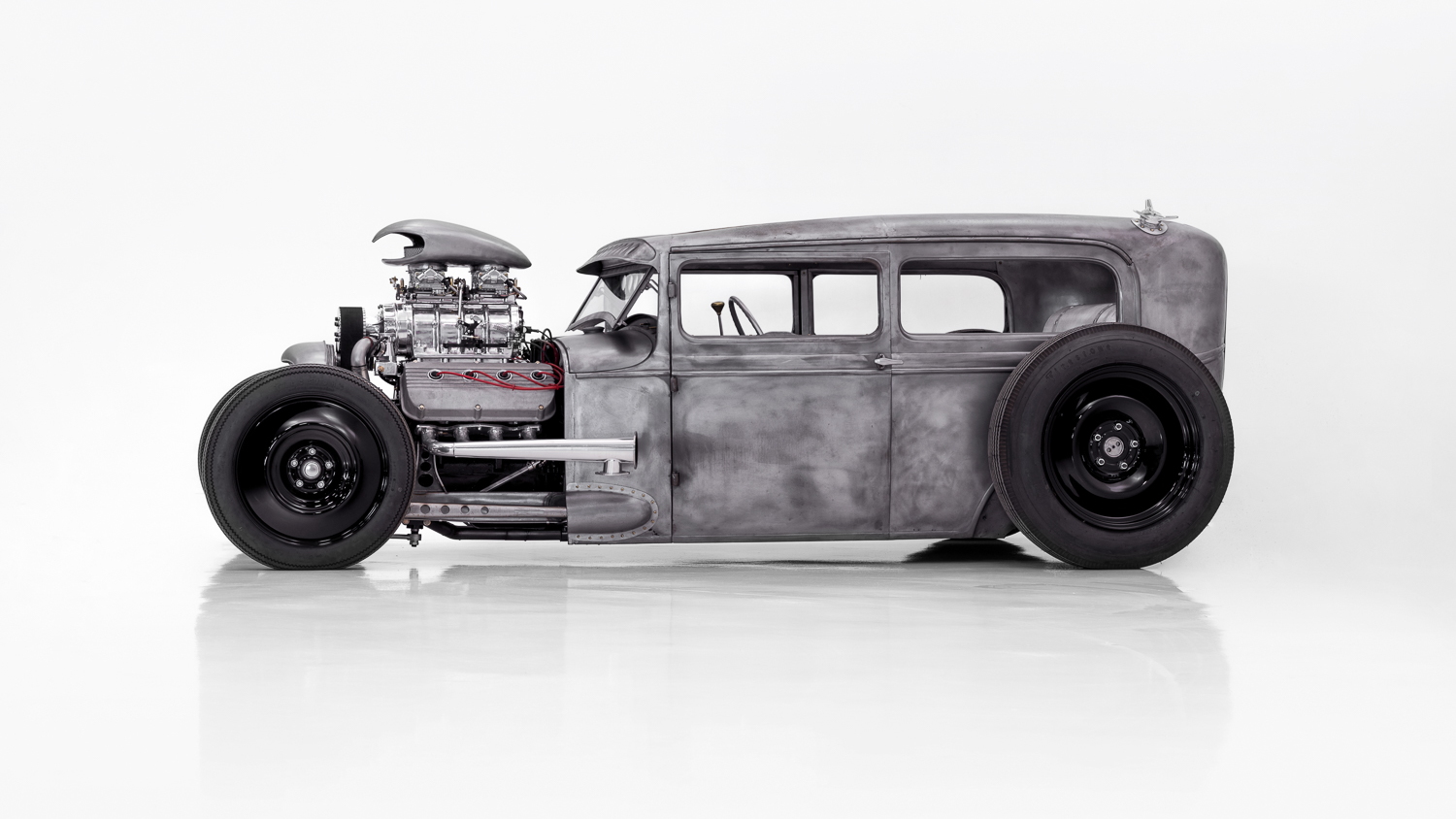 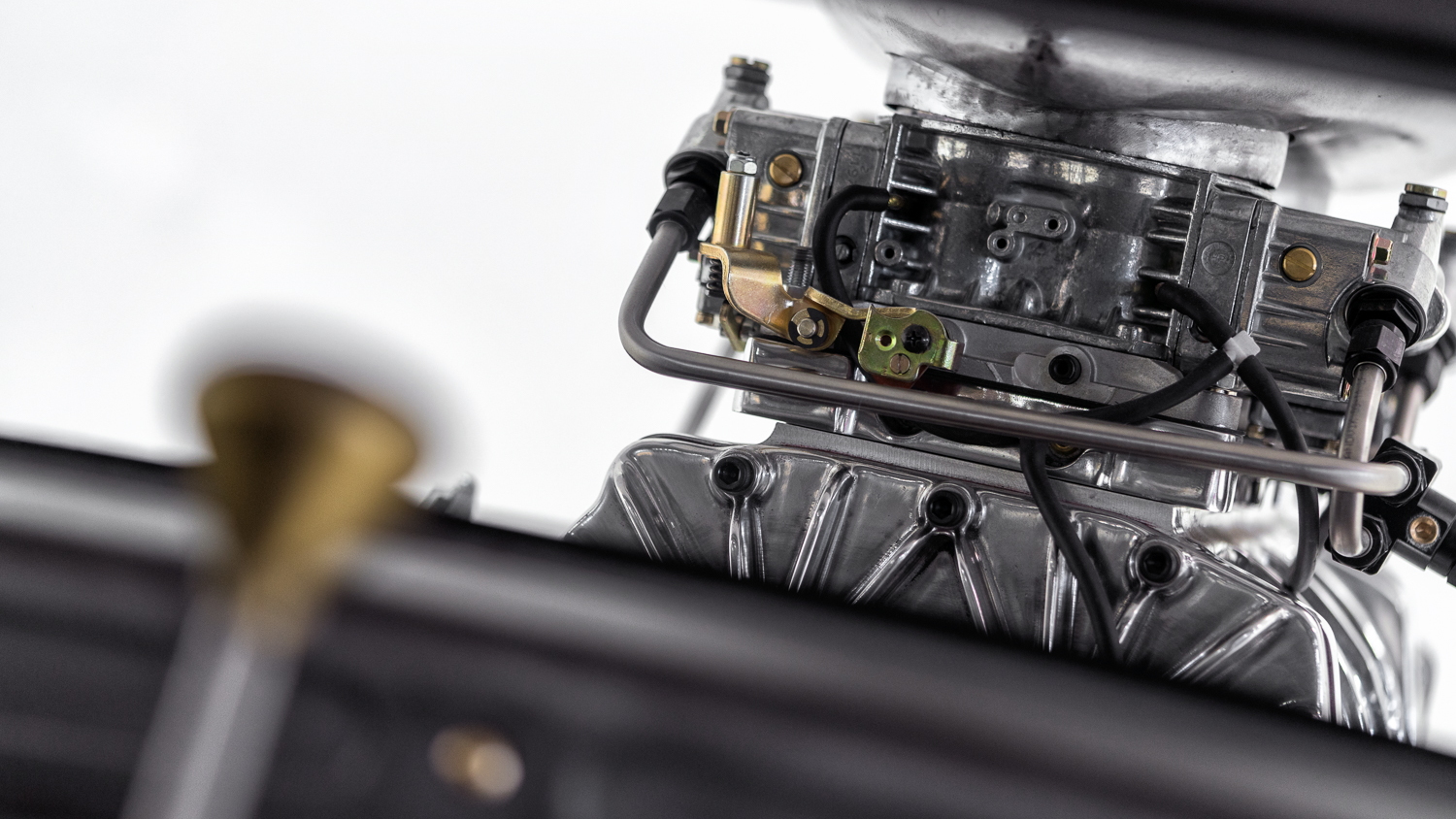 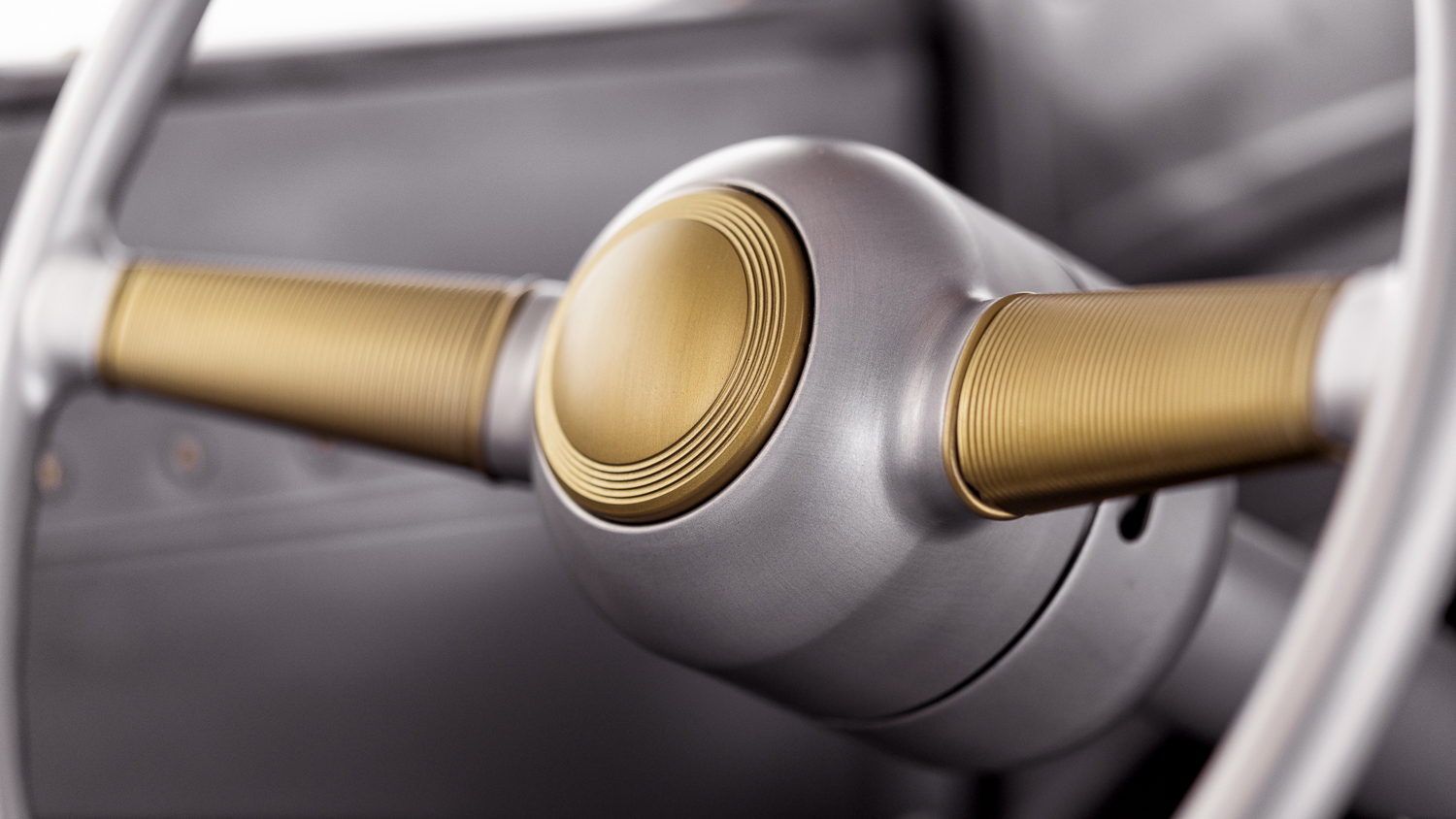 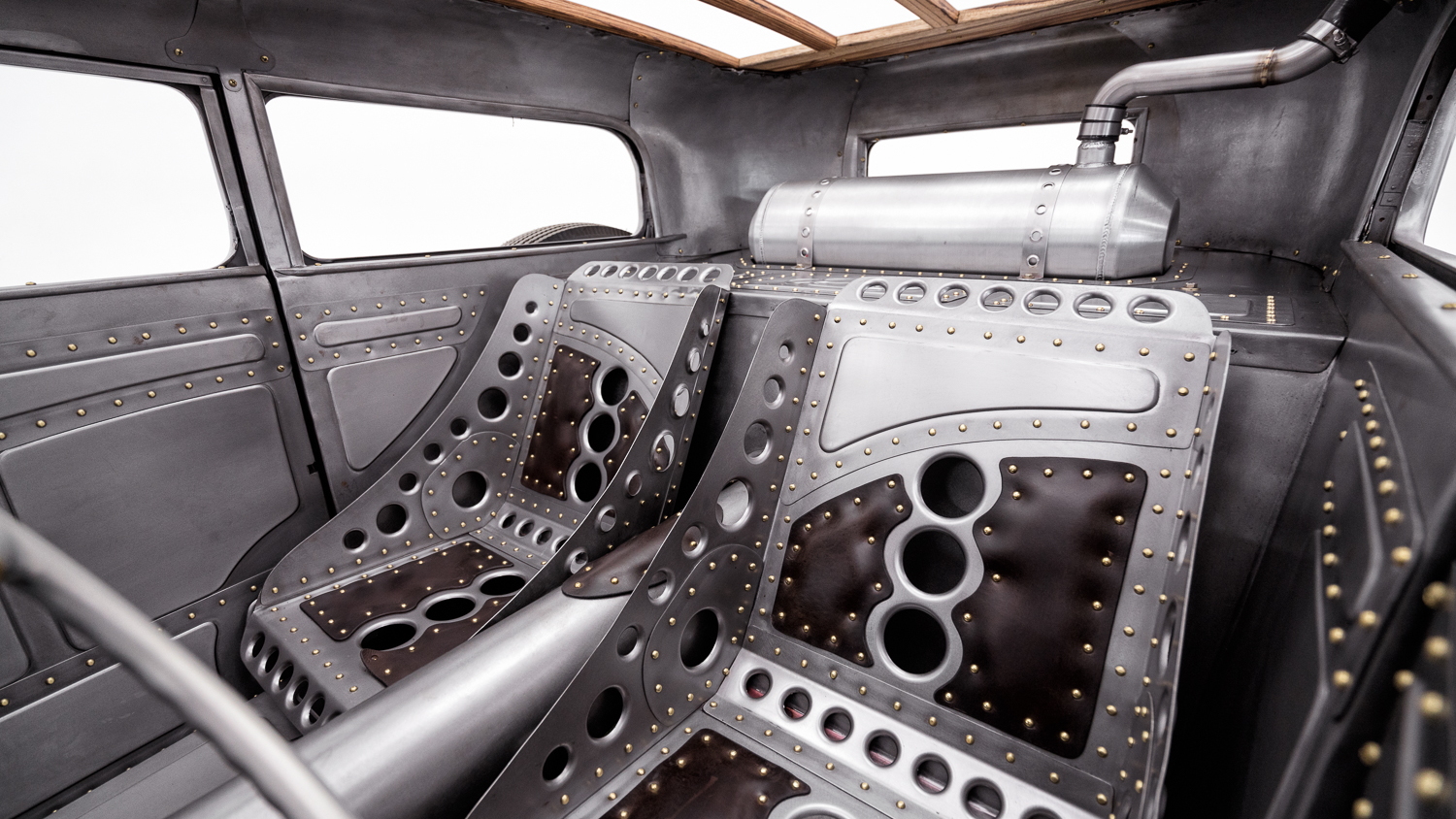 The 1930 Ford Model A sedan was a rather mundane thing. The Model T is credited with first putting Americans behind the wheel, and the 1932 Ford became a hot rod icon, but the 1928-1931 Ford is mostly forgotten. Put it in the hands of a rock star and a hot rod shop, though, and the Model A can become truly spectacular.

This is one gnarly hot rod that features a supercharged 331-cubic inch Hemi V-8 engine producing 500 horsepower. The crew at St. Louis-based Classic Car Studio created the monster for Dale Stewart, the bass player of South African rock band Seether. And like the genre of music, the car is pretty metal.

We say that literally and in a descriptive manner. The exterior features a distressed finish with brass aircraft rivets to boot. Up top, the custom roof is made of zebra wood. Truly, it's what we think of when we imagine a 1930s-era hot rod.

The oily bits are a hodgepodge made up of a Ford 9-inch rear end; the suspension, shocks, steering column, front axle, and grille shell from Speedway Motors; a TCI 700R4 transmission; and modified steel wheels from Classic Car Studio. Under the hood, a Hot Heads camshaft, a pair of 600-cfm Holley carburetors, and a Weiand blower all conspire to make that 500 horsepower.

With a spec sheet like this, Seether's bassist as one of the baddest hot rods in South Africa—and we'd say the U.S., too.