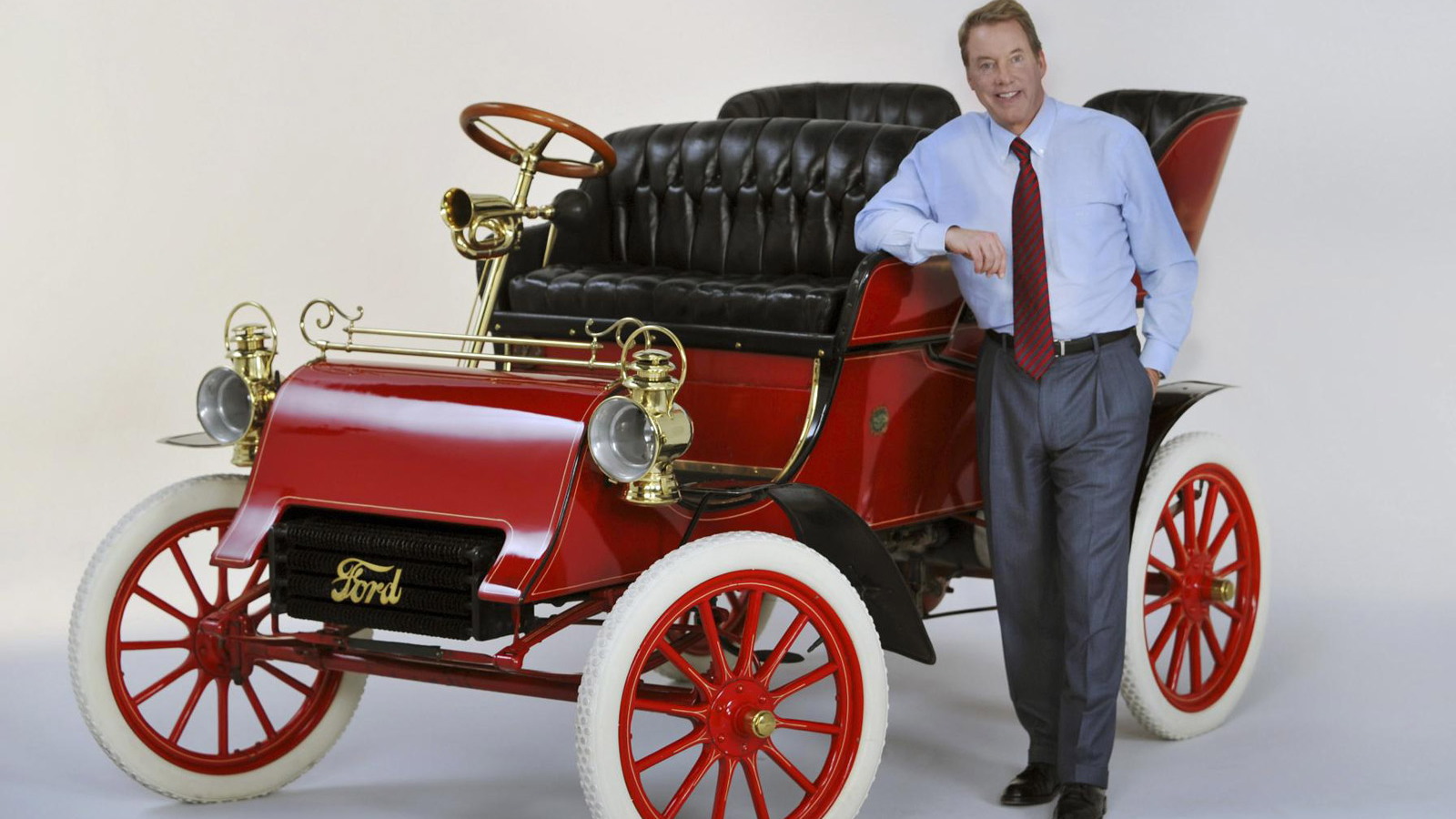 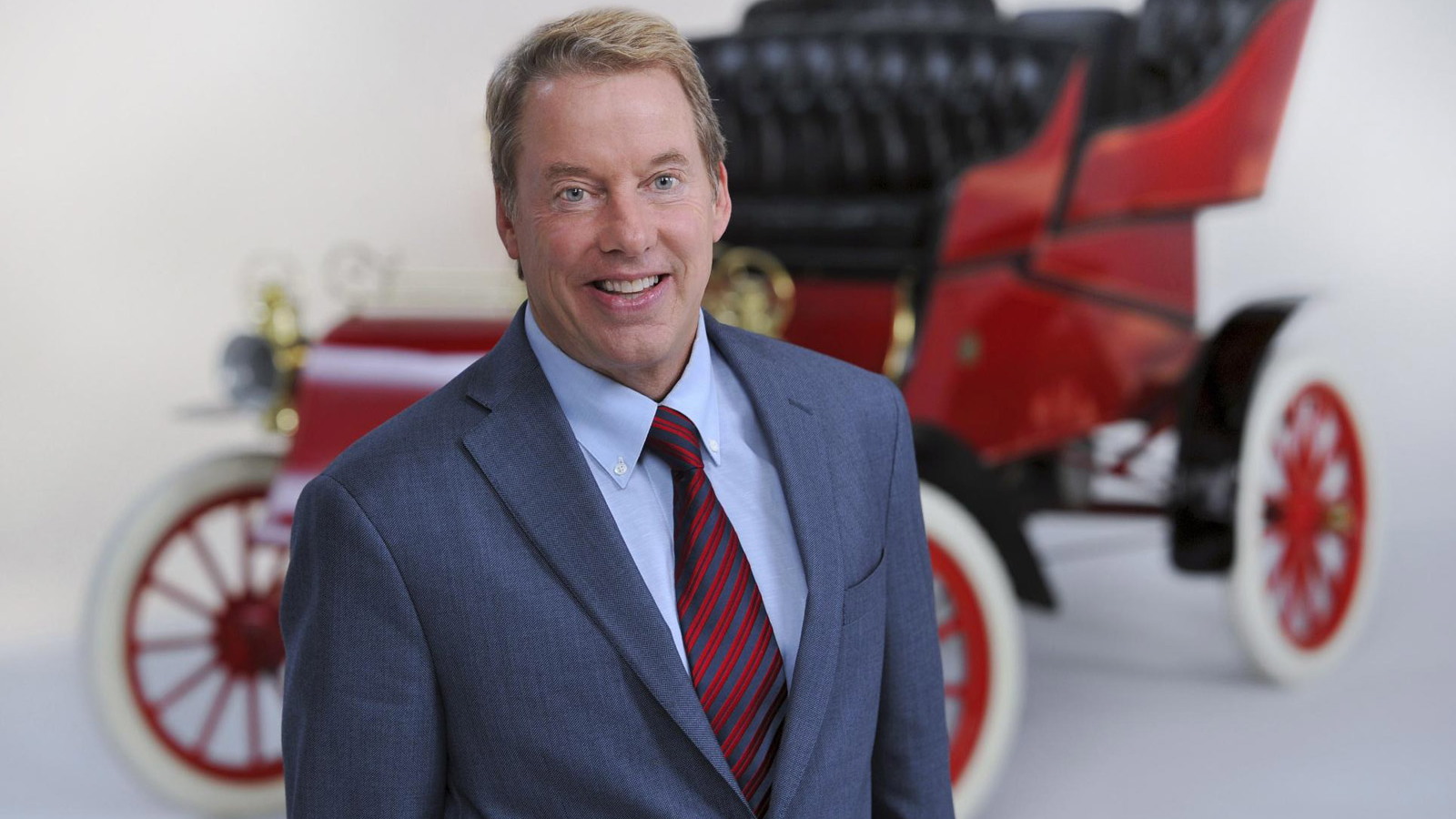 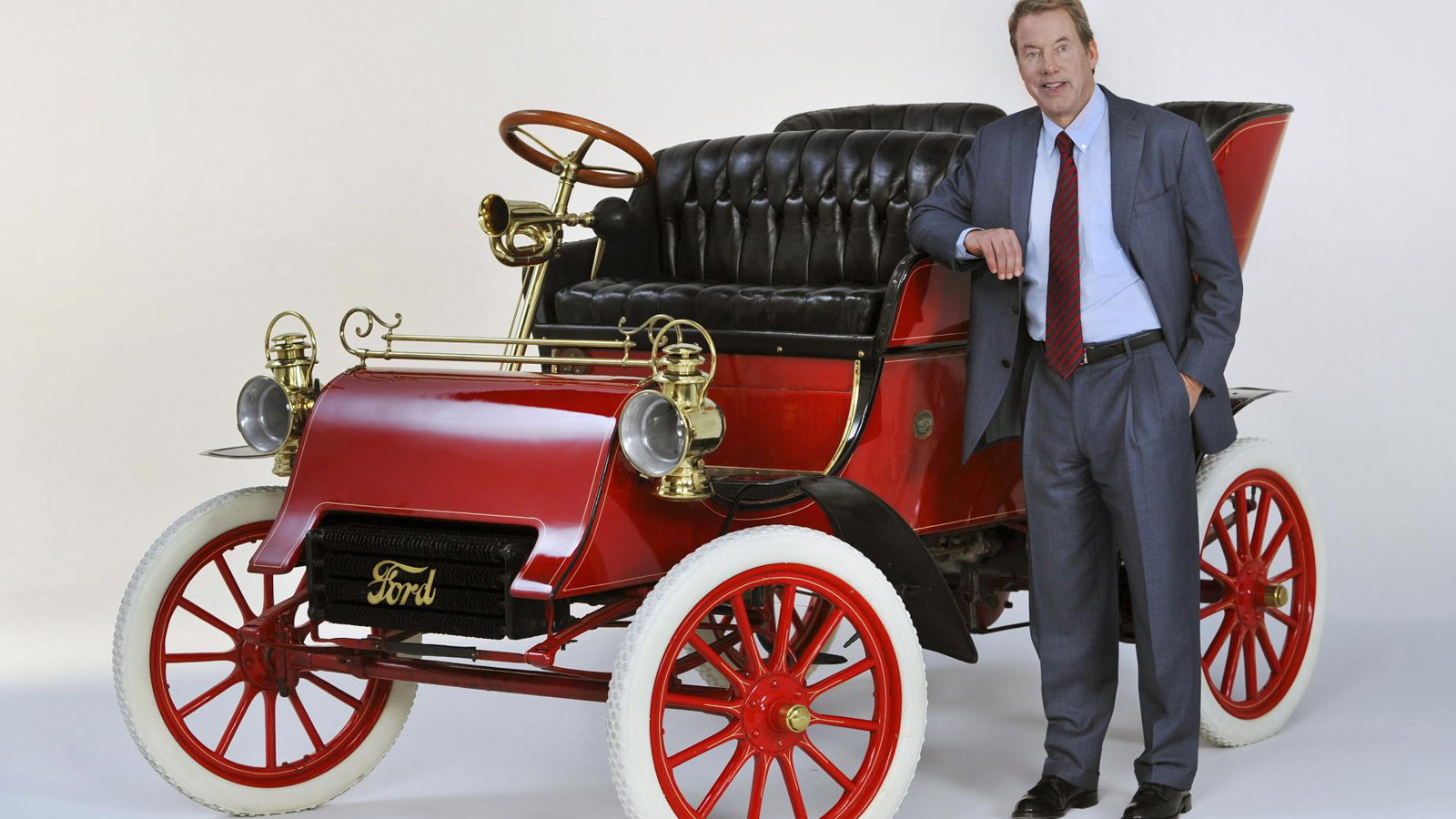 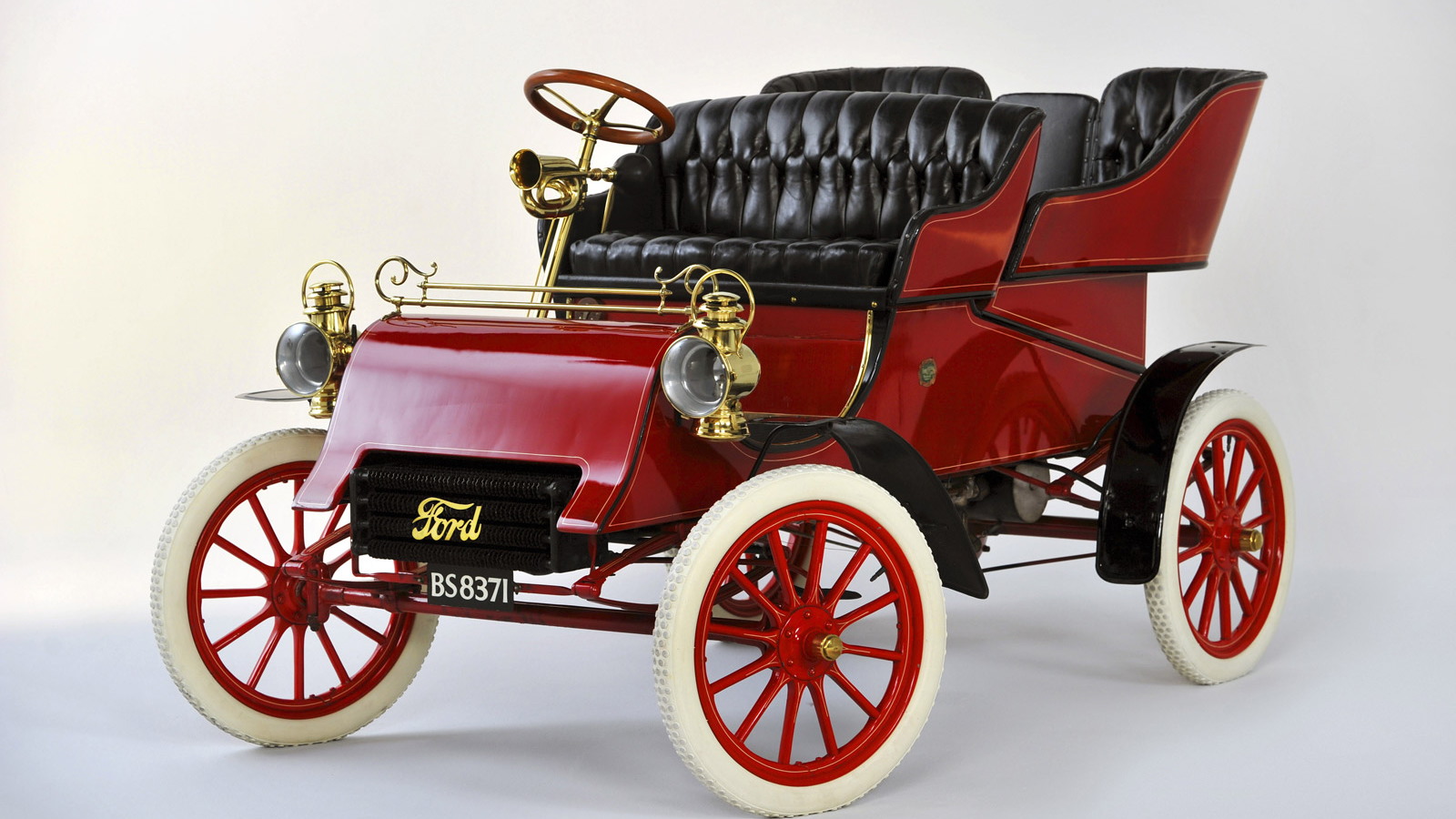 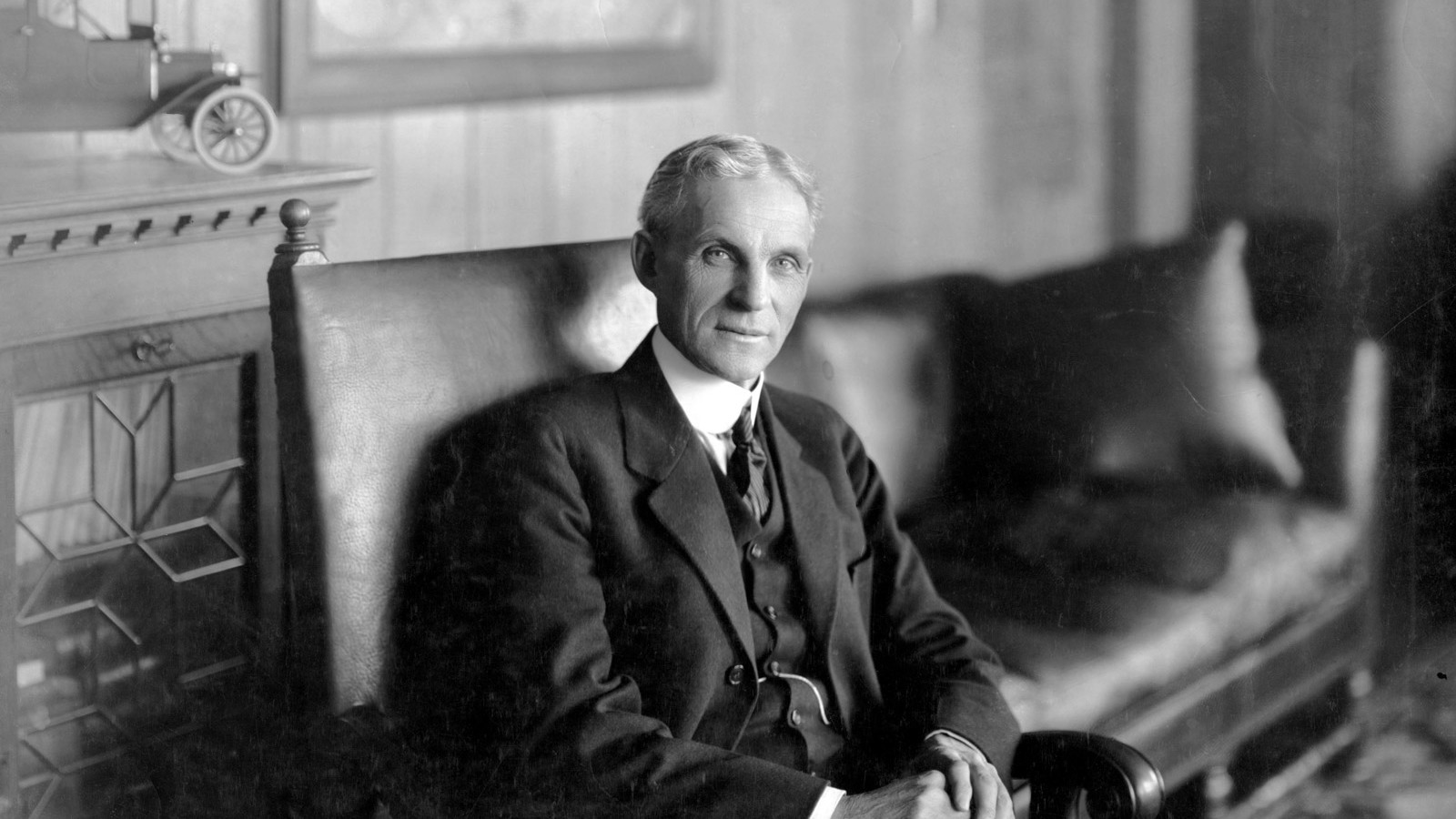 5
photos
Last October the world’s oldest known Ford in existence, a 1903 Model A Rear Entry Tonneau, sold at auction for the relative bargain price of price of $264,000 (the car had previously been sold in 2007 for almost $700k).

It’s now been revealed that the lucky buyer of the red 1903 Model A was none other than Bill Ford, Jr., the current vice chairman of Ford and great grandson of its founder Henry Ford.

The car, the third Ford ever produced, will now serve as a highlight of a series of events celebrating the 150th anniversary of Henry Ford’s birth on July 30, 2013. Some of the planned events include festivals, historic theatrical shows, and public appearances of the 1903 Model A.

“The timing was perfect to bring this key part of Ford heritage back to the family as we celebrate the 150th anniversary of my great-grandfather’s birth,” Bill Ford said in a statement. “His vision to build cars that are reasonably priced, reliable and efficient still resonates and defines our vision today as well.”

The 1903 Model A is not only the oldest surviving Ford vehicle, but it's also one of the most important in the company’s history, in part for being the first official Ford product and the car that kept the company from going bankrupt.

Henry Ford founded the Ford Motor Company on June 16, 1903, but just one month later his cash reserves were less than $250. On July 13, 1903, a cash infusion of $1,320 from the deposits of three separate orders for the Model A finally arrived, helping to keep the company afloat.

The 1903 Model A Rear Entry Tonneau purchased by Bill Ford is believed to be the only one of those three initial orders still in existence. It features serial number 30 (the others had serial numbers 9 and 11) and was the third Model A to be produced. It was originally purchased for $850 by Herbert L. McNary, a butter producer from Britt, Iowa, and whose family had been in procession of the car for some 50 years.

Harry E. Burd, a collector, was the next owner. His research led him to believe this example was car No. 3 and chassis No. 30. He sold it in 1961 to a Swiss Ford dealer, who displayed it in Cologne, Germany, at Ford’s European headquarters.

Burd then bought back the Model A in 2001. It was purchased by John O’Quinn in 2007 and then sold to Bill Ford this year by the estate of O’Quinn.

The 1903 Model A sits on a wheelbase of 72 inches and weighs about 1,250 pounds. It’s powered by a twin-cylinder engine producing 8 horsepower and displacing 100 cubic inches. It could reach 30 mph on smooth roads, which were rare at the time of its launch. About 1,700 were produced over 15 months.

More information about the anniversary celebration of Henry Ford’s birthday, including where you might be able to see the 1903 Model A, is available on a new mini-site launched for the event (www.henryford150.com).