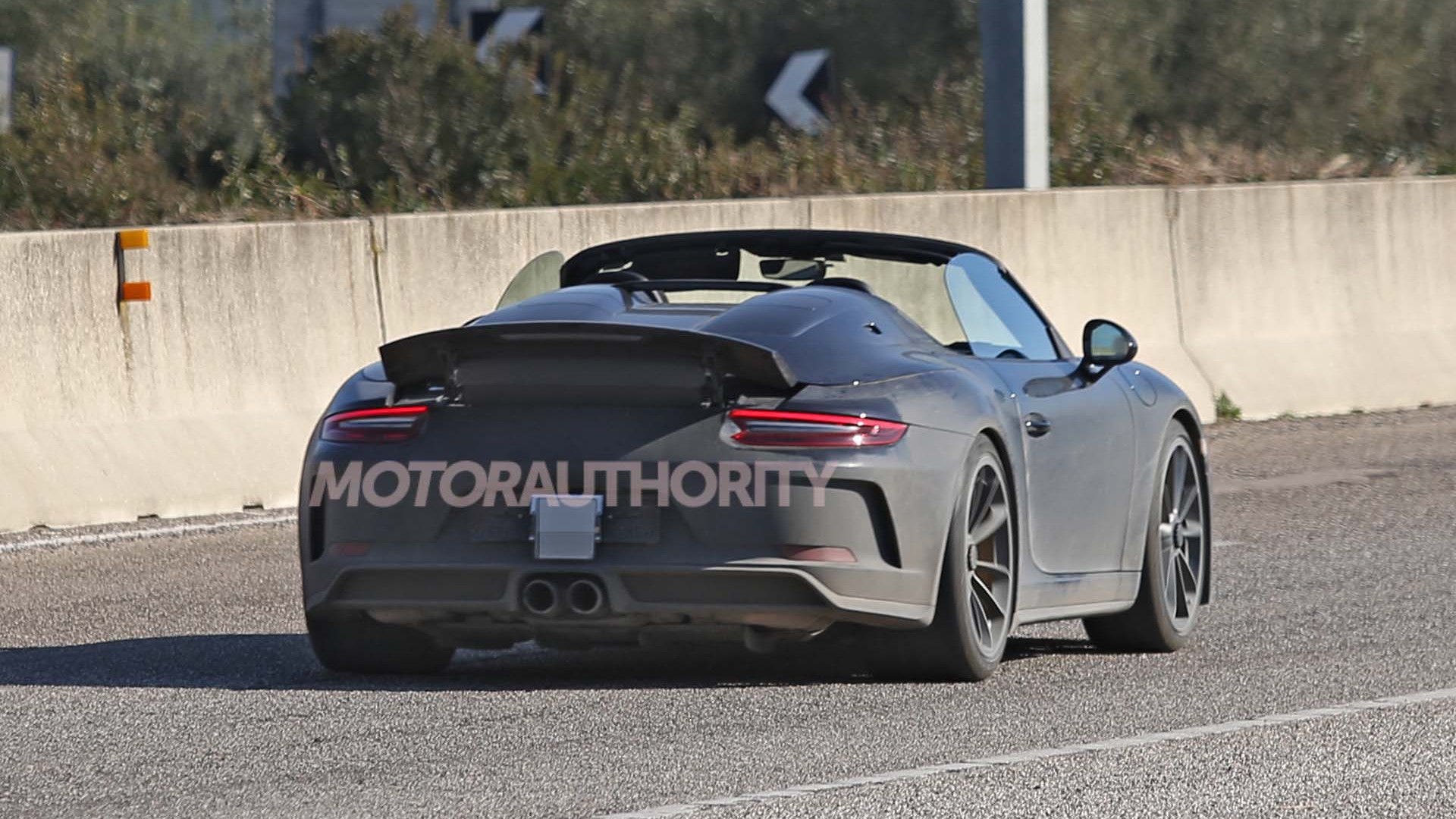 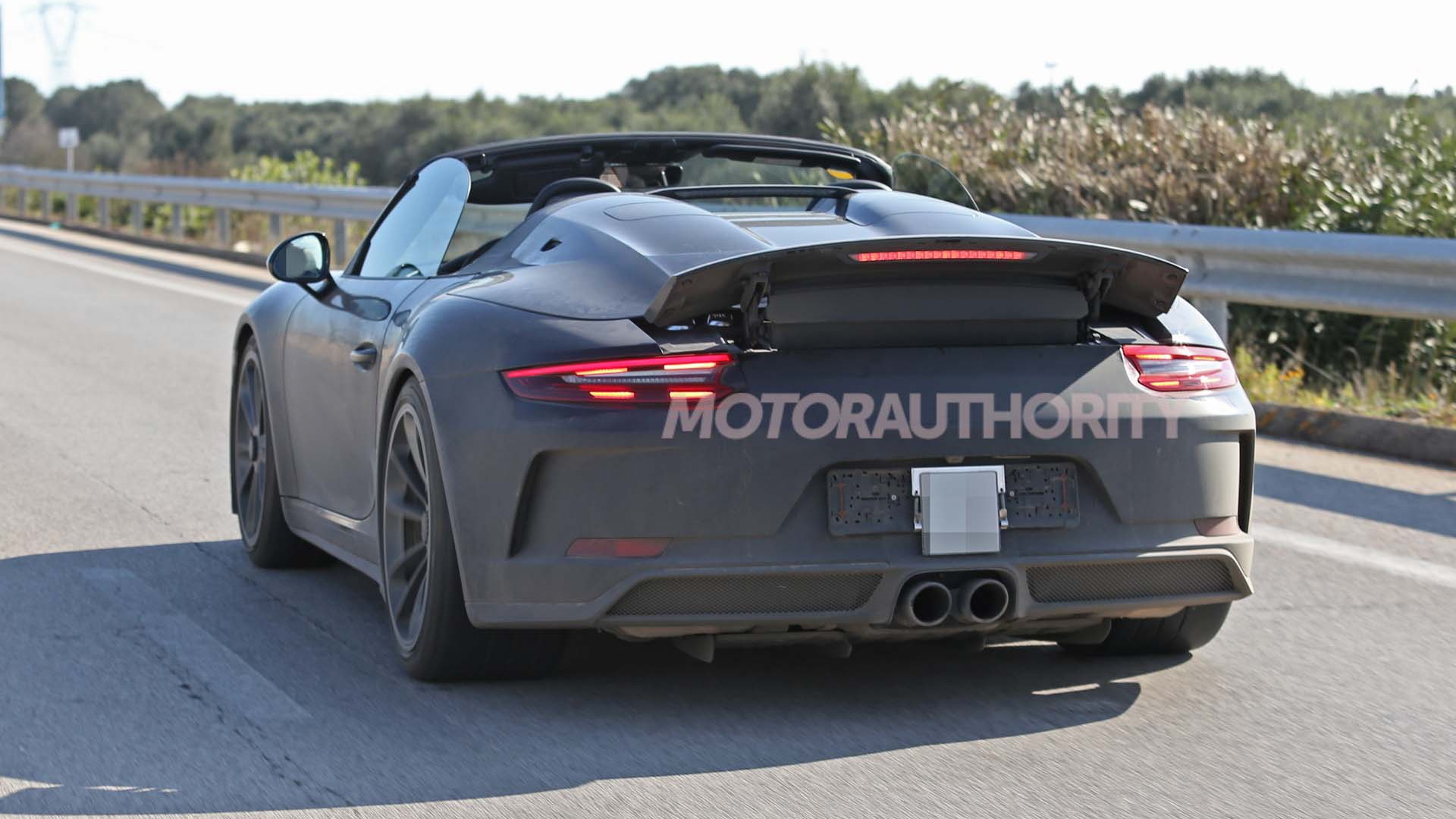 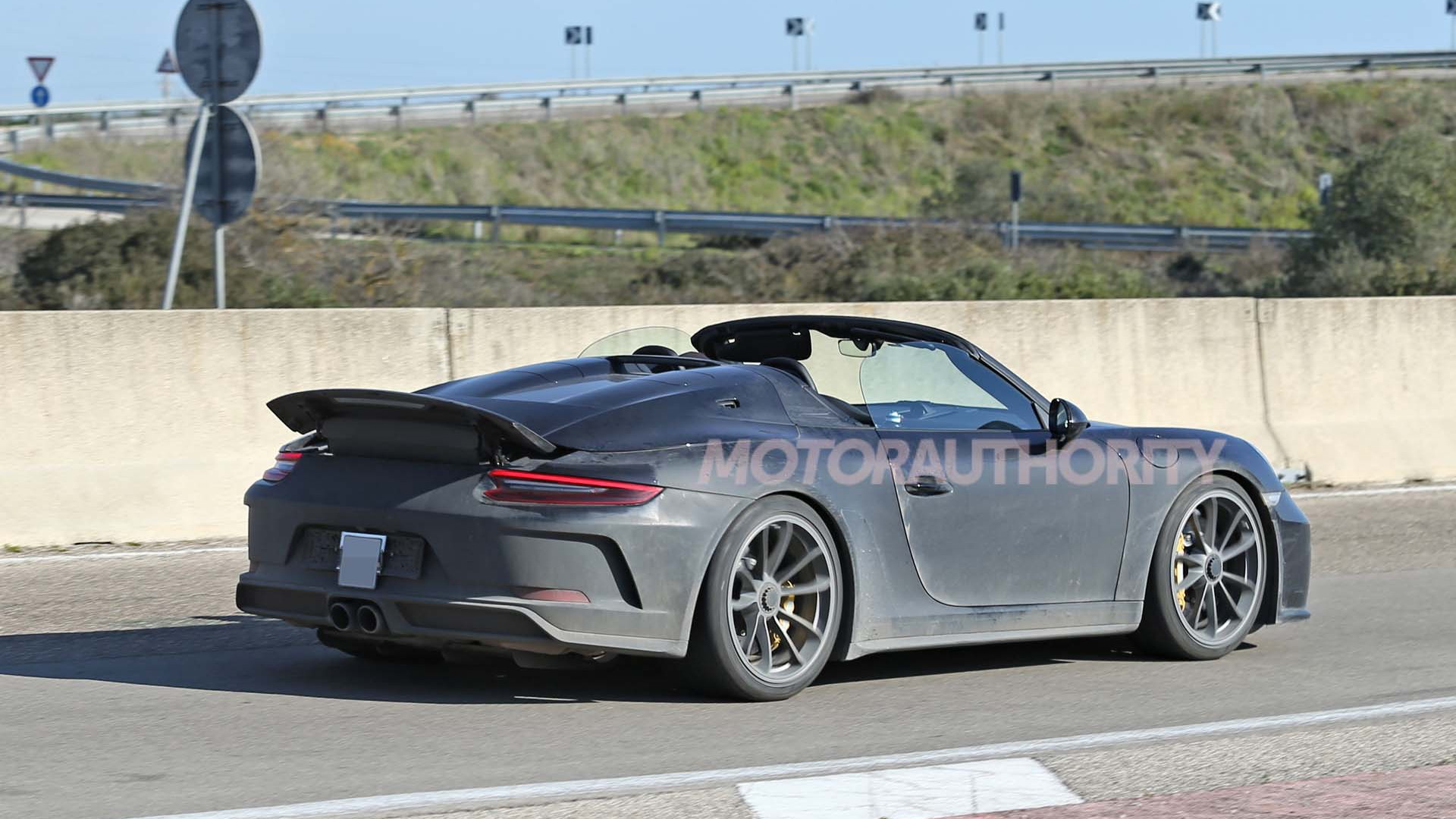 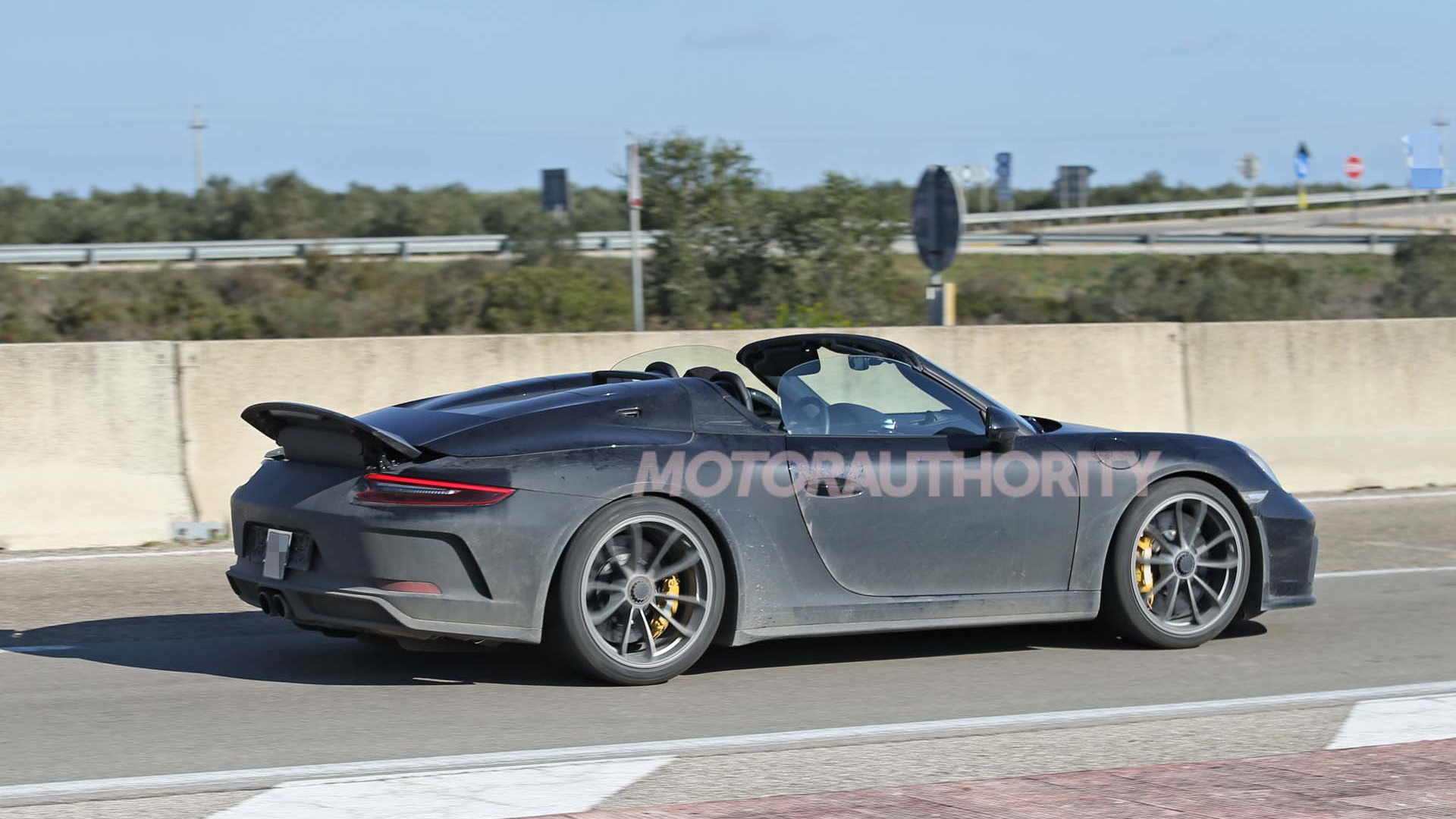 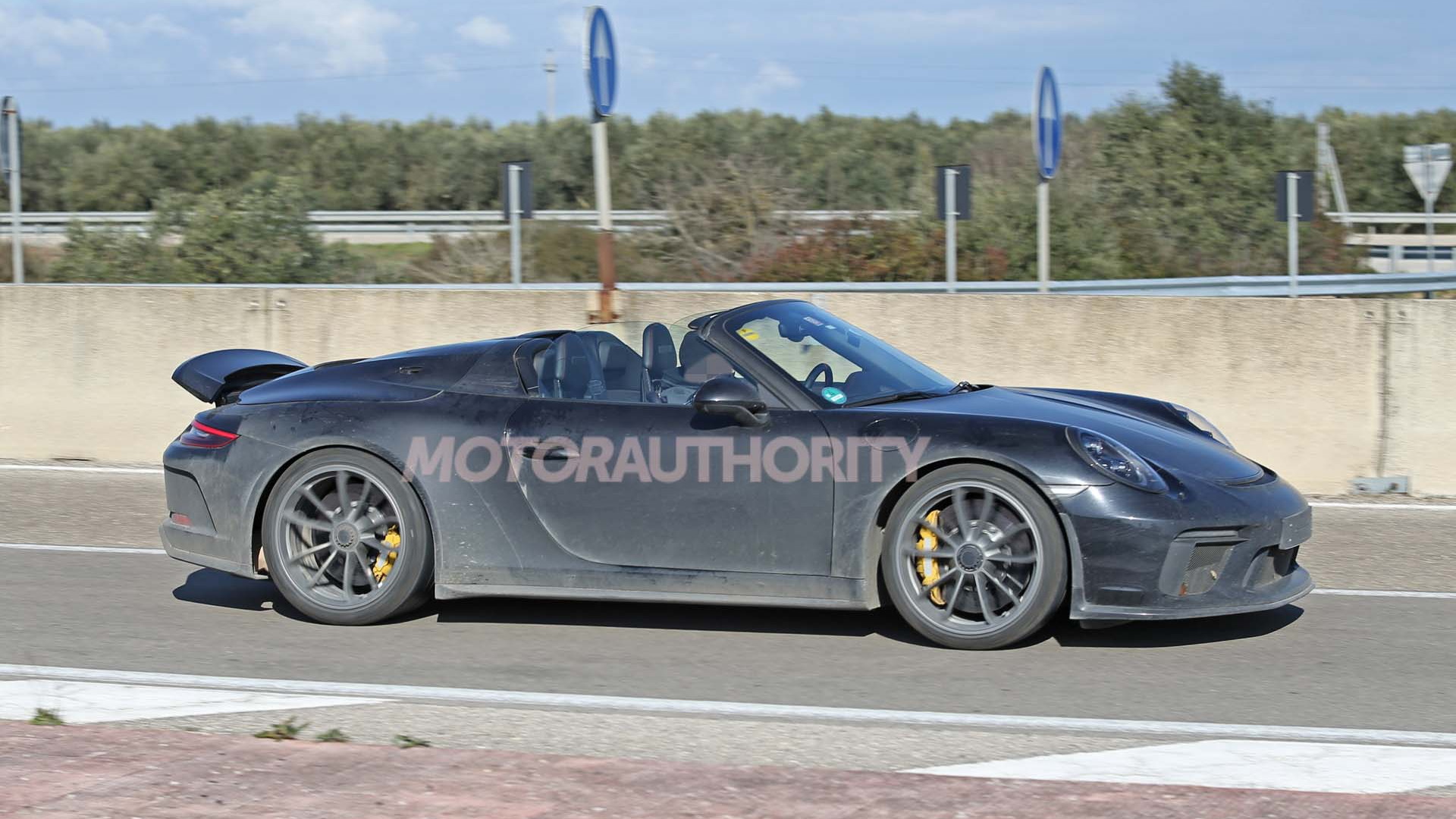 There's a new generation of the 911 waiting in the wings but before it arrives Porsche will launch one last hurrah for the current-generation 991 911 family.

The car will be a limited edition 911 Speedster, which was previewed in concept form in June as part of Porsche's 70th anniversary celebrations. Some readers will recall Porsche launched a Speedster with the previous-generation 997 911 family.

A prototype for the new 911 Speedster has now been spotted. It looks almost identical to the concept, though misses out on the cool retro side mirrors.

We can see signs of a double-bubble rear deck as well as the car's more streamlined soft-top roof hiding under a hard cover. The windshield is also more raked than on other 911 models from this generation.

Interestingly, the car looks to be based on the 911 GT3 platform (the last one was based on the Carrera GTS). Key giveaways are the front bumper and hood with their extra intakes, plus a center-mounted exhaust, uprated brakes, and wide rear haunches devoid of any side intakes.

This means there's likely a 4.0-liter flat-6 in the rear delivering 500 horsepower and 339 pound-feet of torque to the rear wheels. Expect a 6-speed manual to be the standard option, though a 7-speed dual-clutch transmission may be offered as an alternative.

Look for the 911 Speedster to debut late this year as a 2019 model. An appearance at the Geneva auto show or Goodwood Festival of Speed is a strong possibility.

The Speedsters reconnect the 911 to classics like the original 356 Speedster and later 550. The cars are strict two-seaters and come loaded with the 911's top-shelf options. They also tend to feature a few retro items.