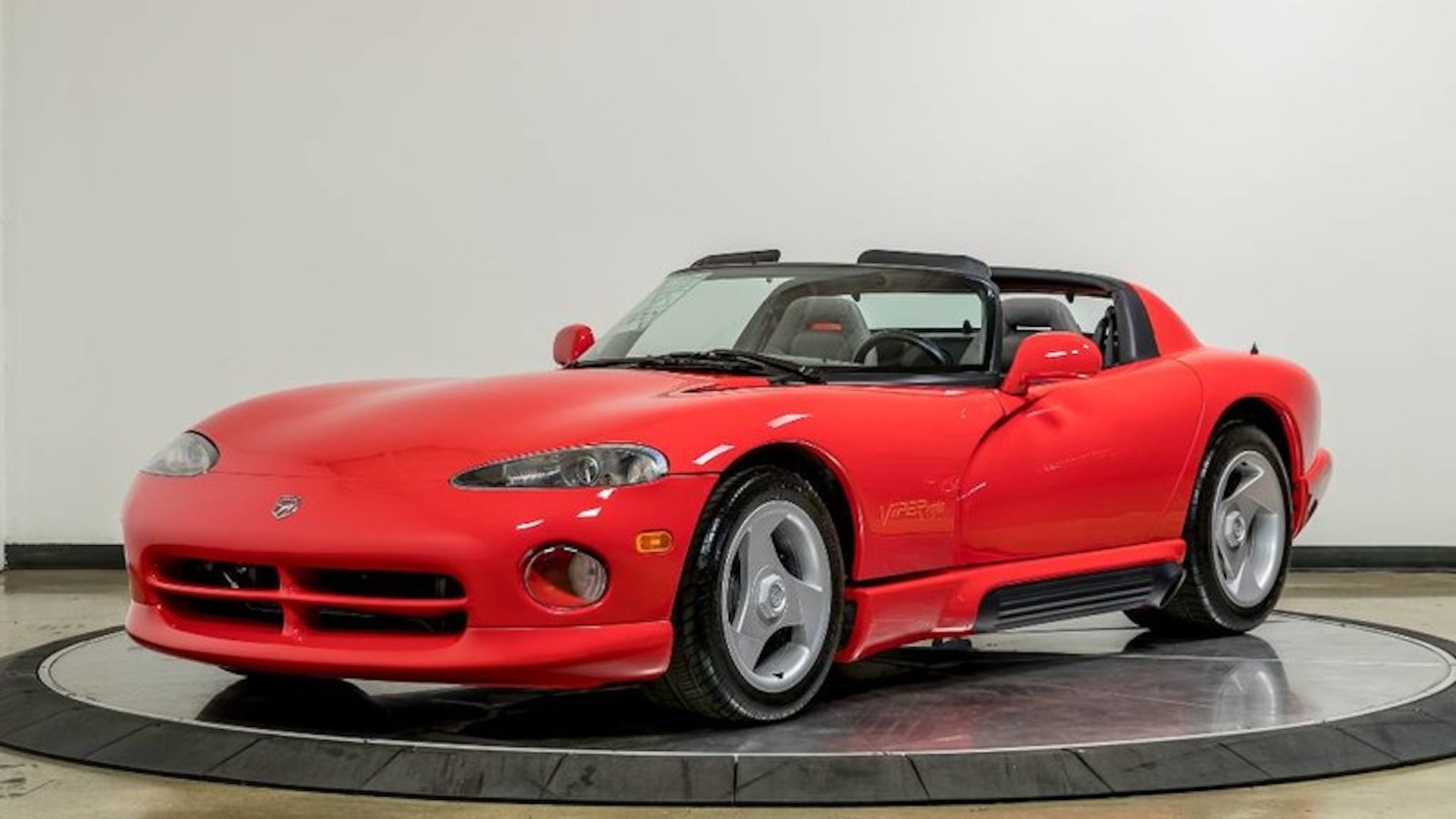 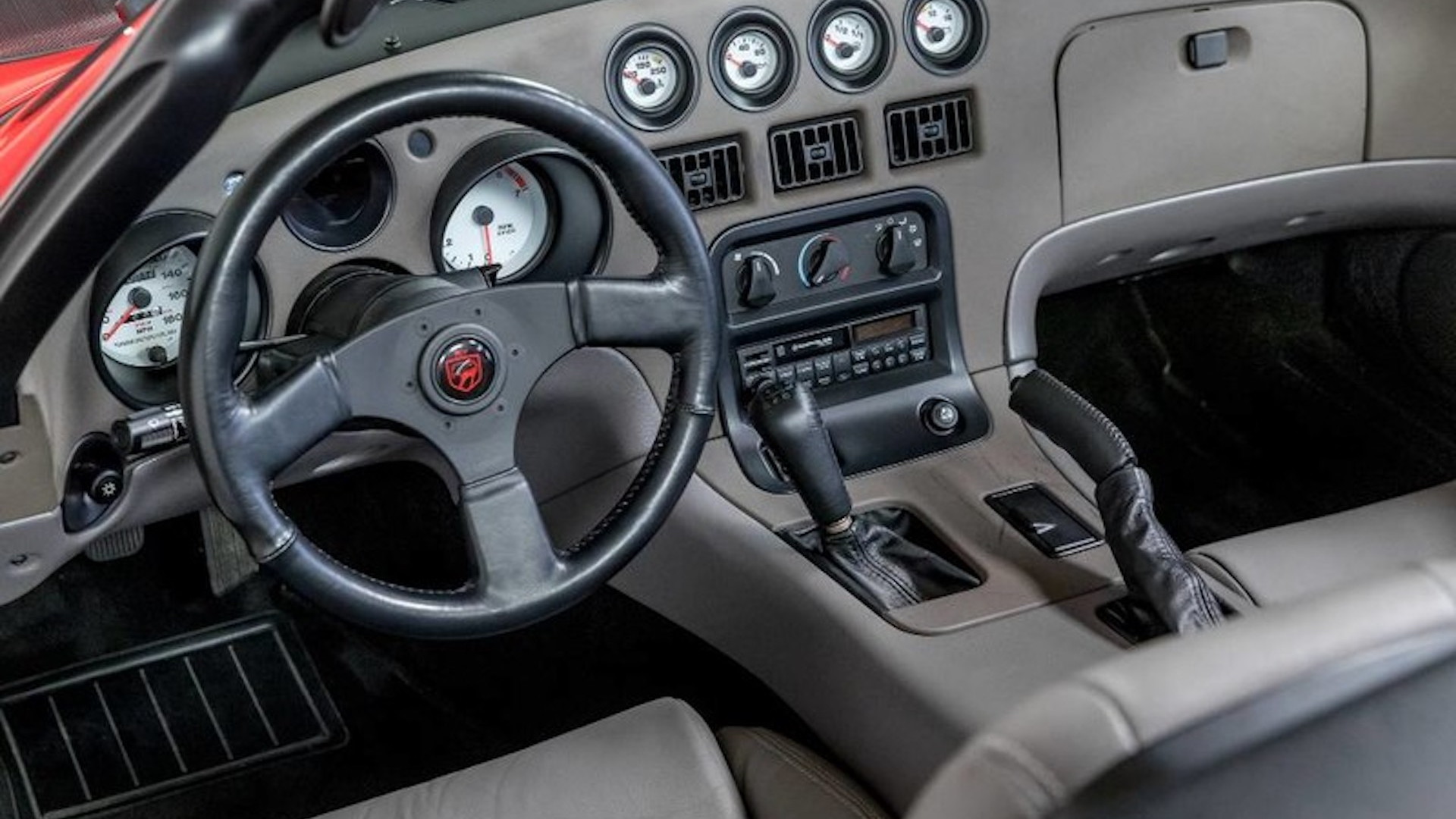 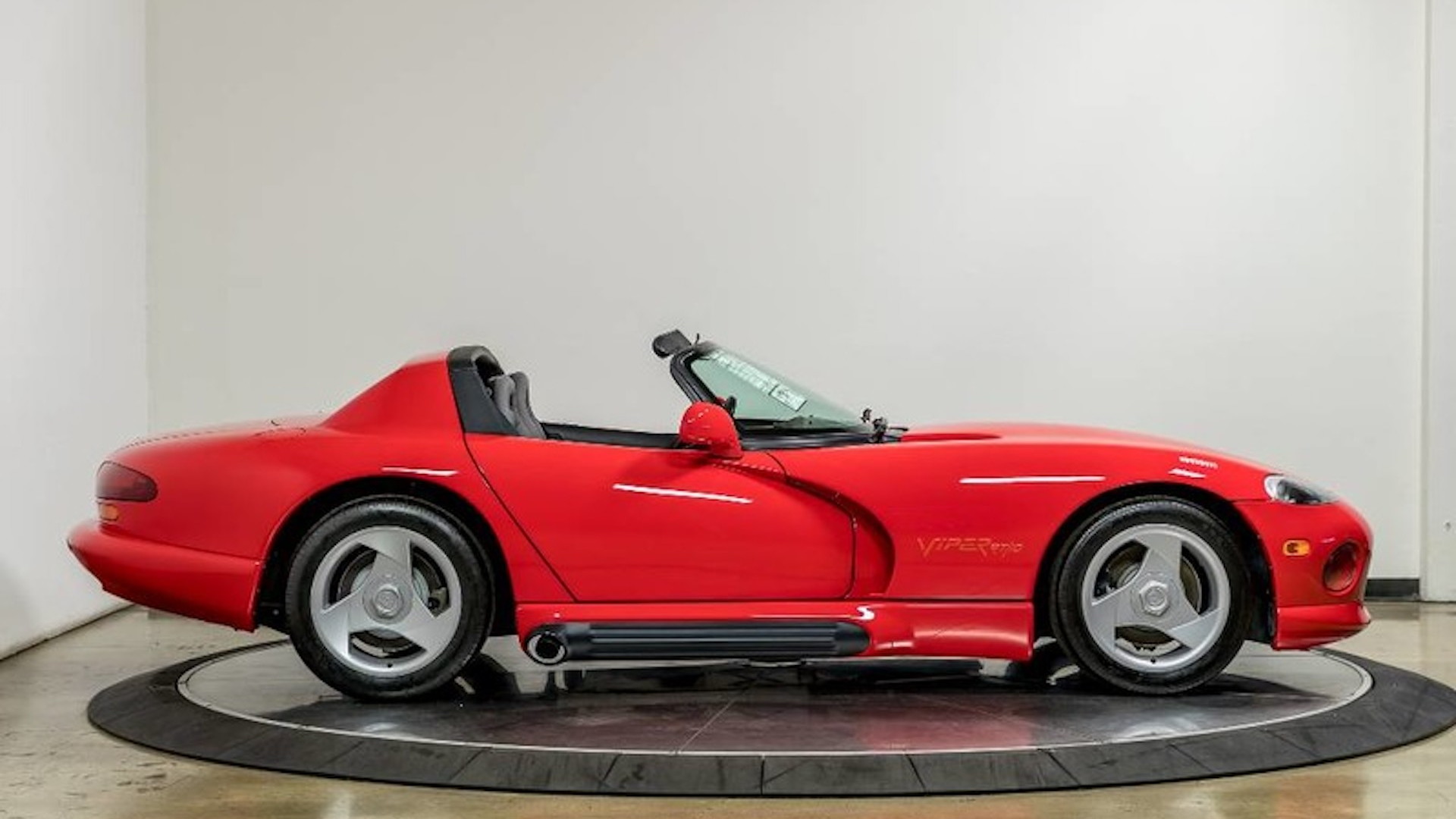 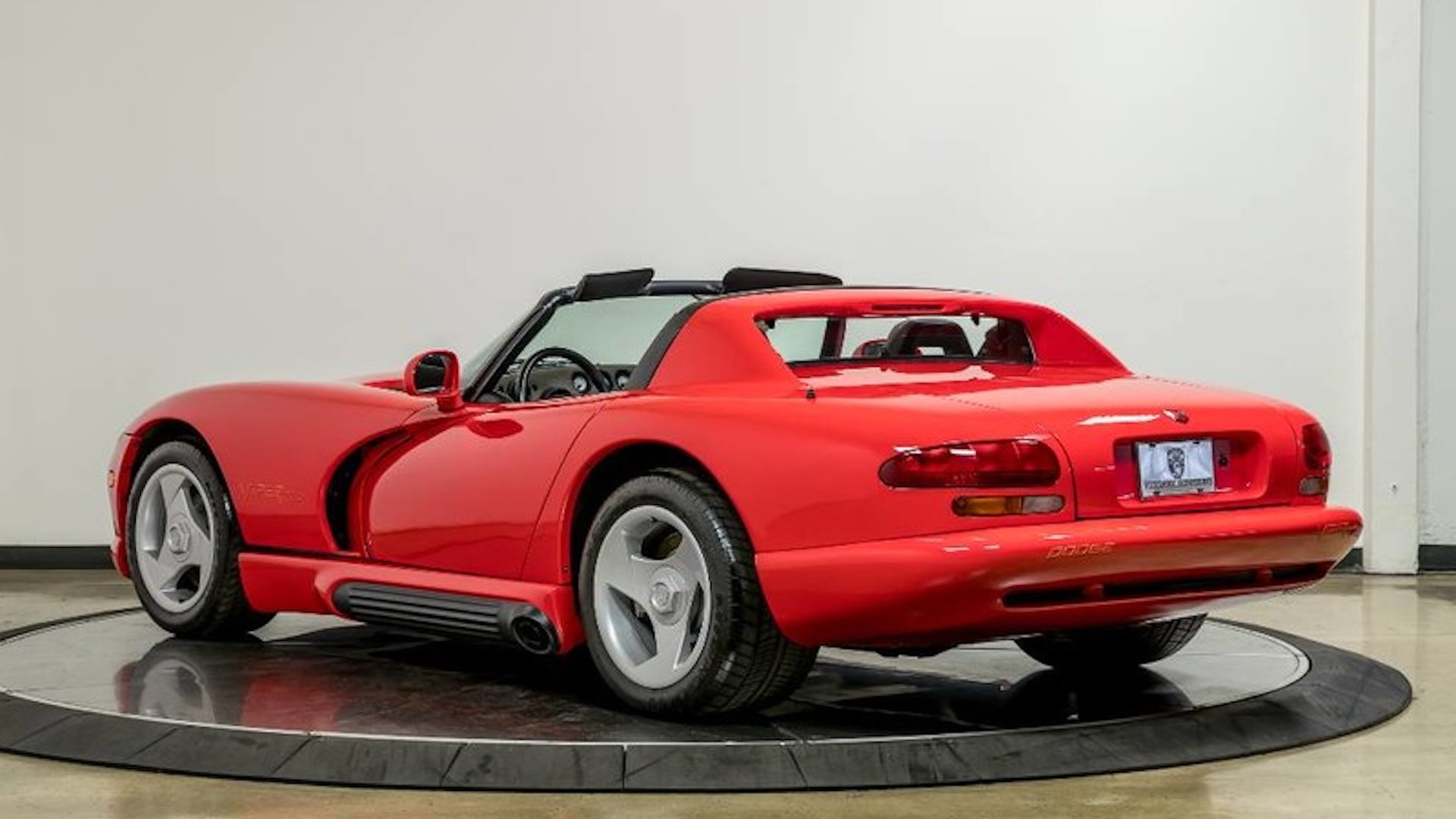 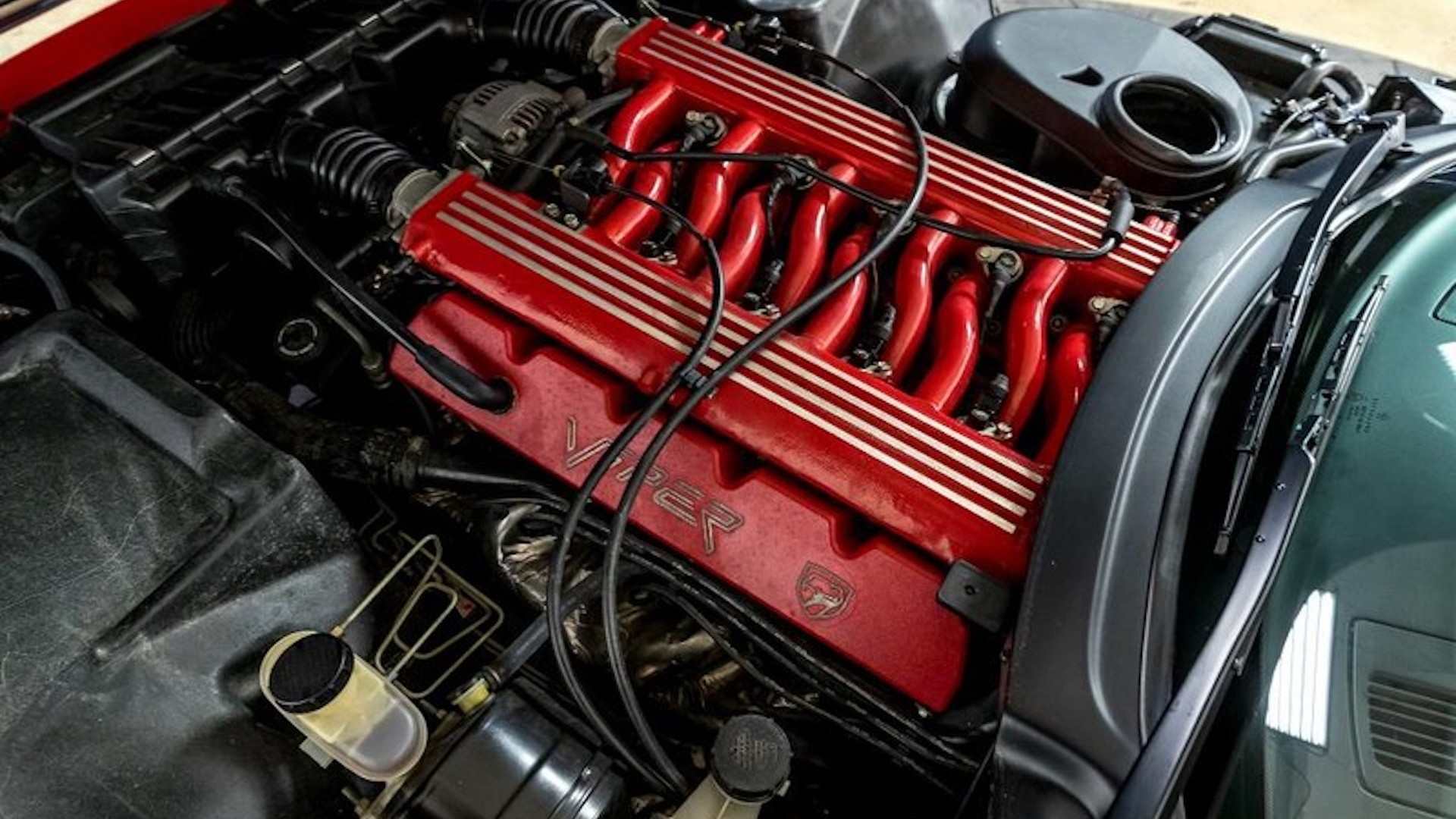 The Dodge Viper left this world in 2017 and we have a feeling that fact has done good things for the cars' values. Case in point, this 1992 Dodge Viper for sale on eBay.

However, what's really bound to drive up the price of this car is the fact it was purchased new and has since sat stored in a climate-controlled garage. Just 34 miles show on the odometer. This is probably as close as one can get to a factory-fresh 1992 Viper. The eBay listing isn't heavy on information, but it says this is a one-owner car and that owner is a car collector who clearly saw value in letting the car sit for nearly three decades.

The Viper has, according to the listing, been started daily to keep the mechanical parts moving, and it recently had a service appointment. The gas tank was drained and filled with fresh fuel, new fluids were topped off, and all filters were replaced. The car even sits on its original tires, which supposedly have no bald spots or cracks.

The photos show exactly what the information describes: a basically new 1992 Viper. The paint appears flawless, the interior shows no signs of wear, and the engine compartment looks tidy, though that V-10 is probably begging to get out on the road. These first Vipers featured an 8.0-liter V-10 engine borrowed from the Dodge Ram at the time. Chrysler sent the hulking engine to Lamborghini for refinement; it returned with an aluminum block and heads, and it made 400 horsepower.

There's still a week left on the auction, and the "Buy It Now Price" is $99,885. Hopefully, the car goes to a very deserving home.