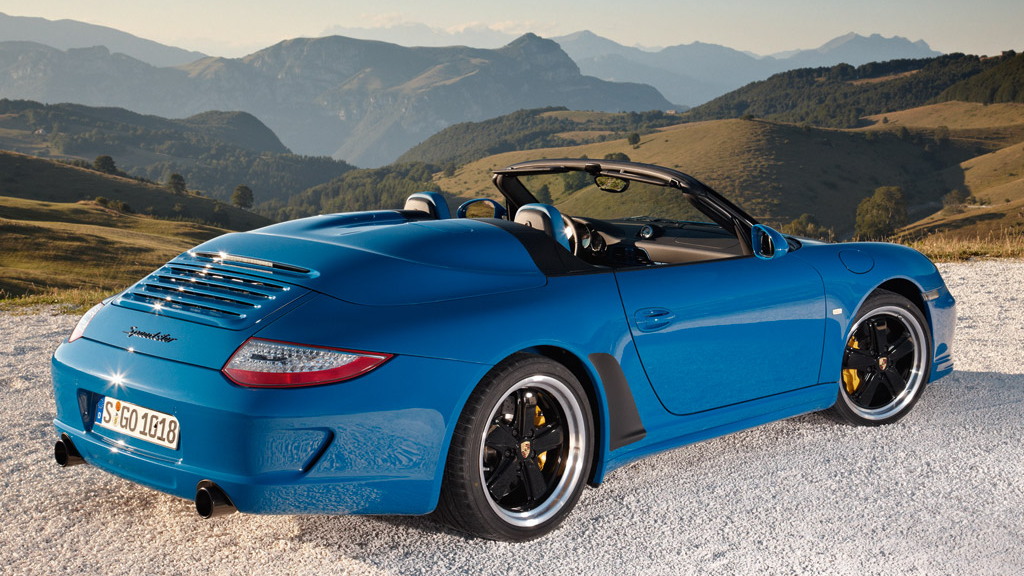 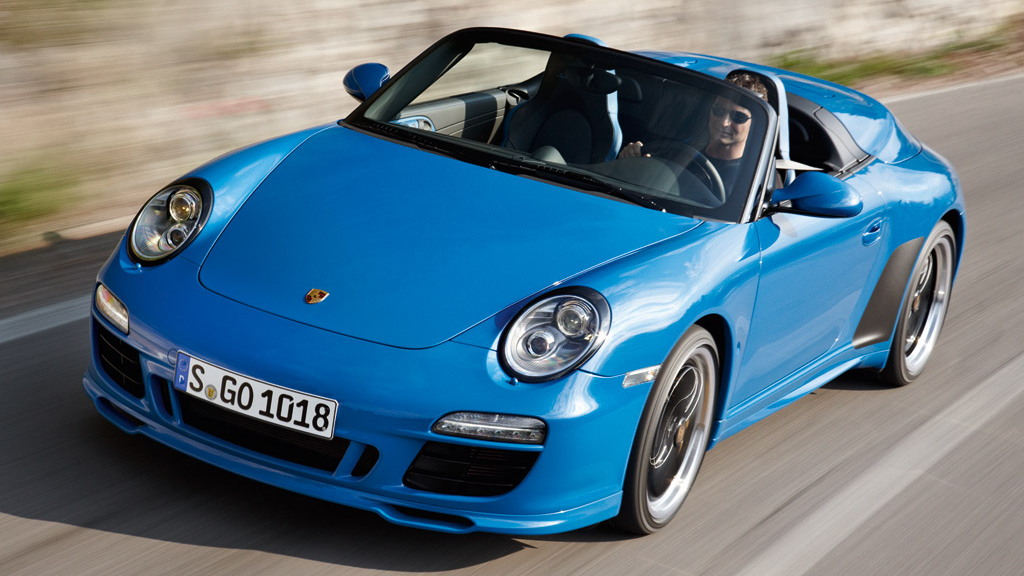 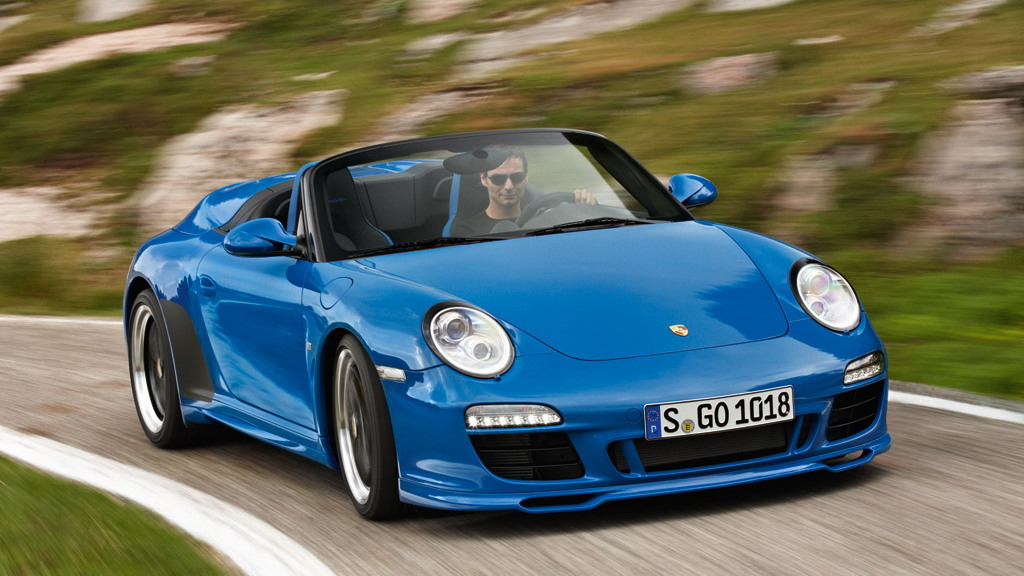 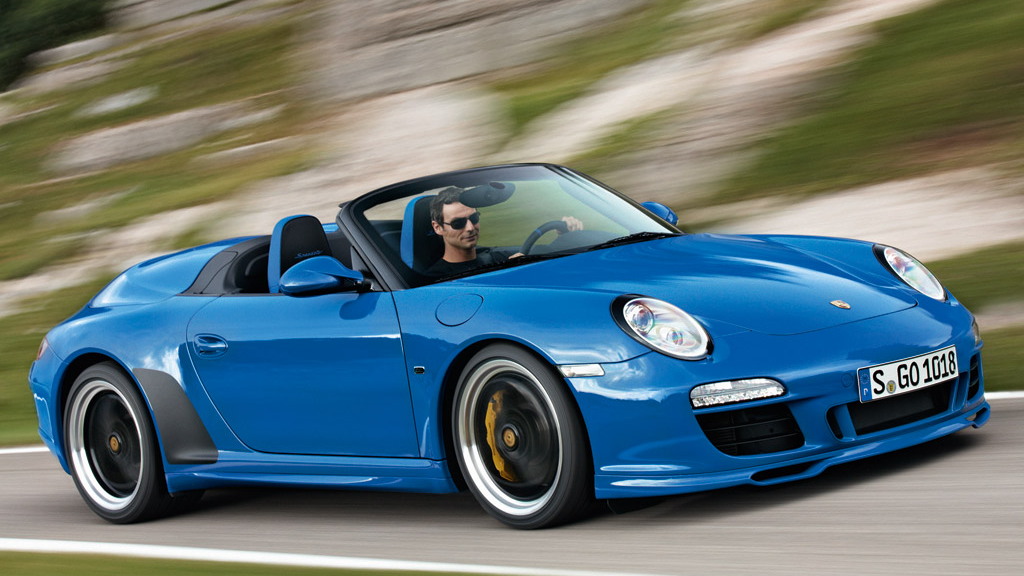 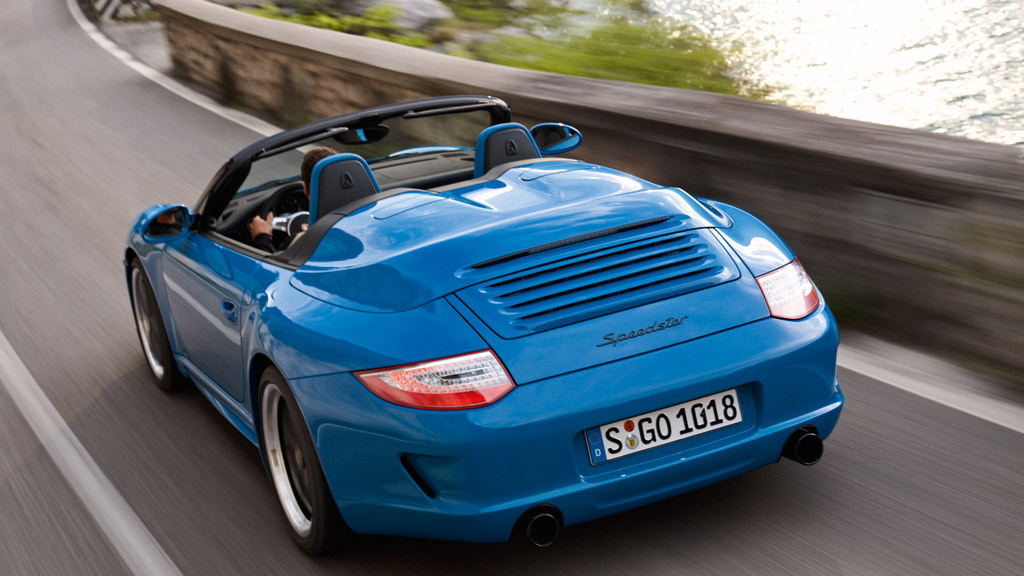 Though we still haven't managed to get behind the wheel of the new Porsche Boxster Spyder, we're convinced it's the right direction for Porsche--at least as an available option. And soon, the brand will be adding a similar, but potentially even better, option to its range in the form of the new 911 Speedster, which has been revealed today ahead of its world debut at the 2010 Paris Auto Show next week.

Paying homage to the first Porsche model that bore the name Speedster, the 356 Speedster, the production run for the new model is limited to just 356 cars.

The two-seater is significantly different from the other members of the 911 family: it sits 60 mm lower, has a more raked windscreen and features the characteristic double-bubble hardcover for the Speedster’s soft-top roof. As it’s based around the new Porsche 911 GTS, which will also be on display in Paris next week, the 911 Speedster also features a rear-wheel drive layout but with the 44 mm wider rear end of the Carrera 4 all-wheel drive model.

Additionally, the 911 Speedster is available with almost every option in the 911 family, as well as a unique “Pure Blue” paint scheme, a special front apron, specific sideskirts and a distinct rear apron.

In 1953, the Speedster series was launched with a sports car based on the Porsche 356, which had two sports bucket seats, doors with slide-in plastic side windows, and a shortened, elegantly curved windscreen. It weighed a mere 1,670 pounds, managed just 40 horsepower in some guises and is considered by many to be one of the first modern sports cars.
In 1988, the Speedster based on the 911 Carrera celebrated its revival with an added feature. For the first time, the hood compartment lid had the characteristic double bubbles. In 1993/1994, the next evolutionary stage of the 911 Carrera was ushered in with yet another Speedster.

Now we have a new chapter of Porsche Speedster history with the latest 911 Speedster. First sales will start in Europe this December and should be followed by a U.S. launch shortly after.